Accessibility links
Census: Smartphones Bridging Digital Divide : Code Switch More Americans are using the Internet than ever before, and smartphones could be bridging the divide among race and ethnic groups. 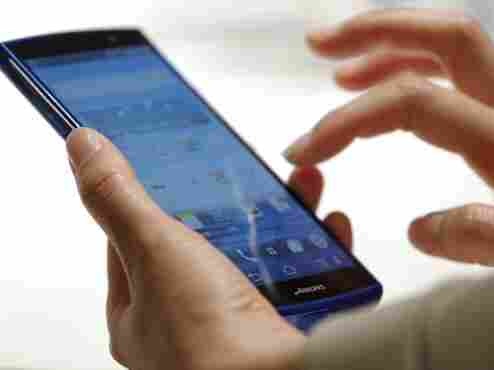 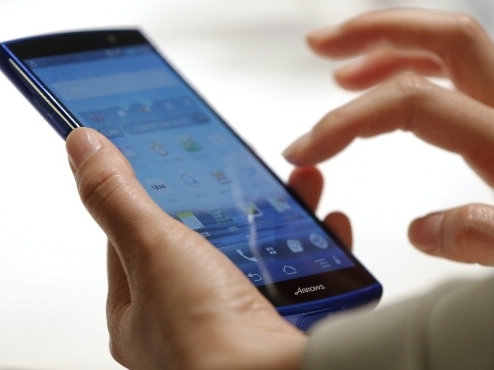 The U.S. Census Bureau reported Monday that the proliferation of smartphones is reducing historic Internet use disparities among different race and ethnic groups.

Smartphones appear to be increasing the rates in which blacks and Hispanics access the Internet, helping reduce disparities with whites and Asians, a government report said Monday.

The U.S. Census Bureau survey was the first time the agency asked respondents about whether they used smartphones to go online, allowing a comparison of each racial and ethnic group's overall digital activity. The bureau said that whites and Asians were more likely to have access to a home Internet connection.

Those figures changed significantly when respondents were asked whether they got online with a computer at home. Overall, disparities remain but they've narrowed: Asians (78.3%), non-Hispanic whites (72.5%), blacks (53.8%), Hispanics (51.2%).

The findings related to smartphones were part of a larger report about Internet use in America, released annually by the bureau as part of the Current Population Survey. You can access the data here.

In 2011, more Americans connected to the Internet than ever before. Roughly 7 in 10 Americans use the Internet at home, up 20 percentage points from a decade before, according to the survey.

Matt Stiles is data editor on NPR's News Applications team. You can follow him on Twitter at @stiles.