Accessibility links
@TodayIn1963 Captures Moments From A Historic Summer : Code Switch The summer of 1963 was a pivotal one in U.S. history. We'll be replaying events from all throughout that summer on our Twitter account @TodayIn1963. 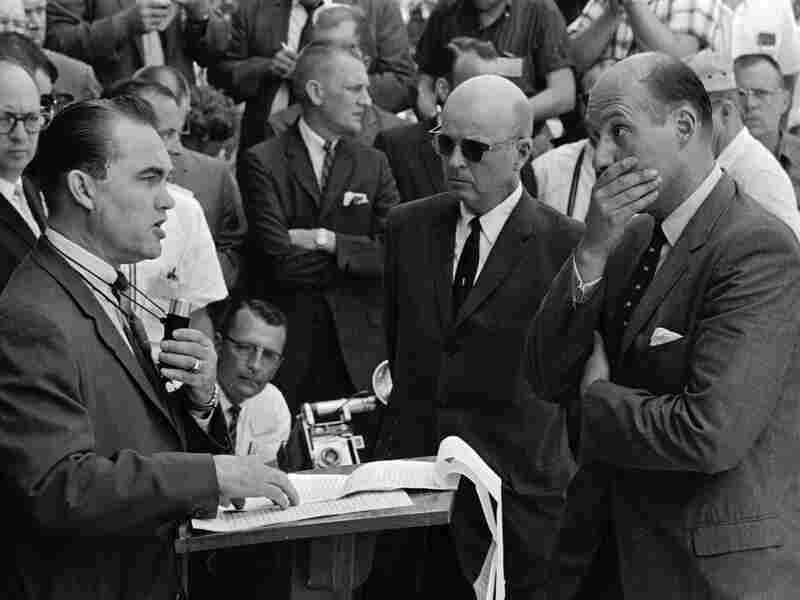 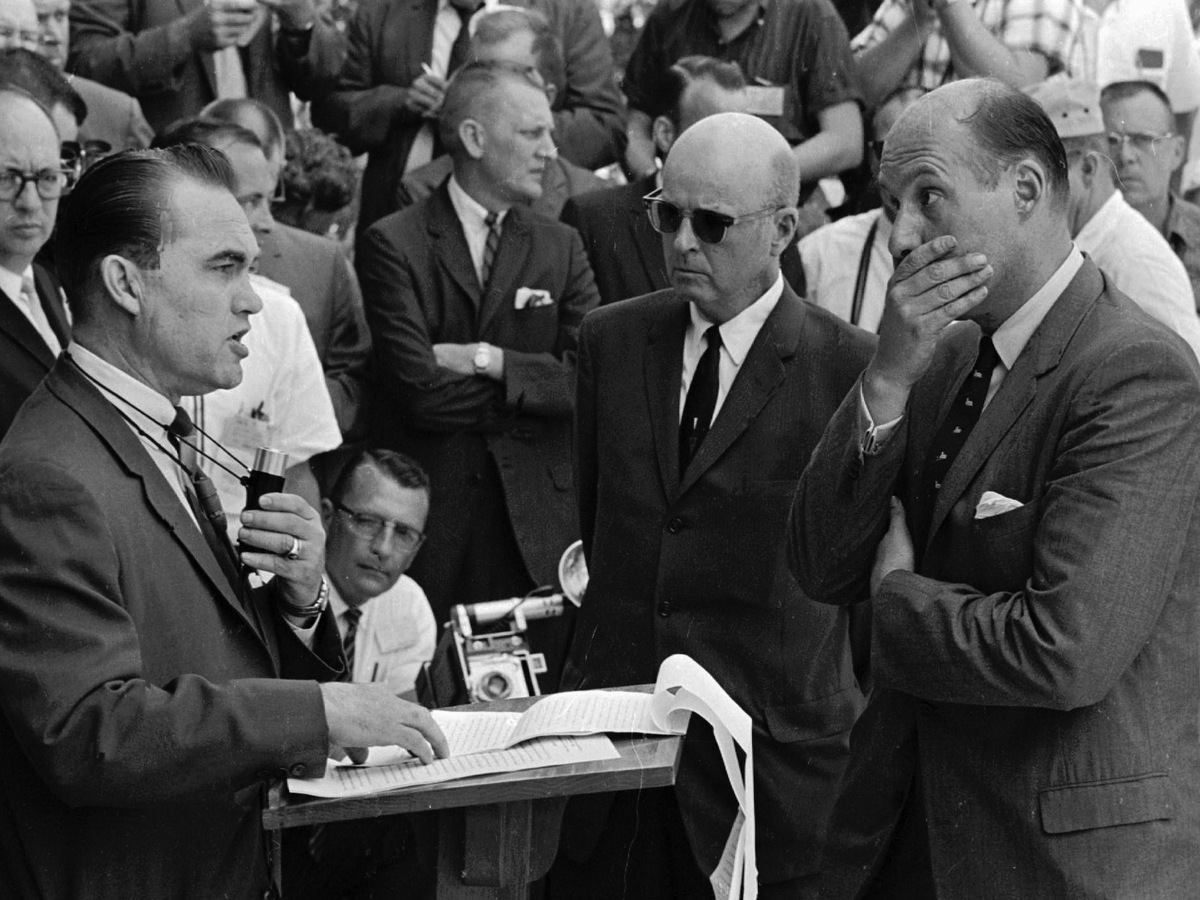 Gov. Wallace promises to block black students from enrolling at the University of Alabama while Nicholas Katzenbach, deputy attorney general of the United States listens.

You might notice a bit of history peppered throughout your Twitter feed over the next few months.

The summer of 1963 was a pivotal one in U.S. history, and we'll be replaying events from all throughout that summer on our Twitter account @TodayIn1963. Inspired by historical Twitter accounts such as @RealTimeWWII and @TitanicRealTime, and with the help of JoElla Straley (one of NPR's rock star librarians), we've collected details that reflect the texture of that era as the Civil Rights Movement took off.

Sometimes, those details can get lost in the haze of big moments. June 11, for example, was the 50th anniversary of what's become known as the "stand at the schoolhouse door" by the late Alabama governor George Wallace, who tried to block Vivian Malone and James Hood from being the first African-Americans to enroll at the University of Alabama.

Connor: "Don't go around at the University. Let the law enforcement agents... that's what you got them hired for."

In the run-up to this milestone, we saw Eugene "Bull" Connor — the staunchly segregationist public safety commissioner remembered for turning dogs and fire hoses on nonviolent protestors in Birmingham — calling for caution at a White Citizens' Council rally. "Don't go around at the University," Connor urged the crowd. "Let the law enforcement agencies — that's what you got 'em hired for. ... If we don't have any trouble, we can beat 'em at their own game."

All through the summer, NPR is telling stories sparked by the events of 1963, such as Michele Norris' interview Tuesday morning with the daughter of George Wallace. And we'll be compiling some of the more momentous series of tweets from @TodayIn1963 in slideshows like this one, which you can scroll through by using your keyboard's arrow keys.

As well as moments from the Civil Rights revolution, @TodayIn1963 will also include nuggets that reference the time period, so don't be surprised if you see Billboard hits or other tidbits of everyday culture.

If history requires spoiler warnings, then here's one: The events at the University of Alabama 50 years ago Tuesday pass without much violence, and President Kennedy gives a historic, nationally-televised speech on civil rights. But the night doesn't end without a terrible tragedy. We hope our tweets from @TodayIn1963 will be vivid reminders of the highs and lows of the era.