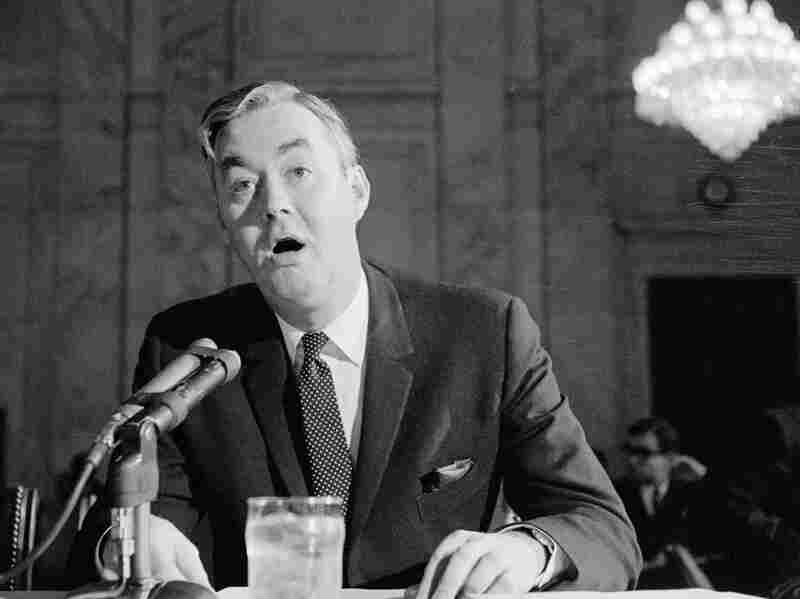 Daniel P. Moynihan appeared before the Senate Government Operations subcommittee in 1966. He had conducted a study on poverty among blacks. Bettmann/Corbis hide caption 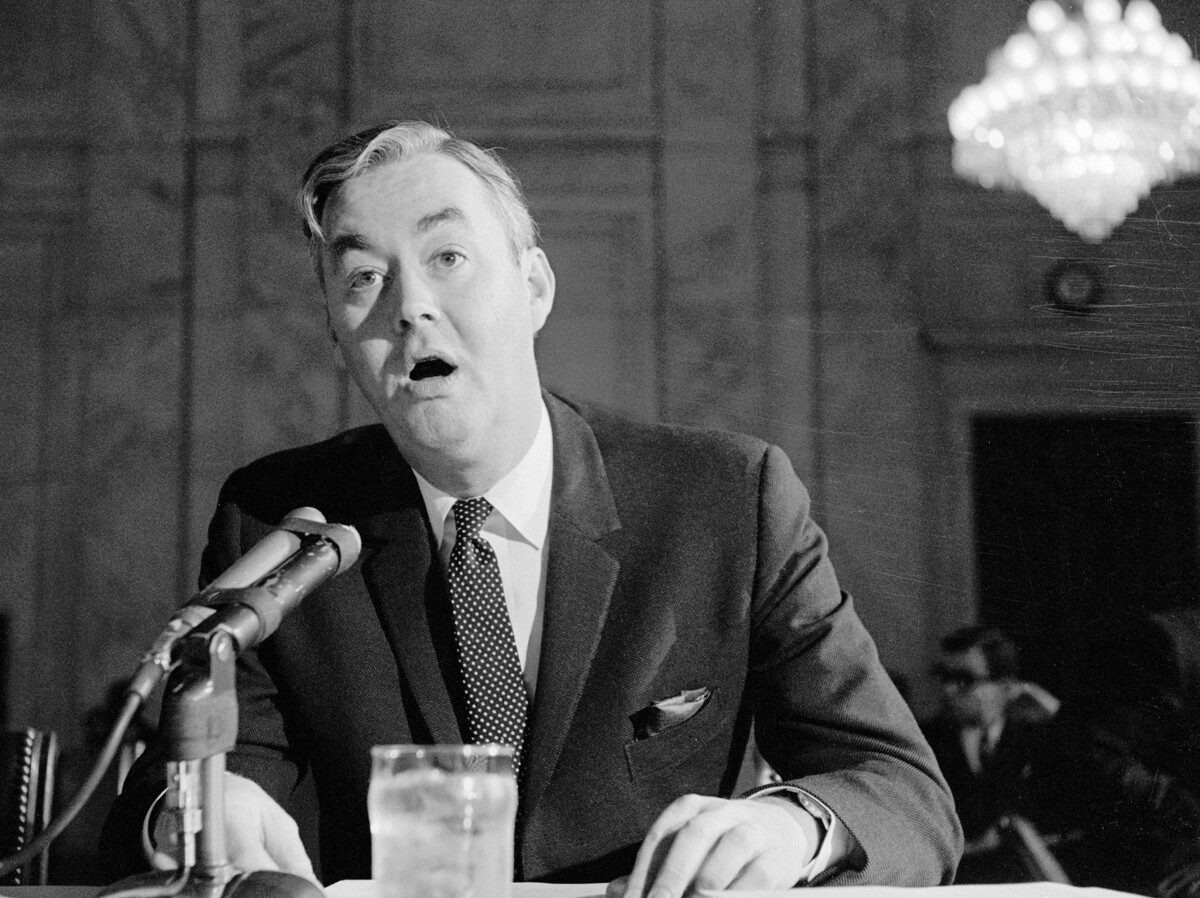 Daniel P. Moynihan appeared before the Senate Government Operations subcommittee in 1966. He had conducted a study on poverty among blacks.

On Wednesday, the Urban Institute released a new report that revisits a famous study conducted almost 50 years ago by the late Sen. Daniel Patrick Moynihan. The original study, "The Negro Family: The Case for National Action," was written by Moynihan when he was an assistant secretary at the U.S. Department of Labor. In the report, Moynihan listed a series of ills he argued had helped cause poverty in black America.

"About a quarter of Negro families are headed by women. The divorce rate is about 2 1/2 times what it is [compared with whites]," Moynihan said. "The number of fatherless children keeps growing. And all these things keep getting worse, not better, over recent years."

"We got single moms out here. They're heroic what they're doing. We're so proud of them," Obama said. "But at the same time, I wish I'd had a father who was around and involved."

Since the release of the Moynihan report, significant progress has been made for middle-class blacks, but there has been little economic improvement for the black poor, says the Urban Institute's Gregory Achs. Achs says the same disparities Moynihan noticed 50 years ago remain in place today.

Several problems create a stubborn tangle that enables poverty to thrive today: Untreated trauma from wars in Vietnam and the Middle East; persistent unemployment; public school systems that offer no vocational training for students who can't or don't want to go to college; and a two-tiered justice system that is much harsher on black men.

Kenneth Braswell, executive director of the nonprofit organization Fathers Incorporated, thinks the issues black families face today are much more complex than they were back then. Braswell helped write the Urban Institute report.

Braswell, himself the son of an unwed mother, was a toddler when the original Moynihan report came out. But he remembers the oppressive atmosphere of welfare monitoring.

"Whenever one of us as kids saw that car pull up to the building, we were told to immediately run into the building and let everyone know the social worker was there," Braswell recalls.

He says the 1974 movie Claudine captures the era faithfully when a social worker asks the main character Claudine if she'd "been sleeping with a man."

"Am I not supposed to see a man?" demands the affronted Claudine. "Am I a damned nun?"

To which the social worker replies: "No, but if you've been sleeping with a man and he's been giving you things, I'm sorry, but I have to know."

Braswell says that 50 years later, some of welfare's most intrusive policies have changed, but life hasn't gotten much easier for the black poor.

The current study also includes Hispanics because of their demographic prominence. But the situation for Latinos is a bit different, says Achs: "On average, their outcomes, whether it's unemployment, poverty [or] children growing up in single families, they tend to fall between blacks and whites."

Braswell says he'd like to look at these numbers more closely in the future to see what role cultural norms play in the poverty rates of various ethnicities.

But in the meantime, even Americans who don't live in poverty have a vested interest in reducing it for ones who do.

Achs warns: "If we let kids grow up in poverty, in single families, going to bad schools, they're going to grow up to become dependent adults. The cycle will just repeat."