Accessibility links
How Do You Teach The Civil Rights Movement? : Code Switch As part of NPR's series marking 50 years since the summer of 1963 — a formative time in American politics and culture — we turn to Jackson, Miss. There the story of a summer youth workshop meant to bring the Civil Rights Movement out of the past and into the 21st Century unfolds. 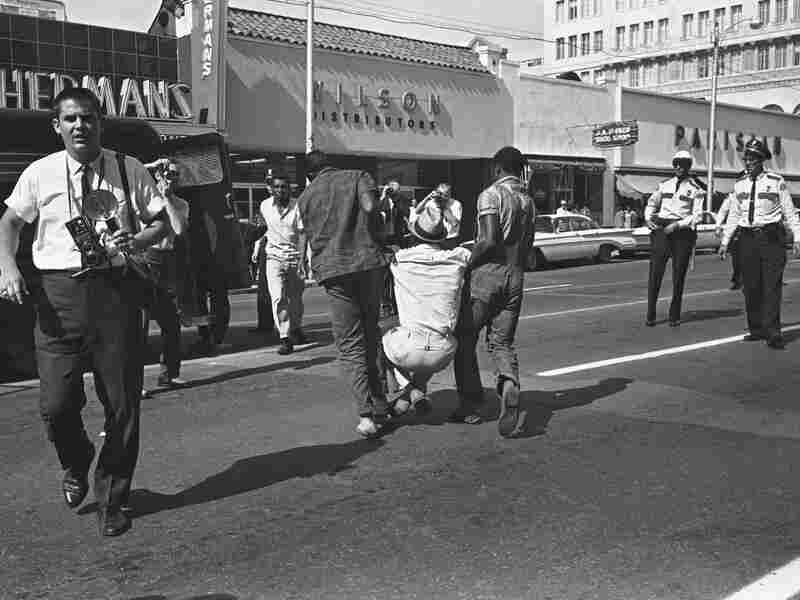 A protestor is carried away from a demonstration in Jacksonville 50 years ago. Jim Bourdier/AP hide caption 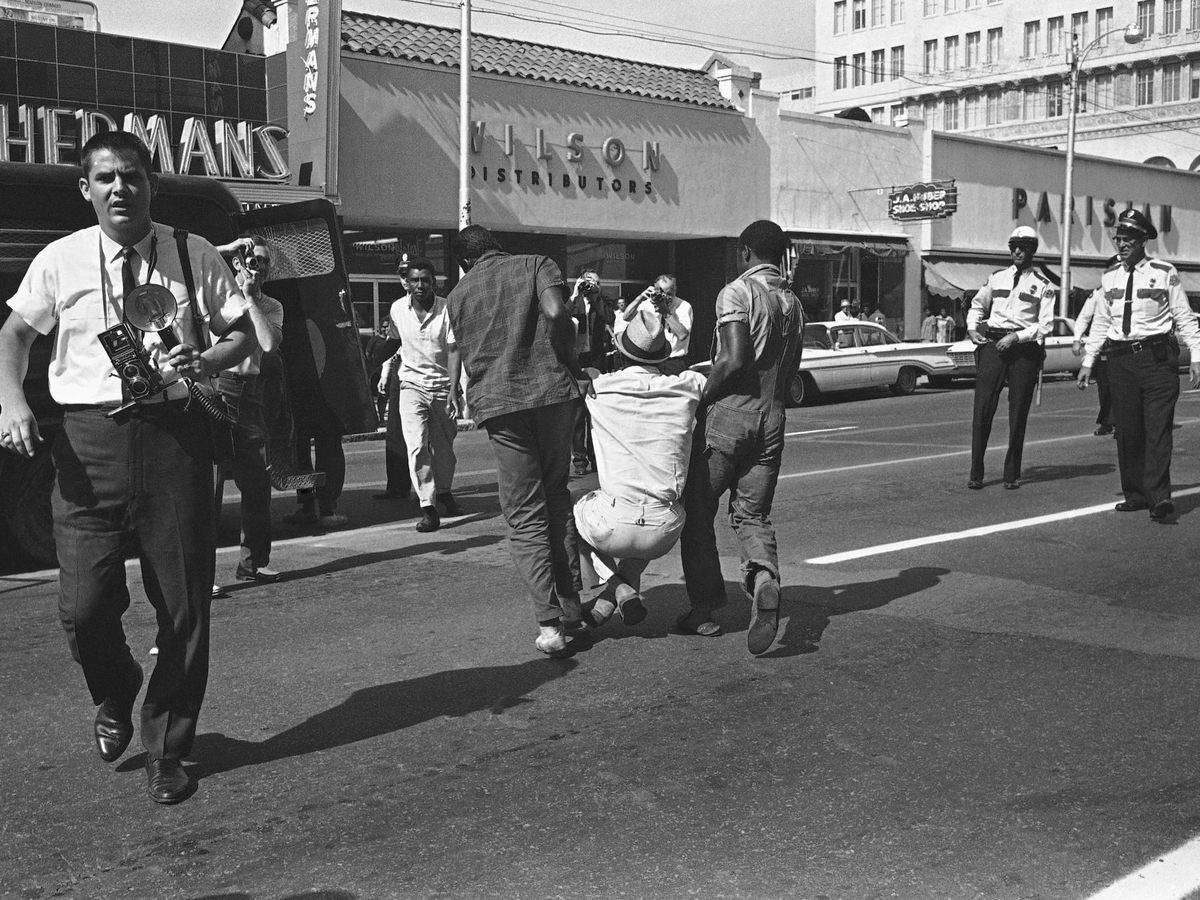 A protestor is carried away from a demonstration in Jacksonville 50 years ago.

Note: As part of NPR's series on the summer of 1963, reporter Cory Turner headed to Jackson, Miss. to take a look at how folks are teaching the Civil Rights movement to kids who weren't a part of it — and making the lessons stick.

Much has changed in the past 50 years, since the height of the Civil Rights movement. But how do you teach the Civil Rights to kids who haven't ever experienced it? In Jackson, Miss., Fannie Lou Hamer Institute's Summer Youth Workshop tackles that question.

Take 13-year-old Jermany Gray, for instance. Gray and his fellow students are all African-American, and many of them are from Jackson. They're familiar with the struggle for civil rights — they read about it in text books and saw it in museum exhibits. But for most, it's a story that ended long before they were even born.

Gray has no problem talking about what the Civil Rights movement was back in the '60s, but when asked what it means to him these days, the answer doesn't come as easily.

"What does it mean? I'll have to think about that question," he said. "Maybe I can answer that at the end of the week."

That's the typical challenge, according to Michelle Deardorff who is the chair of political science at Jackson State and who also helped found the Hamer Institute.

"The image I give when I talk about this is a tree, and the tree is democracy. And a chain link fence was around it," said Deardorff, who used the idea of the fence to represent racism and slavery. "And as the tree grew, it grew around the fence. We've now pulled the fence out... but the tree is shaped by it forever."

During the workshop, the kids rub elbows with long-time activists and hear their stories first-hand. They also tour historic Jackson, which was once home to the slain civil rights leader Medgar Evers. But it's visiting downtown that brings about the challenges of past and present.

Jackson is no longer officially segregated, but most white families left the city and its schools long ago. Today, Jackson is 80 percent black, and its public schools are 98 percent black. Despite having a successful black middle class, the median household income is still just $34,000 dollars — and more than one in four people live in poverty.

Charles McLaurin was around during the Civil Rights movement. He's experienced a far different life than the students at the youth Civil Rights workshop. McLaurin said he knew Evers for about a year, when Evers bailed him out of jail after the FAIR demonstration.

"A kid asked me one day as I was speaking to a group up in sunflower county: 'Where has the civil rights movement gone?'" McLaurin said. "And after thinking awhile, I looked at all the kids in the audience, I said the Civil Rights movement is in you."

His message is clear: if something in your community is broken, fix it.

But even after teaching students about the Civil Rights movement, how do you make it current — so that it's relevant to these kids' lives?

Over at the Hamer workshop, students talked about their own civil rights movement: To reduce teen pregnancy, increase graduation rates and fight crime. How, though?

So they take part in a youth congress, with kids from across Mississippi, many of whom are older and already changing their communities.

One of those students is De'Vante Wiley, a 19-year-old from Greenwood, Miss. who attended a similar workshop and left it determined to fight obesity in his community.

"As soon as I got home, I went straight to the mayor of my city to get her to be on my side and help me initiate my projects and right then and there she was all for it," Wiley said.

And today, Greenwood has a community garden.

We're curious: How were you taught the Civil Rights movement? Teachers, how do you teach it? What are the best ways to help kids learn about an important era — but also understand how it's manifested today?