Accessibility links
Stuff You Might Have Missed In The Paula Deen Brouhaha : Code Switch Some people are ready to batter and fry the Food Network star after reports that she admitted in a deposition to using racial slurs in the past. But there's other, well, interesting stuff in the deposition transcript. We share some of it here.

Stuff You Might Have Missed In The Paula Deen Brouhaha

Stuff You Might Have Missed In The Paula Deen Brouhaha 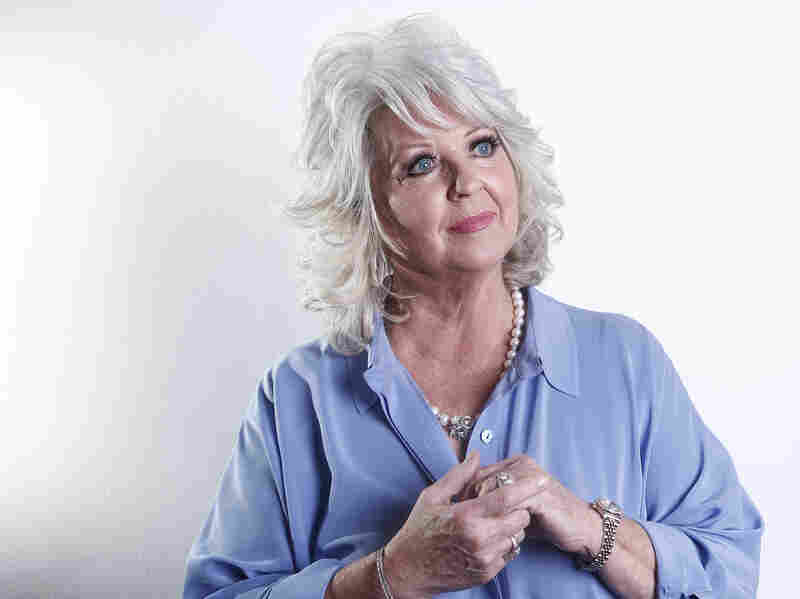 Celebrity chef Paula Deen poses for a portrait on Jan. 17, 2012, in New York. In her deposition for a lawsuit by a former employee, Deen admits to having used racial slurs, among other things. Carlo Allegri/AP hide caption 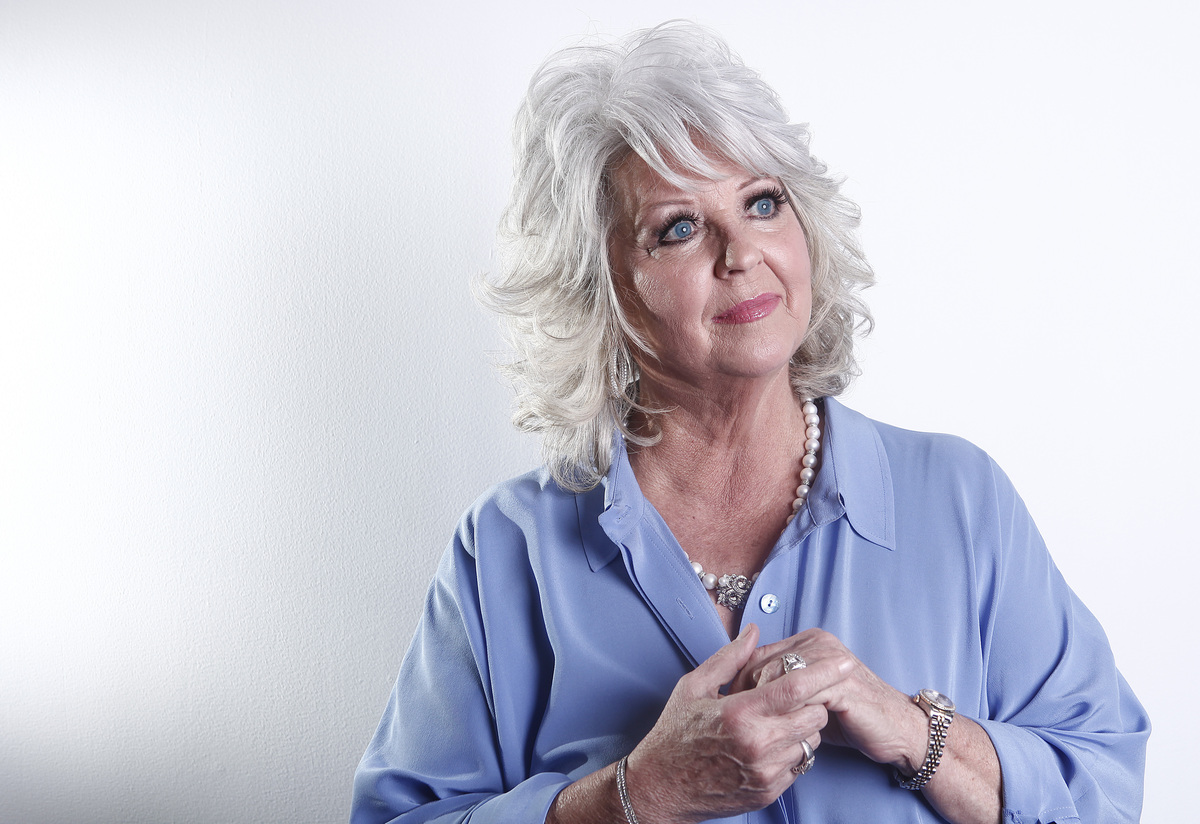 Celebrity chef Paula Deen poses for a portrait on Jan. 17, 2012, in New York. In her deposition for a lawsuit by a former employee, Deen admits to having used racial slurs, among other things.

UPDATE 4:44 p.m.: "Food Network will not renew Paula Deen's contract when it expires at the end of this month." — Food Network spokeswoman

UPDATE 4:30 p.m.: Paula Deen posted another video statement. Check it out at the end of the post.

The butter has hit the pan again for Food Network star and cookbook author Paula Deen. The National Enquirer was the first to report that Deen admitted to having used the N-word in a deposition for a discrimination lawsuit brought against her by a former employee. The entire deposition was filed into the court record as part of the lawsuit.

Full disclosure: I've been to her restaurant The Lady and Sons, in Savannah, Ga., and bought an apron that reads, "Country Cooking Makes You Good Looking." I wear it when I bake.

I decided to spend some time reading the deposition transcript, which was full of tidbits about the workplace environment. (I do these things so you don't have to, but if you are so inclined: the official transcript of the deposition).

That close read turned up some things of, well, some interesting things. Below, a few excerpts for your edification. The attorney asking the questions is Matthew Billips. He represents Lisa Jackson, a former employee of Paula Deen Enterprises. All the answers are Deen's.

Paula was not married to a sausage.

Q. OK and what was your first husband's name?

Q. And his last name?

Q. No relation to the sausage?

Paula's brother, Earl "Bubba" Hiers, is all up and through this thing — and not in a good way.

A. No. ... And just because he's got a sense of humor does not make him a bad person or incapable of running a business.

Q. Now, does his sense of humor include telling jokes about matters of a sexual nature?

A. We have all told off-colored jokes.

Q. OK. Does his sense of humor include telling jokes of a racial nature?

A. I'm sure those kinds of jokes have been told. Every man I've ever come in contact with has one.

Paula has used the N-word in the past, but "things have changed since the '60s."

Q. Have you ever used the N-word yourself?

A. Yes, of course. ... But that's just not a word that we use as time has gone on. Things have changed since the '60s in the South.

Q. Do you have any reason to believe, any basis on which to suspect that these people might want to sabotage you or sabotage your brother?

A. Not to my knowledge, but as — as my success grew, I realized that people can experience an emotion called jealousy.

A. Karl is the most judgmental person I know. And out of every team member on our team, he is certainly the most prejudice[d] ... he is a one-man jury.

Her second husband, Michael Groover, gets a mention, too.

Q. Were you ever aware ... that Mr. [Bubba] Hiers was viewing pornography in the workplace?

A. No. I know that men are really, really guilty of sending inappropriate jokes to each other. My husband would be under the jail if that were a sin right now.

Paula has meetings in the bathroom, just like President Lyndon B. Johnson!

A. It was probably in my bathroom. ... My bathroom is off of my bedroom and there's a sofa and two chairs, and it's a bathroom/den combination.

Paula is not massaging your hurt feelings. No.

Q. Have you ever used that term as a way of describing making someone feel better, to massage them?

Anybody can work up in front in Bubba's restaurant.

Q. When you and Mr. Hiers started Uncle Bubba's Seafood, was a decision made to hire only whites to work in the front of the restaurant?

A. No. ... Bubba and I, neither one of us, care what the color of your skin is or what is between your legs, it's what's in your heart and in your head that matters to us.

A. We hear a lot of things in the kitchen. Things that they — that black people will say to each other. If we are relaying something that was said, a problem that we're discussing, that's not said in a mean way.

Q. What about jokes, if somebody is telling a joke that's got —

A. It's just what they are, they're jokes.

Q. Would you consider those to be using the N-word in a mean way?

It's not all black and white for Paula.

Q. If you had been there on a daily basis, it's unlikely your brother would have been looking at pornography on the work computers, too, would you agree?

A. No, not necessarily.

Q. Would you have a problem with it if he's sitting there at work looking at pornography?

A. If someone sent him something and he pulled it up and looked at it, no, I would not persecute him for that.

Q. What if there were other employees in the office at the time that he pulled it up and looked at it?

A. You know, that's not black or white. It's — that's — it's not a black and white answer. ... Bubba, I don't think, would ever do that if he thought there was somebody in the room that he — it would insult.

Another bathroom meeting, wedding plans, and the Civil War era?

Q. Was Lisa ever present when you discussed with Brandon what kind of wedding you'd like to have?

A. I don't recall that. I recall — I do recall, once again, in my bathroom at that house and why we would have been in that bathroom, I was probably filming and changing clothes, that's the only reason we would have been in that bathroom, they must have run out during my lunch break or something from filming, and I remember us talking about the meal.

And I remember telling them about a restaurant that my husband and I had recently visited. And I'm wanting to think it was in Tennessee or North Carolina or somewhere, and it was impressive. The whole entire wait staff was middle-aged black men, and they had on beautiful white jackets with a black bow tie. I mean it was, it was really impressive.

And I remember saying I would love to have servers like that, I said, but I would be afraid that somebody would misinterpret.

Q. If you would have had servers like that, why would that have made it a really Southern plantation wedding?

A. Well, it — to me, of course, I'm old but I ain't that old, I didn't live back in those days but I've seen pictures, and the pictures that I've seen, that restaurant represented a certain era in America ... after the Civil War, during the Civil War, before the Civil War.

Q. Back in an era where there were middle-aged black men waiting on white people.

A. Well, it was not only black men it was black women. ... I would say that they are slaves. But I did not mean anything derogatory by saying I loved their look and their professionalism.