Accessibility links
Breaking Golf's Color Barrier In Birmingham : Code Switch In Birmingham, Ala., golf courses were one of the many municipal parks that officials shut down, rather than integrate. In June 1963, the city opened some of its golf courses to everybody — including blacks. 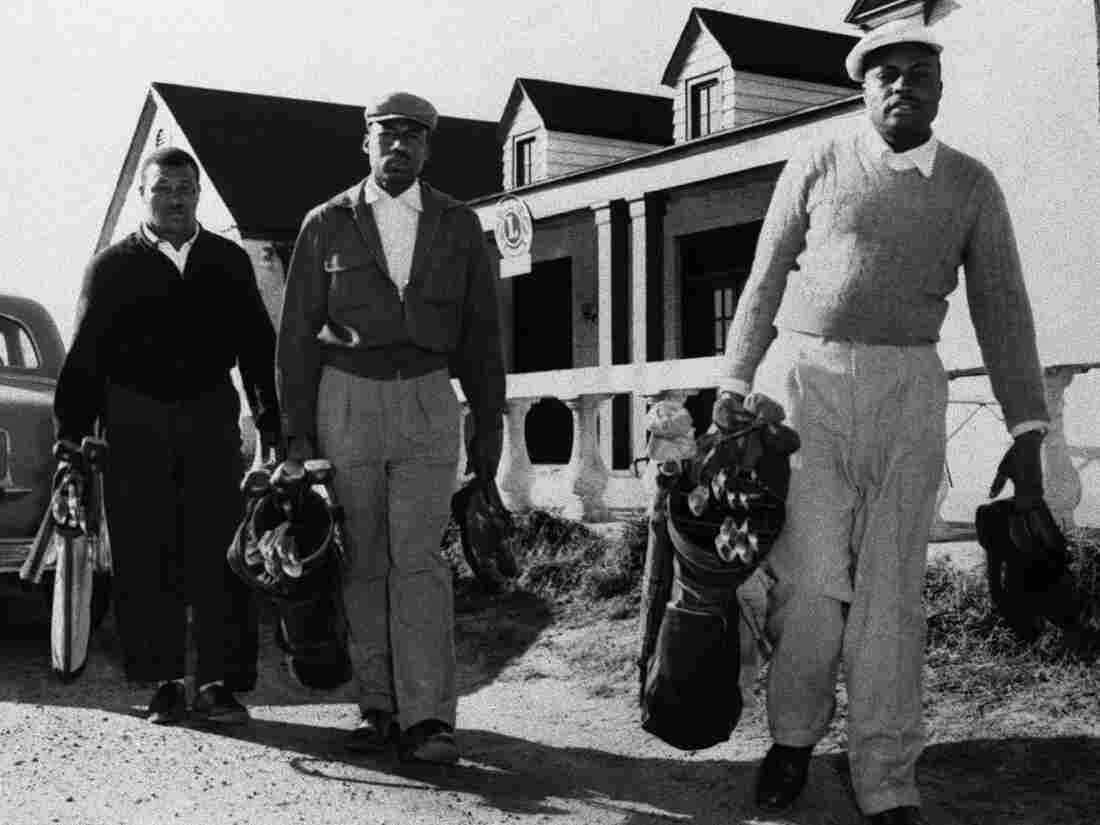 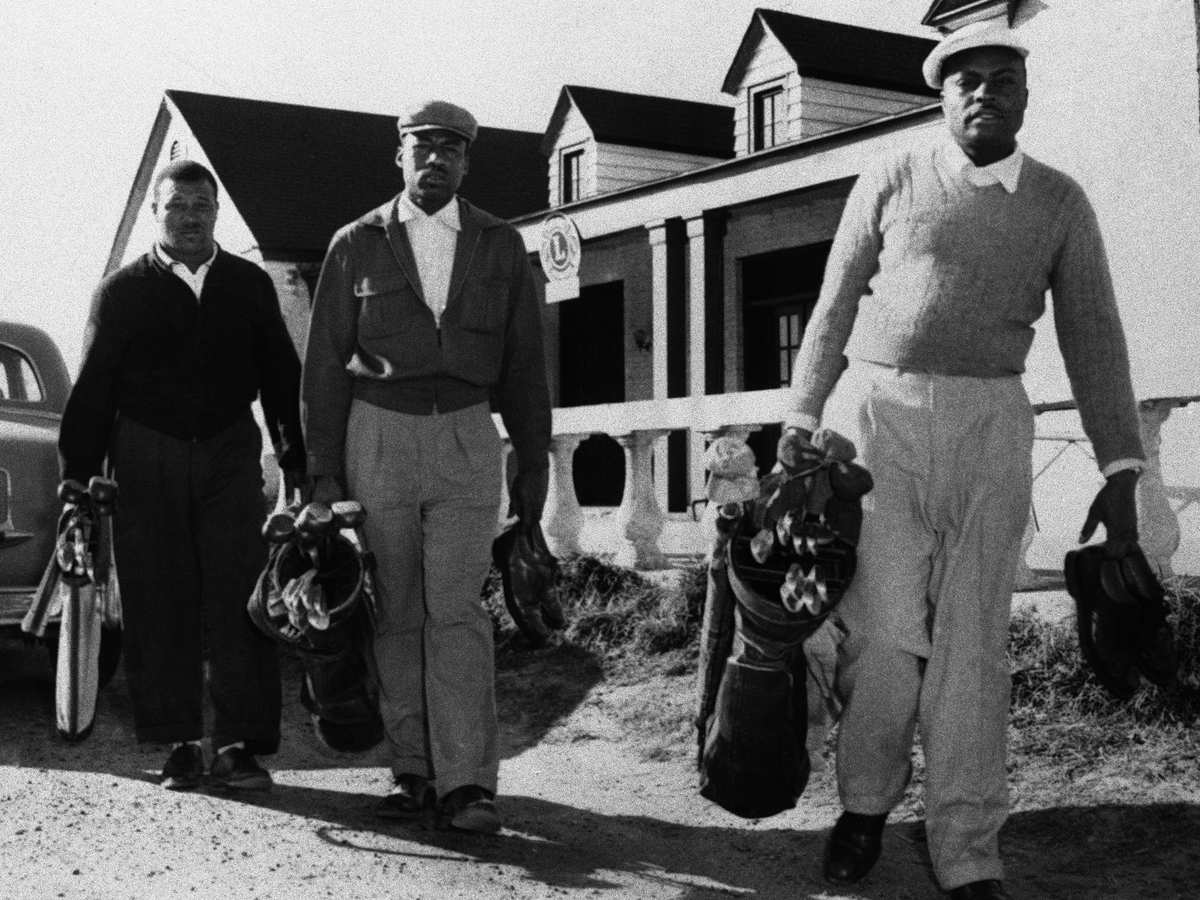 This week, All Things Considered host Audie Cornish traveled to Birmingham, Ala., to cover the 50th anniversary of the tumultuous civil rights protests that happened there. It's all part of NPR's series commemorating the monumental summer of 1963.

On Tuesday, she interviewed Hank Klibanoff, co-author of The Race Beat, about how Birmingham newspapers covered the civil rights movement at the time it unfolded. Often, major local events related to the movement were ignored. 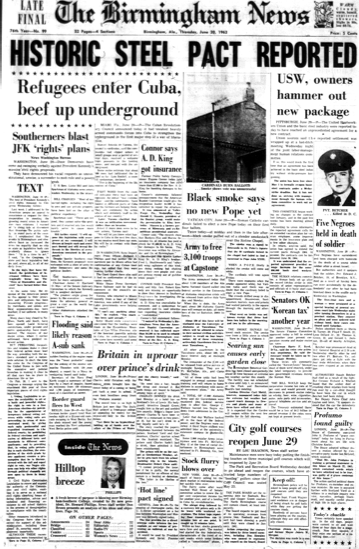 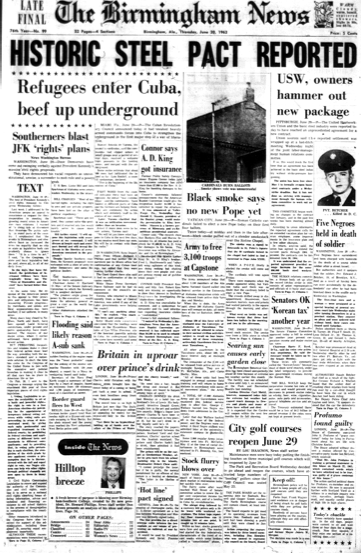 One of the things that stood out in the Birmingham news coverage in 1963 was a story about the city's golf courses. A Birmingham News headline from 50 years ago yesterday reads: "City golf courses reopen on June 29."

Fifty years ago this month, segregated golf courses in Alabama reopened to all — including blacks. Municipal golf courses were part of the many city parks that officials closed altogether rather than integrate. Officials had closed the courses for more than a year, and city police even put cement in the holes to prevent people from playing. So the reopening of the golf courses was yet another sign of change sweeping the South.

Ed Sanders, who is now president of The Vulcan Club, a black golfers group, was just 16 years old the year that the Boswell Highland golf course was desegregated. But he was one of hundreds of teenagers who were arrested and jailed during the May demonstrations known as the Children's Crusades. Those protests were broken up violently by police.

But it wasn't until later in life that Sanders came to golf. Before integration, the only course blacks could play on was Cooper Green. The only other way blacks could play golf was if they worked as caddies for white players.

Dr. Jesse Lewis was one of the first black golfers to play at Highland Park golf course the same day it was integrated. Lewis, who was a prominent business man, went on to found The Vulcan Club.

He is now a part owner of another golf course in town.

"We've come a long ways. Birmingham is a landmark of discrimination," said Lewis. "The key is what we do in 2014."