Accessibility links
Happy Ruling For Adoptive Couple, Uncertainty For Baby Girl : Code Switch The Supreme Court on Tuesday reversed a ruling in a child's adoption, saying the child, whose biological father is a member of the Cherokee Nation, should not have been taken from her adoptive parents. The court ruled that the federal Indian Child Welfare Act did not apply in the case. 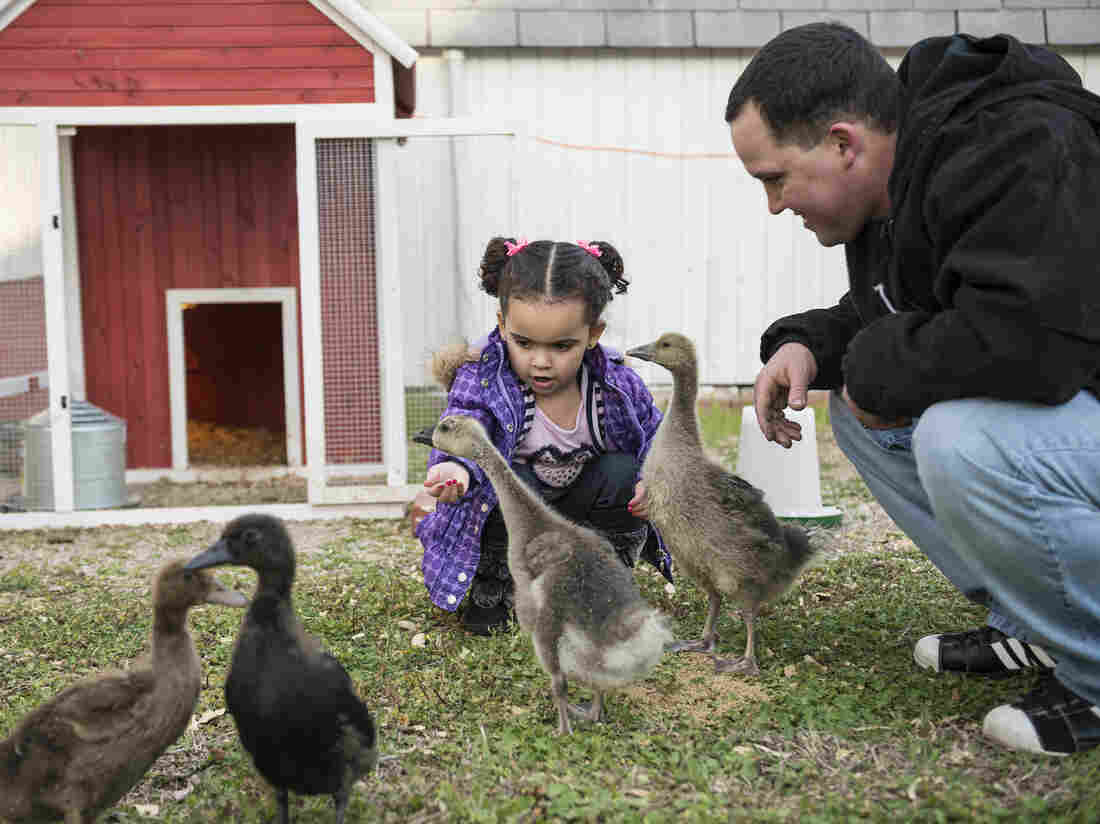 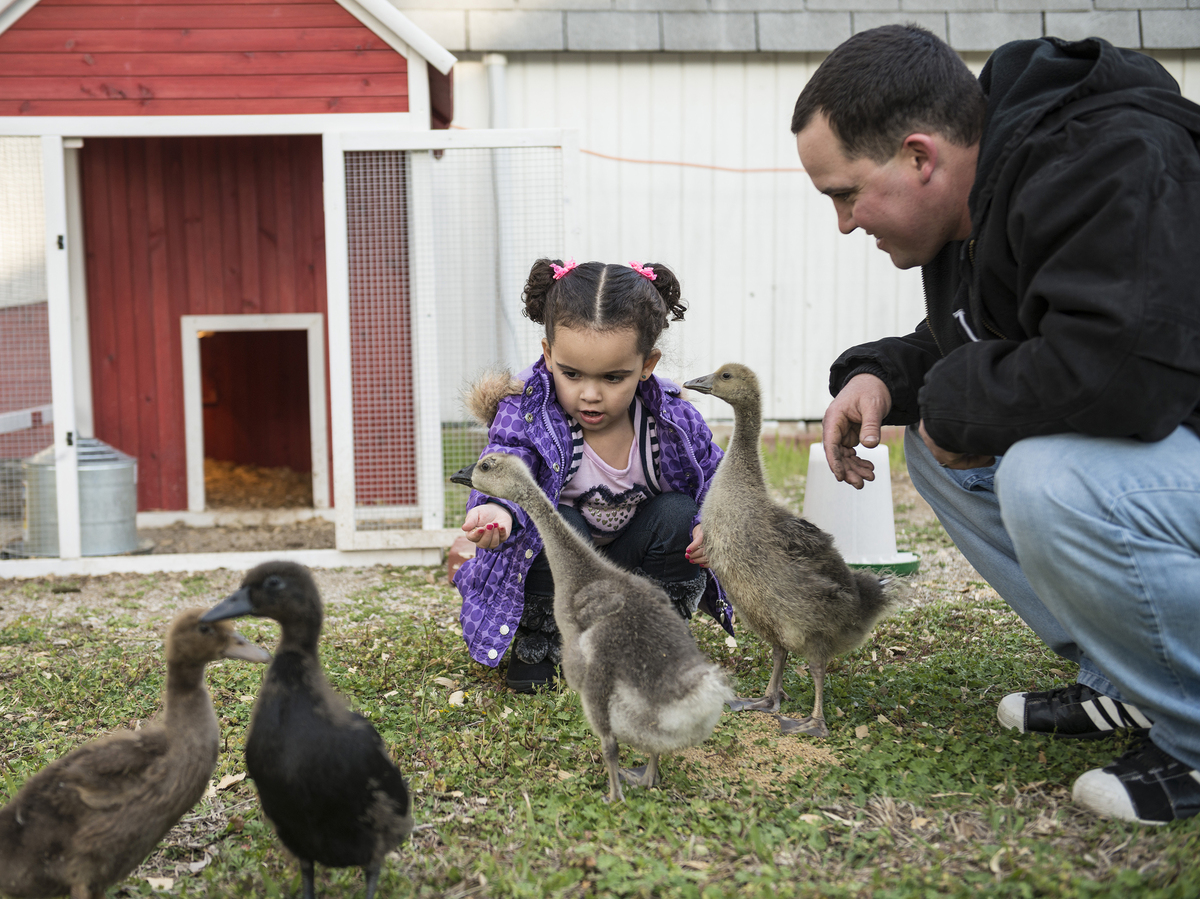 Baby Veronica still does not have a permanent home.

The adopted, 3-year-old Native American girl has been caught in the middle of an emotional custody battle that reached all the way to the U.S. Supreme Court, whose ruling on Tuesday sided with her white adoptive parents, Matt and Melanie Capobianco.

In a 5-4 decision, the Supreme Court ruled in Adoptive Couple v. Baby Girl that Veronica's biological father, Dusten Brown, who is a registered member of the Cherokee Nation, does not have parental rights under the Indian Child Welfare Act because he "abandoned the [American] Indian child before birth and never had custody of the child."

The Indian Child Welfare Act, also known as ICWA, protects Native American tribes from having their children separated from their families and given to white adoptive or foster parents.

The Supreme Court opinion reverses the 2011 decision of South Carolina courts, which ruled that under ICWA, the Capobiancos, who agreed to adopt Baby Veronica before her birth, had to turn the child over to her biological father.

The decision was good news for Veronica's biological mother, Christy Maldonado, according to her attorney Lori Alvino McGill.

"I think it's fair to say that she's extremely relieved [and] hopeful that this means that she and the Capobiancos will soon be reunited with Veronica," McGill says.

The lawyers for the Capobiancos and for Veronica's biological father could not be reached for interviews after Tuesday's ruling, but the adoptive couple did release a written statement:

"We are very happy with [the] ruling that came down [Tuesday]. The Supreme Court did everything we asked it to do. The decision of [the U.S. Supreme Court] clearly establishes that our adoption should have been approved, and Veronica should never have been taken away from her home and family in the first place. We miss her very much and we are looking forward to the opportunity to see our daughter very soon."

Where Baby Veronica will ultimately be placed is still an unanswered question. Tuesday's Supreme Court ruling returns the case to the lower courts to decide who should have custody.

Marcia Zug, a law professor at the University of South Carolina who's been following the case closely, says it's important to remember that the Capobiancos have not yet completed the adoption process — a complication that will be reconsidered by judges in South Carolina.

Veronica is currently living with her biological father in Oklahoma. Her placement there came after a complex saga.

After Veronica's birth mother — who court documents say is "predominantly" Latino — became pregnant, she refused to marry Brown. He later texted Maldonado to say he was giving up his parental rights and would not support the child.

But when Brown found out that their daughter had been put up for adoption in South Carolina, he went to court to get full custody of Veronica, citing the Indian Child Welfare Act. (For a fuller picture of the messy situation, check out reporting by NPR's Nina Totenberg and Tim Howard of WNYC's Radiolab.)

The Supreme Court case has been a major test for ICWA, says Mary Jo Hunter, who teaches Native American law at Hamline University in Minnesota.

Advocates of the 1978 federal law feared that the Supreme Court would rule the ICWA unconstitutional. The final ruling, however, proved to be narrow — only disqualifying Native American parents like Brown who either gave up or never had custody.

She fears that as a result, the high court's ruling may ultimately put one of the main goals of ICWA — to keep American Indian children in American Indian families — at risk.

C. Steven Hager, an attorney with Oklahoma Indian Legal Services, also expresses concerns about the ramifications of the decision.

"Any fathers' rights groups should be feeling a cold chill go down their spine, because basically I don't think fathers' rights are going to stand very well," Hager says.

In his majority opinion for the Supreme Court, Justice Samuel Alito criticized the lower court for ruling in favor of Baby Veronica's biological father:

"As the State Supreme Court read [the Indian Child Welfare Act], a biological [American] Indian father could abandon his child in utero and refuse any support for the birth mother — perhaps contributing to the mother's decision to put the child up for adoption — and then could play his ICWA trump card at the eleventh hour to override the mother's decision and the child's best interests. If this were possible, many prospective adoptive parents would surely pause before adopting any child who might possibly qualify as an Indian under the ICWA."

In the audio of this story, as in a previous Web version, we say Dusten Brown considers himself to be part Cherokee. We should have made clear that Brown is a registered member of the Cherokee Nation, according to court documents.