Accessibility links
What [BLANK] Folks Don't Understand About Rachel Jeantel : Code Switch The past week has seen many reactions to the testimony of a 19-year-old witness in the George Zimmerman trial. And the responses are anything but black and white. 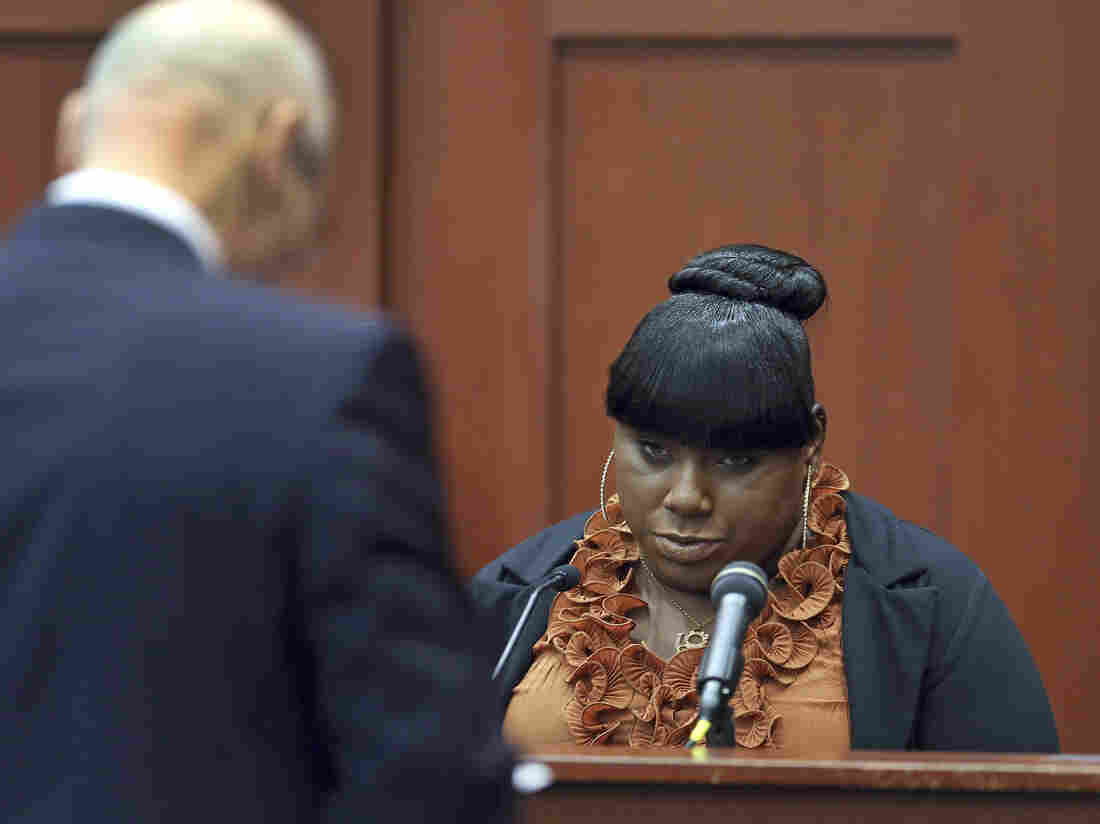 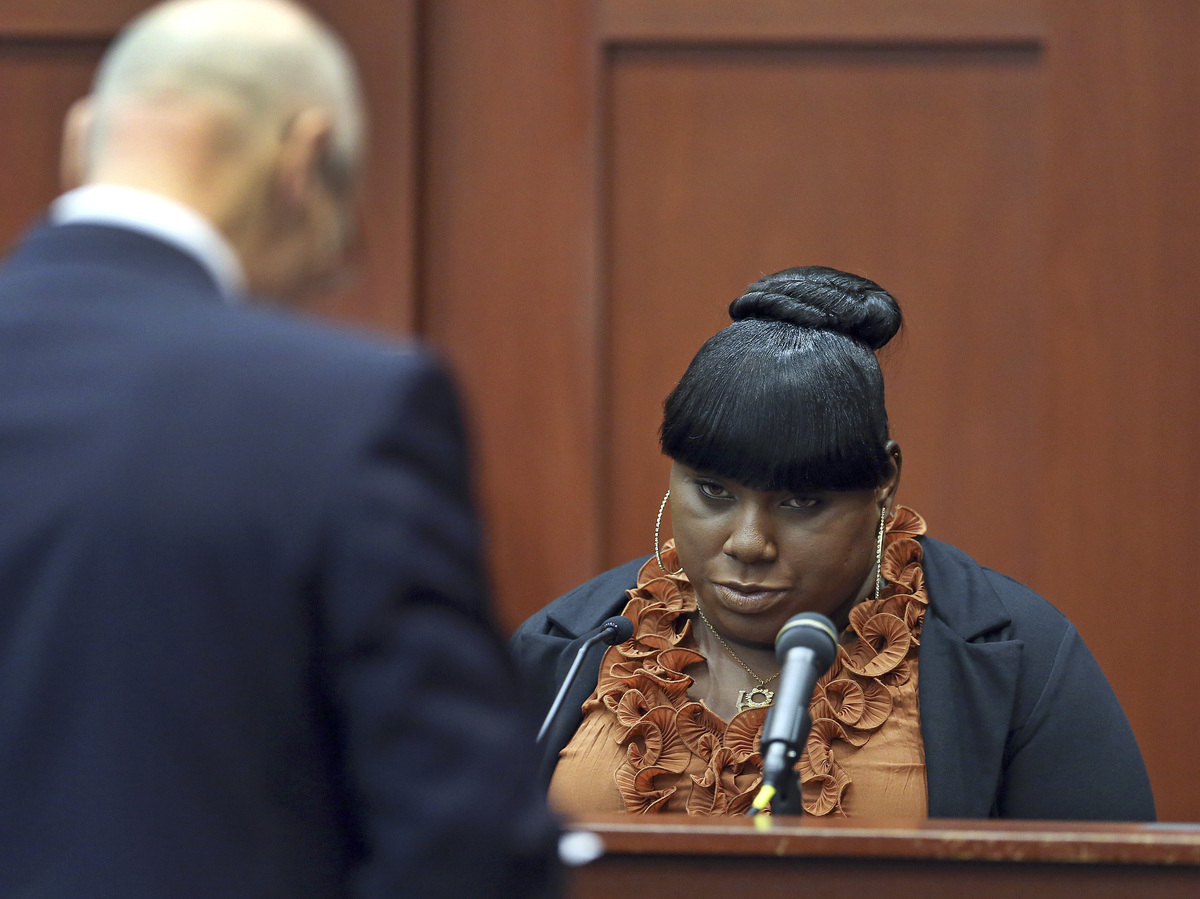 Witness Rachel Jeantel continues her testimony to defense attorney Don West during the trial of George Zimmerman on Thursday.

Rachel Jeantel. Her hourslong testimony spanned two days of the George Zimmerman trial, and I bet you'll be talking about it with your friends over the weekend. She's the 19-year-old key witness for the prosecution who had a cellphone conversation with Trayvon Martin moments before he was killed.

And she most definitely touched a nerve.

Multimedia reporter Sherri Williams created a pretty thorough Storify with what she called "good, bad and ugly tweets about Rachel Jeantel," since Jeantel's national television debut Wednesday. Most of the tweets are just plain "bad and ugly." Folks say Jeantel is overweight, that she has poor diction, bad fashion, and an even worse attitude.

And #RachelJeantel is not just trending on Twitter. (Assume anything we link to in this post has salty language.) I woke up Friday morning to a conversation about her "unusual testimony" on drive-time commercial talk radio, and bloggers have been busy analyzing why Jeantel has been such a target for the past few days.

GlobalGrind had two posts that touched on similar issues — how Jeantel's testimony would be misunderstood by white people. Rachel Samara wrote that Jeantel's defensiveness on the stand would most likely be misunderstood by a predominantly white jury. "Rachel Jeantel's attitude is exactly what I would expect from someone from the hood who has no media training and who is fully entrenched in a hostile environment," she wrote. "There's nothing wrong with it."

Her colleague Christina Coleman wrote about how stark cultural differences between black and white Americans created a "lost in translation" situation in the courtroom. Black people watching the trial would get why Jeantel might not call the police after she knew there had been an altercation, Coleman said, "because the fear and doubt that comes with dealing with law enforcement is as entwined into the tapestry of [black] culture as is our slavery past."

On Twitter, many other people (including Geraldo!) echoed this argument.

But a good number of the tweets I came across during Jeantel's testimony were from people of color, many from folks eager to see George Zimmerman convicted. And those tweets paint a complicated picture.

Jeantel's testimony during the Zimmerman trial stirred up a lot of complicated feelings, including among people of color. There were tweets of shame, embarrassment, and anger at the public education system right alongside feelings of pride and solidarity. Not as easy to unpack as a binary that says, White people don't get her and black people do.