Accessibility links
Ole Miss Turns Scary Racial Incident Into Teachable Moment : Code Switch Instead of forgetting about a racially charged rally last November, a professor and civil rights activist at the University of Mississippi will teach incoming freshmen about social media. The seminar also teaches freshmen how to interact with other students, using discussions to settle arguments instead of violence. 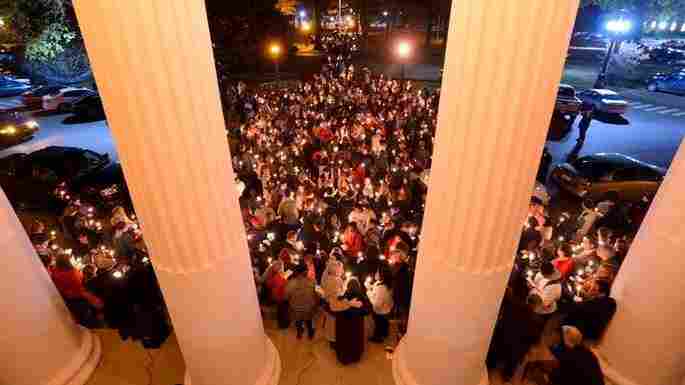 Students at Ole Miss responded to the Nov. 6 rally with a candlelight walk the following evening. Nathan Latil/The University of Mississippi hide caption 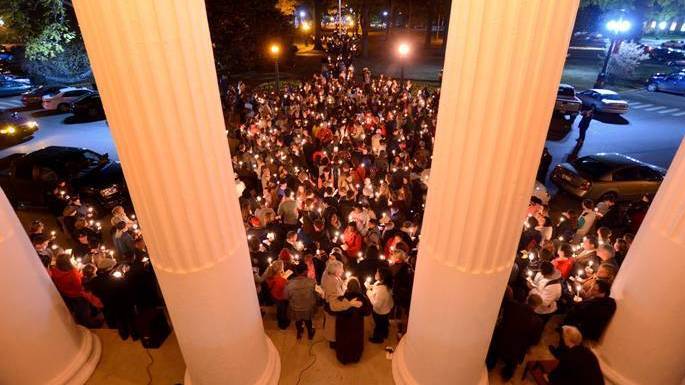 Students at Ole Miss responded to the Nov. 6 rally with a candlelight walk the following evening.

At new-student orientation this summer, University of Mississippi students are learning about the usual: meal plans and financial aid. But they're also hearing something else: a seminar born out of an incident on election night last November.

"And that's when the tweets just started flying," says Adam Ganucheau, a senior and editor-in-chief of The Daily Mississippian, the university's student newspaper. "If you just refreshed your Twitter feed that night, you saw some of the craziest things, like cars being set on fire. Gunshots fired. People wounded."

But the social media reports were not true. There was no riot. And the headlines — nationally, anyway — disappeared in a day. But given the university's history of racial problems, administrators couldn't ignore what had happened. And Donald Cole took it personally.

"It was work that I had done over the years torn down in seconds," he said, "because someone didn't think properly at the time."

Donald Cole is a math professor at the University of Mississippi and the assistant to the chancellor for multicultural affairs.

But he's best-known for his personal Ole Miss story: how he enrolled in 1968, just six years after James Meredith's bloody integration battle, and how he faced down his bigoted classmates. The son of a factory worker and housekeeper, Cole was pelted with garbage at football games, pushed off sidewalks and taunted by girls waving Confederate flags.

"But maybe a little bit more disturbingly," he says, recounting these moments, "was the lack of response from anyone around except but to — quote — cheer them on." 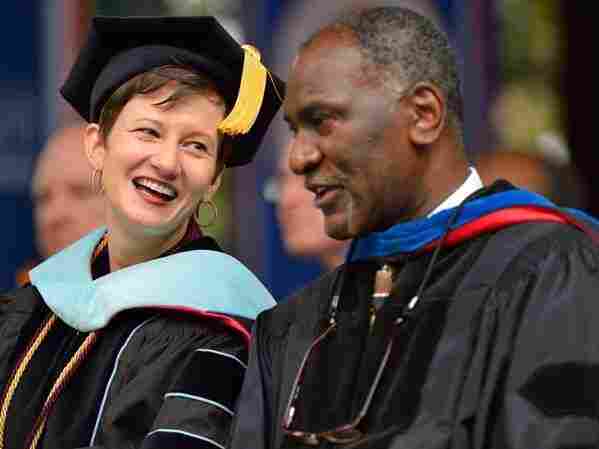 toggle caption
The University of Mississippi 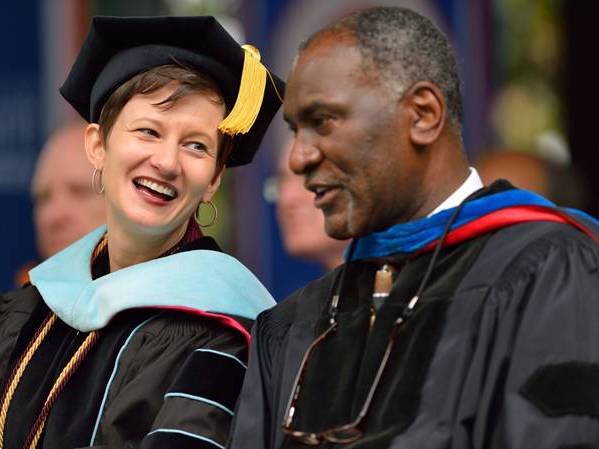 Brandi Hephner LaBanc (left) and Donald Cole during commencement at the University of Mississippi in May. The two have spearheaded the new seminar discussing last year's election night rally.

The University of Mississippi

So in 1970, as a sophomore, Cole and others protested. Cole was arrested and then expelled — a low point for him. But in 1977, Ole Miss reaccepted Cole as a doctoral student. He finally got his Ole Miss degree — a Ph.D. — and then was hired as faculty, happy to be back.

"Because we're not the university we once were," Cole says. "And I know that. And I want everybody else to know that."

With another school year looming, 3,700 new students are visiting campus this summer. They're getting tours and, at times, an earful from Cole.

On a recent afternoon, Cole addressed 120 incoming freshmen and their parents inside the same auditorium where police once arrested him at gunpoint. The talk is part of a new effort to turn last November's incident into a teaching moment: how to use social media and how to just get along with others.

Later, another speaker showed a photo of a white student burning that Obama campaign sign last fall. It's important to confront what happened as directly as possible, says Brandi Hephner LaBanc, the university's vice chancellor for student affairs.

"It's very interesting kind of experiencing racism in the 21st century," she says. "Nobody's going to openly, you know, ostracize you. But there are whispers and there are looks."

At Ole Miss, though, they're talking about it. And for Owens-Wilson, there's hope in knowing that Donald Cole, a man once marginalized, is helping to lead that discussion.