Accessibility links
Comedian Aisha Tyler Talks About Flipping Off Failure : Code Switch In her new book, Self-Inflicted Wounds, Tyler writes about her dalliances with failure and humiliation on the long road to success. She says it wasn't easy being the geeky, tall, black girl who loves science fiction and video games. But it was worth it. 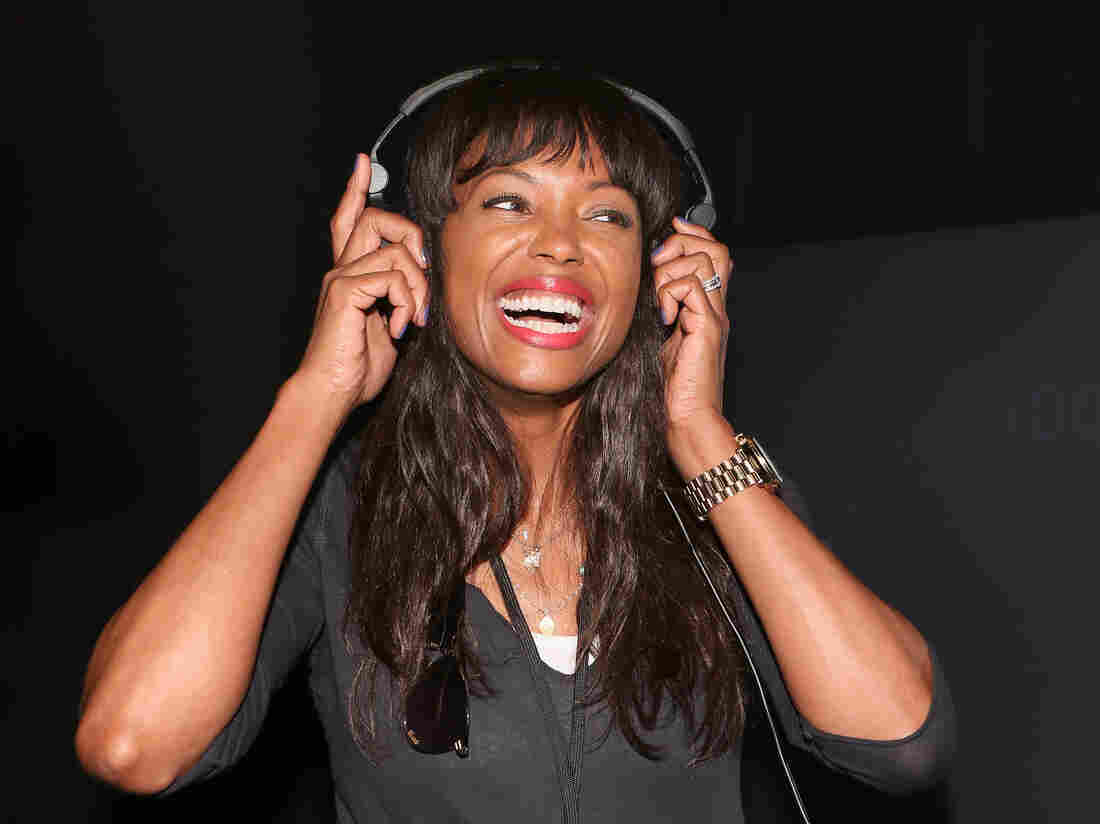 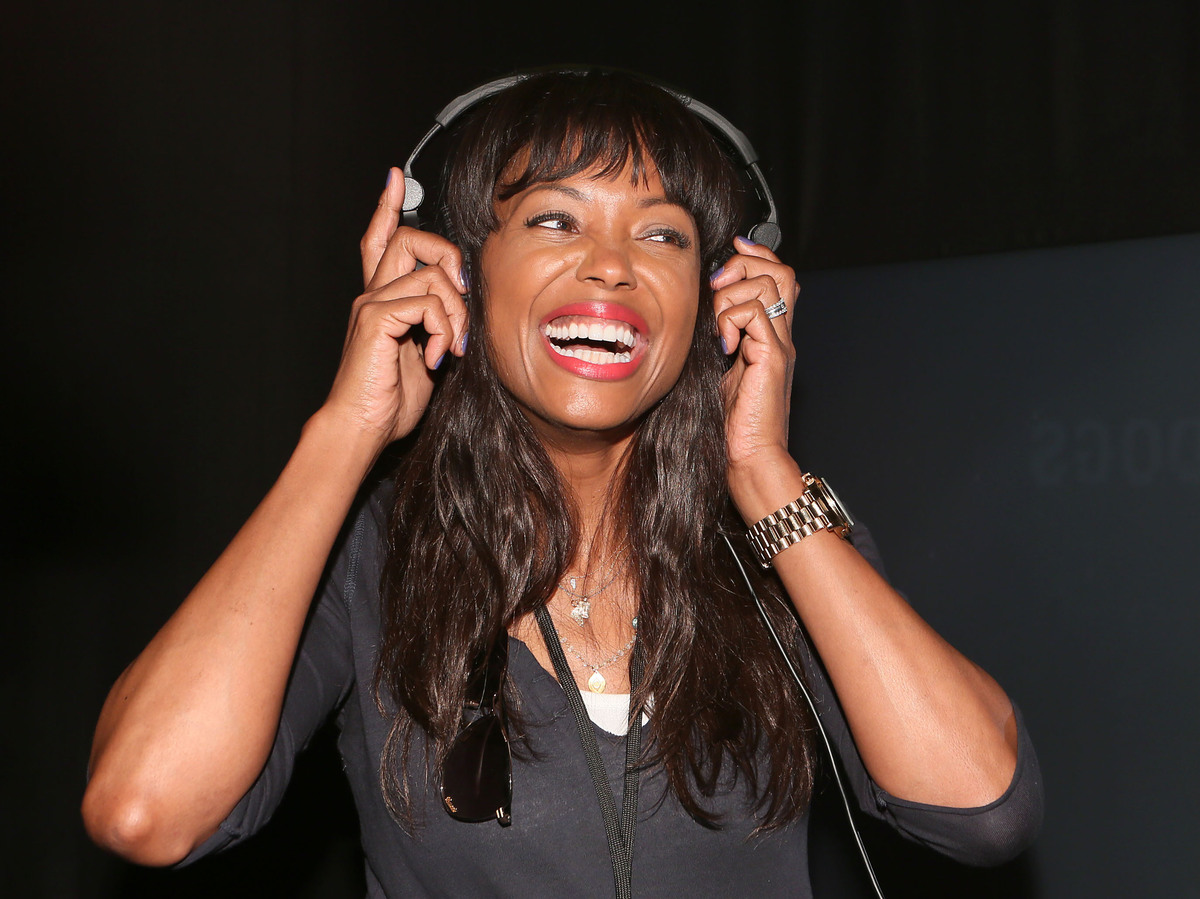 In her new book, Self-Inflicted Wounds: Heartwarming Tales of Epic Humiliation, Aisha Tyler shares mishaps she encountered along her way to success.

She has a new one out this week: Self-inflicted Wounds: Heartwarming Tales of Epic Humilation. We sat down in the NPR studios over a mug of 18-year-old scotch to talk about her most embarrassing moments on the road to success. (No, really, we did. Listen to us toast.)

For those of you wondering who Aisha Tyler is, here's a quick breakdown (to be read quickly): 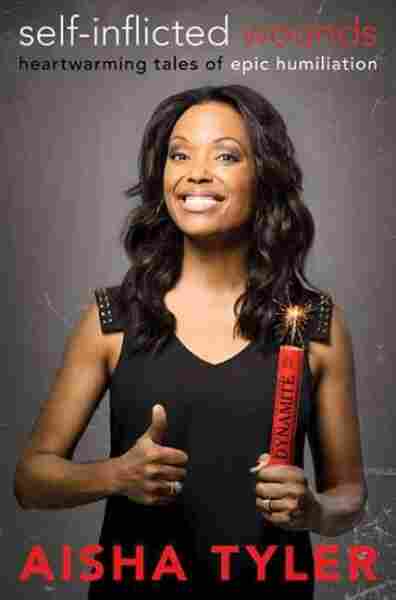 And that leads us straight to her new book. Tyler says it wasn't fair to make her podcast guests talk about their embarrassing failures without sharing some of her own.

In Self-Inflicted Wounds, Tyler lets you know early and often that she was big for her age. "I was the giant black girl," she says. "I mean I stood out for a variety of reasons: Because I was tall, because I was weird and because I was black." 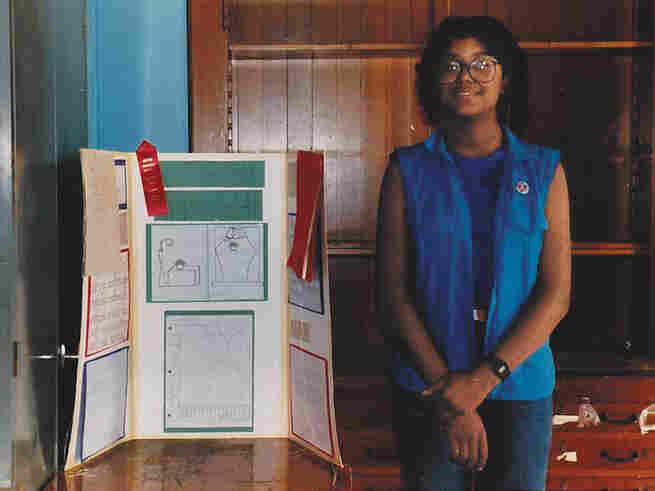 Tyler says as a kid she stood out because of her height, her glasses, and her vegetarian lunches. Aisha Tyler hide caption 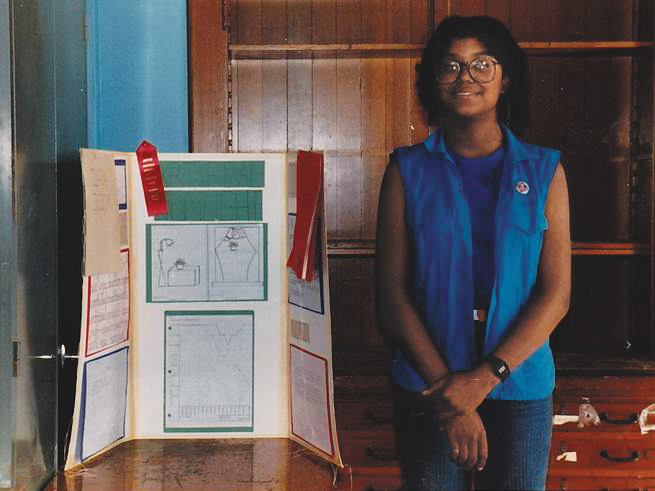 Tyler says as a kid she stood out because of her height, her glasses, and her vegetarian lunches.

Tyler grew up in Oakland and San Francisco, Calif., raised by vegetarian parents who believed in meditation but not television. Her family was poor, says Tyler. (And, I know you're probably running through all the Bay Area stereotypes and thinking, well that's not THAT strange. Sorry, not all Bay kids are running around meditating and eating tofu sandwiches. It's weird. Maybe not as weird as it would be in Boone County, Mo., but it's not how most kids are raised.)

So she writes about being that weird kid, and how her weird-kid mishaps were made worse by her size — and her total lack of fear.

She relates tales of her own self-inflicted wounds: nearly cutting herself in half playing on an abandoned hobby horse at age five, setting the house on fire while making french fries at seven, numerous failed attempts to trade veggie lunches for bologna sammy's at school, and ruining her chances with the high school crush. "Drinking too much and getting hung over and vomiting all over him and myself and his car," she says. "That was not a good look, at all."

The book may sound depressing but it's funny. And, for me, the footnotes provided those laugh-out-loud moments that make people next to you on an airplane turn and look at you like you're nuts. And speaking of nuts, here's one of my favorite footnotes from Self-inflicted Wounds.

Aisha Tyler's humor is dirty and really nerdy all at the same time. It's hard to explain because she's hard to explain. She writes about being a black whitewater rafting guide for underprivileged deaf teens in high school, singing in an all-girls a cappella group in college, and her grown-up "penchant for maudlin Korean pop." Listen to her read from a passage about how Koreans are "out-blacking" black folks these days.

And when she decided not to utilize her Ivy League degree in poli-sci and environmental studies from Dartmouth and become a comedian, she says she stood out all over again. This time as the 6-foot-tall black woman who didn't fit the Def Comedy Jam mold.

"God, I mean I had so many people tell me, what you're doing doesn't work," says Tyler. "I used to have to get on stage and apologize for talking the way that I speak. I think people assume that because I talk the way that I talk that I grew up with money and then I've had to say, 'No, I grew up poor.' And then I was like, 'Why do I have to play this game where the only black experience that's authentic is the one where you grew up in poverty?' I mean, it's ridiculous."

Tyler says she wanted Self-Inflicted Wounds to be funny, but she wanted people to get something out of it besides laughs.

"I felt like if I was going to have people sit down and give me a week of their life, it shouldn't be a waste of their time." The take-away is to be your authentic self, follow your dreams, and don't let failure and humiliation hold you back. Tyler tells 33 stories of her own humiliations and failures as proof that you can and will survive, and says she has enough left over to write another book.

Until then, here's the first chapter of Self-Inflicted Wounds: Heart warming Tales of Epic Humiliation.