Accessibility links
Dueling Stereotypes: Bad Asian Drivers, Good At Everything : Code Switch After a horrific plane crash that killed two and injured many, some folks began blaming the accident on an old stereotype of Asians: that they're bad drivers. But this trope clashes with one of the Internet's favorite stereotypes: that Asians are expert tech-wizard ninjas. We're confused. 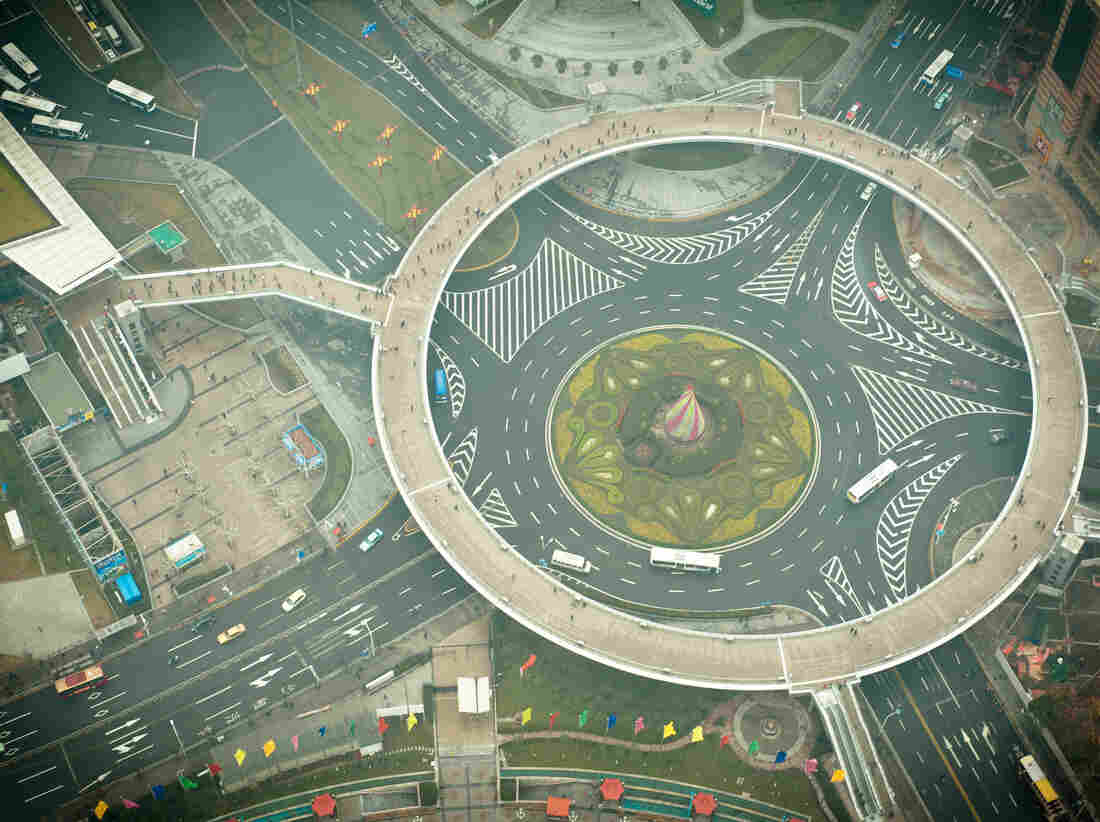 Asians are bad drivers but can navigate roundabouts like this one in Shanghai, eh? Tauno Tõhk/via Flickr hide caption 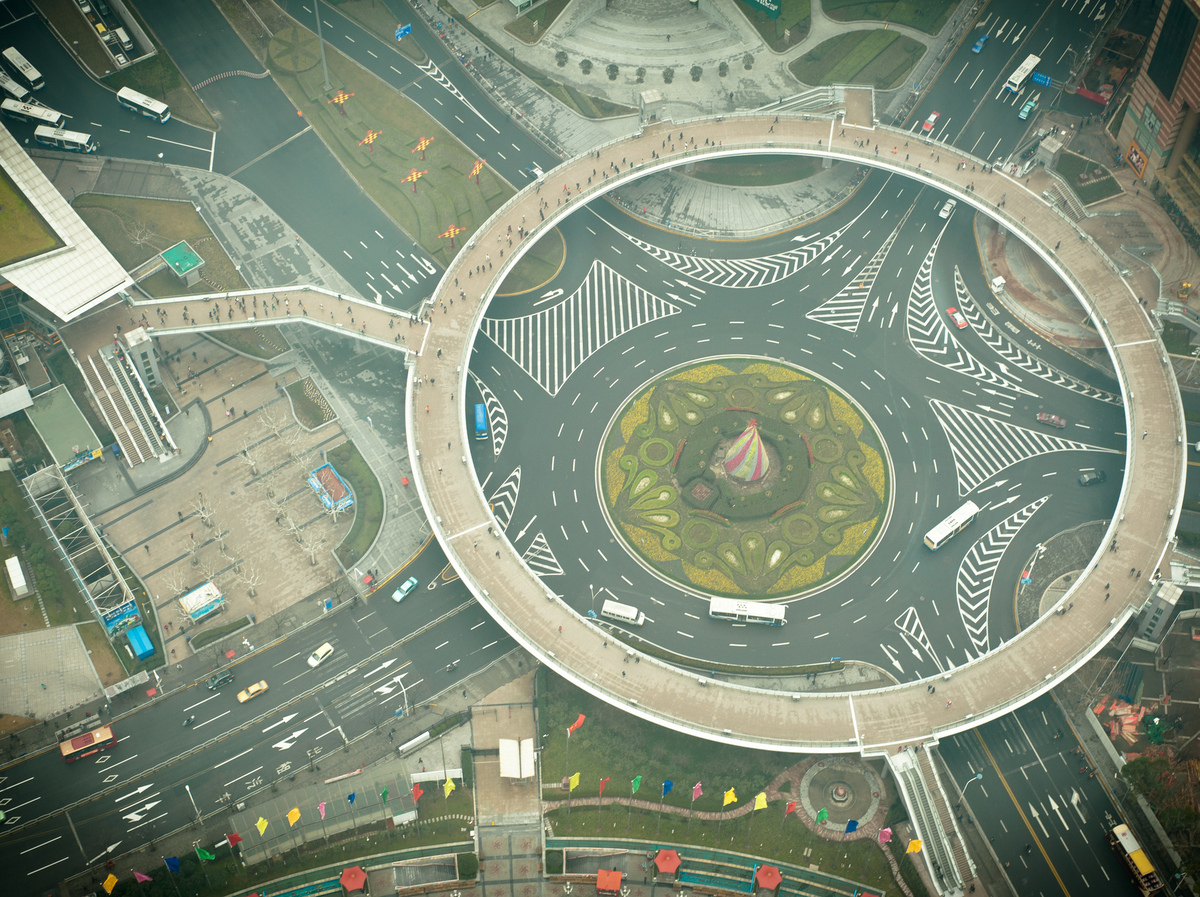 Asians are bad drivers but can navigate roundabouts like this one in Shanghai, eh?

It's a predictable pattern: Tragedy strikes, and the volume of racism gets loud on the Internet. After Asiana Airlines Flight 214 crash-landed in San Francisco last weekend, leaving two dead and many others injured, some folks thought it was appropriate to resurrect the dated trope that Asians are bad drivers. The pilot flying the plane when it crashed was identified as Lee Gang-guk, according to Korean authorities.

And it's not just the Internet. A version of the "bad driver" stereotype made its way onto TV news, too. NBC's Heesun Wee offered more pre-investigation speculation about the crash with one possible culprit: Korean culture. And CNN also wondered if Korea's "hierarchical" culture caused the crash. But these thoughts have been around for a while: In 2008, Malcolm Gladwell floated the idea in his book Outliers.

The stereotype that Asians aren't great behind the wheel isn't new, of course. I mean, it's been featured in Family Guy. It has its own special place in the revered Urban Dictionary. It's entrenched enough that it's been the focus of multiple studies, which compared crash rates of immigrant drivers with those of native drivers. (One Canadian study from 2011 found that immigrant drivers — the biggest groups of whom were from China and India — actually had fewer accidents than "long-term" drivers.)

A couple of years ago, an incensed writer over at You Offend Me You Offend My Family (YOMYOMF) set off to investigate that myth. "We are more likely to notice when a bad driver is Asian simply because we expect bad drivers to be Asian thus reinforcing the stereotype," Philip wrote, after diving into several studies that looked at Asian drivers.

What's confounding, though, is that the whole "Asians are bad drivers" stereotype clashes with another beloved Internet meme: that Asians are good at all the "hard" things, especially things that include math, technology or coordination.

The best-known version of this meme might be captured in the Tumblr Difficulty Level: Asian. It shows people — Asians, in fact — doing uproariously wonderful, hard tasks:

Efficiently shooting baskets at an arcade!

(Most curious, though, is the meme's rating system, which uses Chuck Norris as the level that precedes the most difficult of difficulty levels: Asian. We know the Internet loves Mr. Norris, but if we're stereotyping, isn't Bruce Lee the archetypal Asian? Shouldn't he get his own category?)

You might call it the racist stereotype oxymoron. Mexicans are lazy, but are also taking all the jobs. Asians are bad drivers, but are super tech-wizard ninjas.

(Which, BTW. Ninjas? Because Asians know kung fu just by having a certain DNA makeup and roots from the exotic Far East? I'm actually karate-chopping my keyboard and writing nuclear physics proofs as I type this.)

Some folks might ask, Wait! Isn't a positive stereotype, like the tech-wizard ninja one, actually kind of good? Some folks might also never have been asked to calculate the tip at a restaurant because of their assumed Asian math prowess. (Ahem. I'm just sayin'.)

How can a group be stereotyped in such diametrically opposite ways? If folks are going to say racist things after a fatal tragedy, is it too much to ask that at least the stereotypes be consistent? Because, you know, we can't possibly be bad drivers and good at All The Things.

But I'd prefer neither.

What other examples of racist stereotype oxymorons stand out to you?