Accessibility links
Mary Hamilton, The Woman Who Put The 'Miss' In Court : Code Switch Mary Hamilton, arrested at an Alabama protest, refused to answer the judge unless he called her "Miss." It was custom for white people to get honorifics, but black people were called by first names. 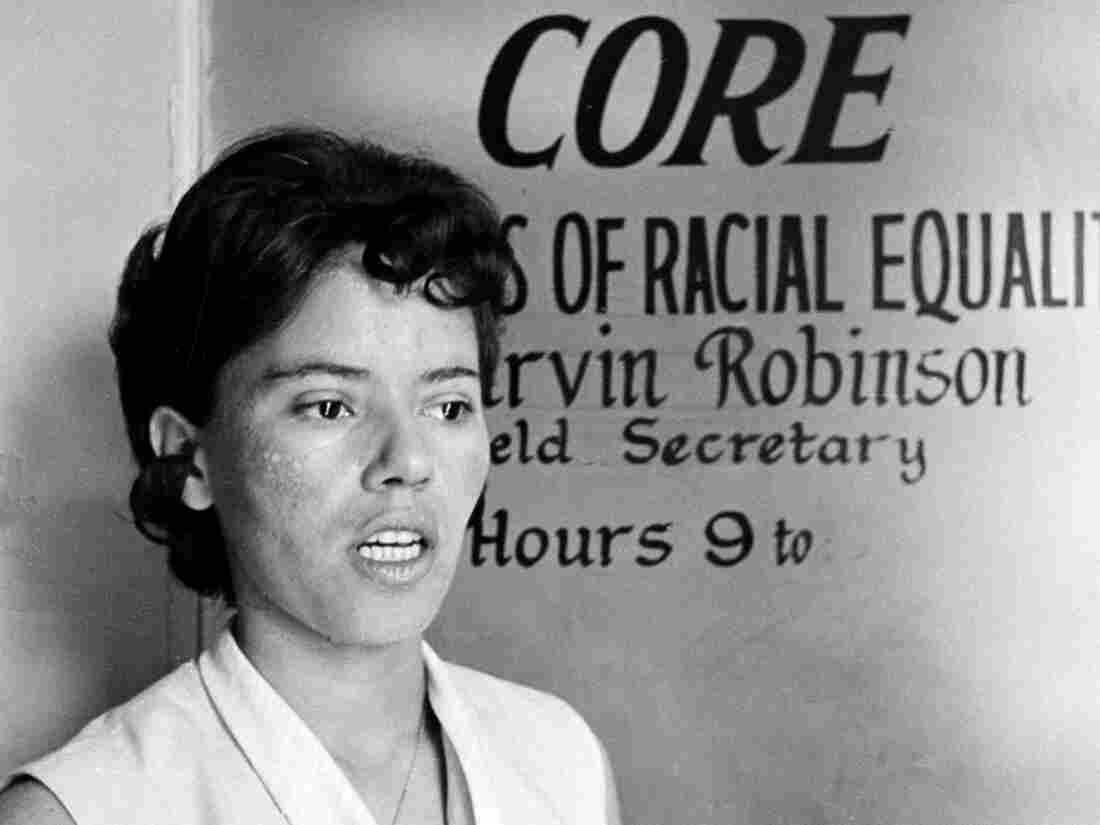 Mary Hamilton was found in contempt of court in Alabama, when she refused to answer questions after the prosecution addressed her only by her first name. The U.S. Supreme Court later ruled in her favor. AP hide caption 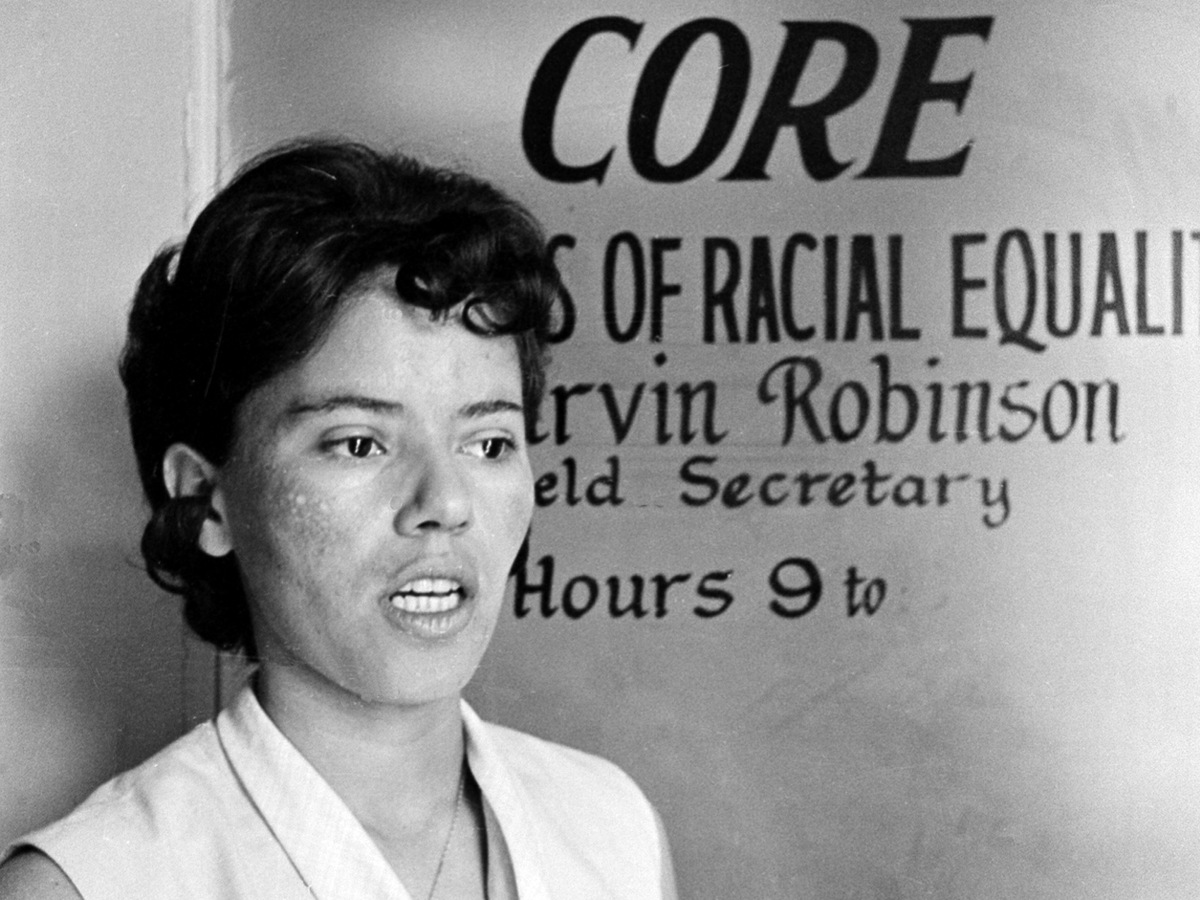 Mary Hamilton was found in contempt of court in Alabama, when she refused to answer questions after the prosecution addressed her only by her first name. The U.S. Supreme Court later ruled in her favor.

When the U.S. Supreme Court issues a ruling, its decisions can carry weight for generations. Think about decisions in the civil rights era regarding school segregation and the Montgomery bus boycott in Alabama.

As part of our look back on the summer of 1963, we examine another Alabama case that had a subtle effect on the way courts treat defendants.

At a mock trial at Samford University in Birmingham, a student playing the role of a defense attorney questions his client on the stand: "To your knowledge, can a driver turning left turn on a yellow light?"

And it's worth pointing out that the two student attorneys are white. The witnesses being questioned are black. Time for cross examination:

"Mr. Cannon, you said the light was yellow as you came into the intersection?"

Did you catch that? Mr. Cannon. That wouldn't have happened 50 years ago in a Southern courtroom. It was custom to only address black people by their first name.

That practice didn't sit well with Mary Hamilton. She was a teacher, a Freedom Rider and the first female field organizer in the South for the Congress of Racial Equality. Her roommate during this time, Sheila Michaels, says Hamilton was tough — brave — like the nuns of her Catholic school upbringing.

"And her opinions were unbendable, iron," Michaels says.

Civil rights protests in Alabama hit a crescendo in the spring of 1963. In Gadsden, a factory town northeast of Birmingham, police arrested Hamilton and other demonstrators. At a hearing that June, the court referred to her as "Mary."

"And she just would not answer the judge until he called her 'Miss Hamilton.' And he refused. So he found her in contempt of court," Michaels says.

So Mary Hamilton was thrown in jail and fined $50. The NAACP took the case that eventually appealed to the U.S. Supreme Court, which ruled the following year in Hamilton's favor. In other words, the ruling decided that everyone in court deserves titles of courtesy, regardless of race or ethnicity. Michaels says Hamilton was immensely proud of the case.

"I mean, a Supreme Court case, you know, decided for you. Are you kidding? This is a big deal," she says.

It's a big deal for a person, but it's a footnote in the history books. And when it comes to civil rights history, it's the names of men such as Martin Luther King Jr. or Ralph Abernathy that are mostly remembered. Women don't get much billing beyond Rosa Parks and a few others.

Historian Tara White researches women in the civil rights movement. She says part of the reason is that in that time period, women just weren't in prominent roles. Journalists compounded that by gravitating to male leaders. But White says without women, there would have been no movement.

White says Hamilton wasn't just bumping up against racial attitudes. Her behavior in court was not what the South expected of a lady.

"Lower class, loose women call attention to themselves. Real ladies don't do that," White says of the stereotype.

Hamilton died in 2002, but the "Miss Mary Case," as it became known, still holds important lessons today. Dain Stewart, one of the college students at the mock trial, says they're taught to use "Mister" or "Missus," particularly when cross examining non-expert witnesses in front of juries.

" 'Cause they're not just 'Jim' or 'Steve' or 'Mary' just sitting there. Looking down upon them. But they look up on them as an equal or someone that they respect," Stewart says.