Accessibility links
Oakland Braces For Seeing Subway Shooting On The Big Screen : Code Switch The feature film Fruitvale Station opens Friday in select markets, including the San Francisco Bay area. That's where the subject of the film, Oscar Grant, 22 and unarmed, was shot and killed by a transit police officer in 2009 — sparking violent street protests across Oakland. 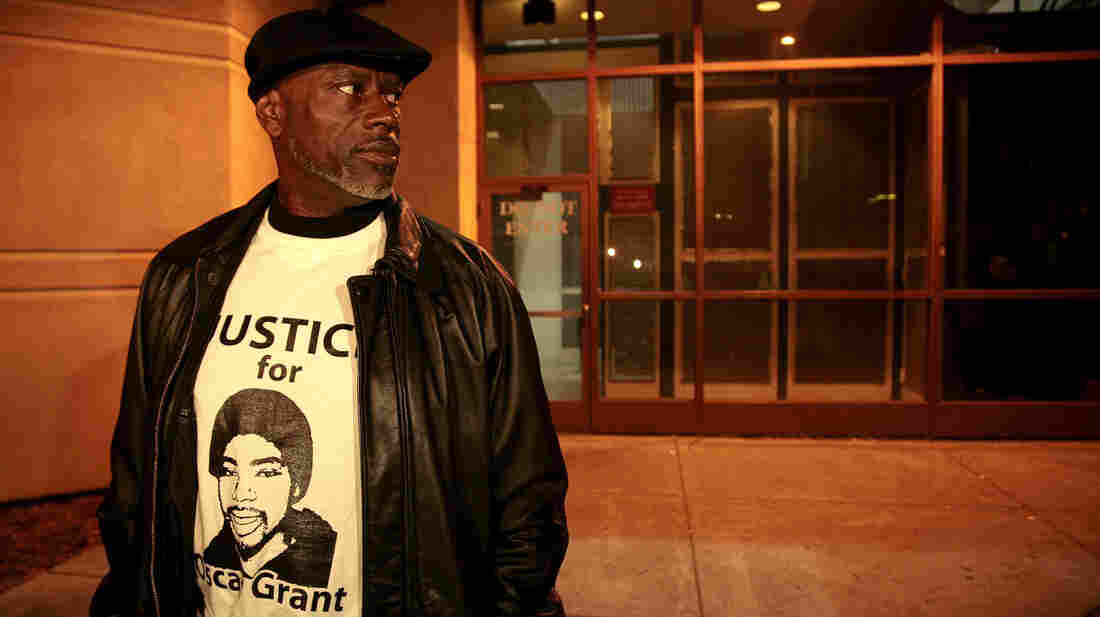 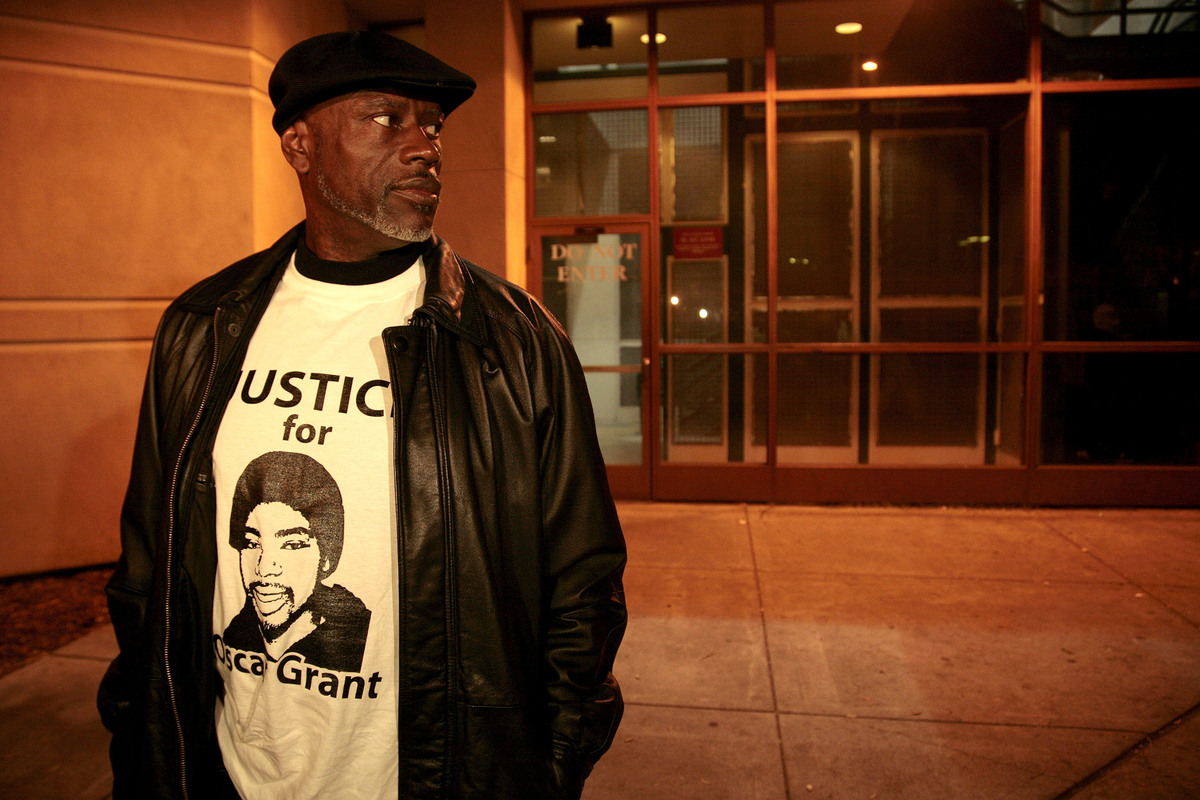 It's not often that Oakland, Calif., hosts a movie opening. But there is plenty of anticipation for Fruitvale Station.

The film is about the life and death of Oscar Grant, a young black man who was fatally shot in the back by a white transit police officer in the early morning hours of New Year's Day in 2009.

Grant was killed by Officer Johannes Mehserle, who claimed to have been reaching for his Taser, not his handgun. Mehserle was tried and convicted of involuntary manslaughter and served 11 months of a two-year term.

Grant's final moments were captured on video by witnesses using cellphone cameras. Two officers are seen pinning the young man down, face-first on the platform. Then one of them shoots Grant in the back, at point-blank range.

The images were widely shared and touched off violent street protests.

Fruitvale Station portrays Grant as a charming but troubled young man. It has won awards at Sundance and Cannes, and now much of Oakland is eager to see it.

"I believe that the movie is just to bring out justice, so that people will see the side of the story of that young man that's not here anymore," says Monique McNeil, a fast-food worker on her way to catch a train at the Fruitvale stop of the Bay Area Rapid Transit system (BART). "And see that that was a wrongful death."

Musician and chef Kenneth Lee says he plans to see the movie as soon as he can.

"You know it's a sad situation, man, you know what I mean? I can't believe that happened. That was real, live murder. We all seen it," Lee says.

It seems like nearly everyone in Oakland has seen the grainy video of Grant's last moments. But director Ryan Coogler insists that his film really isn't about Grant's death.

"I was interested in telling a story about relationships and about humanity," Coogler says.

Coogler, 27, is an intense, soft-spoken man. Fruitvale Station is his first feature film. He says some people consider Grant a martyr and hero, a victim of police brutality. Others call him a thug who brought his death upon himself by resisting the police. Coogler says both versions dehumanize Oscar Grant.

"What I was interested in was just telling a story of his relationships. Who this guy was to the people who knew him the best and the people who loved him the most, and the people he meant the world to. You know, and everybody — every human — being has those people," he says.

In the film, you see Grant's last day alive. He's an unemployed father and an ex-con who deals drugs. But he's also trying to straighten up his life.

Grant is played by actor Michael B. Jordan, best known for his role as Wallace on The Wire. In a flashback scene, Grant is shown in San Quentin prison. When Grant's mother — played by Oscar-winner Octavia Spencer — visits him there, you see her frustration with her son and the behavior that's led him to prison.

The unvarnished view of Grant may surprise some, but not his family, says Oscar Grant's uncle, Cephus Johnson.

"We've seen the movie now four times. It doesn't get easier," Johnson says. "And then to re-live that scene on the platform, it's very painful."

Johnson said the family had been approached by several filmmakers who wanted to tell Grant's story, but they were won over by Coogler, who promised to deliver a complex portrait of the young man.

Johnson believes it's not just Oscar Grant viewers will see in the movie. "It's all our young black and brown men."

In many ways, Oakland is still taking stock of what happened at Fruitvale Station in 2009. And some wonder whether the firm might re-ignite passions.

School teacher Ever Bolden says he's not sure he wants to see the movie.

"You know, if there was going to be more polarization, more hate for cops, more hate for the unemployed or the young people, then it hasn't done it's job," he says. "We've got to bring people back together. And I feel like movies are there to inspire and strengthen us, and if this movie does that, I will be very grateful."

Fruitvale Station was produced by Academy Award-winning actor Forest Whitaker and is distributed by the Weinstein Co. The 90-minute film opens Friday in New York, Los Angeles and the San Francisco Bay area. It will be released nationally on July 26.