Accessibility links
With Fla. Verdict, Is Protective Clothing Still Required? : Code Switch Many black parents are agonizing about what Saturday's acquittal in the Trayvon Martin case means for their children. They still worry about whether their kids go to the mall "church-ready" or leave the house with their pants on their hips. 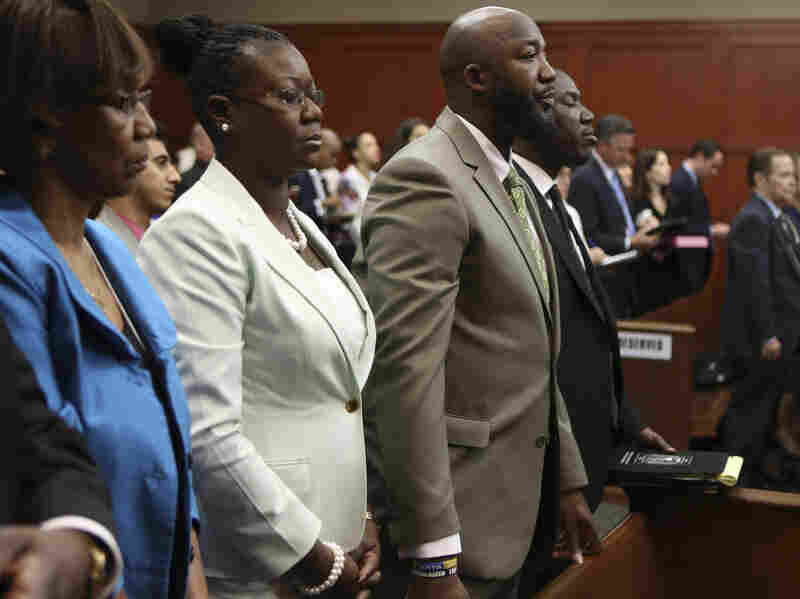 Many families live in dread of standing in the shoes of Trayvon Martin's parents. His mother, Sybrina Fulton (second from left) and father, Tracy Martin, were in court Friday as a Florida jury began its deliberations. Gary W. Green/AP hide caption 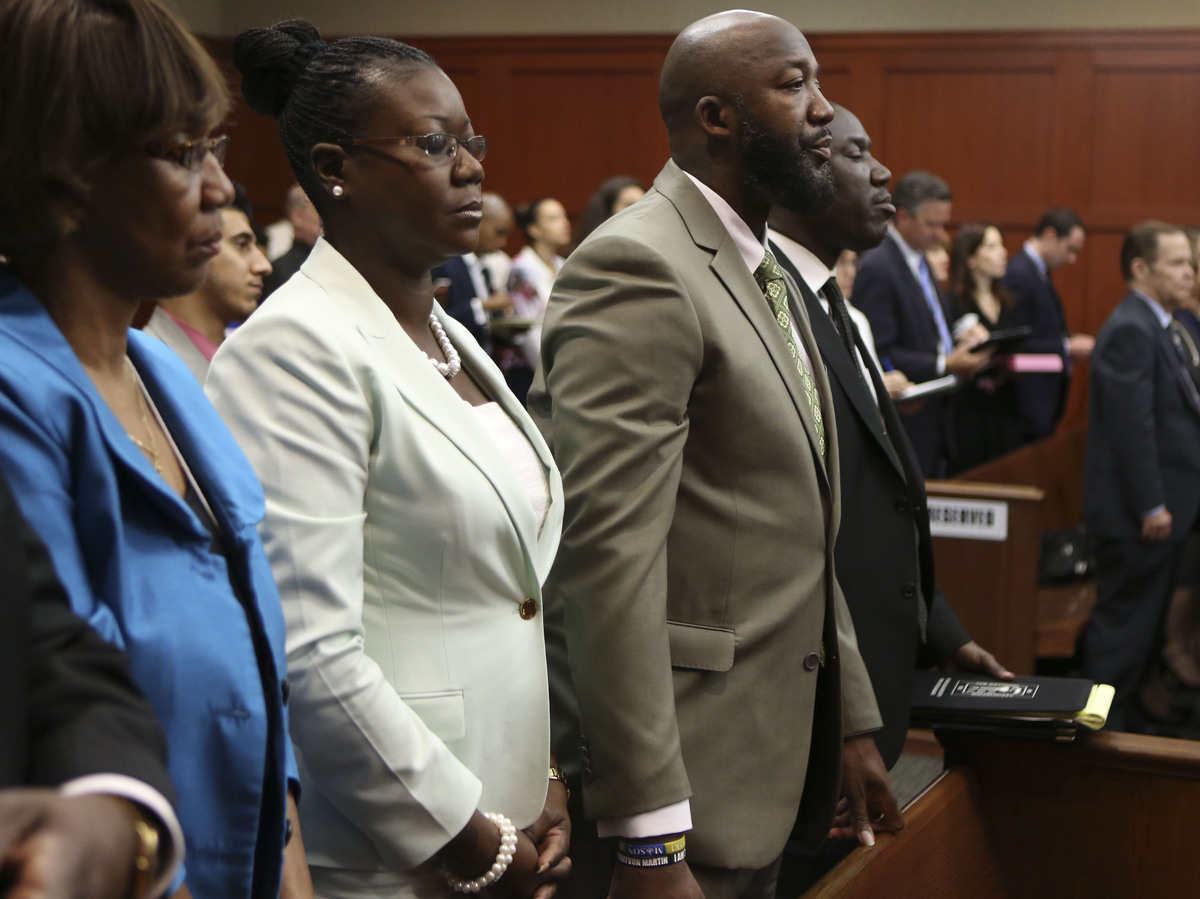 Many families live in dread of standing in the shoes of Trayvon Martin's parents. His mother, Sybrina Fulton (second from left) and father, Tracy Martin, were in court Friday as a Florida jury began its deliberations.

"I'm ashamed at how long it took me to realize why so many people in my family have been consumed with looking church-ready when they step out the door regardless of time or day."

That Facebook quote came from Phyllis Fletcher, an African-American colleague at KUOW in Seattle. And it reminded me of something my sister once told me when a white friend teased her about taking too long to get ready when they went on joint shopping expeditions. "Why are you getting all dressed up? Just throw on some jeans, like me, and let's go."

"You can do that," my sister pointed out. "Not me." She would then explain that unless black shoppers look, essentially, church-ready, they are served very casually — often after others who came after them — or followed about not-too-subtly by salespeople who insist on "helping" them instead of allowing them to browse on their own until they need help.

There is a version of this that black mothers tell their sons: Don't go out of the house with your hoodie flipped up or your pants on your hips. "Their white friends can do it, sure," one mother told me a couple of months ago, "but these young black boys think they live in a world where everything and everyone is the same." On the one hand, she doesn't want to burst that bubble. Things are better than they were when she was growing up. On the other hand, she wants him to live long enough to understand the wisdom behind her worry.

Saturday night was one of those times, when black parents ponder what they'll say when they have that hard conversation with their male children — especially their young men moving toward adulthood. On social media, there is a lot of public agonizing that it has come to this, especially for parents whose children live very integrated lives. But the sad fact remains, the tweets, the Facebook posts say: black boys are still more suspect, and less valued. So looking church-ready may be what saves their lives one day.

They feel a Florida jury has just reinforced why there is a continued need to point this out.