Accessibility links
S.C. High Court Moves To End Saga Of 'Baby Veronica' : Code Switch The South Carolina Supreme Court has ruled to finalize the adoption of Baby Veronica by her white adoptive parents. The order comes after the U.S. Supreme Court ruled in June that her biological father, a Cherokee Indian, could not use the Indian Child Welfare Act to claim custody rights. 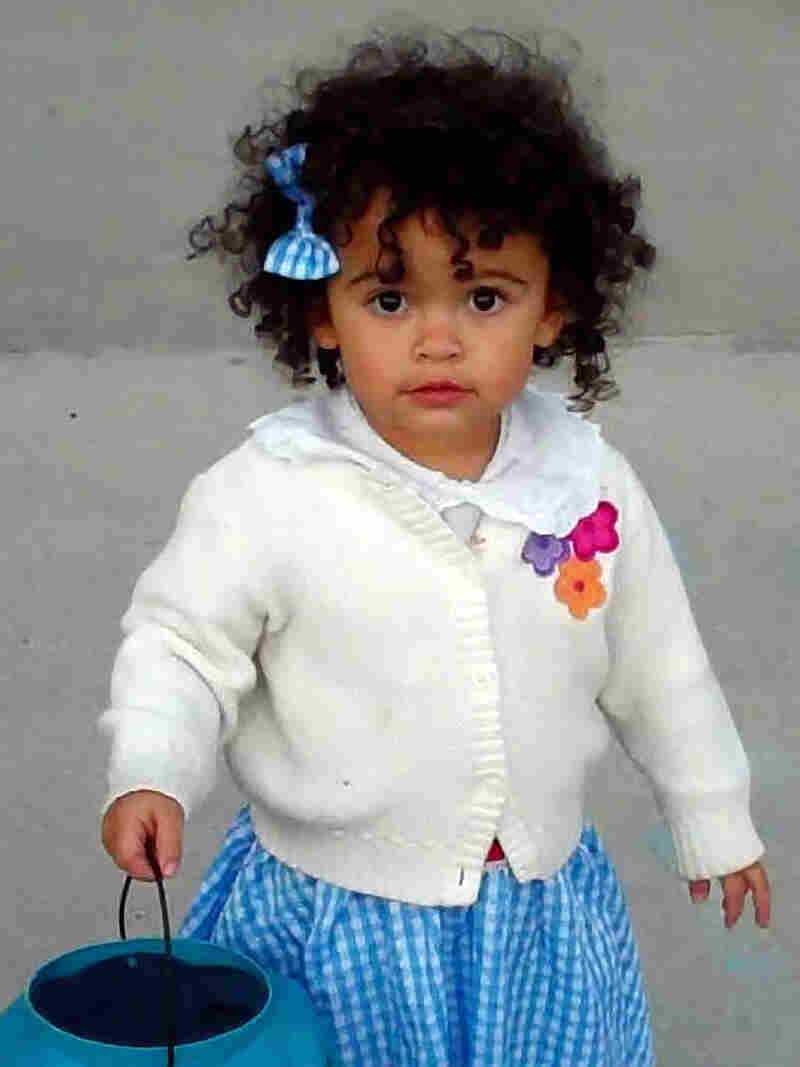 The South Carolina Supreme Court has ruled that custody for Baby Veronica, shown here in a October 2011 provided by her adoptive mother, Melanie Capobianco, be transferred from her biological father to the Capobiancos. Melanie Capobianco/AP hide caption 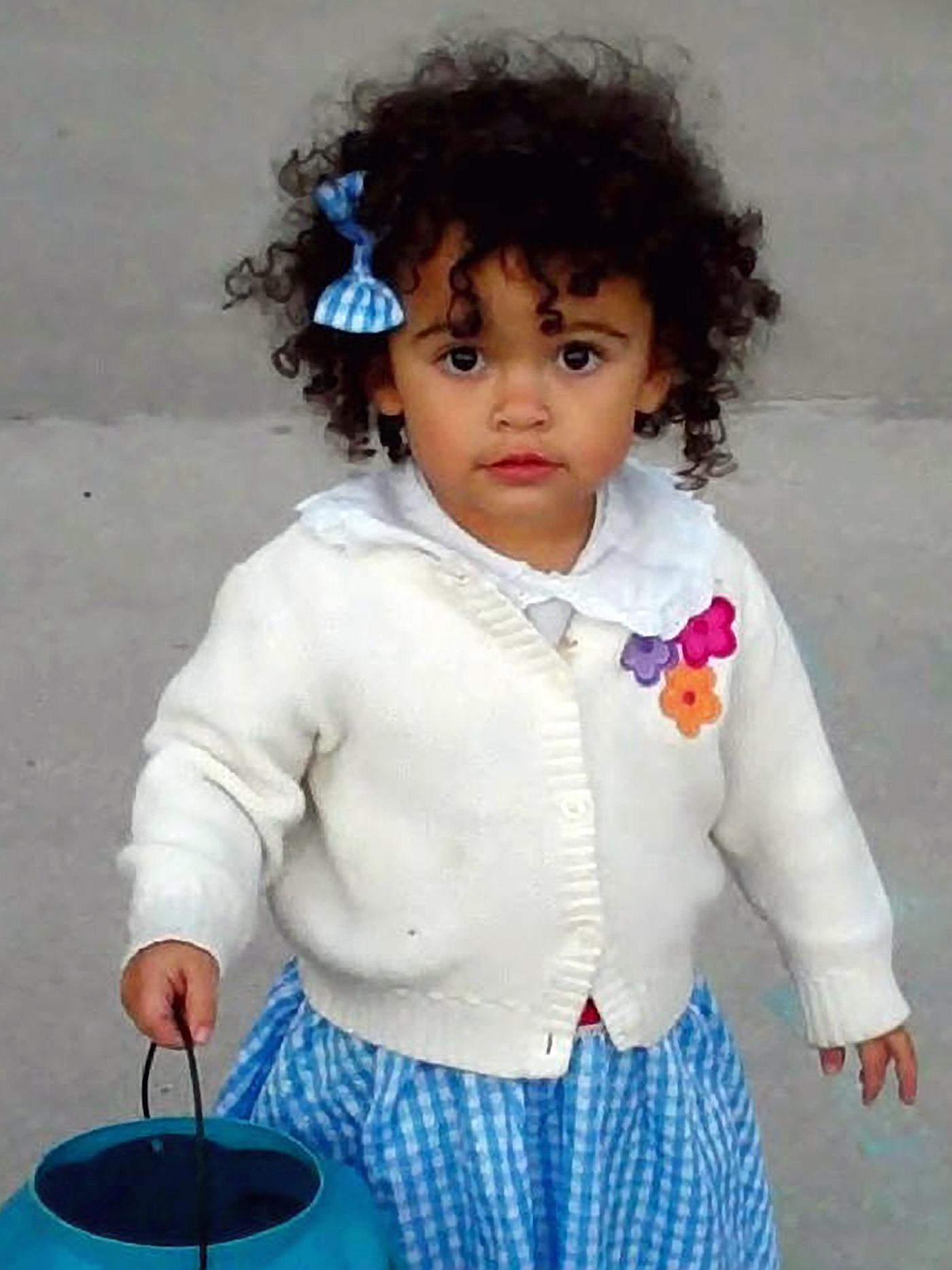 The South Carolina Supreme Court has ruled that custody for Baby Veronica, shown here in a October 2011 provided by her adoptive mother, Melanie Capobianco, be transferred from her biological father to the Capobiancos.

Less than a month after the U.S. Supreme Court sent an unusually messy child custody case back to the lower courts, South Carolina's Supreme Court has ruled to end the long-running saga of Baby Veronica, Adoptive Couple v. Baby Girl.

The lower court ordered on Wednesday that the adoption of 3-year-old Veronica by Matt and Melanie Capobianco, who are white, be finalized and for custody to be transferred from her biological father, Dusten Brown, to the Capobiancos, as NPR's Nina Totenberg reported for our Newscast unit and our colleagues at The Two-Way have noted.

The order comes after the U.S. Supreme Court ruled in June that the same lower court incorrectly interpreted the Indian Child Welfare Act, also known as ICWA, by granting custody to Brown, a registered member of the Cherokee Nation, in 2011.

Before Veronica was born, Brown had given up his parental rights, but he began seeking full custody of his daughter after finding out that she had been put up for adoption. In 2011, the South Carolina court ruled that under the ICWA — which was enacted in 1978 to prevent the separation of Native American children from their biological families and tribes — the Capobiancos had to turn Veronica over to her biological father. But in June, the U.S. Supreme Court ruled that Brown could not claim parental rights under ICWA because he "abandoned the [American] Indian child before birth and never had custody of the child."

In a 3-2 decision, the majority of the South Carolina Supreme Court explained their reasoning for Wednesday's decision this way:

There is absolutely no need to compound any suffering that Baby Girl may experience through continued litigation. As it stands, Adoptive Couple is the only party who has a petition pending for the adoption of Baby Girl, and thus, theirs is the only application that should be considered at this stage.

The news came as a pleasant surprise to attorney Lori Alvino McGill, who represents Veronica's biological mother, Christy Maldonado. McGill had previously told her client, who agreed to an open adoption with the Capobiancos, that next week would be the earliest the South Carolina court would come to a decision.

"I think it's hugely important that the South Carolina Supreme Court did not drag this on further because as children age, of course, all of these things get more complicated," McGill says.

But for Chrissi Ross Nimmo, assistant attorney general for the Cherokee Nation, who is also named in the case siding with the biological father, the lower court's decision was "heartbreaking."

"I had high expectations that the South Carolina Supreme Court would at least allow the family court to hold a best-interest hearing to look at where this child is now, what kind of bond she has formed with her father, [and] what potential harm removing her from her father would cause," Nimmo says.

In their dissenting opinion, two justices of the South Carolina Supreme Court agreed with Nimmo, describing the case as "a situation where the decisions that are in the best interests of this child, given all that has happened in her short life, must be sorted out in the lower court(s)."

Nimmo says the Cherokee Nation will ask for a rehearing in a petition to be filed on Monday.

Brown and his attorneys could not be reached for interviews, but he did issue a written statement describing Veronica as "an Oklahoma child":

[H]er placement should not be considered by a court in South Carolina. We have contacted our U.S. Senator and encourage each of you to do the same, in order to help us keep Veronica in her home, which is a safe, loving and nurturing environment. We will never give up the fight to raise our daughter.

The Capobiancos also issued a written statement that acknowledged the challenges of reuniting with Baby Veronica, who has been living with her biological father in Oklahoma for more than 18 months. "We look forward to seeing Veronica's smiling face in the coming days and will do everything in our power to make her homecoming as smooth as possible," they wrote.