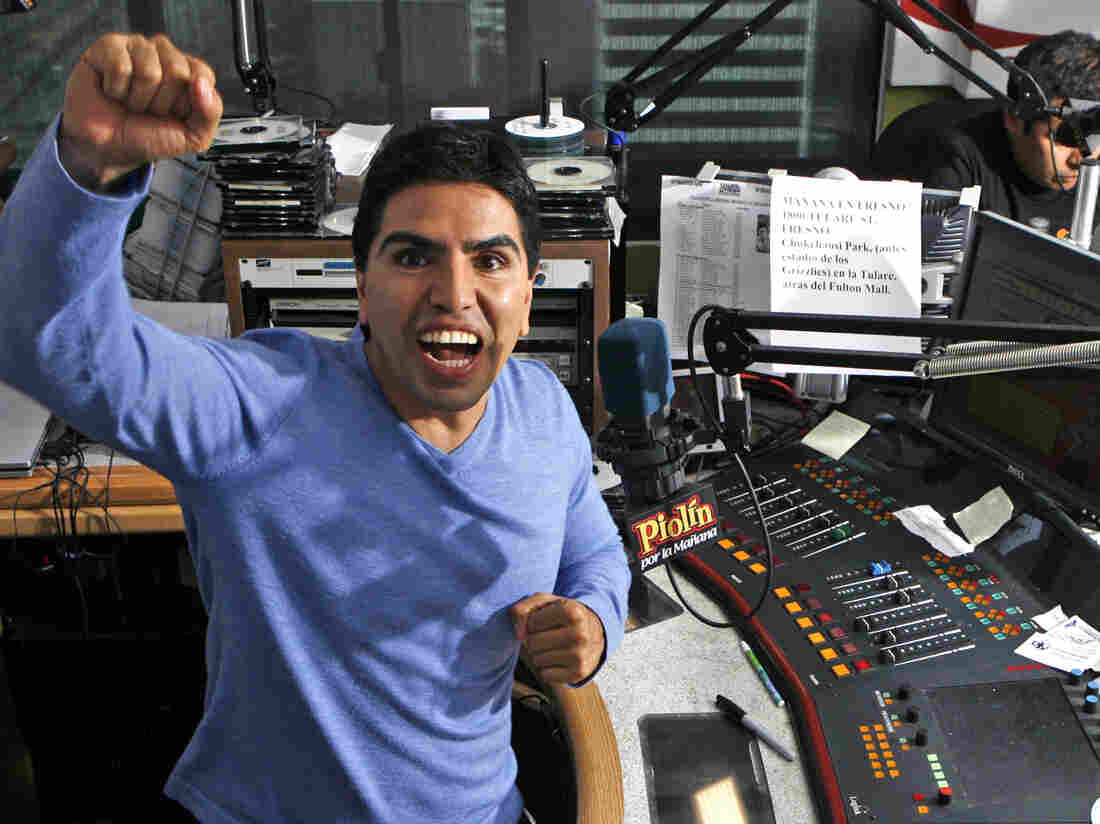 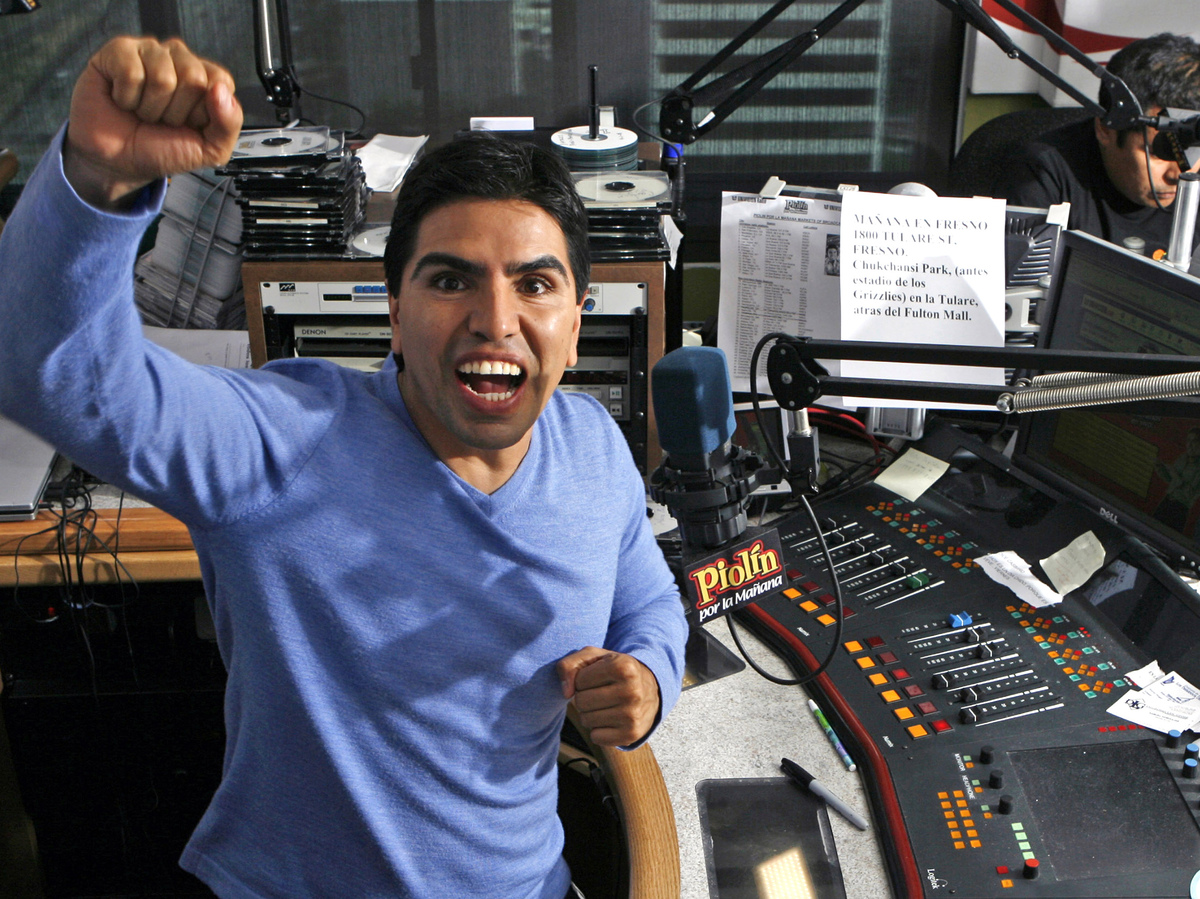 If you drive anywhere in greater Los Angeles, you know that you spend a significant amount of time staring at the bumper of the car ahead of you. And you may have noticed that a lot of those bumpers have red and yellow stickers that say "Piolín por la mañana." A lot.

The stickers show up on everything from sleek luxury cars to beat-up pickup trucks, and they advertise the morning drive-time radio show of Eddie "Piolín" Sotelo. (Piolín translates into "Tweety Bird" in Spanish — a gleeful moniker for the cheerful, diminutive host.)

Sotelo's show is a raucous mashup of popular music, ribald ad hoc comedy skits and a dash of news relevant to Latino communities. It has been very popular for years, so it was a shock to hear late Monday that Univision, which broadcasts Piolín por la Mañana, announced it was canceling his show.

The show, which is nationally syndicated, had dropped from its No. 1 spot in greater L.A., surpassed by a host and rival station that plays traditional regional Mexican music. (For what it's worth, the new king of SoCal Spanish-lanugage radio is El Mandril — Spanish for "the baboon." The Baboon was preceded by Tweety Bird, who himself was preceded by El Cucry — "the boogeyman." Maybe it's an L.A. thing.) So far, neither Sotelo nor Univision have commented beyond Univision's press release, which merely confirms that the show has been canceled.

Gustavo Arellano, editor of the OC Weekly and originator of his famously provocative (and humorous) "¡Ask A Mexican!" column says, "A bunch of car stickers does not a successful DJ make." He guesses that it's a combination of factors: Sotelo has a large immigrant following, but their children are listening to other things. Maybe his higher profile (movies, activism—more on that in a moment) irked his bosses. But ratings were probably the main reason.

Piolín por la Mañana reached some 3.5 million listeners daily, and Sotelo is one of the most influential Latinos in media. This is the same man who coaxed then-candidate Barack Obama to appear on his show and even croon a bit of a popular ranchero song "México lindo y querido" ("My Beautiful, Beloved Mexico") in Spanish to Piolín's listeners in 2007. 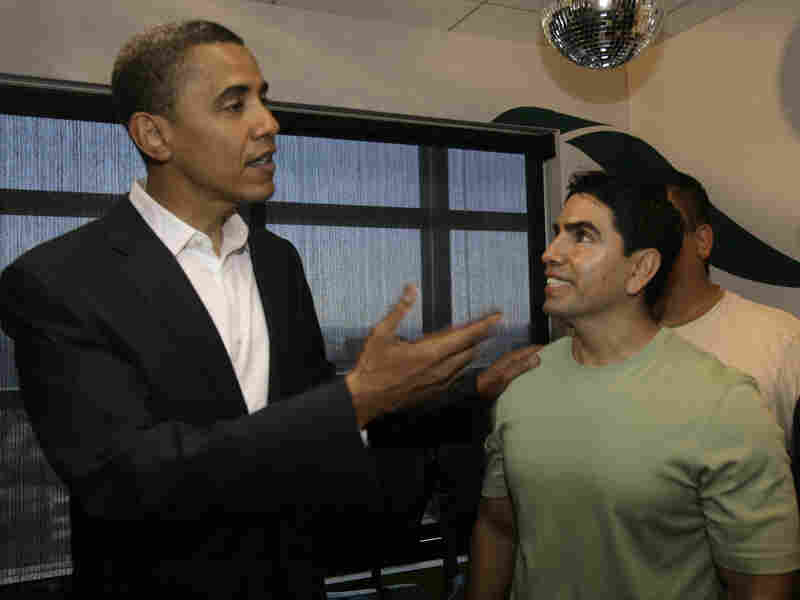 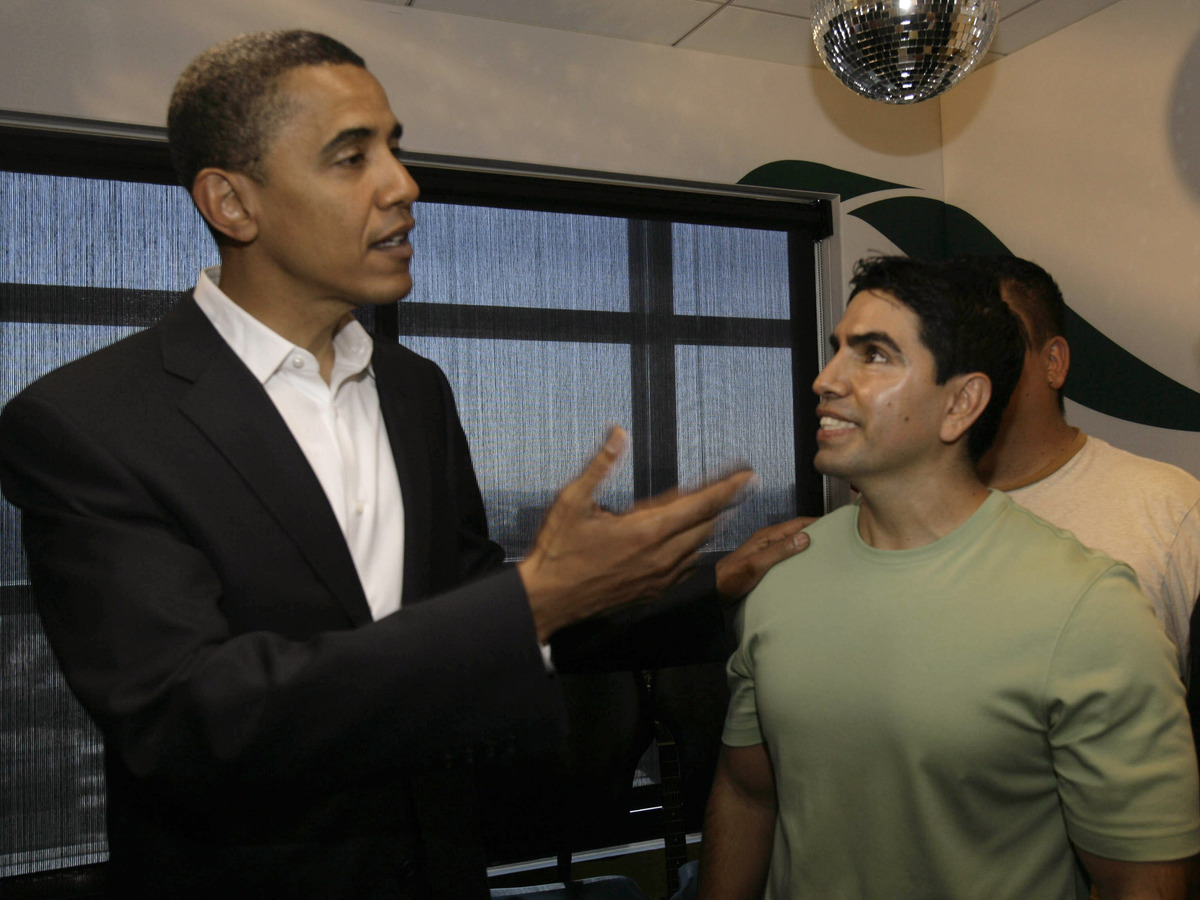 Sotelo chats with then-Senator Barack Obama in 2007 after an interview on his radio show Piolín por la Mañana.

And he's the same man who, in 2006, was relentless in encouraging his listeners to take to the streets in peaceful May Day demonstrations to call for the overhaul of immigration policies that left millions of undocumented people—mostly from Mexico—in a legal netherworld. "Let them see you!" he urged. (In Los Angeles, more than a million did in the first march.)

Sotelo continued to push when now-President Obama visited the show again in 2010. This time there was no singing, just hard questions about why the Obama administration had deported more people in the U.S. illegally than any other president. (Obama's response: We're after violent criminals who are here illegally, not non-criminal illegal immigrants.)

In recent years, Sotelo has expanded into other media. He's voiced parts in movies such as Beverly Hills Chihuahua and Ice Age: Continental Drift. This Thanksgiving, you (or, more likely, your kids) can hear him as a character in Free Birds. (It's about time-traveling to liberate turkeys from their fate as holiday meals, okay?) It's fun work he has no intention of putting aside.

Just a couple weeks ago, Sotelo talked with A Martínez, co-host of Take Two, the morning talk show on NPR affiliate KPCC in Los Angeles. Martínez was interviewing Sotelo in advance of his induction into the Radio Hall of Fame—the first Mexican American to be so honored. In the interview, Sotelo talked about coming to the U.S. illegally as a young man (he became a citizen in 2008) and about the difficulty of finding work without papers. "Anybody who comes to the United States, they come because they want to work for their dreams," he told Martínez. After all, he likes to say, "Why did we come to this country, if not to triumph?"

Sotelo used his show to push his fellow immigrants to learn English and to be better prepared for eventual citizenship. "That's the only power that the Latino community has," he told Martínez. "I believe that if you're a person that gives back to the community, if you're preparing yourself to become better in the United States, I think you deserve a chance to stay here."