Accessibility links
Tucson Revives Mexican-American Studies Program : Code Switch The Tucson Unified School District is resurrecting its Mexican-American studies program three years after it was banned by the state of Arizona. The courses are now known as "culturally relevant classes." They are set to begin in a couple of weeks, and they hold the same potential for controversy. 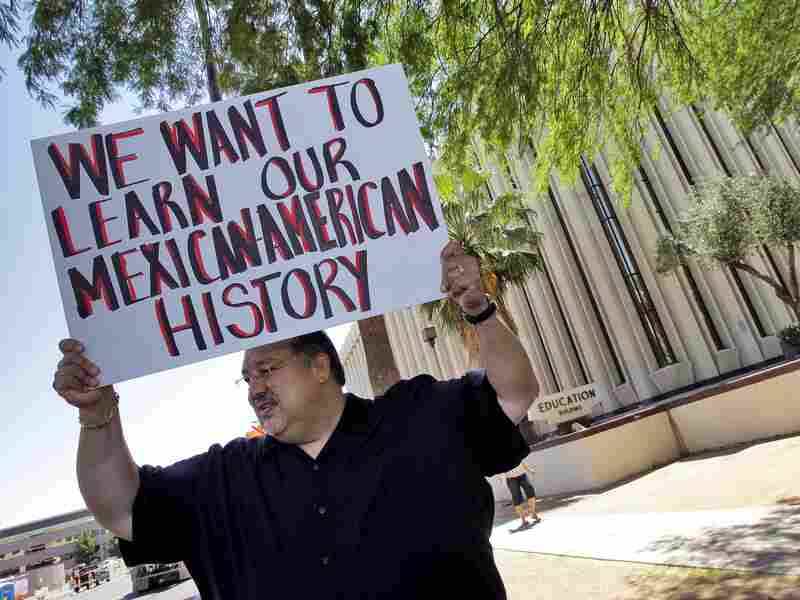 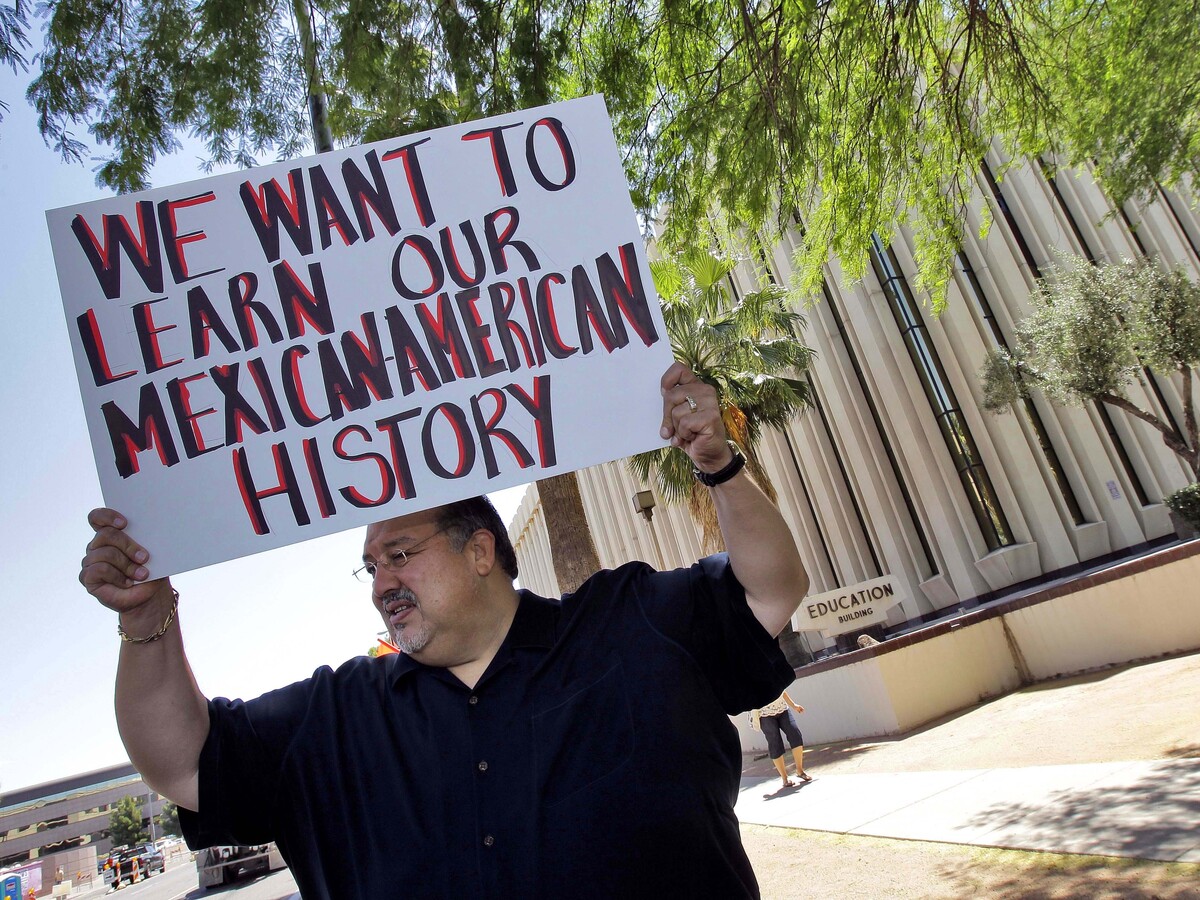 Three years after it was banned by the state of Arizona, the Tucson Unified School District (TUSD) is resurrecting its Mexican-American studies program due to a federal court order. The courses are now known as culturally-relevant classes and are set to begin in a couple of weeks, when the school year begins. And they hold the same potential for controversy.

The TUSD board's decision to bring back the ethnic studies program was a whole lot less contentious than its decision to end the Mexican-American studies classes three years ago.

Back in 2010, Tucson streets were filled with protestors. A month earlier, the Republican-controlled Arizona legislature had passed the anti-illegal immigrant law known as SB-1070. Then, legislators passed another law banning the Mexican-American studies classes. The state decided the classes promoted racism and classism toward Anglos, advocated ethnic solidarity and suggested the overthrow of the government.

Kim Dominguez was one of the protestors and a graduate of the TUSD program. She says she's hopeful about the new classes.

"We want a successful course that meets our federal desegregation court order and doesn't violate the state law. It's a very narrow path," says Sanchez.

And it looks like a rocky path again: The district asked the state to look at the new classes. The state said they're unacceptable. John Huppenthal, the Arizona Superintendent of Public Instruction, agrees that the history of racial injustice needs to be taught, but says the Tucson curriculum is still inappropriate.

State superintendent Huppenthal wouldn't be more specific about his objections. The new curriculum is still being worked out, including what books teachers will use. That was a major source of contention earlier. Still, the state says the classes don't meet core educational standards. H.T. Sanchez, the Tuscon superintendent, says he's yet to see those standards.

"I asked, 'Can you give me a copy of a document that has as a good example incorporated those core standards?' And one doesn't exist. There wasn't one he could put his hands on and hand me," says Sanchez.

It sometimes sounds as if state and local officials are talking past each other. Tucson needs to offer ethnic studies to satisfy a federal mandate, yet Arizona officials say the content is inappropriate. The issue could be resolved by negotiation, but it could just as easily end up in court — or in the streets, again.