Accessibility links
How The Death Of A 12-Year-Old Changed The City Of Dallas : Code Switch Forty years ago, a white police officer shot and killed a 12-year-old boy who was handcuffed in a police car. Santos Rodriguez's death sparked outrage and spurred changes in the city's police force.

Forty years ago, thousands of Mexican-Americans in Dallas, Texas came together for a protest at city hall. Four days earlier, a white police officer had shot and killed 12-year-old Santos Rodriguez. The death of Rodriguez sparked a riot. Eventually, it later spurred change that led to political representation and more Mexican-Americans on the police force. 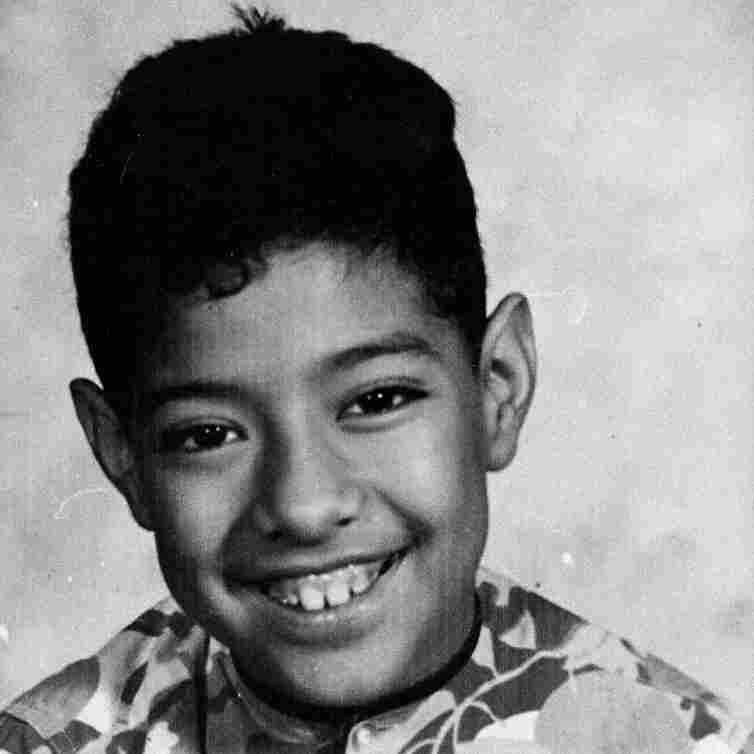 Twelve-year-old Santos Rodriguez was shot and killed by a police officer in Dallas on July 24, 1973. Courtesy of the Dallas Mexican American Historical League hide caption 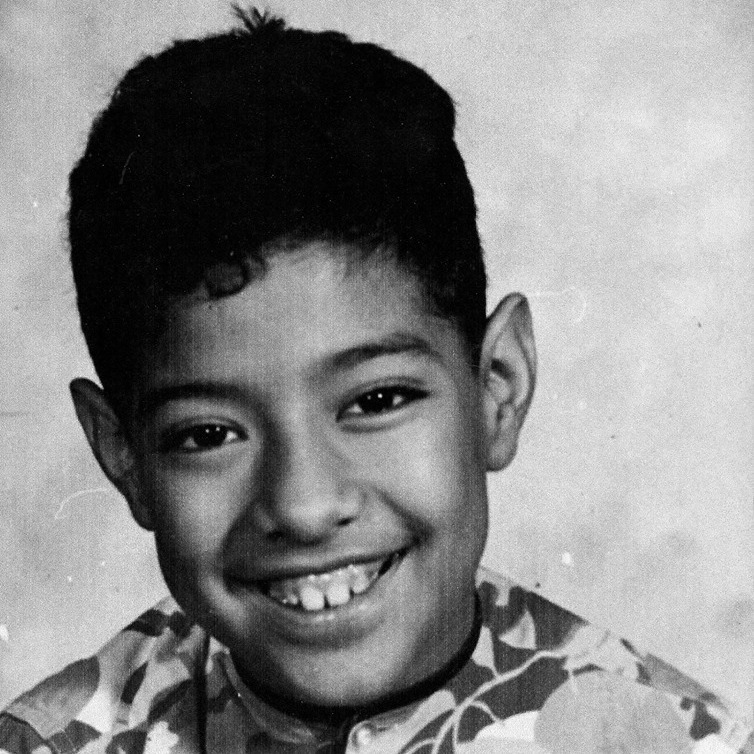 Twelve-year-old Santos Rodriguez was shot and killed by a police officer in Dallas on July 24, 1973.

On July 24, 1973, Santos Rodriguez and his 13-year-old brother David were pulled from their home, handcuffed and put inside a police car. Officers accused them of robbing $8 from a vending machine at a nearby gas station. They denied it. Officer Darrell L. Cain decided to play a game of Russian roulette to force the boys to confess to the crime.

Nothing happened the first time the officer pulled the trigger on his .357 Magnum. The second time, the gun fired. Twelve-year-old Santos died in that squad car, his blood soaking his brother's feet.

Cain was eventually convicted of murder and sentenced to five years but was released after two and a half years.

In the mid-70s, there were about 80,000 Latinos in Dallas. Valtierra says at the time, the Latino community was just getting established.

"We were buying houses, getting good jobs," he says. "But there was still resistance from the powers that be, so we had to go out and claim the power for ourselves."

"This was really the first time Mexican-Americans had organized to have a protest," says Rene Martinez, who was 25 at the time.

It was a Saturday afternoon, and the temperature was in the triple digits. Thousands of Mexican-Americans marched and shouted, in Spanish, "justice for the people."

Martinez, who is now president of the local chapter of the League of United Latin American Citizens, says the riot was ugly, but that it pushed city leaders into action.

"These were men that said, 'We've had this tragedy, we're having protests, we've got to change,'" he says.

In the decades that followed the shooting, Mexican-Americans in Dallas grew from a small minority to more than a third of the city's population. They began to win seats on the city council and the school board.

The biggest transformation, however, was in the Dallas Police Department.

The Dallas Police Department Gets A Makeover 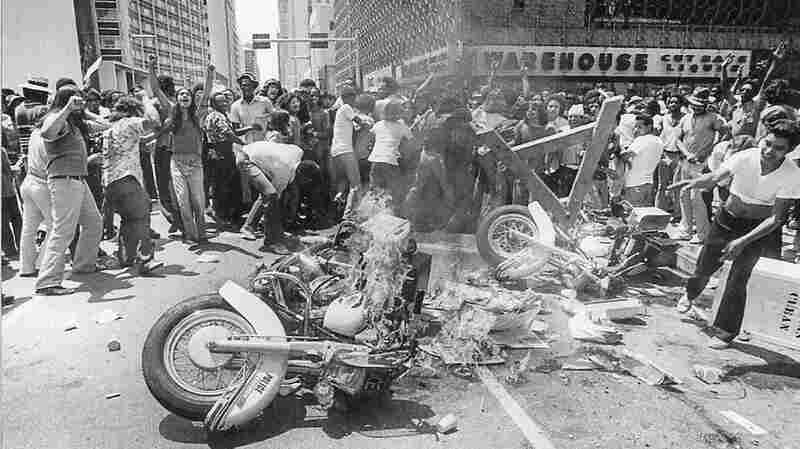 A march following the death of Santos Rodriguez in downtown Dallas on July 28, 1973 erupted in violence. Five police officers were hospitalized and more than 30 people were arrested. Courtesy of the Dallas Mexican American Historical League hide caption 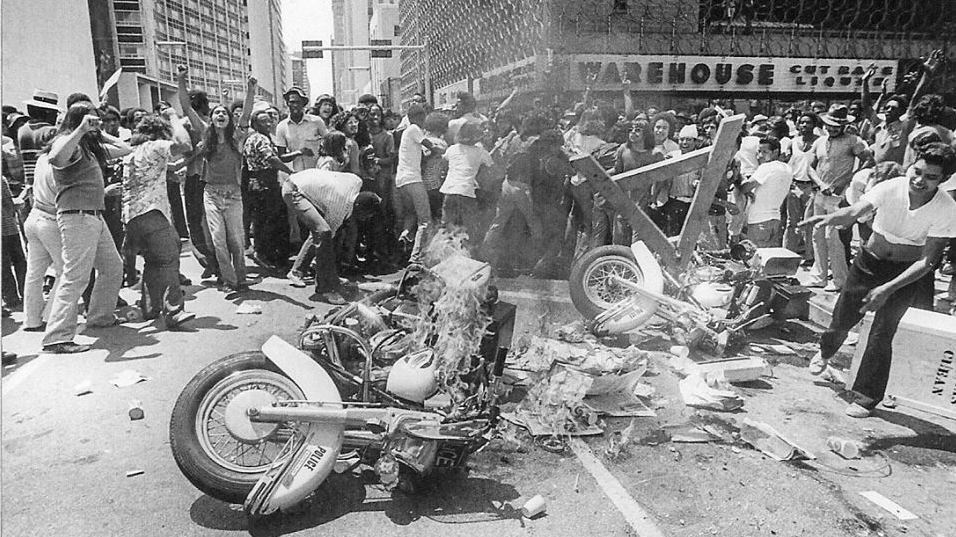 A march following the death of Santos Rodriguez in downtown Dallas on July 28, 1973 erupted in violence. Five police officers were hospitalized and more than 30 people were arrested.

In 1975, Cynthia Villarreal became the first Latina to put on the Dallas Police uniform. This was two years after Santos was killed.

"It was a time when they were trying to hire as many women as they could, as many Hispanics, blacks, you name it," says Villarreal, who now ranks second only to the police chief.

Dallas was just beginning to desegregate its schools and integrate its police department. It eased height and weight requirements that had shut out people like Villareal, who is 5 feet 2 inches. Recruiters worked to persuade her to join the forces, but it was Villarreal's family in south Texas they had to convince.

"When they found out I was applying to Dallas they said, 'Oh no, they don't like Hispanics there, they just killed a little boy over there,'" Villarreal says. "My grandfather thought there were all kinds of problems up here in Dallas."

Villareal says it took decades to improve the relationship between Latinos and the police. But today, almost half of the force are minorities. She says the killing of Santos helped drive the transformation of the Dallas Police Department.

Here is an excerpt of KERA's 1982 documentary 'Pride And Anger: A Mexican American Perspective of Dallas and Fort Worth.'