Accessibility links
How Musicians Helped Integrate The Silver Screen : Code Switch America's first Freedom Riders may well have been the black musicians who, in the '30s and '40s, broke ground in Hollywood. Those could have been milestone moments, but the industry responded to provincial concerns and allowed Jim Crow markets to cut out integrated scenes. 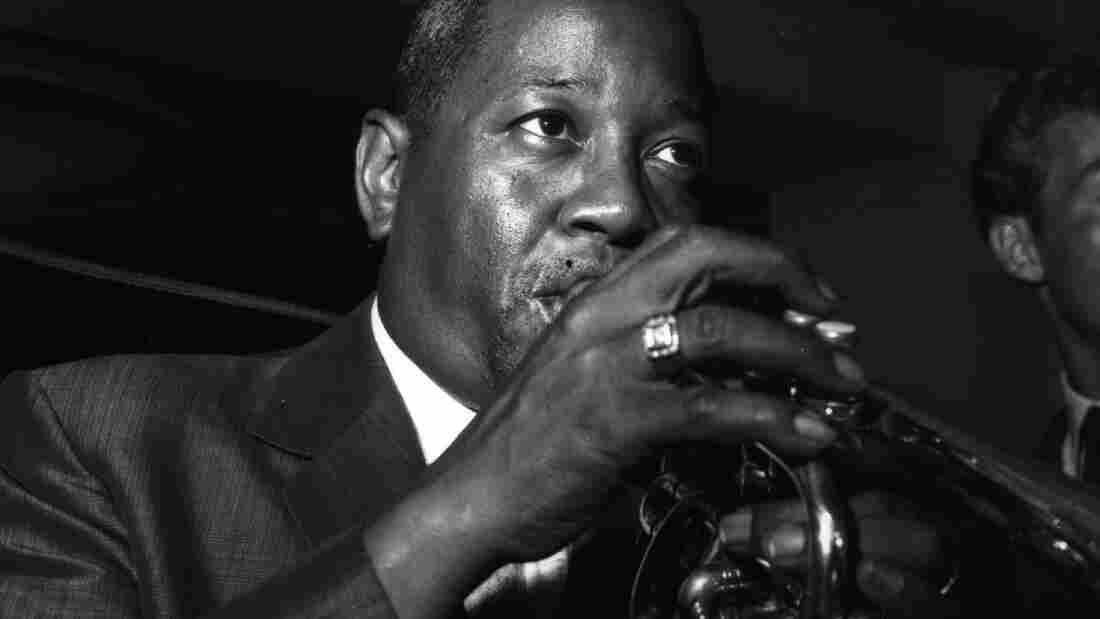 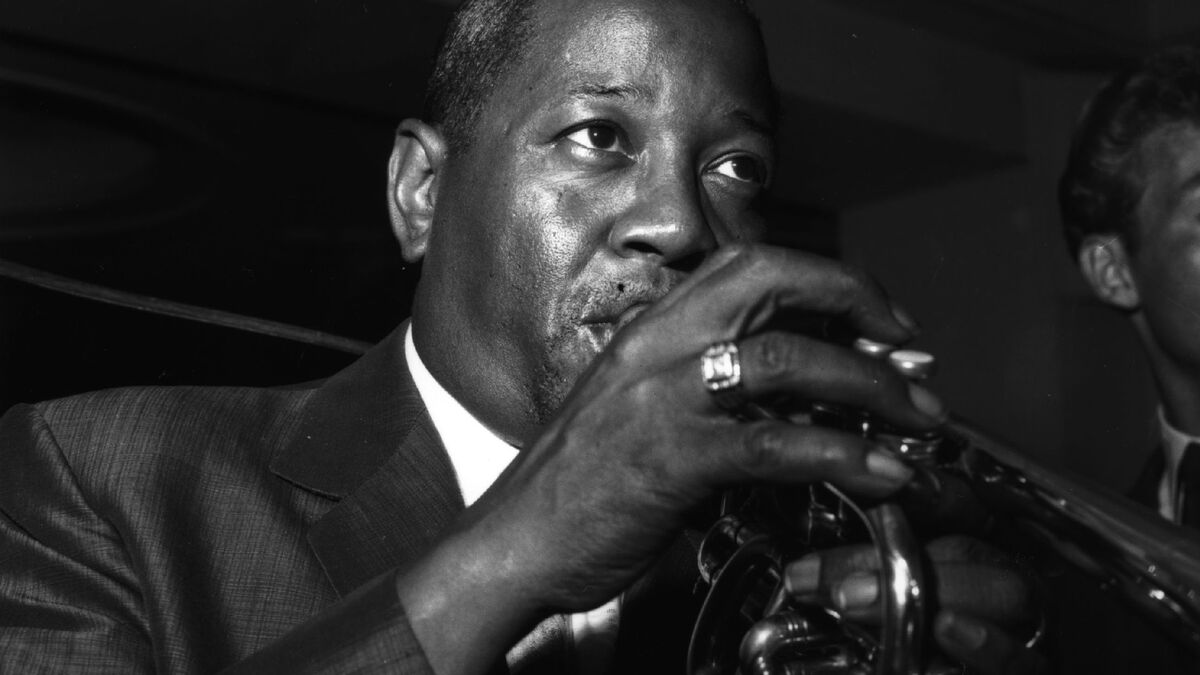 When Gene Krupa's orchestra was cast in 1941's Ball of Fire, trumpeter Roy Eldridge's presence was not negotiable.

Swing was sweeping the country in the 1930s, long before schools, buses, baseball or even the military felt any pressure to integrate. Back then, every expert had his own definition of swing, but none saw what seems so obvious today: When orchestras started to swing, millions of young, white, middle-class fans suddenly began listening to the same music black audiences had been hearing for years.

African-American musician Fletcher Henderson had been playing "Minnie the Moocher's Wedding Day" in Harlem since 1933, but it wasn't until five years later, in white musician Benny Goodman's hands, that the whole country started hearing it.

Goodman became a national sensation, and he capitalized on stardom fearlessly. He made vibraphonist Lionel Hampton and pianist Teddy Wilson, both black musicians, part of his quartet because they were unique. A decade before Jackie Robinson would integrate Major League baseball, Hampton and Wilson integrated American popular music.

The Most Basic Rule Of Jim Crow Protocol

Swing was hot, and Hollywood followed the heat. The film industry began feeling pressure to present the new music to an eager, young audience.

When the Goodman Quartet appeared on the screen together in 1937's Hollywood Hotel, it broke the most basic rule of racial protocol — strict, physical separation of the races. It should have been a silver screen milestone: There they were — Goodman, Hampton, Wilson and Gene Krupa — two white musicians and two black musicians dressed alike and performing as equals. The scene broke from virtually every African-American image Hollywood had ever purveyed.

But film distributors responded to provincial concerns, and the scene New Yorkers cheered was often simply cut from the prints in Jim Crow markets.

Still, in a small way, swing made it possible for black artists to be seen as hip musicians and singers, not as old-time servants and maids. Even if only in parts of the country, it drew white and black fans together to cheer a procession of common heroes, and began to expose the indignity in treating one musician differently from another.

That was a lesson Krupa applied in 1941, when his own orchestra was cast in producer Sam Goldwyn's Ball of Fire, starring actress Barbara Stanwyck. One of Krupa's four trumpet players was Roy Eldridge, and neither his race nor his presence was negotiable. So the Goldwyn Studio and director Howard Hawks devised a subtle form of racial cine-manipulation.

In those days, a typical movie was shown on seven or eight reels, using two alternating projectors. Sixteen minutes into Ball of Fire, Stanwyck comes on stage, sings "Drum Boogie" with the Krupa band, and Eldridge stands to take his solo. When the song is over (1:22), Stanwyck leaves the stage and the first reel ends. As the next reel begins, she returns for an encore. The band is still in place and the audience is still applauding; but if you look carefully, when the second reel starts (1:46), there are now only three trumpets:

By simply switching projectors before Stanwyck's first entry, a projectionist could leapfrog the offending sequence on the fly. It was an ingenious accommodation.

Still, Hollywood had a dilemma. It could never move as fast on race as radio or records because movies were visual. There were courageous individuals, but as an institution it would be years before it was able to portray genuine equality.

Seven years later, Goldwyn remade Ball of Fire. It was called A Song Is Born, it was full of jazz, and it integrated musicians like Louis Armstrong, Tommy Dorsey, Lionel Hampton and even Benny Goodman. They all played together, side by side; and a decade after Hollywood Hotel, maybe it all seemed less revolutionary. But Goldwyn was still worried. A memo to director Howard Hawks warned him not to "get the Negroes and the white musicians too close together."

Jazz needed an ally. And by 1948 a second front had been opened in major league baseball. The flag Hampton and Eldridge once carried was now in Jackie Robinson's hands.