Accessibility links
Steve King Doubles Down : Code Switch The lightning-rod congressman wasn't backing down from his comments comparing immigrants to drug smugglers. Is that a good thing or a bad thing? 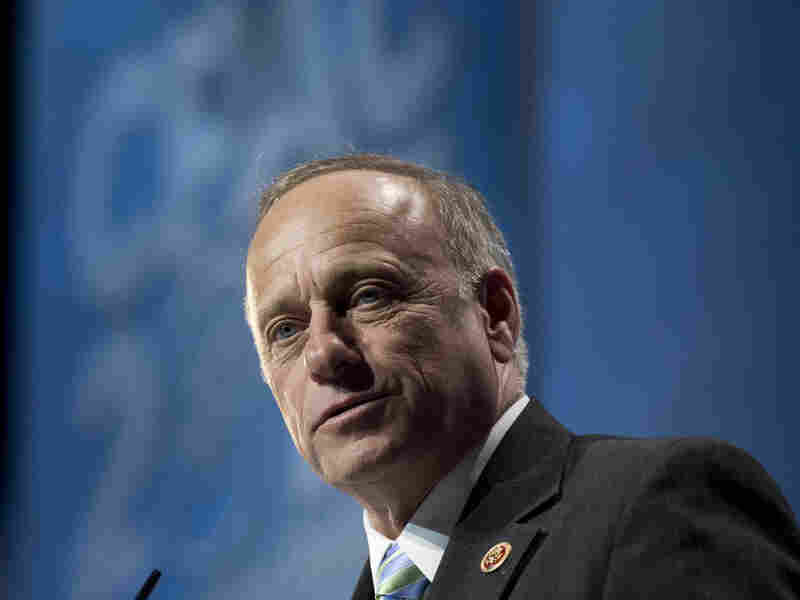 King said that most immigrants crossing the U.S.-Mexico border "weigh 130 pounds and they've got calves the size of cantaloupes because they're hauling 75 pounds of marijuana across the desert." Manuel Balce Ceneta/AP hide caption 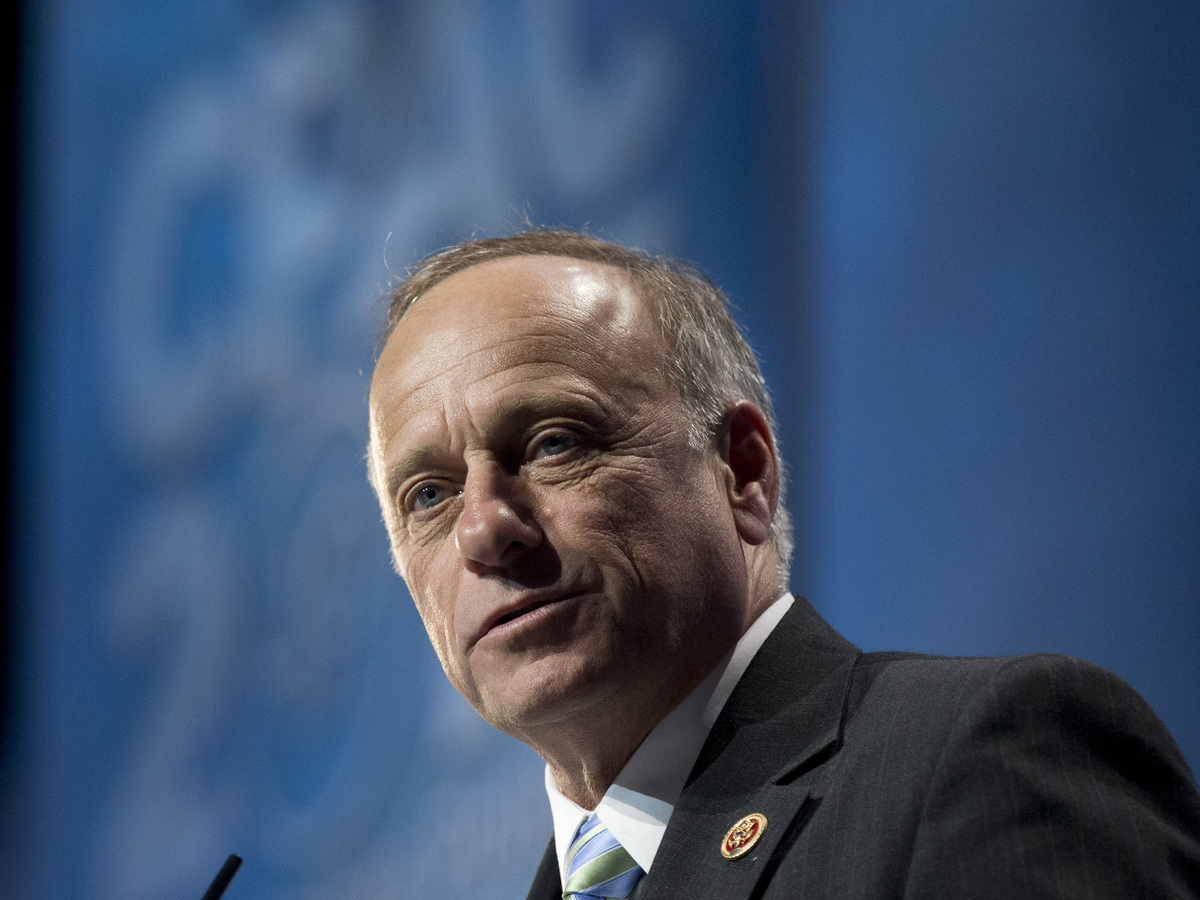 King said that most immigrants crossing the U.S.-Mexico border "weigh 130 pounds and they've got calves the size of cantaloupes because they're hauling 75 pounds of marijuana across the desert."

But Steve King, a longtime Republican representative from Iowa and an outspoken opponent of immigration reform, wasn't having it.

They will say to me and others who defend the rule of law, 'We have to do something about the 11 million. Some of them are valedictorians.' Well, my answer to that is ... it's true in some cases, but they weren't all valedictorians, they weren't all brought in by their parents. For everyone who's a valedictorian, there's another hundred out there, they weigh 130 pounds and they've got calves the size of cantaloupes because they're hauling 75 pounds of marijuana across the desert. Those people would be legalized with the same act.

As you might have guessed, that didn't really go over too well.

John Boehner, the speaker of the House, rebuked his fellow Republican's comments. "There's no place in this debate for hateful or ignorant comments from elected officials," Boehner said earlier this week. Some young immigrant advocates delivered bags full of cantaloupes in front of King's office in mocking protest. Even Raul Labrador, an Idaho representative who's a conservative's conservative, blasted King this week, calling his comments "reprehensible" and referring to King as a "wing nut."

(No statement from the NFL yet, but presumably, scouts are salivating over this new crop of freakishly muscled running back prospects pouring over the border.)

As my colleague Frank James wrote, King's comments come at an inconvenient time for Republicans, who were badly beaten by Democrats among Latino voters in last fall's elections even as Latinos become an increasingly significant part of the electorate. (According to polls, immigration matters less to Latino voters than the economy and education, but many people see immigration as a kind of litmus test for the way a candidate feels about Latinos.) The party had been trying to repair that breach before King's, er, impolitic comments.

"Eighty [percent] to 90 percent of the illegal drugs consumed in America come from or through Mexico," he said the next day. "I can tell you that in Mexico they are recruiting kids to be drug smugglers, between the ages of 11 and 18."

And in the grand Washington tradition, King's re-election campaign sent out an email to supporters referencing the hullabaloo and asking for donations to fight "the pro-amnesty crowd [that's] out in full force against me."

The email went on:

The left will use these made up headlines in TV and radio commercials to influence the voters of Iowa's 4th District to vote against me. Without my own war chest, I won't be able to defend myself and set the record straight with Iowans.

Can I count on you to contribute $25, $50, $100 or more to my campaign to help fend off these attacks? If every one of you who receive this email were to just give $15 today, we would raise enough money to pay for television ads on every Des Moines network station for this entire election cycle – and the left will be hard pressed to fight back.

Say what you will about the guy and his history of, er, impolitic comments — that Hillary Clinton has close ties to the Muslim Brotherhood, calling for Muslims to be racially profiled at airports, seemingly comparing immigrants to dogs on Univision — he's more than willing to own what he says.

King is hardly the first politician to make racially inflammatory statements. And there's an argument to be made that King's comments have some value; there are countless Americans who agree with King, and having his ideas in a public space gives the country an opportunity to grapple with them. (Conversely, granting legitimacy to comments like King's expands the universe of acceptable discourse.)

But the current media environment means that someone like King, a relative backbencher, can get airtime and attention that far outstrips his actual political influence. That means King has a smaller margin of error from ignominy — he can't make public statements anywhere that won't end up on YouTube or tweeted out to the wider world. And given the challenge the GOP faces in winning Latino converts, his party has a smaller margin for error, too.