Accessibility links
Research Says: Actually, Where You Go To College Matters : Code Switch Researchers say that blacks and Latinos are underrepresented at the nation's top universities but overrepresented at open-access colleges. 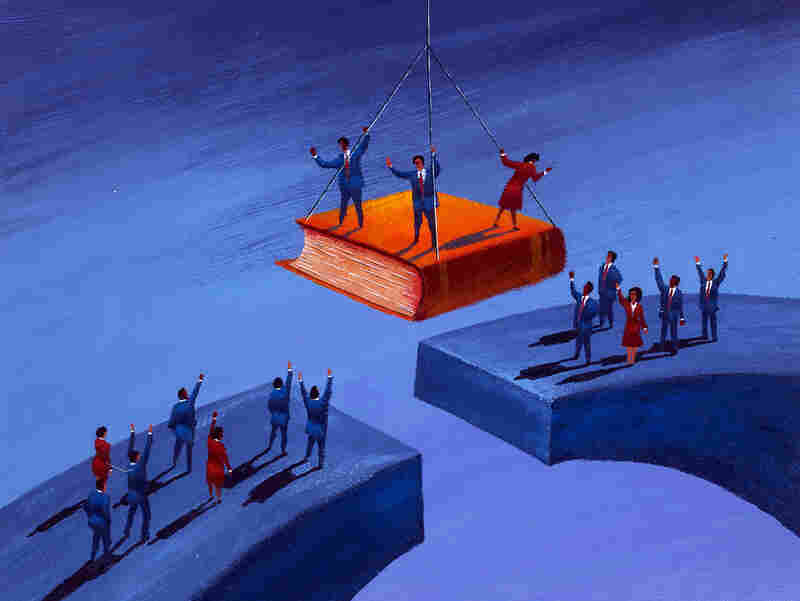 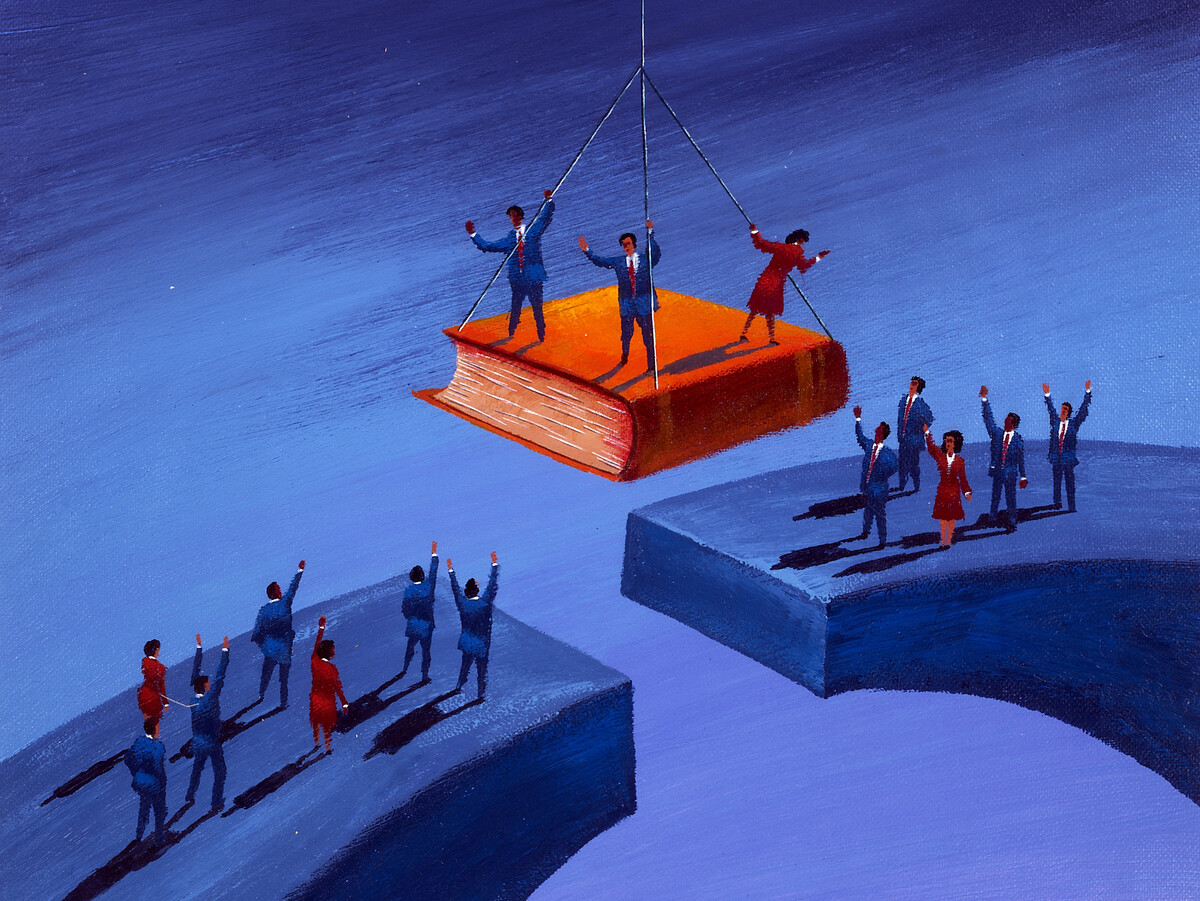 There are lots of questions for high school grads: Should you go for an associate degree or a bachelor's? A community college or a four-year university? Does it really matter where you go? If we're comparing top-tier schools with open-access ones, then yes. It matters a whole lot, and it has long-lasting effects.

A study published this week by the Georgetown University Center on Education and the Workforce says that African-American and Latino students are underrepresented at the nation's 465 "most well-funded, selective four-year colleges and universities." They're also overrepresented at 3,250 open-access two-year colleges. The researchers, Anthony Carnevale and Jeff Strohl, looked at 4,400 different institutions over 15 years, between 1994 and 2009. Carnevale spoke with Tell Me More's Michel Martin earlier this week. The researchers argue that the "racial stratification" that occurs in K-12 — and that is pervasive in society in general — gets confirmed in college.

The numbers aren't pretty. Carnevale and Strohl found that more than 240,000 high-achieving high school students who come from low-income families don't go to elite colleges or earn two- or four-year degrees after graduating. And 1 in 4 of these students — about 60,000 — are black or Latino.

There's a big difference between going to open-access schools — primarily two-year colleges — and selective top-tier schools. For one, elite schools have more resources and spend two to five times as much on students than open-access schools. They also have much higher graduation rates. High-scoring whites graduate college at a much higher rate (70 percent) than similarly qualified black (52 percent) or Latino (49 percent) classmates. (This New York Times interactive shows the graduation rates of blacks and Latinos.)

The effects persist into the next generation: Only 26 percent of kids from families headed by college dropouts earn a bachelor's degree or better.

And second, folks who graduate from top schools usually earn more, which Carnevale estimates is, on average, about a $2 million payoff over a single lifetime.

More Minorities Are In College, But . . .

Code Switch's Hansi Wang reported that Latinos are entering college at a record rate, but are more likely to enroll in community colleges. And "those who do go on to four-year colleges, they're more likely to drop out than other students," Wang wrote.

According to the study authors, more blacks and Latinos have the potential to go to school but are winding up at open-access colleges — not the elite universities where they're more likely to graduate. "The more access you get, the more inequality you get," Carnevale says.

"Low-hanging fruit," is how Carnevale and Strohl refer to the 111,000 black or Latino students who were in the top half of their high school classes and who either don't finish or go to college.

How To Fix The Diversity Problem

Successfully tackling the diversity problem at the elite schools depends on some combination of race and class-based admissions criteria.

The researchers write that the "effects of race are remarkably stubborn, even in the face of social and economic improvements among African Americans and Hispanics."

Folks like University of California, Los Angeles law professor Richard Sander argue that race-based admissions create a "mismatch" and that some students find themselves in over their heads at elite colleges and therefore don't graduate.

"If you go to a school where most of the students have much stronger qualifications, you're very likely to get poor grades, and those end up having a bigger effect on your career than getting an elite degree," Sander told NPR's Robert Siegel.

"In the end, it's bigger than affirmative action. We're talking about the whole post-secondary system and the way it's become. ... It sits at the top of the sorting mechanism. K-12, and now you got to go to college to get a good job," says Carnevale.

The Root Cause: 'White Flight'

Carnevale blames white flight. Back in the '60s and '70s, Carnevale says, whites who lived downtown suddenly got housing money or G.I. bill benefits and fled to the suburbs with bigger houses and better schools.

"It's not surprising that once they moved to the better schools, 20, 30 years later, we have the same profile in colleges that we do. So that wave has simply moved beyond suburbs and into college," Carnevale says. "So you get this phenomenon now where the white population is declining, but the white representation in elite schools is increasing. So the selective colleges have become white privilege."

To Carnevale, the type of school you attend matters a whole lot, especially if you're black or Latino and from a low-income family. At the top schools, it's often just a matter of getting your foot in the door.