The Racial Backdrop Of The Tawana Brawley Case

The Racial Backdrop Of The Tawana Brawley Case 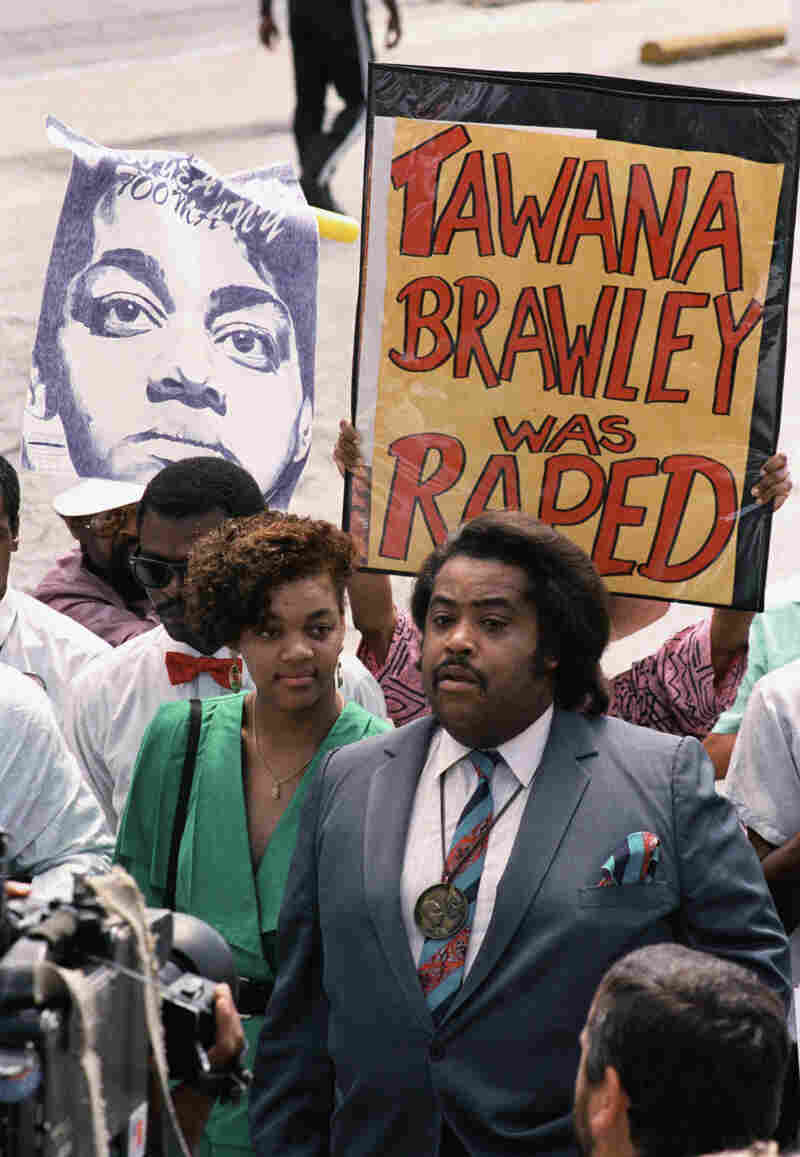 Tawana Brawley and the Rev. Al Sharpton at a protest in 1988. Neil Brake/AP hide caption 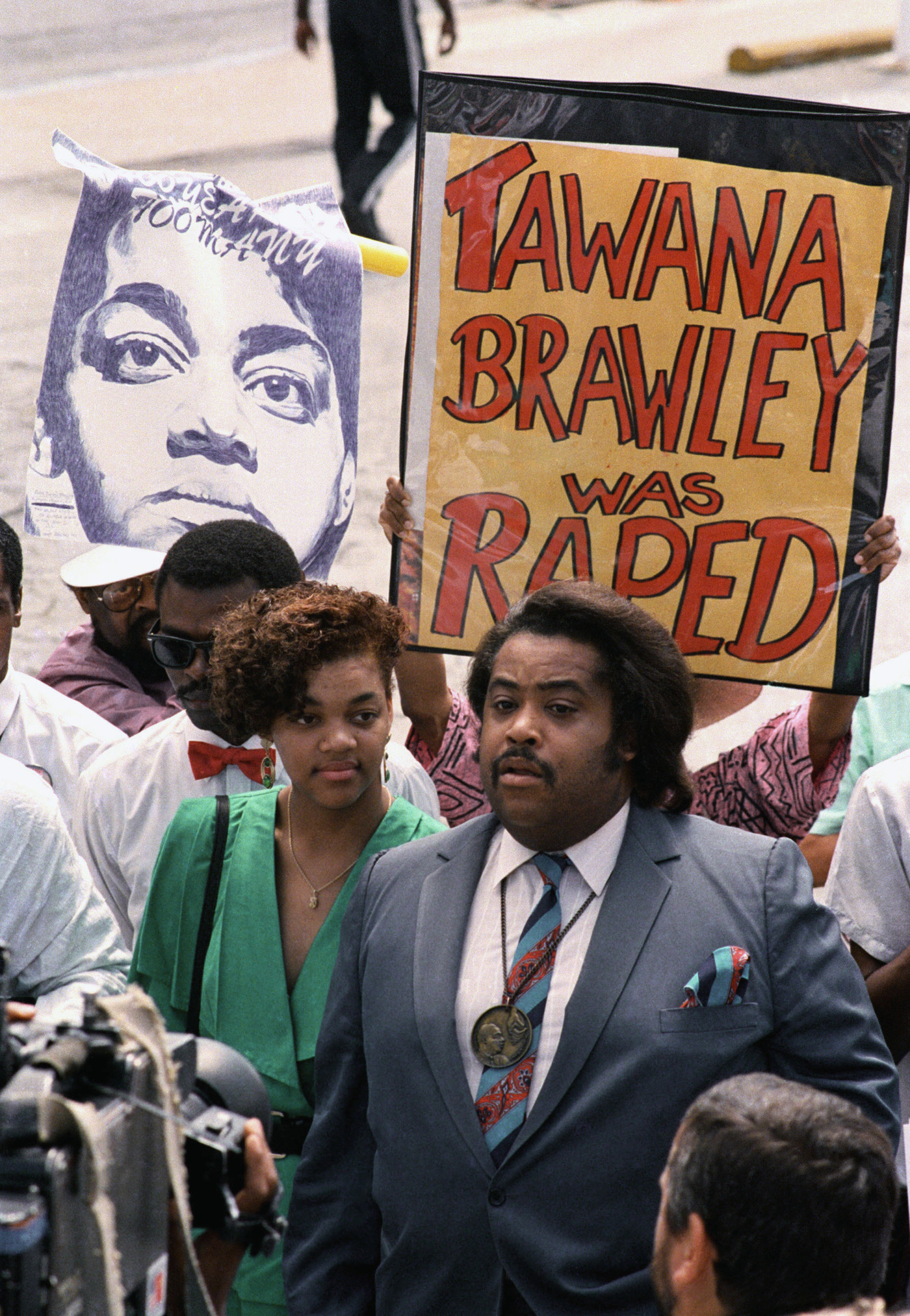 Tawana Brawley and the Rev. Al Sharpton at a protest in 1988.

As our colleagues at The Two-Way reported, Tawana Brawley, the central figure in one of the most bizarre and racially polarizing cases in New York City's recent history, has begun to pay part of the more than $430,000 judgment against her.

Brawley accused a group of men of having raped her repeatedly. Among those she accused were several police officers and a prosecutor.

The former prosecutor, Steven Pagones, told the New York Post: "It's a long time coming." Pagones was awarded the judgment in 1998, but said that he would forgive the payments if Brawley confessed that her accusations were a hoax. "Every week, she'll think of me. And every week, she can think about how she has a way out — she can simply tell the truth."

The Brawley case was one of the strangest incidents at a time of high racial drama in New York City 30 years ago, when the city might have seemed like it would combust.

The Big Apple was setting all-time highs for crime — the city would eventually top out at a whopping 2,245 homicides in 1990 — and the issue of race was roiling beneath the surface of so many of its highest-profile incidents.

It was in this tense, violent moment, full of seething distrust between black New Yorkers and the city's police department, that Brawley, then 15, was found in a trash bag, with racial slurs written on her body and covered in feces. Brawley said that she'd been kidnapped and raped by a group of white men, including several police officers, in a town north of the city. Brawley identified Pagones and several others as her attackers. The story gained national attention, and it reaffirmed for many black New Yorkers the idea that the city's police department was populated by dangerous racists.

Brawley's family retained high-profile lawyers Alton Maddox and Vernon Mason, but it was her family's adviser, the Rev. Al Sharpton, who became a particular lightning rod in the news media. Sharpton was already well-known in New York City — he was one of the loudest voices surrounding many of the city's aforementioned racial controversies — but the Brawley case was the first exposure that many Americans would have to the loquacious, flame-throwing Sharpton. People magazine at the time said that the civil rights activist was "widely considered a confabulating clown," and he was a polarizing figure among blacks and whites alike. In part because of Sharpton's advice, Brawley's family refused to participate in the investigation.

But a grand jury ultimately decided not to indict the men Brawley accused of attacking her; indeed, they suggested that Brawley had created an elaborate hoax — possibly to avoid getting in trouble for being out late at a party.

Like everything else about this case, the case's dismissal was a source of considerable disagreement along racial lines. In a scene in Spike Lee's Do the Right Thing (1989), viewers can see graffiti on a brick wall in one scene that reads "TAWANA TOLD THE TRUTH!"

But Brawley has never apologized or recanted her statement. Her mother and stepfather gave an interview in 2007 in which they asked for the case to be reopened. "We're going to fight this case all the way to the end," Glenda Brawley said. "[The rapists] ain't going to heaven with something weighing heavy on them. Maybe they'll release it after all these years. I can look my daughter in her big, brown eyes and myself in the mirror. Can they?"

For Sharpton, the Brawley case has bedeviled his late-career transition from firebrand to mainstream political commentator. In 2004, he ran a long-shot presidential bid that nonetheless ended with him comfortably within the Democratic Party fold. And he's given up his signature tracksuits and gold chains, even if he hasn't given up activism. That last bit has made for a somewhat tricky relationship with MSNBC, a network covering news events that Sharpton is often deeply involved in. Sharpton helped organize marches calling for the prosecution of George Zimmerman for shooting Trayvon Martin, while also covering the trial on his weekday show, PoliticsNation.

Sharpton has said that he has no regrets about supporting Brawley.

"What do I have to apologize for?" Sharpton told NPR earlier this year. "I believed her."