Accessibility links
Who, Exactly, Is A Gringo? : Code Switch The word doesn't necessarily mean what you think it does. And it applies to a much larger group of people than you might expect.

Who, Exactly, Is A Gringo?

Who, Exactly, Is A Gringo? 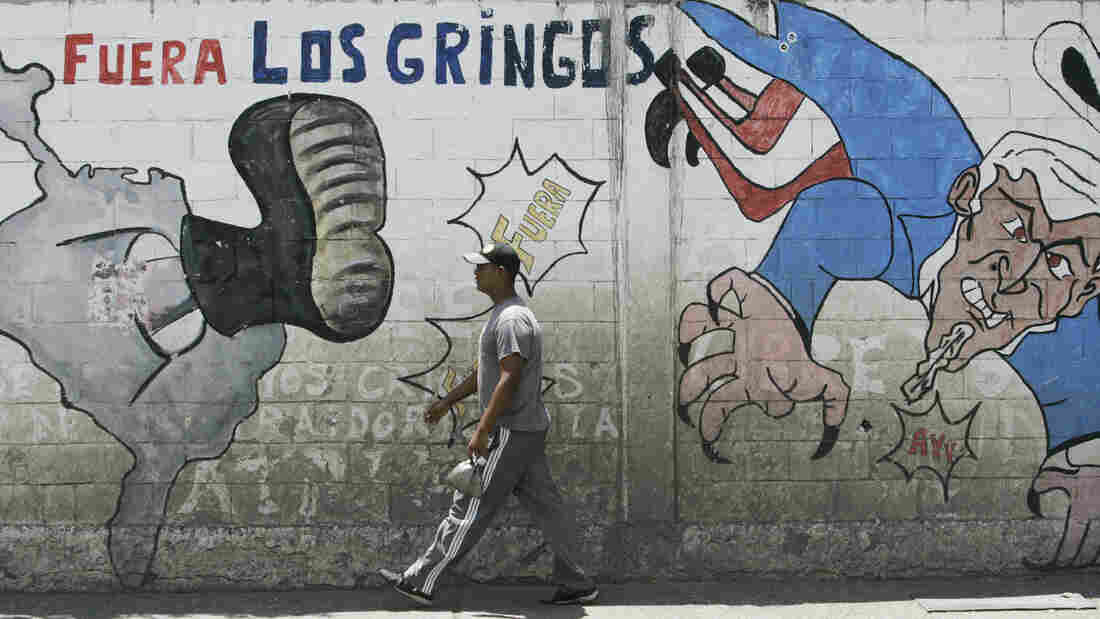 A man walks past anti-U.S. graffiti that reads "Gringos out" in Spanish. Howard Yanes/AP hide caption 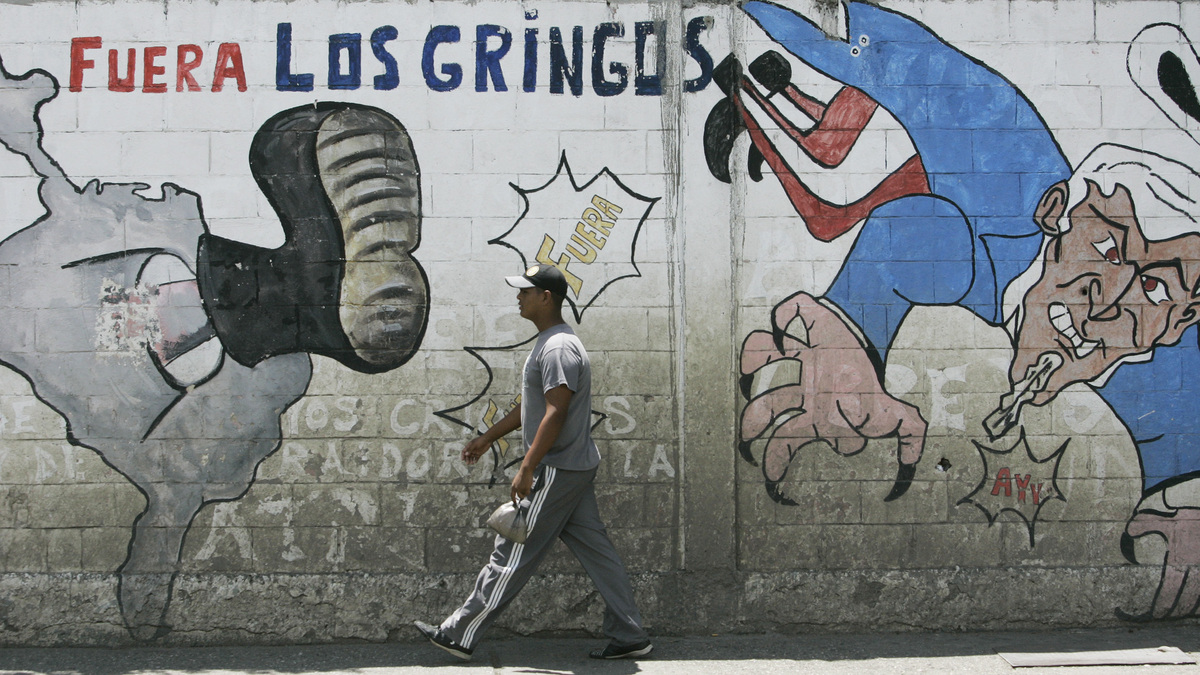 A man walks past anti-U.S. graffiti that reads "Gringos out" in Spanish.

A college classmate asked me, "Where are you from?"

I gave him the long answer: I was born in Guatemala, but my mother is from Nicaragua, and I have lived in the U.S. my whole life.

I may have been born in Guatemala, but I was raised in Florida. Regardless of the fact that I have lived in the U.S. since I was 2 years old, most Americans would find it strange to hear my grandma occasionally call me media gringa -- a half-gringa.

I speak Spanish at home, and my last name is Ramirez. My mother is Nicaraguan, and my father is Guatemalan. But my grandmother knows that even though I was born in Guatemala, I am a foreigner in the place of my birth. I have no concrete ties to Guatemala or its culture. I have lived my entire life in the U.S. I am, as grandma says, media gringa.

Most people think "gringo" is only a derogatory epithet for white Americans, and they incorrectly assume that any use of the word is inherently offensive. That is not the case.

Gringo can be used to broadly and inoffensively refer to a group of U.S. citizens. I've also heard it used as a term for Europeans. I've heard the term used as a name for people who don't speak Spanish. It can also be used to refer to Hispanics who speak very little or no Spanish at all. Gringo is also sometimes used as a name for Hispanics who are not in touch with their Latino roots, or for any person who is ignorant of Latin American culture or history.

My mother and I call my brother a gringo because he doesn't eat gallo pinto, the traditional Nicaraguan dish of rice and beans. When he complains about a meal we say, "Ese se cree gringo" ("he thinks he's a gringo").

Beatriz Varela wrote the chapter "Ethnic nicknames of Spanish origin in American English" in the book Spanish Loanwords in the English Language: A Tendency Towards Hegemony Reversal. Varela explains many of the myths surrounding the word, detailing the flaws in the theory that it comes from the words "green" and "go," with "green" being phonetically spelled as "grin" in Spanish. She also mentions the folklore that Mexicans coined the word in the 1800s. This particular story claims that the word was a reference to "Green Grow the Lilacs," a song the U.S. military sang while marching.

My sixth-grade Spanish teacher claimed that the word was coined by Central and South Americans during the U.S. military occupation of various Latin American countries. According to him, the word refers to the color of the U.S. dollar.

In all three of these stories, the message is the same: Mexicans and Latin Americans came up with word because they wanted the U.S. military to leave: "Green, go home!"

But the 1786 Castilian Dictionary by Esteban Terreros y Pando traces the use of the word back to 1700s Spain. Spaniards used it as a name for people who could not speak Spanish, he said, or who spoke Spanish with a heavy accent.

Joan Corominas, an etymologist of Spanish and Catalan, gives us another theory behind the origins of the word. Corominas believes it may have evolved from the Spanish word for Greek: griego. "Está hablando griego," ("he is speaking Greek"), as in the figurative expression, "It's all Greek to me." Meanwhile, William Sayers of Cornell University traces gringo to the Andalusian word for pilgrim, peregrino, and the Romani word for foreigner.

Regardless of the actual origin of gringo, there is a common thread behind all the origin myths and theories. Namely, that it has historically been used to refer to a foreigner. Whether it is a traveler, a person whose language is unintelligible, or a person of foreign birth like me, gringo denotes the idea of otherness.

Which individuals and groups get labeled gringo will evolve as the demographics of the U.S. continue to change. Maybe one day more people will use gringo in the way my grandma uses it — as a name for Latinos in the U.S. Maybe the next time somebody asks me, "Where are you from?" I will be able to answer, "I am a gringa," and everybody will understand.