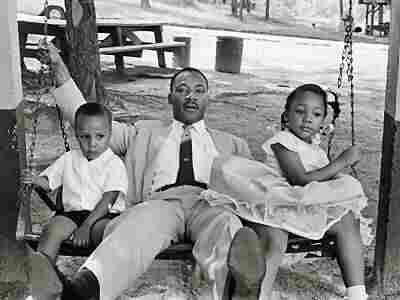 Martin Luther King Jr sits on a swing with his eldest daughter, Yolanda, and eldest son, Martin, at an amusement park he helped desegregate. Courtesy of the King family hide caption

In this three-part series, Karen Grigsby Bates talks with children of Medgar Evers, Viola Liuzzo and Dr. Martin Luther King Jr. to see how they've coped with the burden and privilege of their legacies.

Most Americans think of Dr. Martin Luther King Jr. as a brilliant young minister who was one of the architects of the civil rights movement, and who was martyred for it in 1968. But to the revered leader's eldest son, Martin Luther King III, the famous man was just "Daddy." And like millions of other daddies across the country, he got pestered by his kids when they wanted something.

Martin Luther King III chuckles, remembering how he and his older sister Yolanda used to clamor to go to Funtown. They frequently drove by the segregated amusement park with their mother, Coretta Scott King, as they dropped off their father at the airport for one of his many out-of-town speaking engagements or rallies. 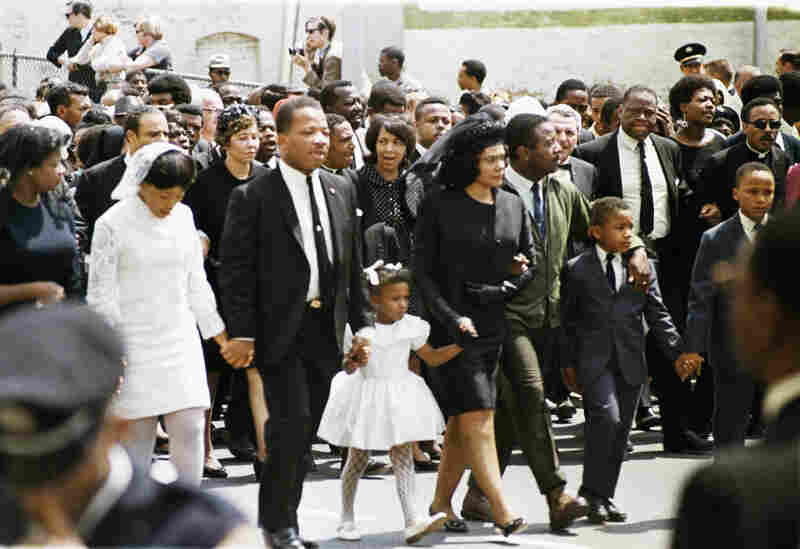 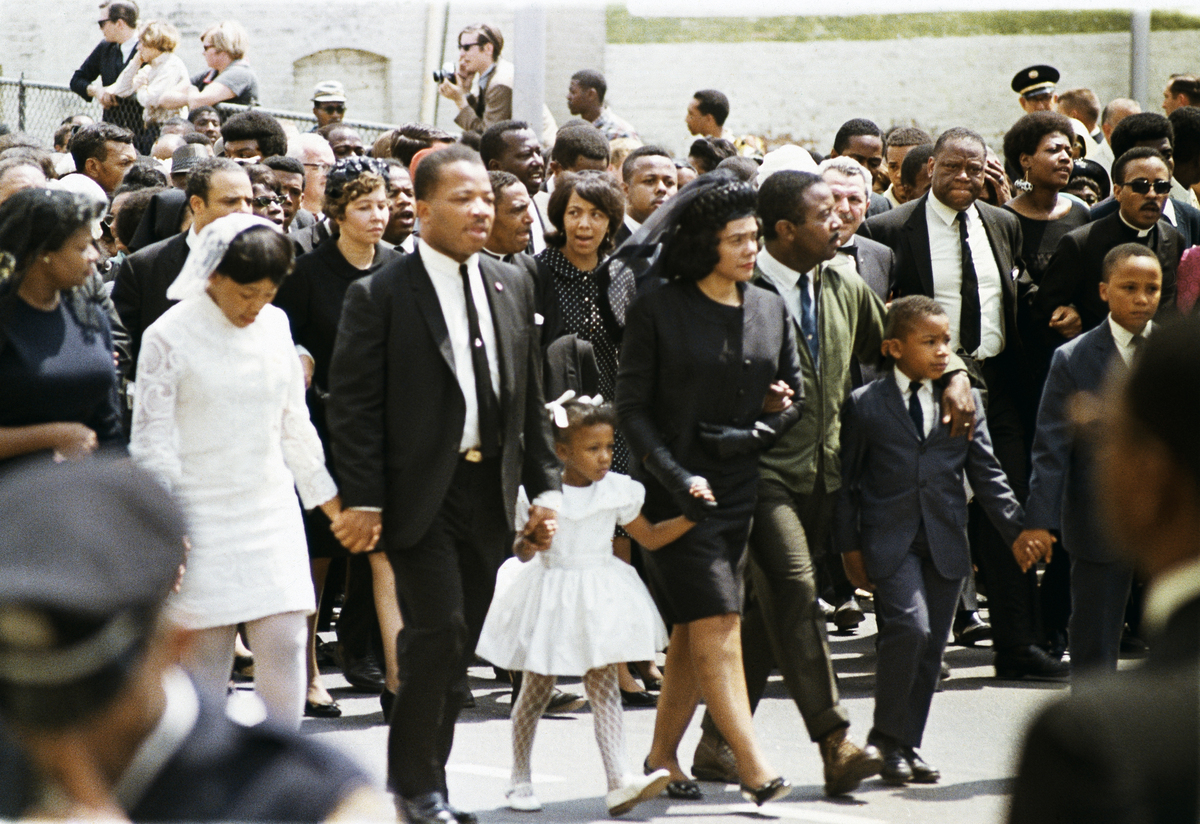 Martin Luther King III recalls, "Many of those times, we were told, 'You're not able to go now, but Daddy's working on it, and one day we will be able to go.' "

He "rode on all the rides, and just enjoyed himself thoroughly," Martin Luther King III says. And they dressed, of course, in the accepted armor of respectability worn by protesters and integrators alike: their Sunday best. 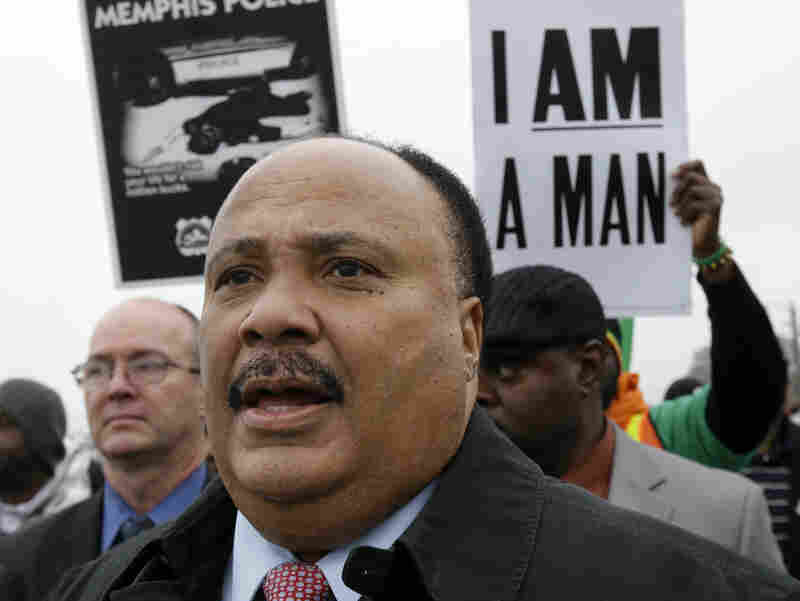 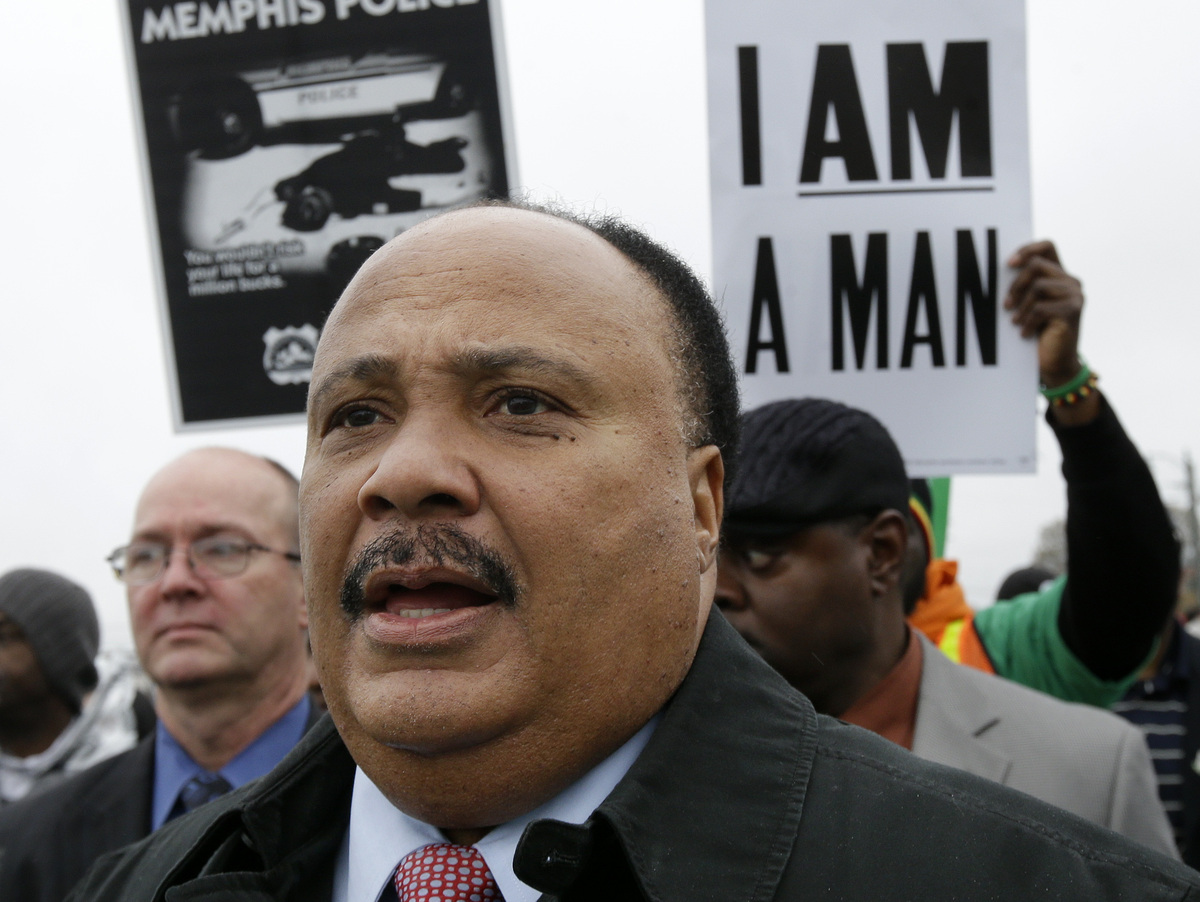 Martin Luther King III takes part in a march on the 45th anniversary of his father's assassination in Memphis, Tenn.

Martin Luther King III also retells stories of accompanying his father on marches from time to time. On one, they were confronted by a police officer "with a huge dog that growled at me. I was terrified." That is, he was scared until his dad took his hand and told him they would be fine.

"I felt safe. My dad was not a tall man, but he always made me feel like he was a giant. I was never afraid when I was with him," Martin Luther King III writes.

Long after his father's death, Martin Luther King III has had to deal with others' expectations that he would take up the cause. King is deeply grateful that decades ago, his mother relieved him of some of that pressure.

"You don't have to be your father," Coretta Scott King told him. "Just be your best self, whatever that is. We are going to support you."

But Martin Luther King III did partly follow in his famous father's footsteps. He graduated from Morehouse College, his father's alma mater, and he participates in a fair amount of social and civic activism. (Two recent examples: he's been arrested in front of the Sudanese embassy for protesting the genocide in Darfur, and has demonstrated in favor of immigration reform.) He's a co-founder of Bounce TV, a broadcast channel aimed at African-American viewers.

And in a few weeks, he will be in Washington, D.C., at the 50th anniversary of the march. And there will, inevitably, be a recap of his father's globally-known — and now copyrighted — "I Have a Dream" speech.

As one of "my four little children" that Martin Luther King Jr. hoped would be judged not by his skin but by the content of his character, Martin Luther King III will be at the anniversary of the March on Washington as a witness for his own child. And to remind people of the different America his father helped create.