Accessibility links
The Shift In Black Views Of The War On Drugs : Code Switch Attorney General Eric Holder called this week for sweeping changes to America's drug laws. He's part of a growing movement of black leaders pushing for major changes to the nation's 40-year war on drugs. But for decades, many African-American leaders supported tough sentencing rules. 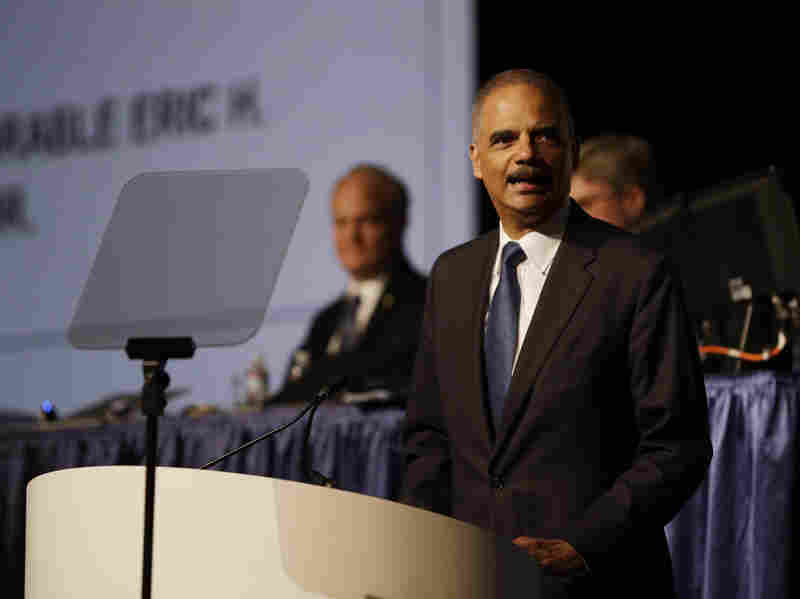 U.S. Attorney General Eric Holder is calling for major changes to the nation's criminal justice system that would cut back the use of harsh sentences for certain drug-related crimes. Eric Risberg/AP hide caption 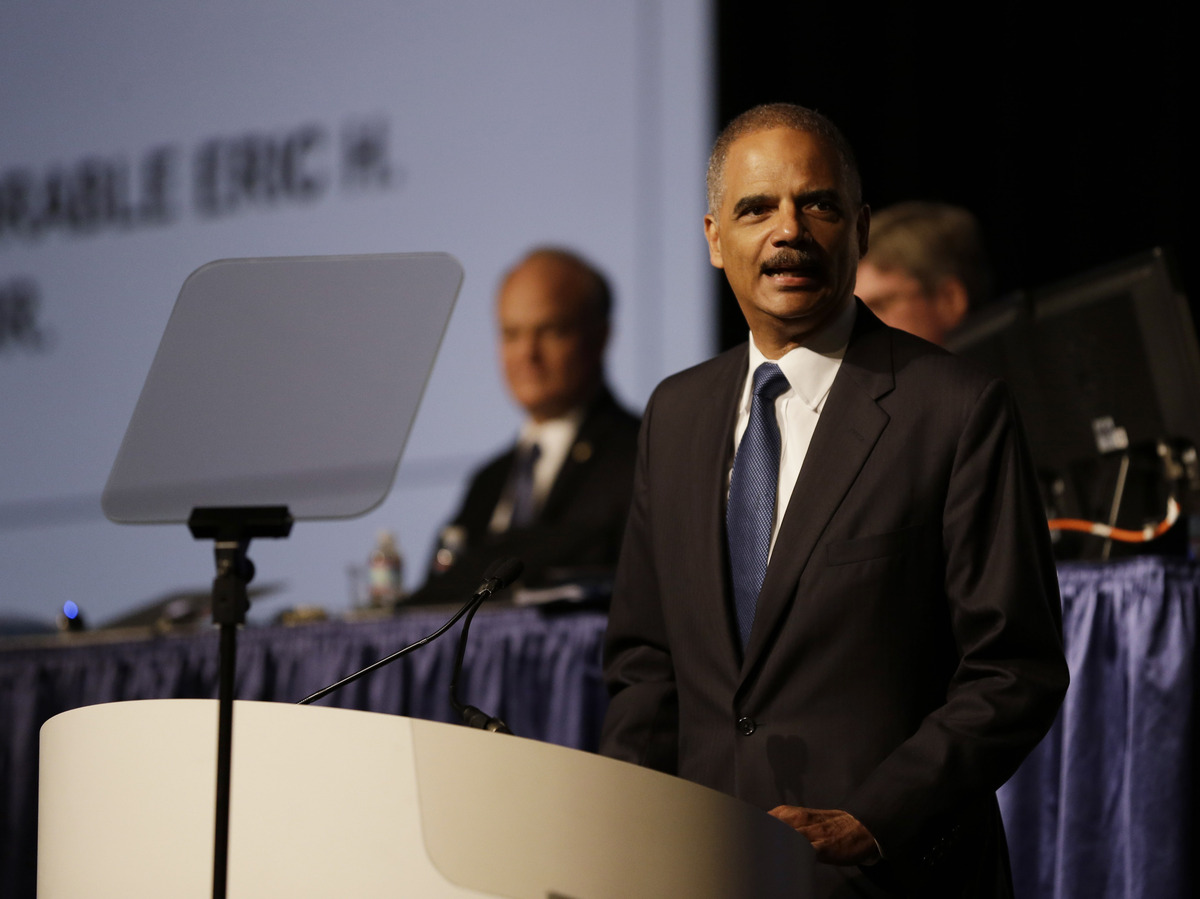 U.S. Attorney General Eric Holder is calling for major changes to the nation's criminal justice system that would cut back the use of harsh sentences for certain drug-related crimes.

This week, Attorney General Eric Holder called for sweeping changes to America's 40-year war on drugs. Holder is the first African-American in the nation's top law enforcement post. He's also part of a growing movement of black leaders who have pushed for major reforms to the drug war.

Four years ago, New York's then-Gov. David Paterson stood in a drug treatment center in Queens and made history. "And finally today, on this sunny day, with the stroke of a pen, we will end the regime of the Rockefeller drug laws."

And now Holder argues that Rockefeller-style laws should be eased at the federal level as well.

"The war on drugs is now 30, 40 years old. There have been a lot of unintended consequences. There's been a decimation of certain communities, in particular communities of color," says Holder.

This idea — that strict drug laws have done more harm than good in black America — is common these days. But early on, many African-American leaders championed those same tough-on-crime policies.

The Rev. George McMurray was lead pastor at the Mother A.M.E. Zion Church in Harlem in the 1970s, when the city faced a major heroin epidemic. He called for drug dealers to spend the rest of their lives behind bars.

"When you send a few men to prison for life, someone's going to pass the word down, 'It's not too good over here.' ... Instead of [robbing] and selling dope, 'I want to go to school and live a good life.' "

Black support for the drug war didn't just grow in New York alone. At the federal level, members of the newly formed Congressional Black Caucus met with President Richard Nixon, urging him to ramp up the drug war as quickly as possible.

Michael Javen Fortner, a political scientist and historian at Rutgers University, says that "the silent black majority of Harlem and New York City felt constantly accosted by drug addicts, by pushers, by crime."

But the idea that black leaders played a pivotal role in the drug war is controversial. Some black academics, including Michelle Alexander — author of the best-selling book The New Jim Crow — disagree about the role of black America in promoting and sustaining the drug war.

Alexander declined to be interviewed for this story, but in previous public comments she has portrayed the drug war as the creation of white politicians, deliberately targeting black Americans.

"The drug war was motivated by racial politics, not drug crime. The drug war was launched as a way of trying to appeal to poor and working-class white voters, as a way to say, 'We're going to get tough on them, put them back in their place.' And 'them' was not-so-subtly defined as African-Americans." 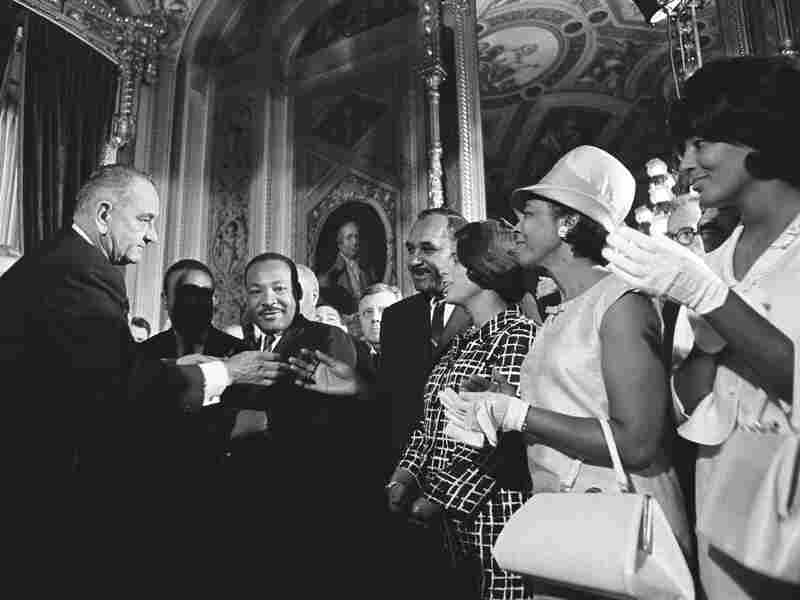 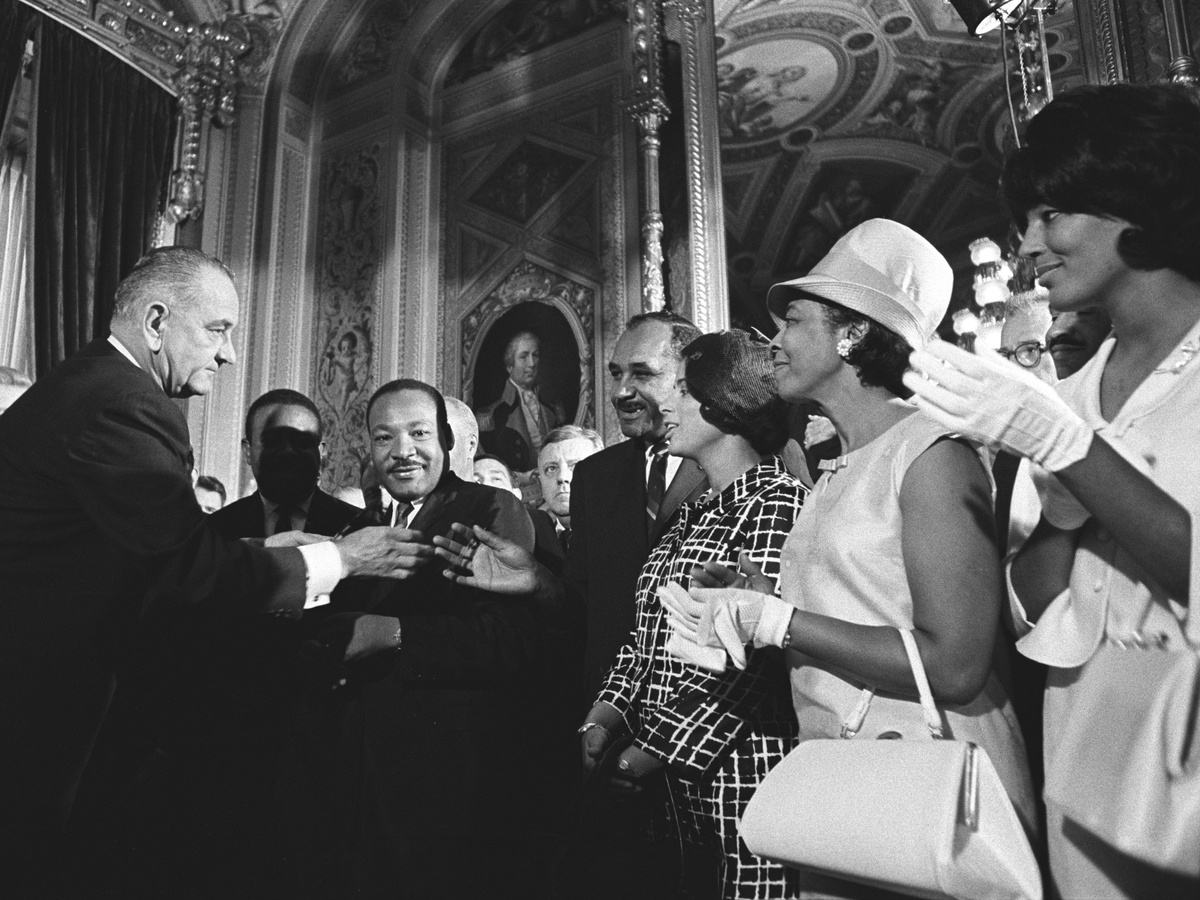 Martin Luther King Jr. attends Lyndon B. Johnson's signing of the Voting Rights Act on Aug. 6, 1965. During this time, the drug war was expanding.

But Fortner is not the only historian who has documented the push by black leaders for strict sentencing laws. Still, he admits his account is deeply controversial.

"If you think that everything can be explained by white backlash, if you think the white racial order is somehow omnipresent and all-powerful, and is always trying to... re-establish its power and legitimacy, then you hate what I do," says Fortner.

Voting records show that many black lawmakers supported some of the most punitive drug-war-era laws in America. But even some people who have long opposed harsh sentencing laws understand where supporters were coming from. The Rev. Herbert Daughtry, a longtime pastor in New York, once was addicted to heroin and served time. He's convinced that black leaders who embraced the drug war did serious harm to the community, but says a lot of African-Americans were desperate for ways to make their neighborhoods safe again. "If you're the victim, then you don't want to hear anything about treatment, just, 'Get this guy off the street.' "

But eventually, even some of the staunchest supporters of mandatory minimums saw that these policies had badly backfired, in part because they lumped addicts and small-time dealers with drug kingpins and violent gang leaders. And they also consigned countless African-American men to prisons across the country.

This story was produced in partnership with the Prison Time Media Project.