Accessibility links
Yuri Kochiyama's Bond With Malcolm X: Not Just A 'Black Thing' : Code Switch Yuri Kochiyama and her family were rounded up by the American government and forced to live behind barbed wire during World War II. Her brief friendship with Malcolm X inspired her activism. 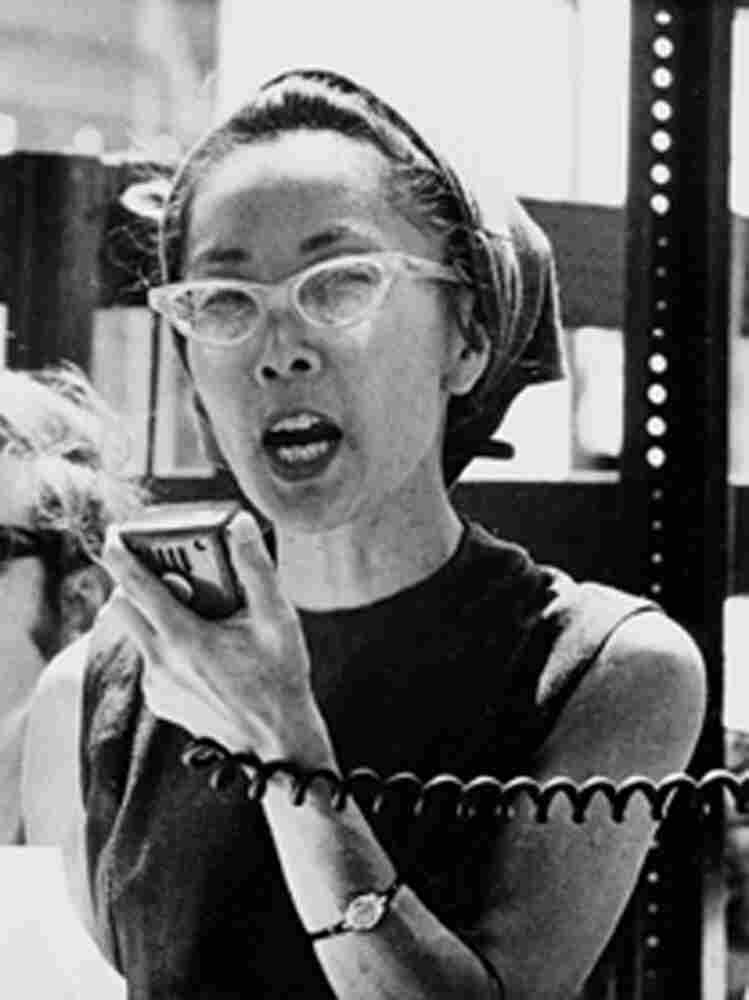 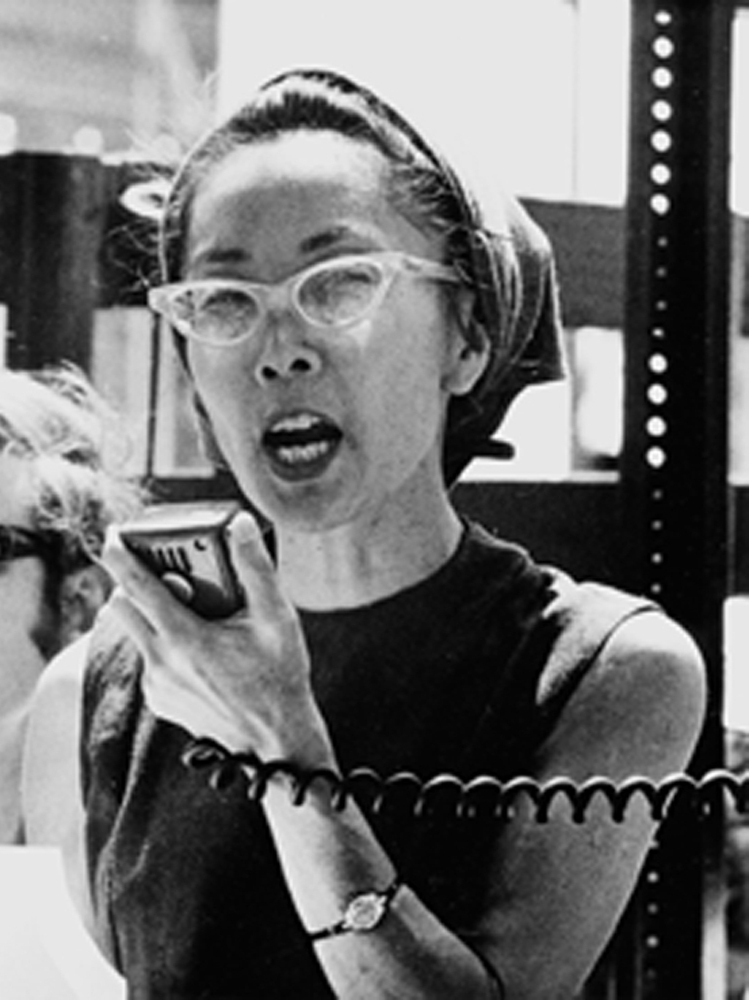 The brief friendship of Malcolm X and Yuri Kochiyama began close to 50 years ago with a handshake.

Diane Fujino, chairwoman of the Asian-American studies department at the University of California, Santa Barbara, details the moment in her biography Heartbeat of Struggle: The Revolutionary Life of Yuri Kochiyama.

Kochiyama and her eldest son, 16-year-old Billy, were arrested along with hundreds of other people, mainly African-Americans, during a protest in Brooklyn, N.Y., in October 1963.

"[They were] in this packed courthouse," Fujino says. "[There were] a lot of activists who [were] waiting their hearing on the civil disobedience charges."

In walks Malcolm X, who was quickly mobbed by adoring activists.

Kochiyama described the scene in a Democracy Now! interview in 2008. "I felt so bad that I wasn't black, that this should be just a black thing," she recalled. "But the more I see them all so happily shaking his hands and Malcolm so happy, I said, 'Gosh, darn it! I'm going to try to meet him somehow.' "

Eventually, Kochiyama called out to Malcolm X, "Can I shake your hand?"

"What for?" he demanded.

"To congratulate you for giving direction to your people," she finally mustered.

Malcolm X smiled and extended his hand. Kochiyama remembered how she could hardly believe she was meeting the most prominent black nationalist leader of the time.

'A Nail That Sticks Out'

"Malcolm X's movement was probably the last thing you would imagine a Japanese-American person, especially a woman, to be involved with," he says.

Toyama's father and Kochiyama are cousins and nisei, children of Japanese immigrants. They were part of a generation that was rounded up by the American government and forced to live behind barbed wire during World War II.

"There's a Japanese saying that a nail that sticks out gets hammered down," Toyama explains. "I think most Japanese Americans, especially nisei, did not want to stick out, especially after the war."

Kochiyama couldn't help but stick out. She lived in New York City housing projects among black and Puerto Rican neighbors. Kochiyama began participating in sit-ins and inviting Freedom Riders to speak at weekly open houses in the family's apartment.

From Activist To Radical 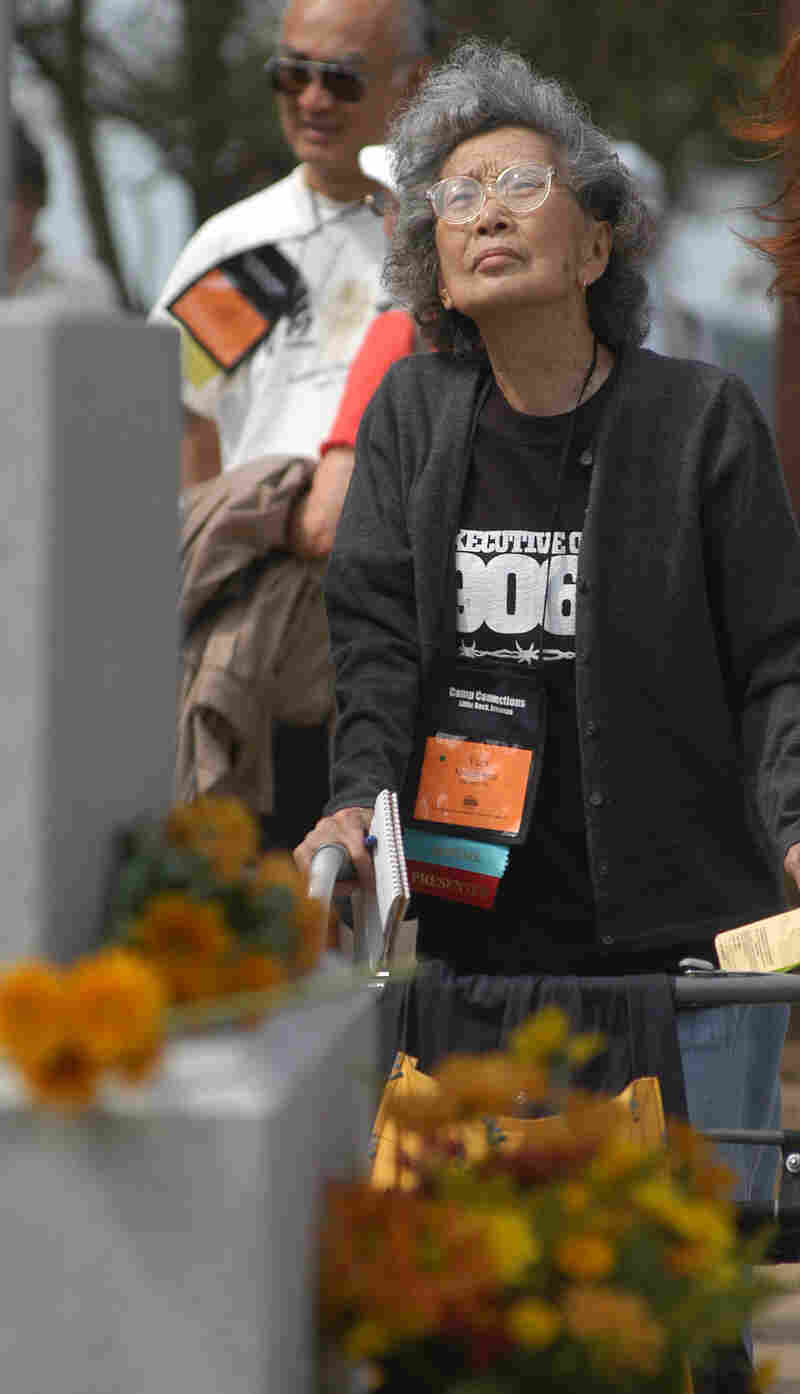 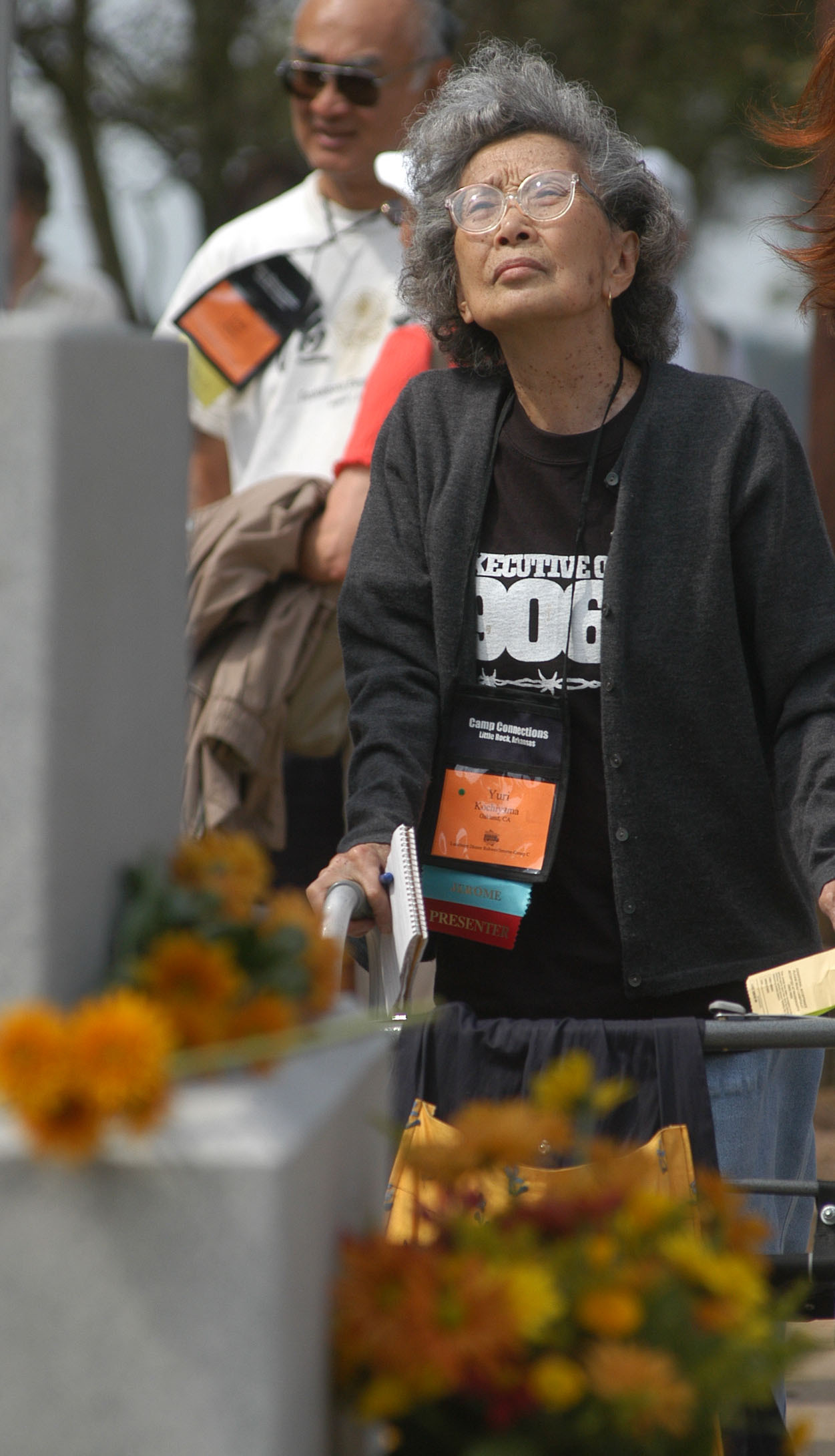 Kochiyama looks at a memorial for World War II Japanese-American internees at the Rohwer Relocation Center in Rohwer, Ark., in 2004.

Audee Kochiyama-Holman, Yuri's eldest daughter, remembers feeling shy around the constant flow of visitors in their home, where her mother taped newspaper clippings to the walls and dinner plates often shared space on the kitchen table with piles of leaflets.

"Our house felt like it was the movement 24/7," Kochiyama-Holman recalls.

In the summer of 1963, a Kochiyama family vacation included a visit to Birmingham, Ala., to see charred houses and storefronts left behind by racial protests. The Kochiyamas also visited the 16th Street Baptist Church weeks before a bombing there killed four black girls.

"It was one of the first news stories in the civil rights movement that our mother sat us down to talk about," Kochiyama-Holman says.

The growing momentum of the civil rights movement and meeting Malcolm X in 1963 radicalized Kochiyama, who became more interested in black nationalism. FBI files later described her as a "ring leader" of black nationalists and a "Red Chinese agent."

Kochiyama and Malcolm X stayed in touch through postcards and even a visit to the Kochiyamas' apartment. Their last meeting was on Feb. 21, 1965 — just 16 months after their first handshake — in New York City's Audubon Ballroom.

That Sunday afternoon, gunmen killed Malcolm X moments after he approached the podium to address a weekly meeting of the Organization of Afro-American Unity, which Malcolm X founded after he was expelled from the Nation of Islam.

Most of the audience in the ballroom fell to the ground after the gunfire, crawling away for safety. But Kochiyama headed toward the injured Malcolm X, who was lying on the floor.

The moment was captured in a photo in Life magazine in 1965. She's the unidentified Asian woman peering worriedly through horn-rimmed glasses at a soon-to-be lifeless Malcolm X. His blood-soaked shirt is open, exposing his bullet-riddled body.

Illness and age have slowed down Kochiyama, now 92, drastically over the past couple of years, her eldest daughter says.

But for decades after her brief friendship with Malcolm X, Kochiyama remained committed to causes in the black, Latino and Asian-American communities.

In 1988, she and other Japanese-American internees, including her late husband Bill, celebrated the signing of the Civil Liberties Act. It was a formal government apology that provided reparations to World War II internees — and a milestone Kochiyama helped to achieve 25 years ago this month.

EDITOR'S NOTE: Yuri Kochiyama died of natural causes on June 1, 2014. You can read more about her exceptional life here.