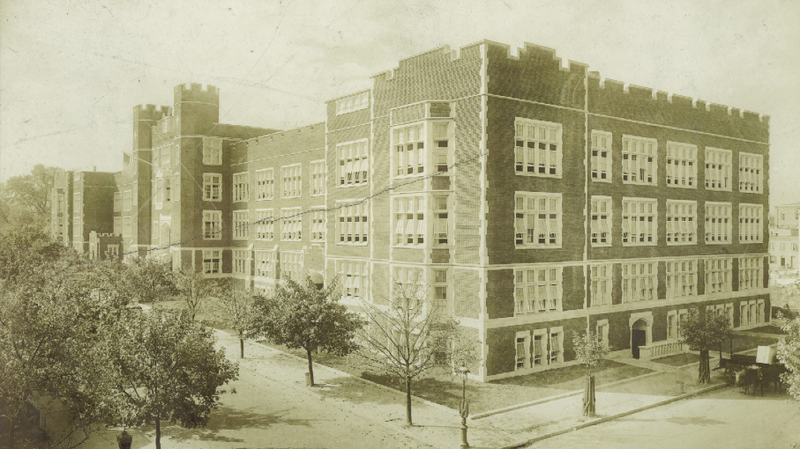 Dunbar High School has a notable list of graduates, including the first black presidential Cabinet member, the first black general in the Army and several of the lawyers who argued the Brown v. Board of Education decision. Courtesy of Chicago Review Press hide caption 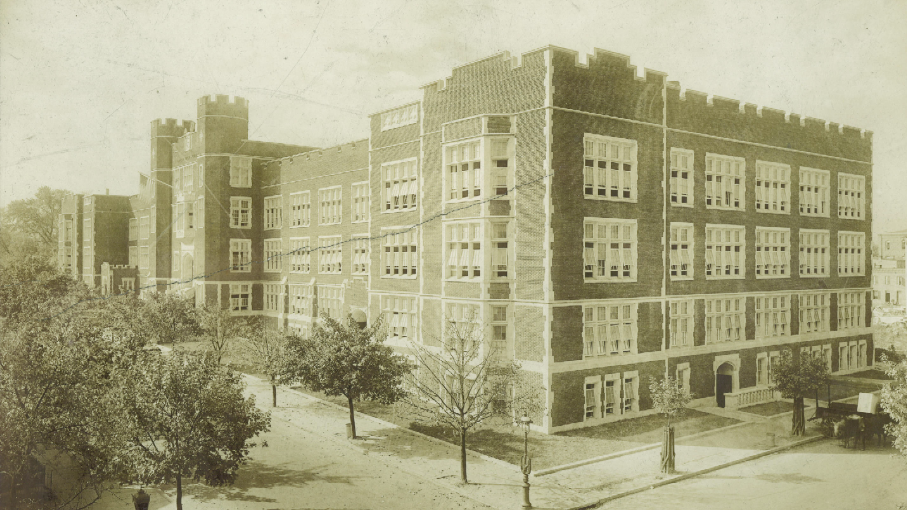 Dunbar High School has a notable list of graduates, including the first black presidential Cabinet member, the first black general in the Army and several of the lawyers who argued the Brown v. Board of Education decision.

The nation's first black public high school, Paul Laurence Dunbar High, opened its doors in Washington, D.C., in 1870. But more than 140 years later, Dunbar — like many urban schools — has fallen on hard times. The crumbling, brutalist-style building is often described as a prison, and graduation rates hover around 60 percent.

But it wasn't always that way. Once upon a time, the yearbook read like a Who's Who of black America.

"It's really amazing because we're talking about people who literally changed America, who changed the United States," journalist Alison Stewart tells host Audie Cornish on All Things Considered. "The architect of school desegregation, Charles Hamilton Houston, was a Dunbar graduate. Elizabeth Catlett, the artist. Billy Taylor, the jazz musician. The first black general in the Army. The first black graduate of the Naval Academy. The first black presidential Cabinet member. The lists go on and on."

Stewart, whose parents attended Dunbar, traces the history of the school in her new book First Class: The Legacy of Dunbar, America's First Black Public High School. She tells Cornish she believes that Dunbar can serve as a model for urban schools today.

Cornish: You take us back into the 1860s ... and in those days in Washington, D.C., what makes this place a fertile ground, actually, for the education of blacks? 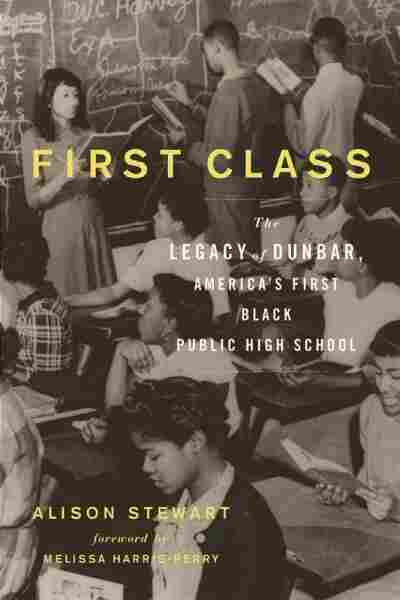 by Alison Stewart and Melissa Harris-perry

"It's so interesting to think that — not interesting — it's so stunning to think that in the South, before the Civil War, you could have a finger cut off if you were caught trying to learn to read if you were a slave. But Washington, D.C., while there weren't any schools for blacks, they weren't going to stand in the way of blacks getting an education.

"So as early as 1807, these small schools started popping up in churches and homes. A lot of Quakers came down from the North to Washington. They understood that this was a place where there was an opportunity to lay the groundwork for what turned into a pretty spectacular education system for black Americans."

And it helps that there's this large population of free blacks already living there.

"Exactly. And they were fighting so hard to continue the progress of education. For a long time, there were grammar schools only and elementary schools, and a few free blacks got together and they saw their moment. Because after the Civil War, the U.S. government said, 'OK, we've got all these free black children, we have to give them schools.' So a group of free blacks got together and said, 'We're going go make a high school. We see this moment in time. We're just going to do it.' And it started in 1870 with four students in the basement of a church."

Now talk a little bit about what the goals are for this school in particular. From its very beginning, academic standards are just so incredibly high.

"What ended up happening is the first African-Americans to go to competitive colleges — Oberlin, Amherst, Brown, Harvard — they would graduate from school and have nowhere to go. Many of them came back to teach at this high school. My mom and dad went to this high school in the 1940s; they had a very different experience. My mother was born and raised in Washington, D.C. My dad was born and raised in Harlem, and my grandmother picked him up at 14 and took him to D.C. just to go to Dunbar, which many people did. People moved to D.C. just to send their kids to this high school.

"And my mom used to talk about having teachers who were Ph.Ds. You had the first three black women to get Ph.Ds; two of them went to Dunbar, and two of them taught at Dunbar.

"So what ended up happening was that these next two and three generations were these hypereducated African-Americans."

So the school was basically in a way benefiting ... from the glass ceiling of segregation. That these high-achieving African-Americans, they don't have anywhere to go once they get out of these schools and broken these barriers. And they come back into the community.

"It's a perversity of it, right? And it's funny because I stayed up at night, worried that someone would think I was actually writing a book that talked about 'segregation is a good thing' because it of course isn't, it of course was horrible. And that was the other part that I found so fascinating about this story. You had all these people who were so educated, speaking two and three languages, going to a school and getting an education on par with white student in Washington, D.C., but had these other restrictions on their lives." 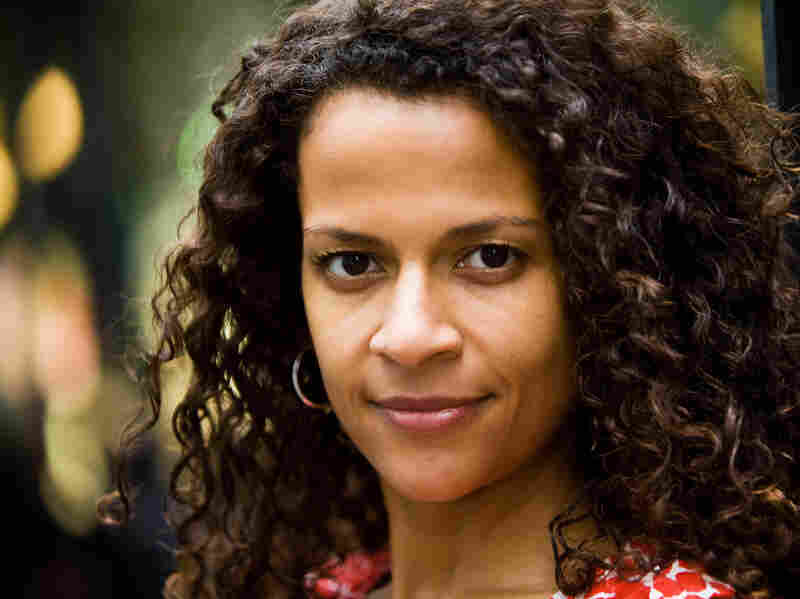 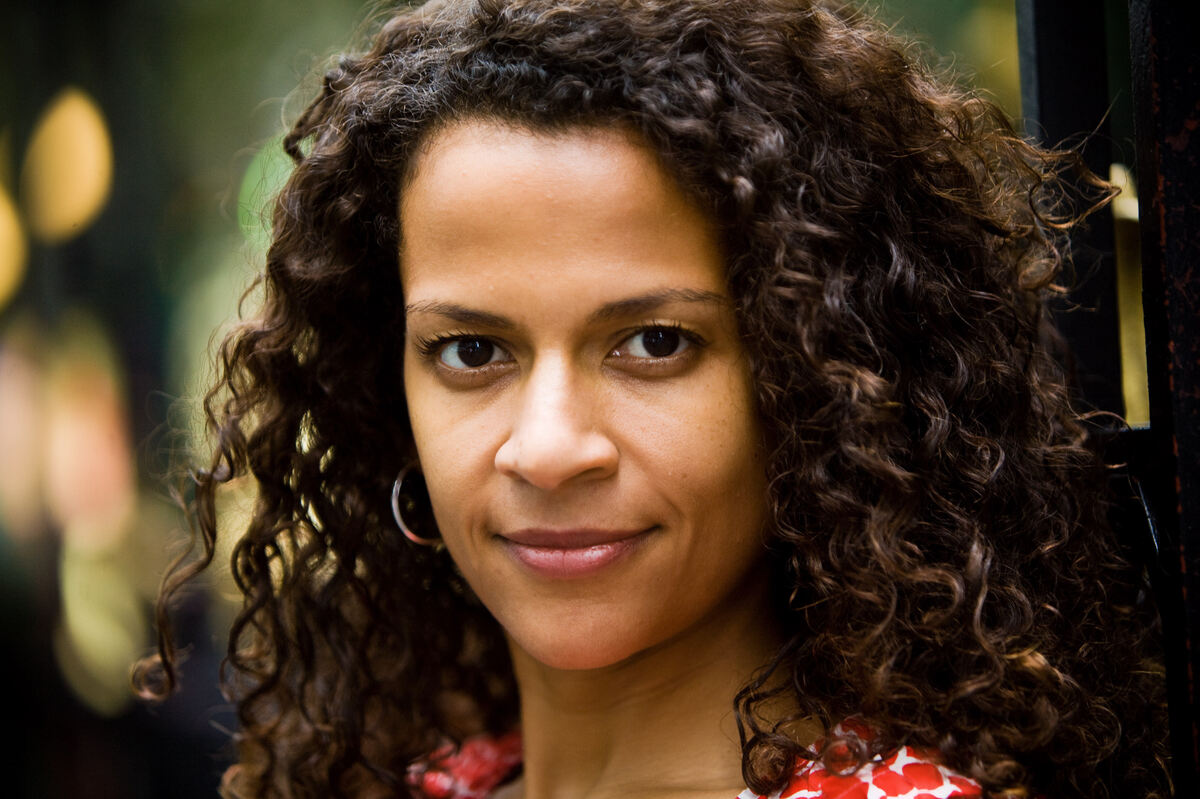 Alison Stewart has hosted shows for PBS, MSNBC and ABC as well as NPR's Ted Radio Hour and The Bryant Park Project. First Class is her first book.

When you talk about being fearful that people would think that in a way you're finding some kind of silver lining to segregation, it's fascinating because in some ways, the book outlines what happens to Dunbar with integration and some of the difficulties it suffers in the years immediately after.

There's a lot of discussion about sort of intraracial debate within the book. And Dunbar at one point has this reputation for being a place for light-skinned elites, that there are class distinctions when it comes to the community in and around Dunbar and they're reflected in its troubles later on.

"I think the interesting thing was in Washington the grammar schools suffered quite a bit in the '30s, '40s and '50s. They were overcrowded, and the purse strings were held by many racist Southern congressmen. And sometimes, often, kids would go to school for only two to three hours. So post-1954, if you read the Board of Education minutes from that summer, they just are scrambling, and they just start cutting up the city and start making this group here goes to this school and this group here goes to this school. And Dunbar went from being what we all call a magnet school, where kids came from all over the city to go to this school, specifically because they knew they were college-bound, that it became a neighborhood high school. And that meant all elements of the neighborhood: Those kids who had been able to go to elementary school all-day long, and the kids who had only able to go for two hours a day."

When you're going back to the '60s and early '70s, what are some of the aspects of Dunbar's evolution that you see are reflected in urban public education in general?

"The thing that happened in the '70s with Dunbar, which I think we can really learn from, [is that] they tore down the old school. And I think one of the things that we can learn is not to be so hasty to get rid of the old. When all this discussion about education reform was happening in D.C., I thought to myself, 'You know there's a blueprint blocks away from y'all where you could all learn so much from this high school that it was never supposed to be as successful as it was.' It turned out to be this academic powerhouse."

There's going to be yet another new facility for Dunbar that's opening in just a few weeks. What's the feeling in the school there today, and what do you think its chances are for turning things around?

"The new Dunbar is costing $122 million, and it's been a very holistic approach. They have included all kinds of stakeholders. ... It is embracing the history almost literally. ... There are going to be 200 plus plaques on the floor dedicated to some of the great graduates of the school, and they plan to leave a good number of them empty with the idea of, 'Hey, you go to Dunbar High School? That plaque could be you. You could be the next great leader, lawyer, doctor, scientist, teacher. That plaque could belong to you, the one right next Sen. Ed Brooke, or Eleanor Holmes Norton, or Charles Hamilton Houston.'"