Accessibility links
Twitter Sparks A Serious Discussion About Race And Feminism : Code Switch A sprawling conversation on Twitter drew attention to one of feminism's oldest tensions. So what happens next? 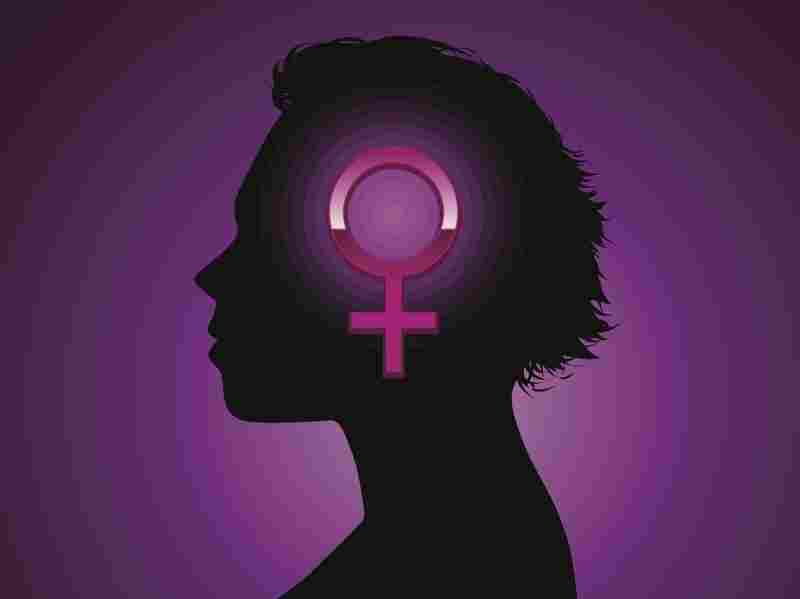 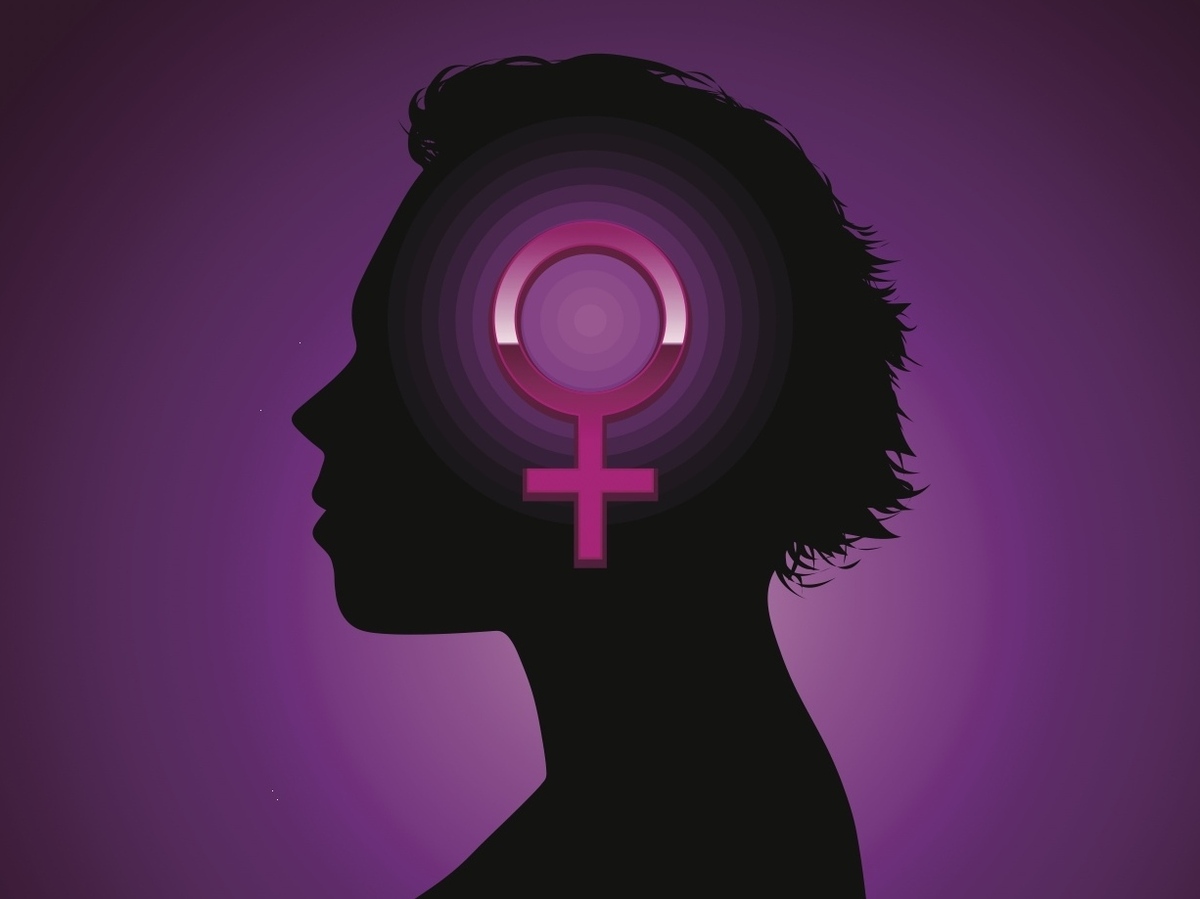 The hashtag #solidarityisforwhitewomen became an unlikely trending topic on Twitter.

Twitter isn't always the best place for big, thorny philosophical conversations. But it's a great forum for catharsis and taking the temperature of a popular sentiment. Sometimes, rarely, it's actually both.

If you were on Twitter last week, you may have seen a lot of rallying around the satirical but serious hashtag #solidarityisforwhitewomen (which itself spawned another trending hashtag #blackpowerisforblackmen). It was an unlikely trending topic, but it served as a high-profile digital example of one of feminism's most enduring internecine tensions — how or whether to make space in the world of feminism for people who aren't white (or upper middle class or straight or able-bodied).

The hashtag was started by the blogger Mikki Kendall, but the proximate cause of the hullabaloo was the digital self-immolation of Hugo Schwyzer, a self-identified "male feminist" and one of the most polarizing figures in the feminist blogosphere.1 (BuzzFeed has a rundown of Schwyzer's Twitter meltdown here.) Several women of color have long complained that Schwyzer publicly went after them for criticizing him and his writing — something Schwyzer copped to during his Twitter rant — and yet despite this, he had long remained a contributor in good standing at influential feminist-inclined sites like the hugely popular Jezebel. (Notably, most of those sites being criticized for publishing Schwyzer are run and largely frequented by white women.) A lot of people tweeting #solidarityisforwhitewomen felt that those sites and their proprietors had granted Schwyzer the platform to snipe at and undermine women of color while bestowing upon him undeserved feminist street cred. And now that Schwyzer was basically admitting that all of those complaints about him were true, they wondered why those same digital feminists who'd helped Schwyzer's ascendancy weren't denouncing him or locking arms with feminists of color. In their eyes, it was emblematic of the same myopic application of feminism.

"Admittedly, this isn't a new problem: white feminism has argued that gender should trump race since its inception," Kendall wrote at The Guardian. "That rhetoric not only erases the experiences of women of color, but also alienates many from a movement that claims to want equality for all. This is especially clear when posts and articles about racism in feminism from five years ago involve some of the very same players."

We wanted to go longer than Twitter can allow on the issue of race in digital feminist spaces. So we asked several women who actively live, think and write in the feminist blogosphere to expound on #solidarityisforwhitewomen and what, if anything, happens next. We'll be hearing from them over the next several days. First up is the writer Roxane Gay. — Gene Demby

1Calling Schwyzer a polarizing figure might be understating things a bit. Schwyzer, who before this episode taught women's studies at Pasadena City College, has said that he attempted to kill one of his girlfriends and used his position and profile to sleep with his students. During his Twitter meltdown, which he said was fueled by his bipolar disorder, he confessed that he didn't have the academic credentials to teach feminist theory and had basically faked the whole act of being a feminist for attention.

Looking For A Better Feminism
By Roxane Gay (@rgay)

We are on a perpetual quest for the elusive real feminist, the most authentic feminist, the feminist who best captures what feminism is and should be. There are many opinions about what real feminists look like, what they say, and how they act. It's a convenient fantasy.

If real feminists existed, we could create a handy checklist advising us how to be the best possible feminists. Then, perhaps, world peace would be possible. At the very least, we might avoid the inevitable friction that arises when we mistake feminism for what people do in the name of feminism, kind of like religion.

Feminism is not a possession. It is not a credential. It is not the mantle on which to build one's brand. There are liberal and conservative feminists. There are religious or spiritual and atheistic or agnostic feminists. Feminists inhabit the gender spectrum and are represented by all races and ethnicities. Breaking news! Feminists are individuals who ideally share the belief that the rights of women are as inalienable as the rights of men.

The #solidarityisforwhite women hashtag reveals fractures in American feminism. Those fractures run so damn deep it's hard to believe they can be healed. In truth, I have struggled with the conversation while recognizing its importance and necessity. Both women of color and white feminists have been discussed in sweeping generalizations as if all white feminists are racist and all feminists of color are ready to turn their backs on feminism. There are many feminists of color* active in digital feminist communities and I don't want their voices to be erased. I'm not sure there's a clear sense of what we mean when we call for solidarity. I don't know how solidarity is possible when some people refuse to listen and others act like everything is just fine and others are so busy performing their understanding they neglect to offer anything of substance to the conversation.

We have to shift from catharsis and reckoning to change. It's time to build on the important work rising out of the hashtag. We have serious problems to deal with. We have a painful, infuriating history to reconcile — one where the concerns of heterosexual, able middle-class white women have too often been privileged at the expense of everyone else. But I'm not ready to turn my back on feminism. I'm not even close. I am a fairly bad feminist, full of contradictions, but feminism is as much a part of who I am as being Haitian-American, a daughter of immigrants, and everything else that defines me.

Intersectionality is an awkward word representing an important idea. While feminism is the belief that the rights of women are as inalienable as the rights of men, feminism, at its best, is so much more. No one assumes only one identity. We cannot consider the needs of women without also accounting for race, ethnicity, gender, citizenship, class, sexuality, ability and more. Such nuanced awareness, such intersectionality, is the marrow within the bones of feminism. Without it, feminism will fracture even further.

I have a few ideas about how we can do better in bringing more diverse voices into feminism, how we might at least try.

The statement "I can't find diverse contributors" is unacceptable. It is a willful act of dismissal to do nothing to change the status quo.

We're talking about whose voices are heard and whose voices are silenced. We're talking about reach, visibility and influence. The shorthand for that is platforms, and platforms matter because they allow feminists to reach beyond their personal networks and participate in bigger conversations in front of broader audiences. Platforms allow feminists to be seen and heard.

A more diverse range of feminists needs to be able to build platforms. Some of the change needed for this to happen is systemic, but editorial and/or executive diversity is also critical. There is no excuse for the appalling homogeny among decision-makers. When you diversify the gatekeepers, you diversify who is allowed past the gates.

We have a responsibility to share the ladders we climb when reaching for success. Without those ladders, there's nowhere to grow. Building a platform takes years, regardless of who you are. It takes some talent, some luck, and the right people finding your work in the right places at the right time. There is no denying how much easier it is for the more privileged among us to put in those years and catch the lucky breaks. We need to level the playing field. Feminist communities must be more committed to formal mentorship that is intersectional in word and deed, actively supporting programs that make it possible for the voices that have so long been silenced to be heard in the right places at the right times.

Organizations with the financial means must compensate feminists of color they solicit. All too often, feminists of color are invited to share their perspective without compensation as if being given the opportunity to be heard is payment enough. Last I checked, working for free doesn't keep the lights on. It makes no sense that this exploitative practice has occurred even once.

When editing or otherwise curating work, decision-makers can ask more of themselves and the writers they work with. Is a given piece intersectional in ways that serve what the piece is trying to accomplish? If not, how can editors guide writers toward work that is intellectually rigorous and reflective of the multiple contexts that influence our lives?

All feminists should demand more of themselves and their communities. We should educate ourselves on how to move from intersectional theory into practice. We should abandon the relentless affirmation of online culture in favor of substantive discourse. We should recognize that intellectual diversity is as important as other kinds of diversity.

Make small but significant gestures. The smallest ideas can create the greatest change. What if men stopped contributing to publications that have an appalling lack of gender balance? What if white writers stopped contributing to publications that lacked diversity or intersectional awareness? What if feminists declined to publish in magazines or serve on panels only privileging certain voices? Sometimes, change requires an ultimatum. Sometimes, change demands difficult choices.

Science-fiction writer John Scalzi instituted a Convention Harassment Policy in July 2013. He announced on his blog that his policy was a hard requirement for his participation in any convention. His policy asks convention organizers to have a harassment policy in place that is enforced during the convention. He also asks that harassment policies should be publicly visible both online and throughout the convention. If conventions don't adhere to these conditions, he simply won't attend. Since he announced the policy, hundreds, if not more, have co-signed Scalzi's declaration including writers, editors, publishers, convention organizers and fans. Small gesture. Significant gesture.

No one tactic will heal the fractures in feminism. Creating long-lasting and necessary change requires committed and sustained effort on many fronts. Until we put our ideas into practice, that change cannot begin.

Roxane Gay lives and writes in the Midwest. Her novel, An Untamed State (Grove/Atlantic), and essay collection Bad Feminist (Harper) will be released in 2014.