Accessibility links
The Books That Bring The Civil Rights Movement To Life : Code Switch From history to memoir to fiction, these books tell the stories of the men, women and children who played pivotal parts in the struggle for equal rights.

The Books That Bring The Civil Rights Movement To Life

The Books That Bring The Civil Rights Movement To Life 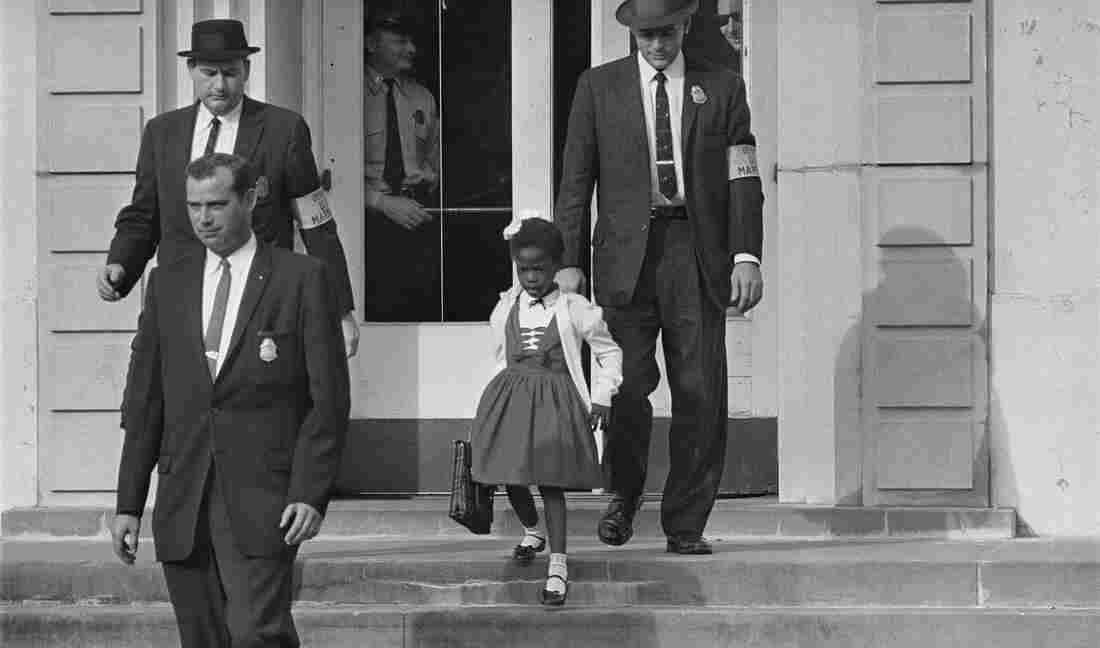 One of the must-read books about the civil rights movement is The Story of Ruby Bridges, about one of the first black children to integrate a New Orleans school in 1960. AP hide caption 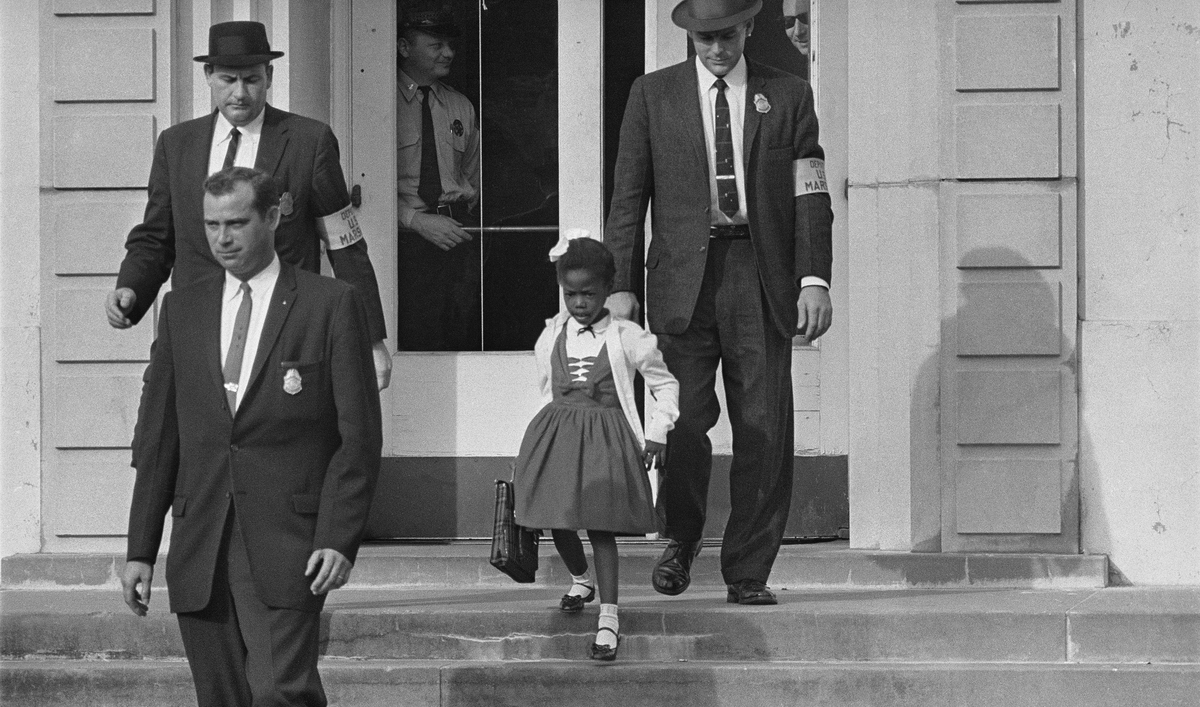 One of the must-read books about the civil rights movement is The Story of Ruby Bridges, about one of the first black children to integrate a New Orleans school in 1960.

If you've been browsing bookstores this summer, you'll probably notice there are, in some places, whole tables devoted to books about the civil rights movement. The 50th anniversary of the March on Washington has focused national attention on movement history and most everything related to it.

Here at NPR, we've been doing our bit with a series called The Summer of '63, which looks at a number of pivotal moments in the evolution of the movement. In addition to broadcast stories and a lot of interesting work on the Web (blogs, commentary, even photographs), there's a wonderful selection of movement-related music.

And then there are the books. This is a partial compilation of my personal list, and I'm re-reading some of them over the summer, for obvious reasons. Here is some of what I've pulled from my library:

Parting the Waters: America in the King Years 1954-1963. Over the years, historian Taylor Branch has given us a splendid three-part biography of Martin Luther King Jr. in the civil rights movement. Parting the Waters is the first of the trilogy and my favorite of the three. It traces King as a young, somewhat uncertain minister through the growing momentum of the movement, and culminates in King's triumphant speech at the March on Washington. (The next two books — Pillar of Fire, which covers 1963-1965, and At Canaan's Edge, 1965-1968 — trace the challenges King faces as the movement morphs from the initial challenges of desegregation to tackle issues of endemic poverty and the war in Vietnam.)

Henry Hampton, the visionary behind the Eyes on the Prize series, wrote Voices of Freedom with Eyes writer Steve Fayer. This tells the movement's story in the words of its participants, from the famous to the obscure.

Lynne Olson was a journalist for years and says she became interested in the women of the civil rights movement "because you didn't often hear much about them beyond, say, Rosa Parks." Freedom's Daughters traces women's involvement in equal rights from the antebellum period through the beginnings of the Black Power movement. Reading it, you start to see why Olson believes "the civil rights movement would not have gotten off the ground without its women. They were the movement's engine."

The Student Nonviolent Coordinating Committee, or SNCC, was peopled by young folk — kids in college and just beyond, mostly, but also some high-schoolers. Decisions were arrived at by consensus, and work was done jointly. So it makes sense that Hands on the Freedom Plow: Personal Accounts By Women in SNCC is co-edited by six SNCC women. It's a compilation of stories from 52 women who worked in SNCC to register black voters. The tales are heroic and harrowing and sometimes funny. Especially moving are the remembrances of work of brave women who worked alongside SNCC students, guiding them around the pitfalls of social activism in the segregated south.

Coming of Age in Mississippi has been required reading in many a high school or college history class, and with good reason: Anne Moody faithfully chronicles daily life in the Mississippi Delta in the '40s and '50s, and gives readers an unvarnished look at the feudal system that allowed agriculture to flourish in so much of the rural South, and makes us understand why so many Delta families took the extraordinary risk of participating in the struggle for equal rights. As a local Delta organizer said once: "We didn't worry about losing nothing because we didn't have nothing to lose." Told without drama, hysteria or embellishment, Coming of Age never fails to get its readers to close the book with one word: wow.

The Watsons Go To Birmingham — 1963, by Christopher Paul Curtis. When the furnace gives out, it's the last straw for the Watsons of Flint, Mich. As they sit, freezing, in their icebox of a living room, with layers of sweaters and piled with blankets, the family, prodded by their Alabama-born mother, makes the decision to take a trip south, toward grandma and warmth. They stay longer than originally anticipated and it gives author Christopher Paul Curtis the chance to mix a fair amount of history into this wonderful novel, which remains a young reader's favorite. (Michele Norris chose it as one of her first Back Seat Book Club selections) and which received the coveted awards, including the Newberry Honor Award and the Coretta Scott King Award.

The Story of Ruby Bridges, by Robert Coles, illustrated by George Ford. Psychiatrist Robert Coles, who spent much of his career studying the lives of children and how they are affected by various issues, such as race and poverty, has written a moving account of school desegregation from a child's point of view. Six-year-old Ruby Bridges was one of the first black children to integrate a New Orleans school in 1960 — an ordeal that has traumatized many people far older than she. Her equanimity and bravery shine through. The anniversary edition has an afterword by the Ruby herself, who is now a grandmother.