Accessibility links
The History Behind The Phrase 'Don't Be An Indian Giver' : Code Switch Did the phrase 'Indian Giver' come from a cultural misunderstanding?

The History Behind The Phrase 'Don't Be An Indian Giver'

The History Behind The Phrase 'Don't Be An Indian Giver'

"You can't take it back! Don't be an Indian giver."

Sound familiar? It's the schoolyard taunt that's been used for generations by children (and others) to describe people so ungenerous that they take back gifts as soon as they are given or immediately demand a present in return.

Comedian Louis CK calls the phrase "one of most offensive things you can call someone." 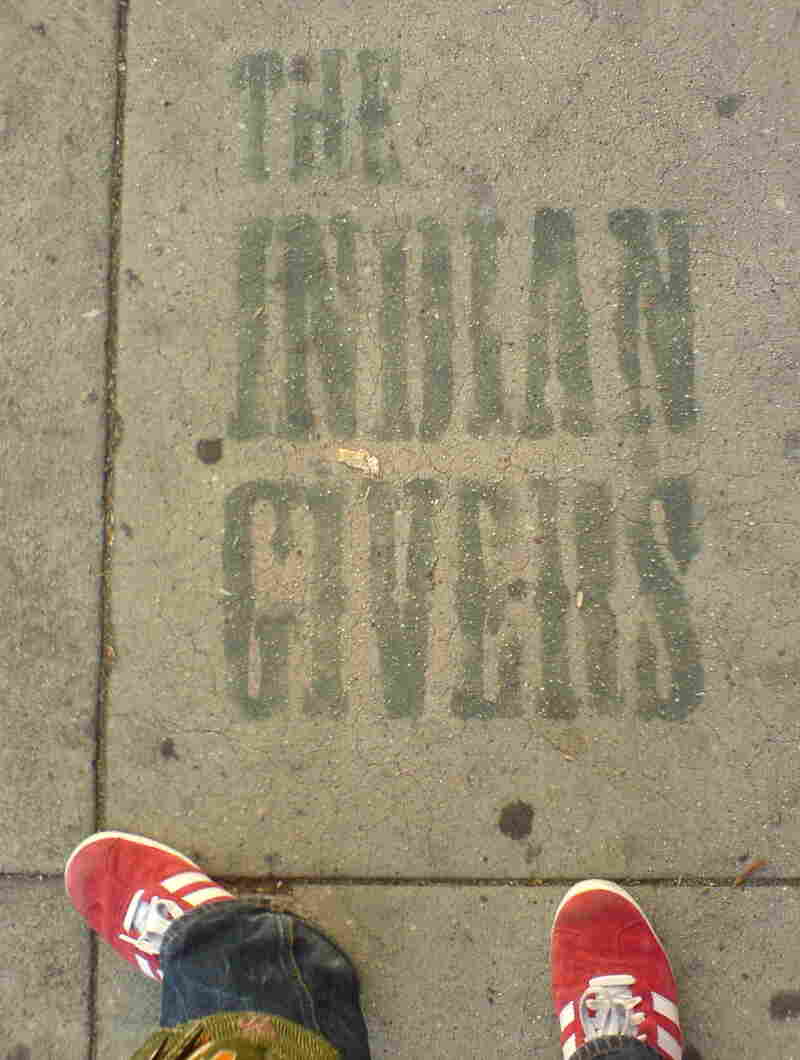 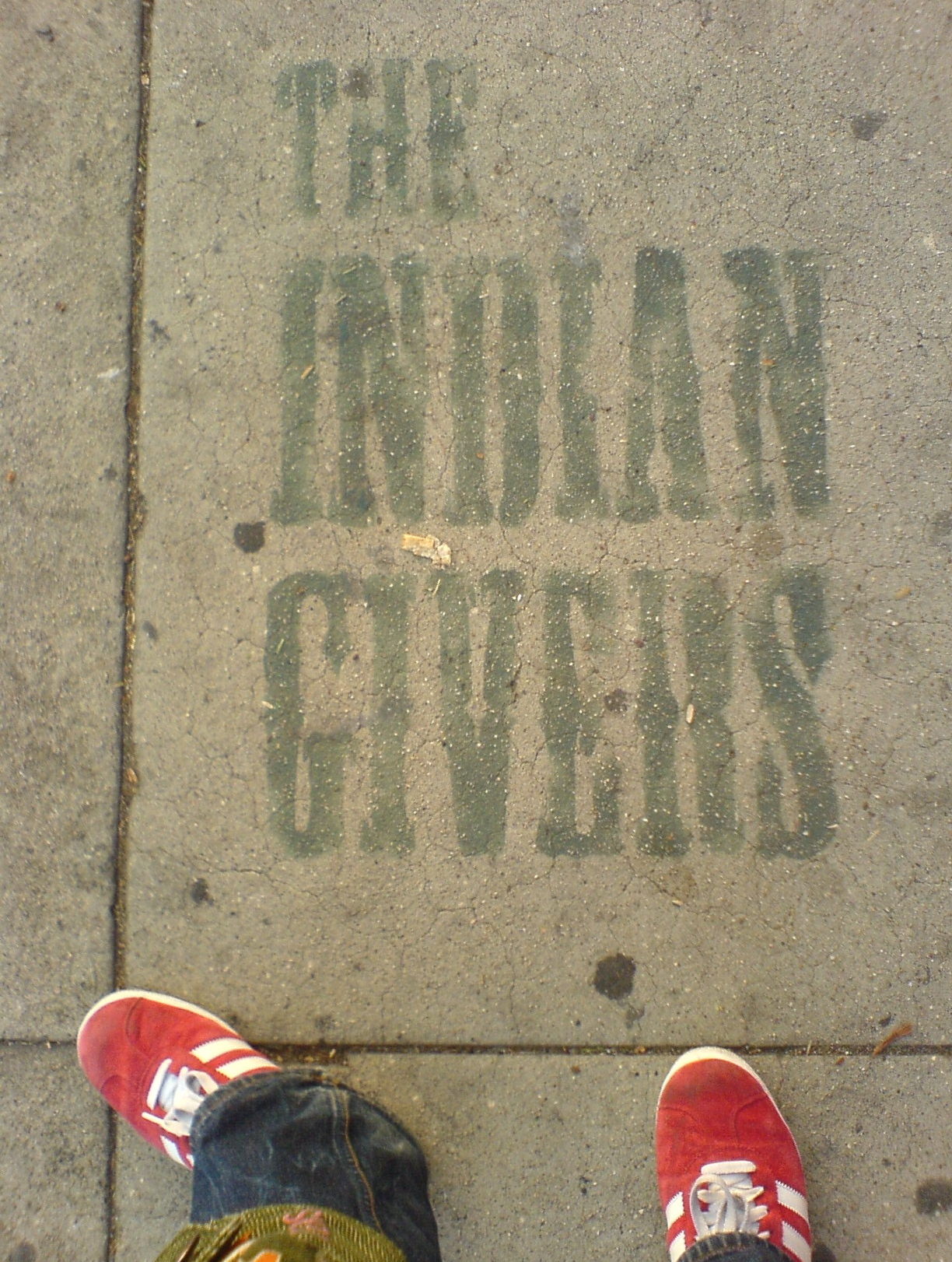 'Indian Giver' comes from a cultural misunderstanding that spans centuries.

"What it's meant to be is that someone gave you something and then changed their minds, explained the comedian. "We equate this to the Indians, because our feeling is that they gave us America and... then they changed their minds about giving it to us, and it's so offensive when you consider the truth."

But where did the concept of "Indian giving" really come from? Was there actually an instance when a white settler was presented with a gift, only to have it taken away?

The answer to that is... not really. What white settlers thought was rudeness and a lack of generosity was mostly likely rooted in a series of cultural misunderstandings.

The concept of an "Indian gift" or an "Indian giver" traces its roots back to at least the 1700s. In his 1765 History of the Province of Massachusetts Bay, "Thomas Hutchinson defined an Indian gift as a present "for which an equivalent return is expected."

During their legendary journey West in 1804, explorers Meriwether Lewis and William Clark often encountered Indians over the course of their travels. The picture the pair paints of Indians and their culture was not pretty. Lewis and Clark frequently suspected Indians of either stealing their belongings or plotting to do so. Gifts in particular, as Thomas P. Slaughter points out in his book Exploring Lewis and Clark: Reflections on Men and Wilderness, frequently created problems for the explorers.

Slaughter writes that in one instance, a group of Indians offered Lewis and Clark some roots, which the explorers rejected because they felt that "[the Indians'] expectation for those presents of a few roots is three or four times their real worth." Turning down the gift, however, insulted their hosts and led Lewis and Clark to label the Indians "forward and impertinent, and thievish," in their journals.

"To an Indian, the giving of gifts was an extension of this system of trade and a gift was expected to be reciprocated with something of equal value. Europeans, upon encountering this practice, misunderstood it, considering it uncouth and impolite. To them, trade was conducted with money and gifts were freely given with nothing expected in return. So this native practice got a bad reputation among the white colonists of North America and the term eventually became a playground insult."

This definition stuck and the phrase "Indian giver" made its first appearance in linguist John Russell Barlett's Dictionary of Americanisms in 1848.

By the early 1900s, seeing the words "Indian giver" in a newspaper or magazine was commonplace. "Indian Giver, Says Ex-Wife, Of Hubby" declared a 1919 headline in the Detroit Free-Press article about a husband who demanded his wife return some gifts during a divorce proceeding. The phrase seemed to frequently pop up in coverage of divorces and messy breakups. "Indian Giver Defeated in "Dream House" Suit" read a headline in the Los Angeles Times describing the actress Iris Ashton Evens' 1930 victory against her former lover, the mine owner Walter J. Browning.

In 1969, the bubblegum pop group 1910 Fruitgum Company saw their undeniably catchy song "Indian Giver" climb the Billboard charts, peaking at number 5. (The song's chorus: Indian giver... Indian giver... you took your love away from me."). And perhaps the most memorable reference came in a 1993 episode of Seinfeld, in which the offensiveness of the term was central to the joke.

The term mostly faded from widespread use in the 80s and 90s and many millennials today may have heard it for the first time during the Kim Kardashian-Kris Humphries divorce, of all things. The phrase made an unfortunate comeback of sorts in 2011, when reality TV star Kris Jenner told Good Morning America that she "hates an Indian giver... it's a gift, you should keep your gift," while referring to her soon-to-be ex-son-in-law request that the $2 million engagement ring he presented Kim Kardashian be returned. 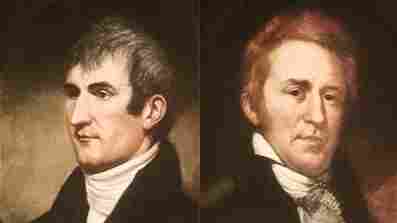 Explorers Lewis and Clark were offended by a trade-gone-wrong and wrote in their journals that the group of Indians they interacted with were "forward and impertinent, and thievish." Wikimedia Commons hide caption

While covering the fallout of the Kris Jenner comments, the blog Native Appropriations wrote:

"...I think we can all agree that it's probably not the best term to use to describe a negative act, considering it stereotypes Indians as deceitful and un-generous (not generous?), which, if you've ever been in a Native community, is about the farthest thing from the truth. Ever heard of giveaways? or Potlatches?"

Alas, it isn't true that "we can all agree" that the phrase is inappropriate. The Merriam-Webster Dictionary defines an "Indian giver" as "a person who gives something to another and then takes it back or expects an equivalent in return." The term, the dictionary notes in italics, is "sometimes offensive."

Sigh. Even now, in 2013, the dictionary definition of the phrase only deems it sometimes offensive. While it's always startling to discover ingrained racism in the dictionary, even more jaw-dropping is the definition from 1962's Dictionary of Word and Phrase Origins by William and Mary Morris.

The entry begins on a progressive (for 1962) note, as the authors applaud the recent trend in film that rejected "the old concept of the Indian as a ruthless, bloodthirsty warrior." The article's conclusion, however, is stunning:

"If you are willing to concede that the Indians occasionally employed trickery in their dealings with the whites, you will understand why the white man came to use the word Indian as a synonym for 'bogus' or, to use a favorite adjective of children, 'pretend.' So an Indian giver is, in a youngster's own language, only a 'pretend giver.'"

Emphasis mine. Note the usage of the words "trickery", "bogus" and "pretend." It should also be noted that the dictionary this passage appeared in was right on the shelf of my local library — a stark reminder that while language evolves, the reference section doesn't always catch up. William and Mary Morris probably did not realize it at the time, but in this one paragraph, they managed to neatly summarize about 200 years of stereotypes about Native Americans.