Accessibility links
College Enrollment Drops Overall, But Spikes Among Latinos : Code Switch The number of Latinos enrolled in college has hit an all-time high, and it's part of a years-long trend.

Here's the latest dispatch from our country's changing classrooms: Overall, there were half a million fewer students nationwide enrolled in colleges between 2011 and 2012, but the number of Latinos enrolled in college over the same period jumped by 447,000. The numbers come from a recent U.S. Census Bureau report. 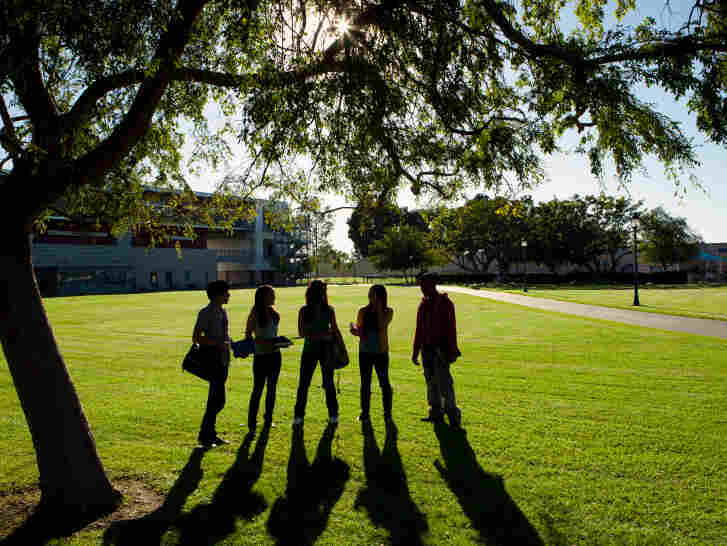 The number of Latino college students has been on a steady uptick since the mid-2000s. Michael DeLeon/iStockphoto.com hide caption 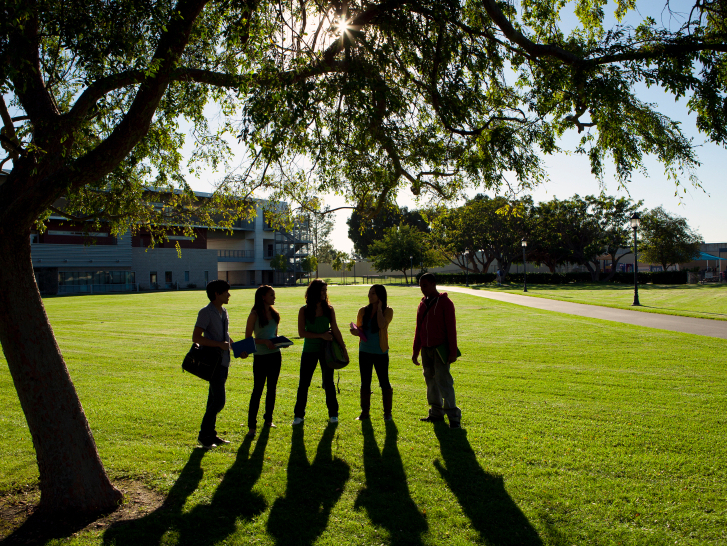 The number of Latino college students has been on a steady uptick since the mid-2000s.

That brisk uptick in Latino college enrollment is part of a trend that began in the mid-2000s: The share of college students who were Latino grew from 11 percent in 2006 to 17 percent last year. (Between 2009 and 2010, the number of Latinos in college increased by nearly a quarter.) Last year, the number of Latinos enrolled in college or grad school was at 3.4 million, an all-time high.

A dive into the country's school enrollment numbers (which are here, if you want to take a gander for yourself) shows more signs of a coming swell of Latinos among the college ranks. Nearly a quarter of all elementary students in the country are now Latino, which means a bigger pool of Latino kids who will be able to consider college in the next decade.

In May, my Code Switch teammate Hansi Lo Wang reported on a Pew study that found that the percentage of Latino high school graduates enrolled in colleges in 2012 outpaced the number of whites and blacks for the first time in history.

"The Pew report did not get into exactly why more Latino students are enrolling in college. But its co-authors, Richard Fry and Paul Taylor, note that the recession may have spurred more young Latinos to stay in school and delay entering the job market.

"A more compelling theory may be a generational shift within the Latino population, says Marcelo Suarez-Orozco, dean of UCLA's Graduate School of Education and Information Studies. Suarez-Orozco, who studies immigration and education issues, sees the increase of Latinos entering college as part of a natural cycle of the American immigration story.

" 'I think the story here is really the story of the maturing of the second generation,' he says. 'These are U.S.-born kids, and these are kids who have higher ambitions. They want to do better than their parents. And they're connecting with colleges.' "

The census report found that the percentage of college students who were white dropped from 67 percent in 2006 to 58 percent last year, a number that's likely to keep shrinking.

You can read the full school enrollment stats here.