Accessibility links
Twitter, Feminism And Race: Who Gets A Seat At The Table? : Code Switch A Code Switch roundtable on women of color being sidelined in online conversations about feminism started a firestorm after some said the discussion was symbolic of that very problem.

Twitter, Feminism And Race: Who Gets A Seat At The Table?

Twitter, Feminism And Race: Who Gets A Seat At The Table? 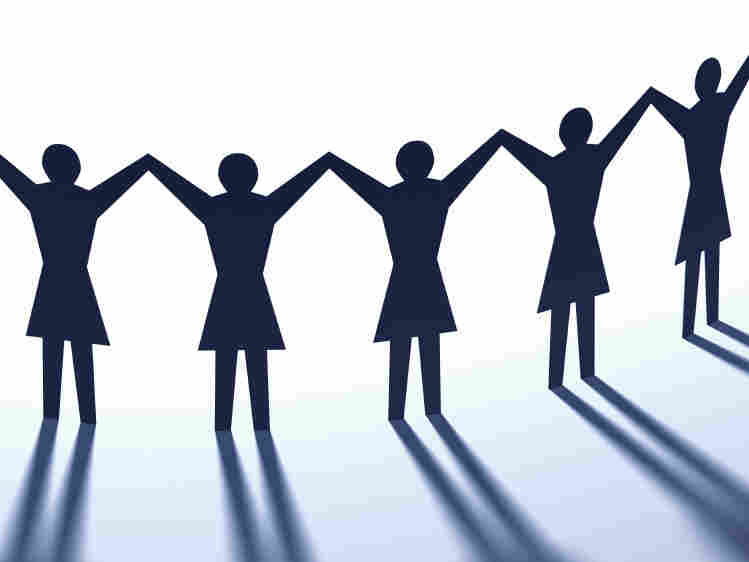 Our roundtable conversation was sparked by a critique of the way women of color are sidelined in mainstream feminism. Ironically, it was accused of the same. Karl Dolenc/iStockPhoto hide caption 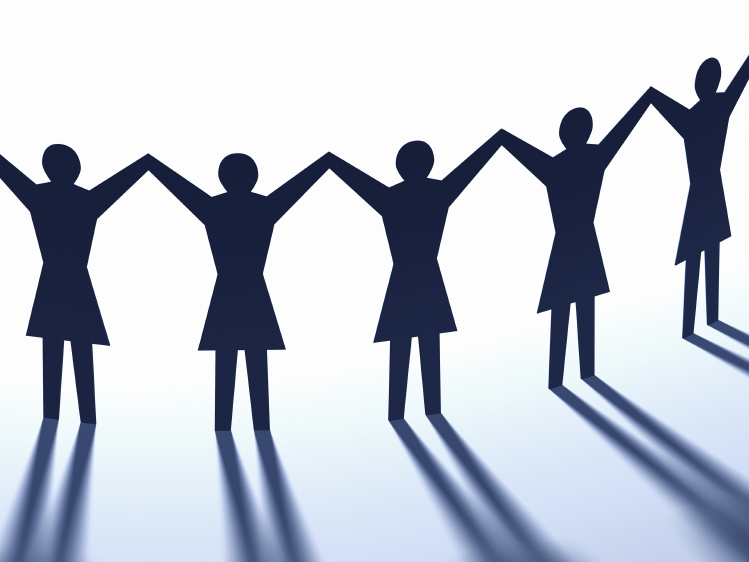 Our roundtable conversation was sparked by a critique of the way women of color are sidelined in mainstream feminism. Ironically, it was accused of the same.

The most recent entry in our roundtable on race and online feminism caused a firestorm on Twitter. People were angry that we had invited Jill Filipovic to participate in the conversation and hadn't invited Mikki Kendall, who started the #solidarityisforwhitewomen hashtag that sparked the whole conversation to begin with. (Filipovic was criticized by several people, including Kendall, when the hashtag was in full swing.)

Many felt that we were privileging Filipovic's perspective over Kendall's — Filipovic is white, and Kendall is black — and said that ironically, the conversation seemed to exemplify the very thing the #solidarityisforwhitewomen hashtag was critiquing. That wasn't our intention. We wanted to surface some voices that hadn't been in the conversation, and we thought it made sense to include Filipovic, in part because she was one of the people who had been called out. But Kendall kicked it off, and we should have asked Kendall to participate from the beginning. That was our mistake.

We've invited Kendall to weigh in on the controversy, the conversation surrounding the hashtag and, more broadly, the tensions in feminism, both digital and offline. She was gracious enough to accept.

(Read the previous posts in our roundtable from Roxane Gay and Jill Filipovic. Our final two contributors will be Lindsey Yoo of Filthy Freedom and Jamilah Lemieux of Ebony.com.) — G.D.

This is a conversation after conflict, because sometimes the political is personal. I started the #solidarityisforwhitewomen hashtag out of anger and frustration over the harm done by Hugo Schwyzer to my friend Sydette and other women of color. I continued it for the same reason many others did: out of anger and frustration over the myopia of mainstream feminists. Now that the initial burst of emotion has passed, we're left to pick up the pieces. As always, the conversation after the conflict is where the real work gets done.

But making things more awkward was the reality that while Jill was invited by Gene Demby to the table as one of the people who had been critiqued, no one who was directly confronting her that day on Twitter was originally slated to be included in this part of the dialogue. I knew the day Roxane's piece ran that I wasn't going to be included, but it wasn't until Jill's response that I had a front row seat to how the best-intentioned solutions can be a part of the problem. While I'm certain that no one at Code Switch was explicitly thinking "Let's keep those people away," it's highly likely that pre-existing personal relationships informed the invitations to the roundtable.

On some level, it makes sense. After all, it is often easier to turn to someone you know rather than to a stranger for help. Bonds of friendship and professional loyalty once established are sustained by the passing of opportunities to each other. Over time a small circle forms that is self-sustaining, that feeds on its own creations in a way that can seem healthy from the inside. Unfortunately, it also forms an echo chamber of sorts, one that lends itself to shutting out and shutting down the very same people the feminist movement is meant to represent. Access is everything in the world of digital feminism, and until very recently major platforms were largely the province of the well-connected.

As a movement feminism is theoretically geared toward the equality of all women, regardless of race. But the way that equality is defined by the women in the forefront can be incredibly problematic, particularly if those leaders lack a connection to ethnically and racially diverse communities. For women of color — particularly those who are from lower-income brackets — even if there are leaders in the movement who look like them, the absence of someone who lives like them can make feminism seem like it exists to serve a select few. The question then becomes one of reach and of responsibility. Who can reach those who feel like outsiders? Who can connect those "outsiders" with insiders so that a broader range of concerns can be addressed? Are you only responsible to your own community or do you have a responsibility to others?

Modern feminism needs a better business plan, one that allows for both experience and innovation so that it can continuously reach new markets. It's not enough to reach for known quantities, not when platforms like Twitter and Tumblr create a unique form of social mobility that can make yesterday's gatekeepers today's outsiders and tomorrow's forgotten shadows of history. A struggle for equality rooted in a hierarchy of value is structured to fail more often than it succeeds. This all brings us to this place, where an offhand hashtag becomes a pressure valve for people who don't need to know the origin in order to feel a connection.

Jill, you offered many practical solutions for those who have the time to take a seat at this table. I appreciate your efforts, and your willingness to keep doing the work even in such an uncomfortable context. But not everyone has the time, the economic flexibility, or even the aptitude for these discussions. We cannot lose sight of those people who need us to do the work to educate ourselves, to reach them, to help them achieve their goals. And no, that's not an endorsement of speaking for anyone, or of trying to play savior. It's an endorsement for doing the intellectual work and getting our collective hands dirty in the trenches. This is an endorsement of listening, of not always trying to be the leader, and instead handing the proverbial reins over to others even if we don't know them well and aren't sure the favor will ever be reciprocated.

This is a conversation between individuals and a conversation between communities. We use umbrella terms referencing race, class, gender, sexual orientation, etc., but we are all aware (or should be anyway) that no community is a monolith. That the "some" is implied, even when it isn't explicitly included in every sentence of a dialog that we are having today and should be ready to have every day. We can't divorce ourselves from the emotion or the history, but we can try to keep from repeating the same mistakes in the present so that this conversation ceases to be necessary in the future.

We're all humans, all operating with feet of clay and our own personal biases inside a movement that cannot be, will never be, should never be more focused on being a perfect fit for everyone than on doing the work to help everyone. As children in school or at home we were ostensibly all taught how to share, and while we're past the point of squabbling over actual toys (I hope) we're still in a place where we default to trusting those we already know instead of reaching out to build trust with new people.

Does that mean that basic self-preservation instincts should be ignored, or that everyone will operate in good faith? Absolutely not, but we must at least attempt to bridge some of the personal rifts as part of closing the political ones. Going forward, if we intend to be effective we must admit when we are wrong, when we have done wrong, and be able to forgive when genuine amends have been made for those wrongs done to us. Serving ourselves, serving our communities requires a lot of open, honest communication, and that often comes at a price. We must be willing to pay that price for ourselves, for those we might represent, and even for those whom we do not know and with whom we do not have a connection.

Solidarity is a small word for a broad concept; sharing one aspect of our identity with someone else doesn't mean we'll have the same goals, or even the same ideas of community. We must learn to negotiate with each other, though; else our movement will remain fractured and thus less effective. The day-to-day struggles do not stop, will not stop, even now as we sit down to begin this conversation. There are always battles to fight externally, and while it is tempting to suggest that the internal struggles can wait until the external is settled, the reality is that after a hundred plus years of being pushed aside, some issues will not wait any longer. Checks that were written years ago are being cashed now. And if they bounce? We may never be able to write another one to ourselves.

Mikki Kendall, also known as Karnythia, is a writer and social commentator.