Accessibility links
Who Can Use The N-Word? That's The Wrong Question : Code Switch Is there a double-standard around who gets to use loaded terms about race? Code Switch's Gene Demby argues that there are no rules. There's only context and consequence. 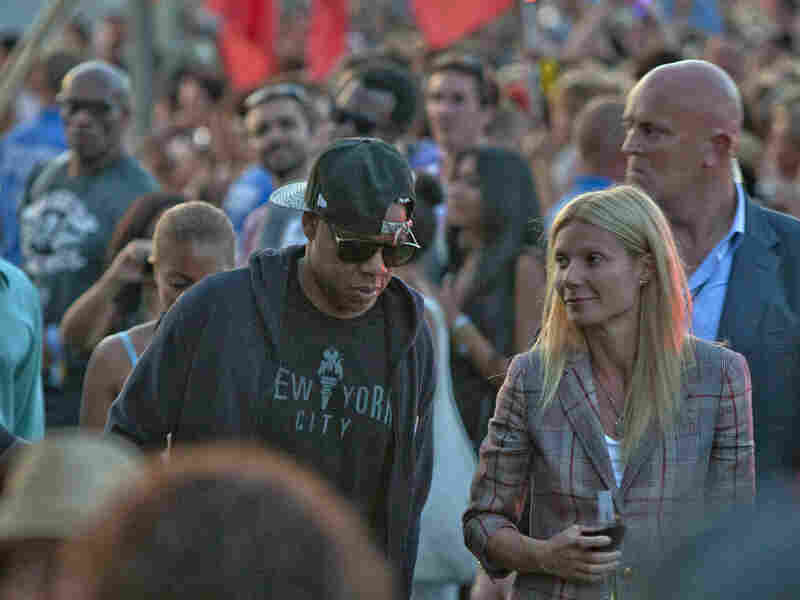 The actress Gwyneth Paltrow tweeted the N-word while at a Jay Z/Kanye West concert. Her music industry friends shrugged it off. Twitter did not. Joel Ryan/AP hide caption 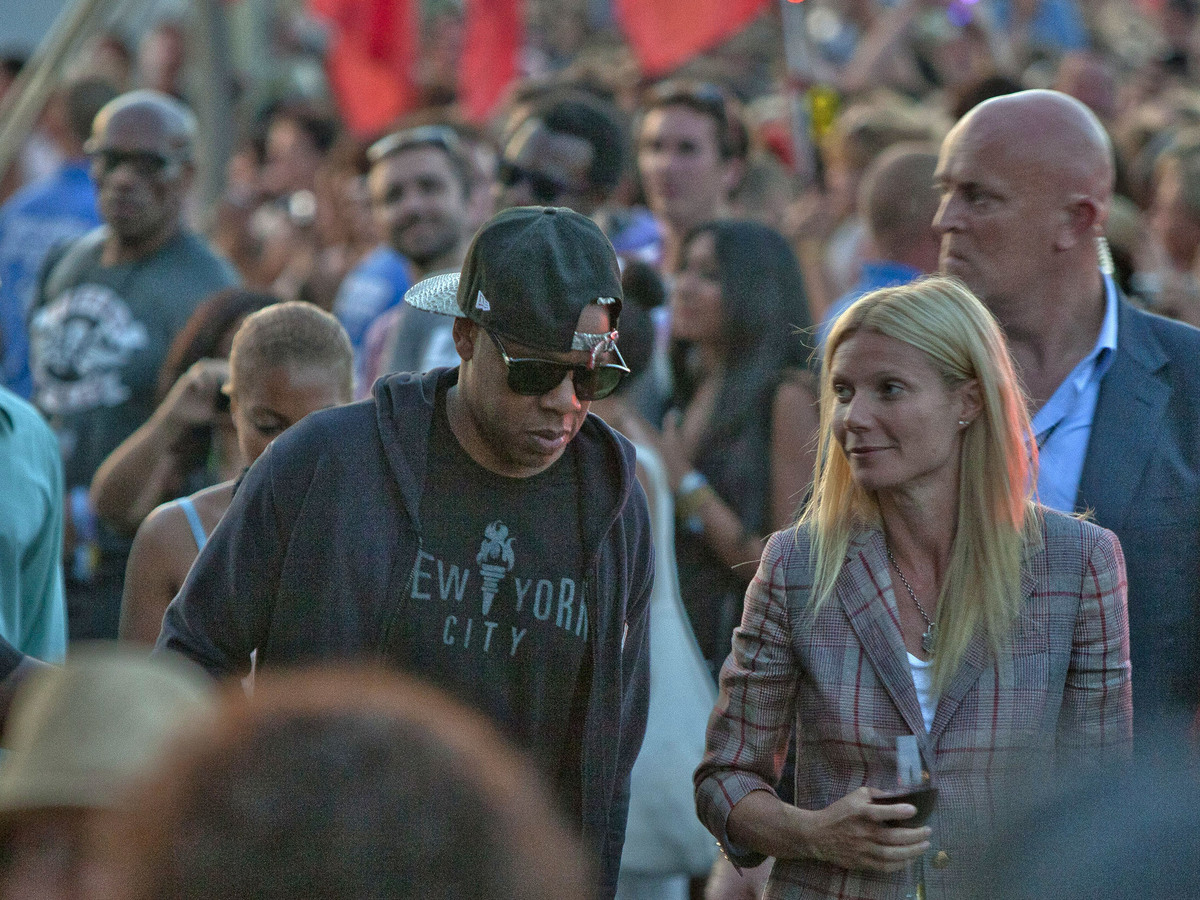 The actress Gwyneth Paltrow tweeted the N-word while at a Jay Z/Kanye West concert. Her music industry friends shrugged it off. Twitter did not.

Editor's Note: This is a post about a racial slur, and there's no way around using it. Just a heads up.

The impulse to make the world neat and simple, with hard and fast guidelines, bumps up against the messiness of real life all the time.

Earlier this week, a New York City man named Rob Carmona was being sued by a former employee named Brandi Johnson, who said that Carmona harassed her and other employees. The story gained national attention because of what Carmona was heard saying on a recording Johnson made to document the abuse at the office.

"I'm gonna give it to you hard-core," Carmona was heard saying on the recording. "You and her are very bright ... but y'all act like niggers ... seriously."

Oh, yeah: Both Johnson, the employee, and Carmona, her boss, are black. The federal jury hearing the case awarded Johnson $280,000 in damages.

Their workplace seemed to have more troubling dynamics than just this slur — Carmona reportedly called another woman a "whore" and dismissed a separate sexual harassment complaint because he said the woman in question was "too ugly" to be the target of such a thing — but most of the attention centered on the act-like-niggers bit.

From the Associated Press article:

"In a case that gave a legal airing to the debate over use of the N-word among blacks, a federal jury has rejected a black manager's argument that it was a term of love and endearment when he aimed it at [a] black employee. ...

"The case against Rob Carmona and the employment agency he founded, STRIVE East Harlem, hinged on the what some see as a complex double standard surrounding the word: It's a degrading slur when uttered by whites but can be used at times with impunity among blacks."

Ah yes, the old "nigger double standard" conversation. To be sure, this is a singularly slippery word, with complicated, ugly histories baked into it. But we treat it as if there should be clear, simple rules around its usage, so that we might point out transgressors (and avoid transgressing ourselves). There shouldn't be a double standard, the arguments go. Just one standard.

Here are a few ways folks suggest dealing with this singularly radioactive word.

To the extent that any of those prescriptions might true, it's only the narrowest sense: they presuppose there arbiters who can grant permission to say nigger and set the rules around how it's meant should someone say it.

But, of course, there are no rules. There are only contexts and consequences.

When nonblack folks ask why they can't say it but black people can, the question misses the point. Anyone can say it — but that doesn't mean there won't be fallout for doing so. As we saw this week in the Carmona case, it's not clear that black people can't say nigger to other black folks without consequence. (Hell, the there are specific spaces where the word itself is the topic of discussion and in which not saying it might earn you a side-eye for your preciousness.)

Last year, when Gwyneth Paltrow tweeted a photo captioned "Ni**s in paris for real" from a Jay Z and Kanye West concert in France, it ignited a minor controversy. Russell Simmons, Paltrow's friend, rushed to her defense, saying that the actress "didn't mean any harm." That ain't go over too well, because, again, it's not within Simmons' (or anyone else's) power to give Paltrow a blanket pass. Paltrow's music industry friends were more forgiving, but the larger Twitterverse, full of people who have different orientations to Paltrow, was predictably much less willing to extend her the benefit of the doubt.

Context is central to the way language works. It's why a term of endearment like "baby" might be affectionate between two lovers at home but grounds for a sexual harassment complaint if a boss were to say it to another employee work. The relationships of the speakers to each other matter — their comparative power, their pasts with each other, even stuff like who's around them when they say it. This is probably uniquely true of nigger, irradiated by America's ugly and ongoing racial story.

Like discussing race more broadly, talking about nigger requires us to hold different and at times contradictory ideas in our heads at once. We have to actually acknowledge that we have different histories and live in different spaces, that those spaces come with their own shared (or not-so-shared) understandings, and that we can't control which particular histories and power relationships we are invoking when we decide to use certain words. Because we live with that context and not, say, in Gwyneth Paltrow's head, that context is always likely to be more powerful and resonant than any speaker's intent.

In that aforementioned workplace harassment case, Carmona's lawyer argued that black folks use nigger among one another with a specific, affectionate, intra-racial understanding. But that, too, is wrong: there isn't one neat, universal black orientation to nigger, as is evidenced by the very different responses to Paltrow's tweet or Chris Rock's infamous "Black People vs. Niggas" skit or by the fact that Johnson understood Carmona's use of it as emblematic of a larger constellation of workplace abuse.

We don't need universal rules around this stuff — not that we could we enforce them if we had them — but we do need a much better understanding of our contexts. We need a stronger, more considered sense of why some things are received differently in one place than they are in another. We need to be more thoughtful, more deliberate and more fluid about the many spaces that we navigate, which require different levels of conscientiousness and clarity, so that we aren't misunderstood.

And if we venture outside of the very tiny universe of safe behaviors and interactions, we also need to accept that there will be consequences. Some good, some disastrous, but none neat or simple.