Accessibility links
Angry Asian Man Not So Angry : Code Switch When Phil Yu started 'Angry Asian Man' in 2001, he had no idea it would become wildly popular and the go-to source on all things Asian-America. 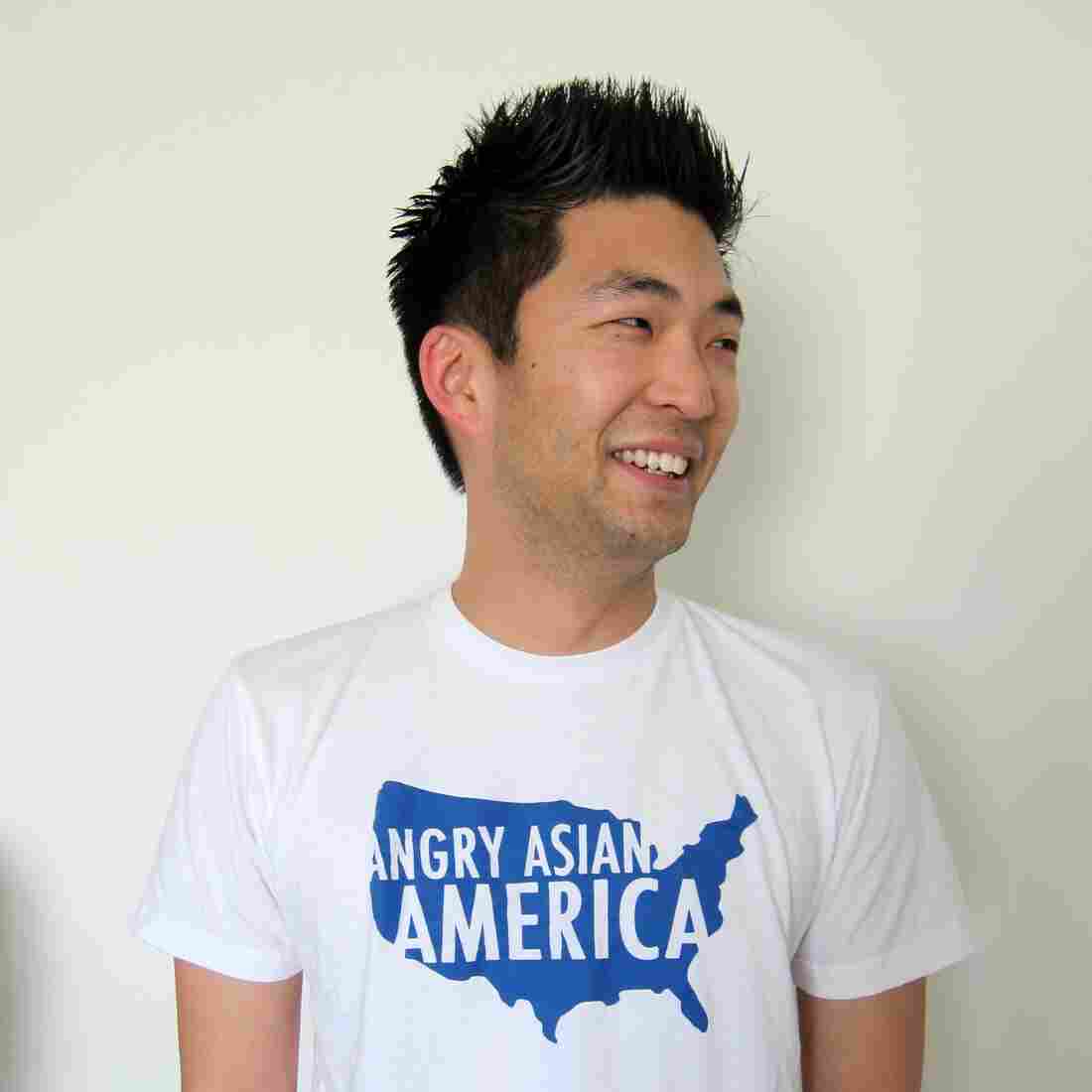 When Phil Yu started the blog 'Angry Asian Man' in 2001, he didn't think too many people who weren't friends or family would read it. Joanna Lee hide caption 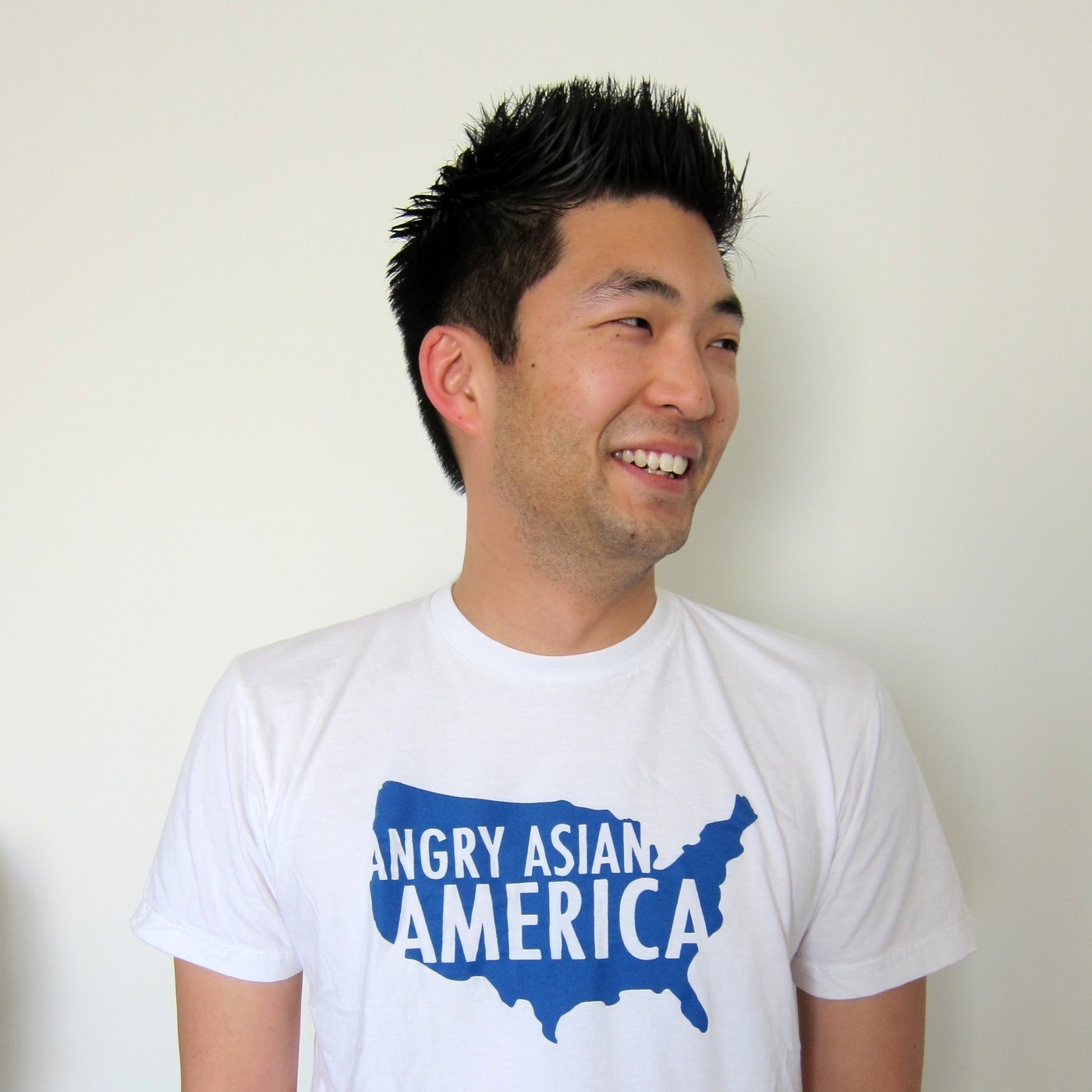 When Phil Yu started the blog 'Angry Asian Man' in 2001, he didn't think too many people who weren't friends or family would read it.

'Angry' is the nicest and often funniest possible way of introducing Phil Yu. He is the founder of the blog 'Angry Asian Man.' When Yu started the blog back in 2001, he didn't think too many people outside his friends and family would bother reading it. Now it's become a primary source for news and commentary about the Asian-American experience. And it is even required reading for some college courses. Yu is doing a tour on the college speaking circuit and joined Tell Me More's Michel Martin to talk about his blog and the interesting niche he's carved out for himself.

On what makes the 'Angry Asian Man' angry:

"You know it's funny because most people who know me and know my personality, is that I'm not really that angry of a guy. I don't come across as angry or uncivilized on the blog. But there are all these little things here and there, that when I read about incidents or just whack portrayals in the media – that gets me riled up."

On why he calls the blog 'Angry Asian Man':

"The idea of an angry Asian anything is kind of an affront to people's general perceptions of Asians in America. I think a lot of time we get pegged as very subservient, docile, passive. You know we are often painted as the model minority. We're to keep our head down and not make waves, not rock the boat. And I just thought the name 'Angry Asian Man' was a little bit provocative when people see it. They go 'whoa, this is not a concept that I'm used to.' And I thought it's okay for Asians to speak up. It's okay for us to stand up and get angry about things in the face of injustice."

On realizing the impact of 'Angry Asian Man':

"I think in 2002 when Abercrombie & Fitch, the clothing company, came out with this line of graphic T-shirts and a bunch of them had these Asian slogans on them that were racist caricatures of Asians. You know, people pulling rickshaws and people in those conical hats – I still haven't figured out the name for that. One of them that everyone remembers, it was advertising a fake laundry service called the 'Wong Brothers.' Their slogan was 'two Wongs can make it White.' And so I wrote about it and I posted the images of all the T-shirts and I actually posted the corporate contact info for Abercrombie & Fitch and just said, 'Readers, if you feel like this is something that you feel strongly about, if this makes you angry, go ahead and let them know.'"

On popular culture that makes the 'Angry Asian Man' happy:

"I love that character [Russell] in Up. He just happens to be Asian. But that kid could have been of any ethnicity but they made the effort to make him Asian. Just a little color, you know. And it's really wonderful when that kind of thing happens where they don't have to play that up and make it a thing or a joke. Which happens a lot."