On Tuesday, Congress will bestow its highest civilian honor — posthumously — on the young victims of a deadly Alabama church bombing from the civil rights era.

Just as the federal recognition is long in coming, so was justice.

The plot to bomb the 16th Street Baptist Church can be traced to a once-remote spot along Alabama's scenic Cahaba River. Suburban traffic now rumbles above a deserted, gravelly spot under the Cahaba River Bridge.

"But in the day it was apparently a hot spot for some of the more violent members of the Klan to sit down here and talk and do their dirty work," says former U.S. attorney Doug Jones. 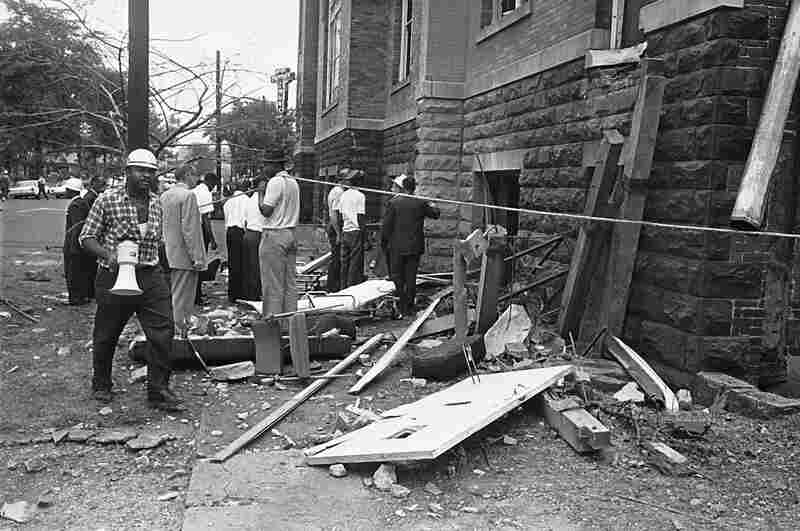 One man was convicted in the bombing in 1977, but more than two decades would pass before any other suspects were tried for murder. AP hide caption 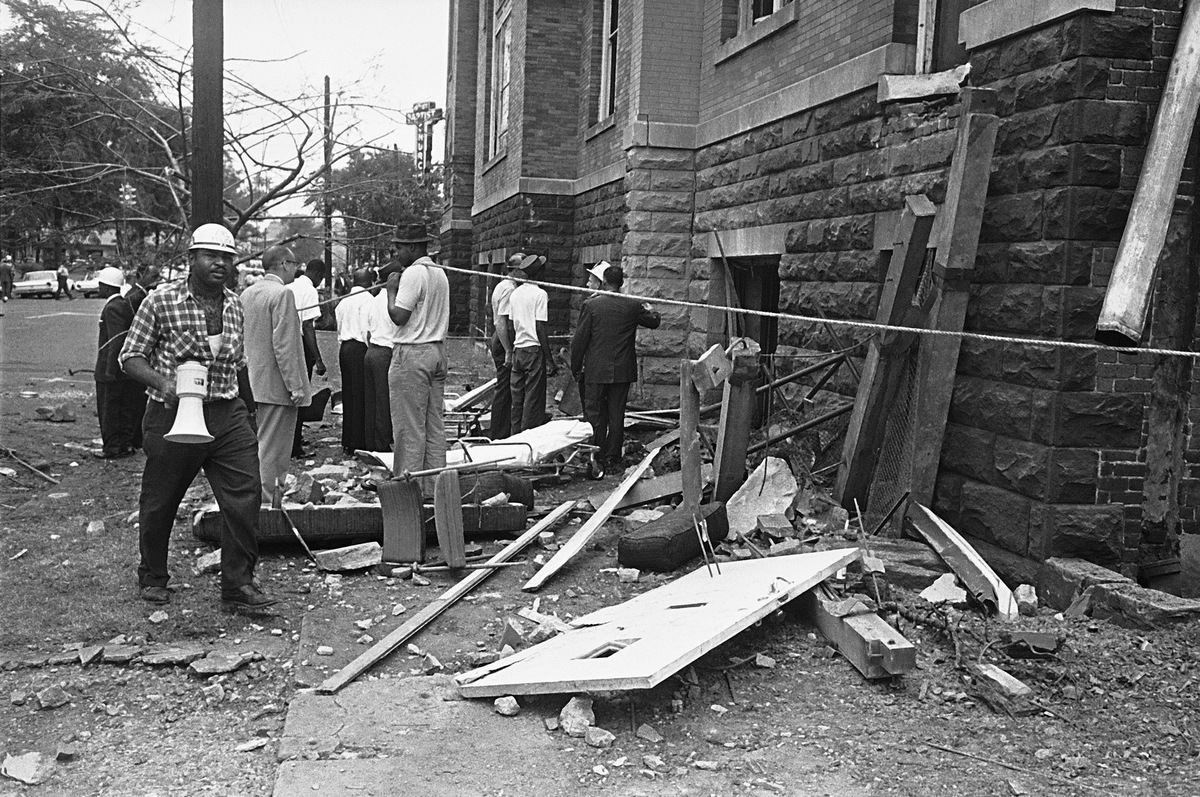 One man was convicted in the bombing in 1977, but more than two decades would pass before any other suspects were tried for murder.

Jones was the federal prosecutor who tried and convicted Klansmen Thomas Blanton and Bobby Frank Cherry in 2001 and 2002, for the murder of the four girls killed in one of the most notorious racially motivated crimes in U.S. history.

Blanton and Cherry were part of a small group of disgruntled white supremacists who didn't think the Klan was doing enough to stop the rising tide of the civil rights movement in 1963.

"They just were the self-proclaimed Cahaba River Bridge Boys," Jones says. "It was almost like they were trying to be the outlaws of the Old West."

Jones says they knew the FBI had infiltrated their Klan klavern, which met at the Fraternal Order of Police Lodge.

"They would gather up to plan the real violence," he says. "So they brought the guys down here that they could trust."

Jones says the Cahaba River Bridge Boys were busy in the week leading up to Sept. 15, 1963. On that morning, Youth Sunday, dynamite exploded at the 16th Street Baptist Church, killing the four young girls. The church was a target because of its role in the civil rights movement.

But in 1963, no one was arrested for the crime. The first prosecution would come more than a decade later.

In the 1970s, Bill Baxley was attorney general of the state of Alabama. When he took office, he called for all the state and local files on the church bombing, but found little there.

"A good bit of time was spent trying to prove that the blacks had bombed themselves under some crazy theory that they wanted to get sympathy for their cause," Baxley says.

This was not surprising given the high number of Klan sympathizers among local law enforcement at the time. Baxley turned to the FBI, but he hit a wall.

"Deep South public office holders up to that time had not been people you would cooperate with on civil rights cases," he says.

It would take J. Edgar Hoover's death in 1972 and media pressure for Baxley to finally gain limited access to the FBI's church bombing files. Clues pointed to a prime suspect: Robert Chambliss.

"His nickname was Dynamite Bob," Baxley says, "and he was very proud of that. He wore it like a badge of honor."

"That broke it open," Eddy says. "They had a file on her that just had a little stuff in there, some stuff we could use in a trial, like Chambliss came home and said, 'We didn't mean [for] anyone to get killed.' "

But for about the next 20 years, the Birmingham church bombing case was dormant. 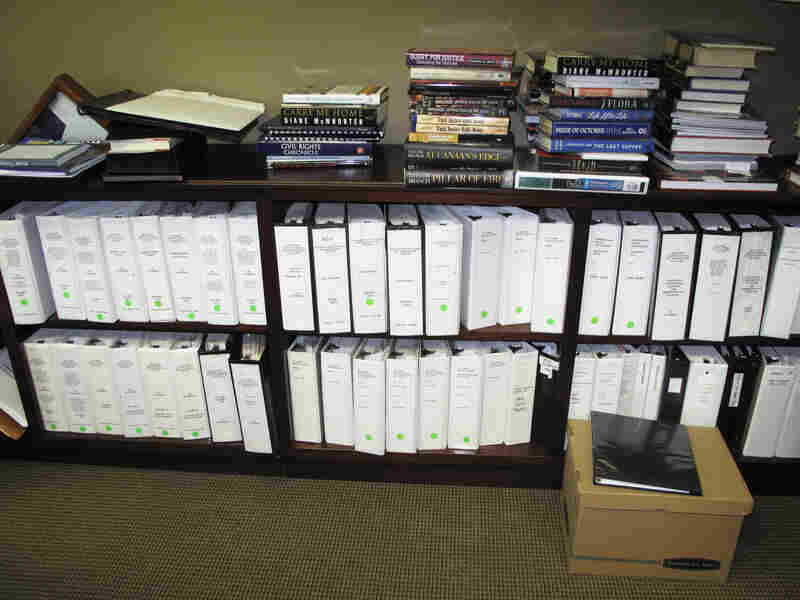 Until the FBI re-opened the bombing case in the 1990s, much of the evidence surrounding the bombings was misplaced or withheld. Critical evidence in the 2001 conviction of Thomas Blanton was found in a discarded box. Debbie Elliott/NPR hide caption 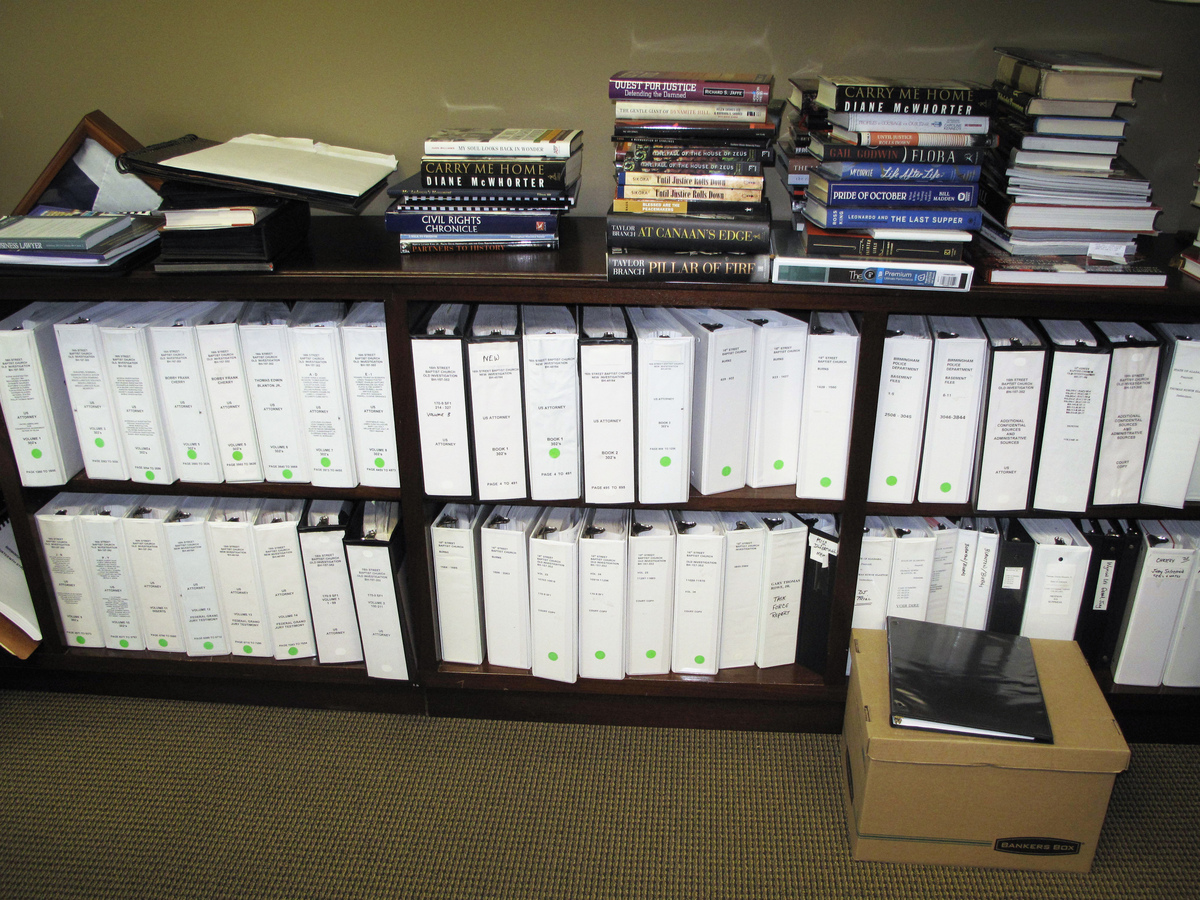 Until the FBI re-opened the bombing case in the 1990s, much of the evidence surrounding the bombings was misplaced or withheld. Critical evidence in the 2001 conviction of Thomas Blanton was found in a discarded box.

"Even to this day people's perception is that law enforcement never gave it much of a shot," says T.K. Thorne, a former Birmingham police officer who has a new book on the bombing investigations called Last Chance for Justice.

Thorne says the case was re-opened in the '90s when then-FBI special agent in charge, Rob Langford, had a meeting with local ministers trying to improve the agency's race relations.

"They were very distrustful," Thorne says. "And one of them spoke up and said the FBI never did anything with the church bombing."

Langford was surprised and reopened the investigation. By then, only two suspects were still living: Bobby Frank Cherry and Thomas Blanton. More than 100 witnesses were dead.

Birmingham police Sgt. Bill Herren was assigned to work with the FBI, something he says he knew would be an uphill battle but also the last chance to build a case. 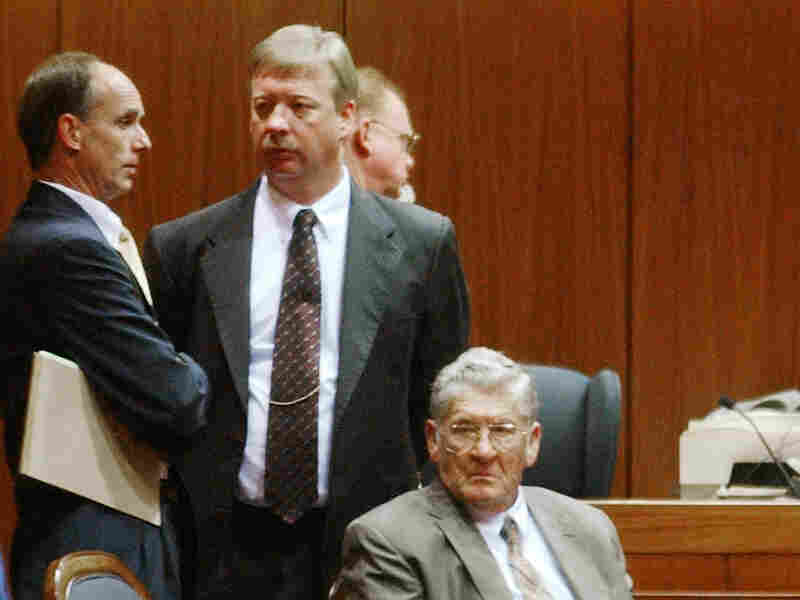 Bobby Frank Cherry (seated) was convicted of murder in 2002. Cherry was part of a group of white supremacists who felt the KKK was not doing enough to quell the civil rights movement in the 1960s. Dave Martin/AP hide caption 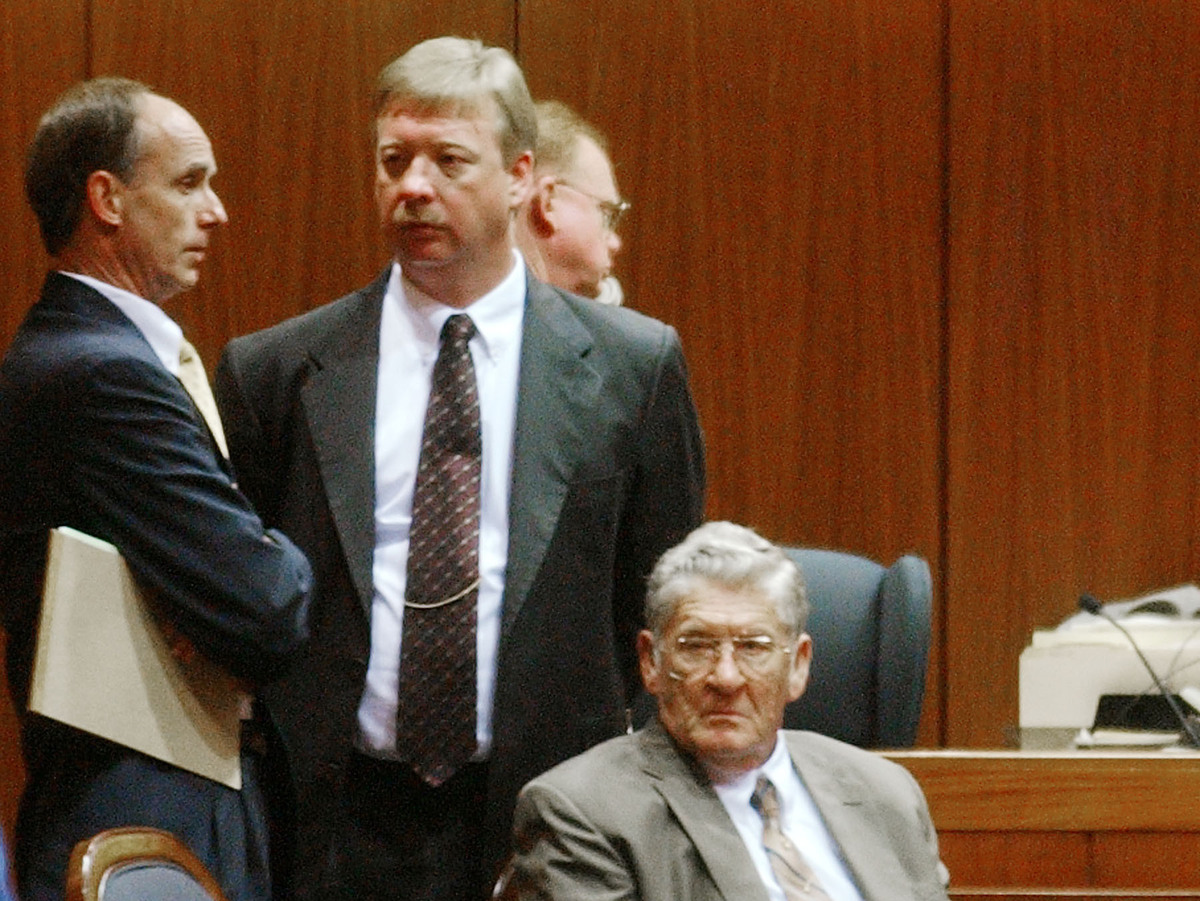 Bobby Frank Cherry (seated) was convicted of murder in 2002. Cherry was part of a group of white supremacists who felt the KKK was not doing enough to quell the civil rights movement in the 1960s.

The investigators traveled to Texas to interview Cherry. A break came when Cherry held a news conference to complain. Soon after, Herren says, the detectives' phones started ringing with people who had heard the brash Cherry boast about the bombing.

"That was his downfall," Herren says. "He was a bragger; he liked to talk."

Blanton, on the other hand, kept quiet in public. It was his private conversations with his wife, Jean, back in the '60s that ultimately convicted him.

The FBI planted a microphone in the Blantons' kitchen wall after the bombing. For a time, no one could find the recordings until an FBI agent discovered them in a discarded cardboard box.

The so-called "Kitchen Sink Tapes" are scratchy and hard to follow without a transcript. In the tape, Jean asks Blanton what he went to the river for.

"The meeting where we planned the bomb," Blanton replies in the recordings.

"We had to have a meeting to make the bomb," he says.

In the end it was Blanton's own voice, his own words, that convicted him, Herren says — a conviction, some officials say would never have happened 50 years ago, when Birmingham juries were made up of only white men.

Herren says even if the convictions came 40 years late, at least they came.

"Justice delayed is not justice denied," he says.

Chambliss and Cherry both died serving out their life prison terms for the church bombing; Blanton remains in jail.