Harlem On Their Minds: Life In America's Black Capital

Harlem On Their Minds: Life In America's Black Capital 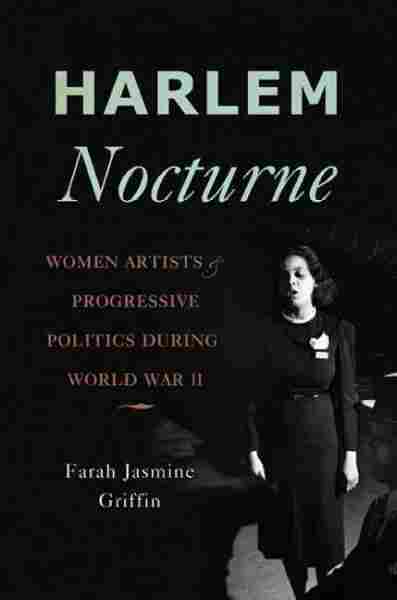 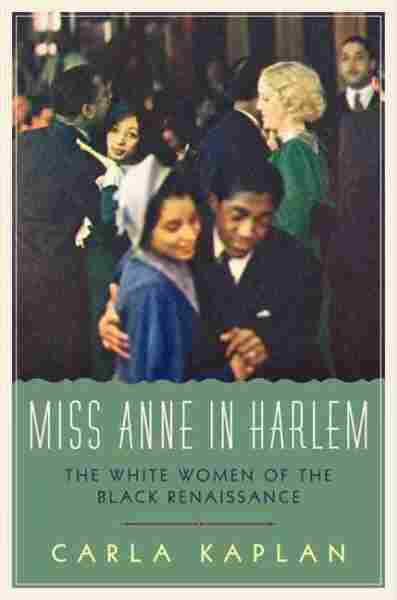 The White Women of the Black Renaissance

The poet Langston Hughes liked to wryly describe the Harlem Renaissance — the years from just after World War I until the Depression when black literature and art flourished, fed by an awakening racial pride — as "the period when the Negro was in vogue." Note the past tense. Two new books published Tuesday explore the blossoming of black cultural life in two different decades.

The names of Harlem's heyday are now part of the American literary canon: Hughes; his good friend Zora Neale Hurston; fellow writers Arna Bontemps and Jean Toomer; poet Countee Cullen; and novelists Nella Larsen, Wallace Thurman and Jessie Redmon Fauset. What is far less known are the white patronesses who made much of their work possible.

With her story Miss Anne in Harlem: The White Women of the Black Renaissance, historian Carla Kaplan, who teaches at Northeastern University, introduces readers more fully to those women. ("Miss Anne" is a generic term within the black community for white women, especially those who rely on the privilege of their race. Kaplan's use of it in the book's title signifies her insider's knowledge — as well as her intent to be purposefully provocative.) Many of us who read about the works of Hurston and Hughes, two of the most famous Harlem Renaissance figures, knew that they and other writers had white women who helped support them while they produced their art. But these women were seen as ancillary to the process, referred to in the black writers' letters and papers as the holders of purse strings that, when loosened, allowed the artist to continue his work. Although, as we discover through Kaplan's book, that support was not unconditional.

In Miss Anne, Kaplan introduces us to:

Kaplan makes it easy for the reader to imagine the bustle and optimism of pre-Depression Harlem: The nightclubs, integrated and, yes, segregated*. The political meetings. The social cliques and the rarefied air of Sugar Hill and Strivers Row, two of the area's most exclusive neighborhoods, populated by the black elite, are vividly reproduced.

The renaissance that celebrated philosopher and cultural critic Alain Locke's New Negro Movement helped birth cast ripples throughout American arts, activism and history several decades after it faded away. Some of those ripples would be responsible for helping Miss Anne's descendants to establish modern feminism. Kaplan, whose biography of Zora Neale Hurston received wide critical acclaim, draws the line from renaissance Harlem to today. Her extensive research has given life to a critical period in black American history — and given credit to the white women who, for various reasons, helped the Harlem Renaissance flourish.

"New York told them anything was possible," Griffin writes in her prologue. "Told them there were no boundaries. There were."

Many focus on Harlem's cultural renaissance, but there was also an intense period of political activity in the early to late '40s, and many of Harlem's artists were closely connected to it. Griffin's trio came to Harlem differently (one as a child with her West Indian immigrant family, two as adults), but thrived alike, nourished by Harlem life. While the war was fought with victory over the Axis powers as its goal, black Americans — within and outside of the military — were working toward Double V, victory over the Axis abroad and over racial prejudice at home. The latter would prove to be far more intractable than the former.

In their effort to achieve that, artists Petry, Primus and Williams were politically active. Writer Petry edited The People's Voice, which had a largely Communist staff, although she herself was not a party member. Dancer/choreographer Primus was a member of the Communist Party, which, she believed, would more quickly hasten the end of racial segregation. And pianist/composer Williams often held salons to which she invited people whose ideas and activism she admired, so they could gather to discuss social justice issues.

The three were significant in their respective fields: Williams was an innovative jazz composer and performer who broke from the stereotype that restricted female jazz musicians to singing only. Primus danced around the globe with her troupe, and was considered one of the country's premier modern dance choreographers. Petry's novel about a working-class Harlem block in the late '40s, The Street, was the first novel by a black woman to sell a million copies; it's now considered a classic, taught along with Richard Wright's Native Son.

How these women came to prominence, what influences shaped them and how the country gave — and took away — their chances for success and prominence during the heady war years makes for a brisk and engrossing read. Harlem Nocturne is a slim book thick with hidden history.

*At its height, there were no black patrons except for the occasional black celebrity at the famed Cotton Club — ordinarily, ogling the club's lovely dancers was a pleasure reserved for whites only. Downtown at Café Society, however, which Billie Holiday would later make famous, the clientele was integrated.