Accessibility links
'Baby Veronica' Custody Battle Continues : Code Switch Although the Supreme Court ruled on her case in June, the question of who gets custody over the young girl — her biological father or the couple who adopted her — remains unsettled. 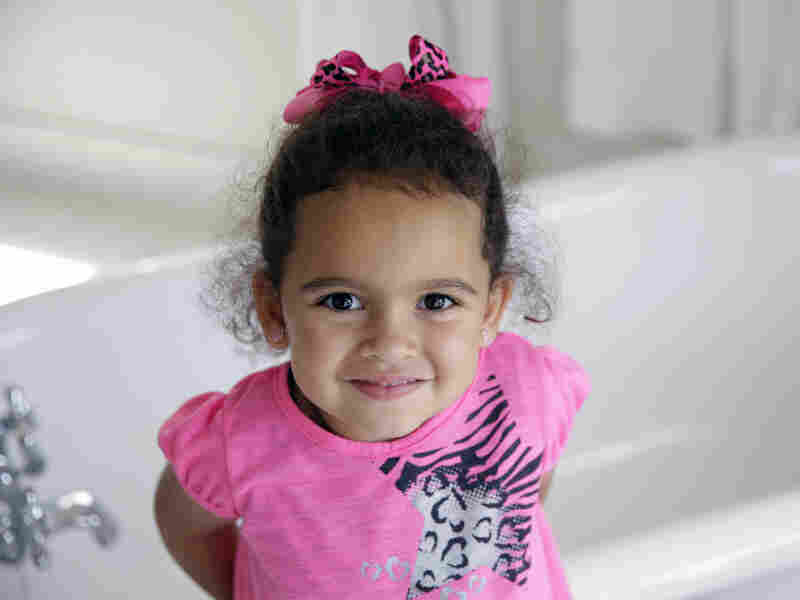 Veronica, the child at the center of an adoption dispute, smiles in the bathroom of the Cherokee Nation Jack Brown Center in Oklahoma. Mike Simons/Tulsa World/AP hide caption 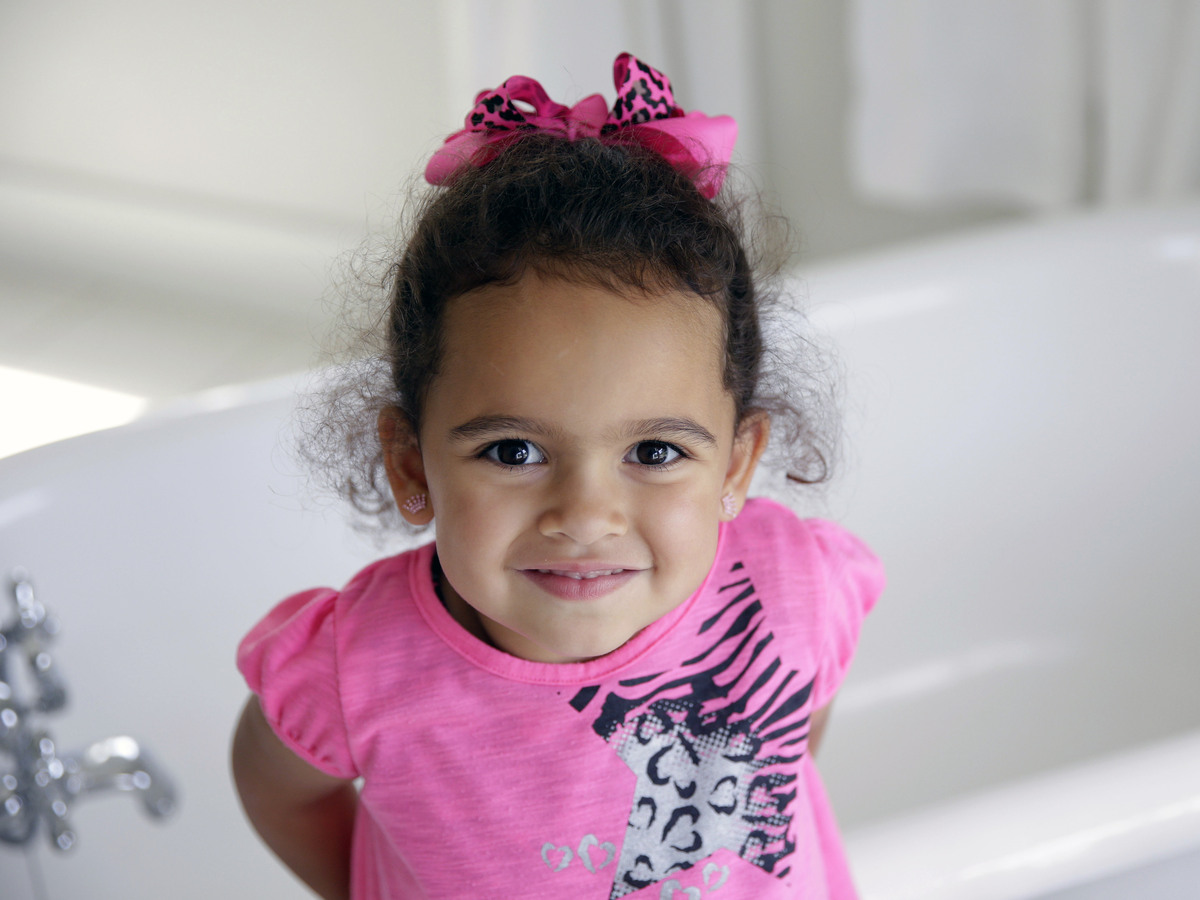 Veronica, the child at the center of an adoption dispute, smiles in the bathroom of the Cherokee Nation Jack Brown Center in Oklahoma.

The U.S. Supreme Court may have decided almost three months ago the case known as Adoptive Couple v. Baby Girl. But the young Native American girl known as "Baby Veronica," who turns 4 years old on Sunday, is still stuck in legal limbo.

Many child custody cases are inherently messy, but Veronica's case has been especially complex because she is an American Indian child. She is currently living in Oklahoma with her biological father, Dusten Brown, who is Cherokee. Meanwhile, a white adoptive couple from South Carolina — Matt and Melanie Capobianco — waits to reunite with her.

In the U.S. Supreme Court case, Brown, a registered member of the Cherokee Nation, attempted to claim parental rights under the Indian Child Welfare Act, which Congress passed in 1978 to prevent the separation of Native American children from their biological families and tribes.

The high court ruled in June, however, that the federal law does not apply to this case because Brown "never had custody of the child." In July, a lower court ruling in South Carolina ordered Veronica's adoption by the Capobiancos finalized.

As our colleagues at The Two-Way noted, the Oklahoma Supreme Court recently issued a stay, delaying an Oklahoma county court's order for Brown to hand Veronica over to the Capobiancos.

The United Nations special rapporteur on the rights of indigenous peoples, James Anaya, weighed in on Tuesday with a written statement, urging "the relevant authorities, as well as all parties involved in the custody dispute, to ensure the best interests of Veronica, fully taking into account her rights to maintain her cultural identity and to maintain relations with her indigenous family and people."

Representatives for Brown and the Cherokee Nation (which has joined Brown in lawsuits) could not be reached by deadline.

But in a phone interview, Lori Alvino McGill, an attorney for the Capobiancos who previously represented Veronica's biological mother, said her clients "are, and always have been, committed to keeping Veronica in touch with her biological family."

"Part of that is educating her about where she comes from," she added.

McGill says the Capobiancos are now waiting for the Oklahoma Supreme Court's decision.

Angel Smith, a court-appointed attorney who has represented Veronica in Cherokee Nation tribal court, acknowledged that "two families have loved one child."

She hopes all sides will keep in mind "the daily impact on the life of a child" in the middle of a custody battle.

"[Veronica] certainly has her own worldview. She has her own thoughts. She has her own voice," Smith said. "It's not just a news story. This is a real child, and this, one way or another, will have a real impact on the rest of her life."