Accessibility links
Feminism And Race: Just Who Counts As A 'Woman Of Color'? : Code Switch Do discussions about issues affecting women of color overlook Asian-Americans? One writer says yes and wants to change that.

Feminism And Race: Just Who Counts As A 'Woman Of Color'?

Feminism And Race: Just Who Counts As A 'Woman Of Color'? 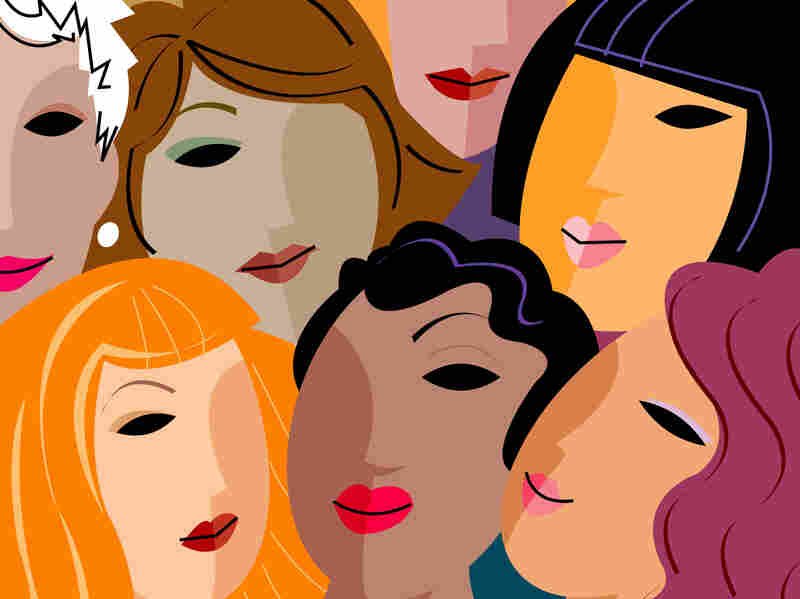 There needs to be more diversity in feminism, writes Lindsey Yoo. (And, apparently, in stock photos, too.) Images.com/Corbis hide caption 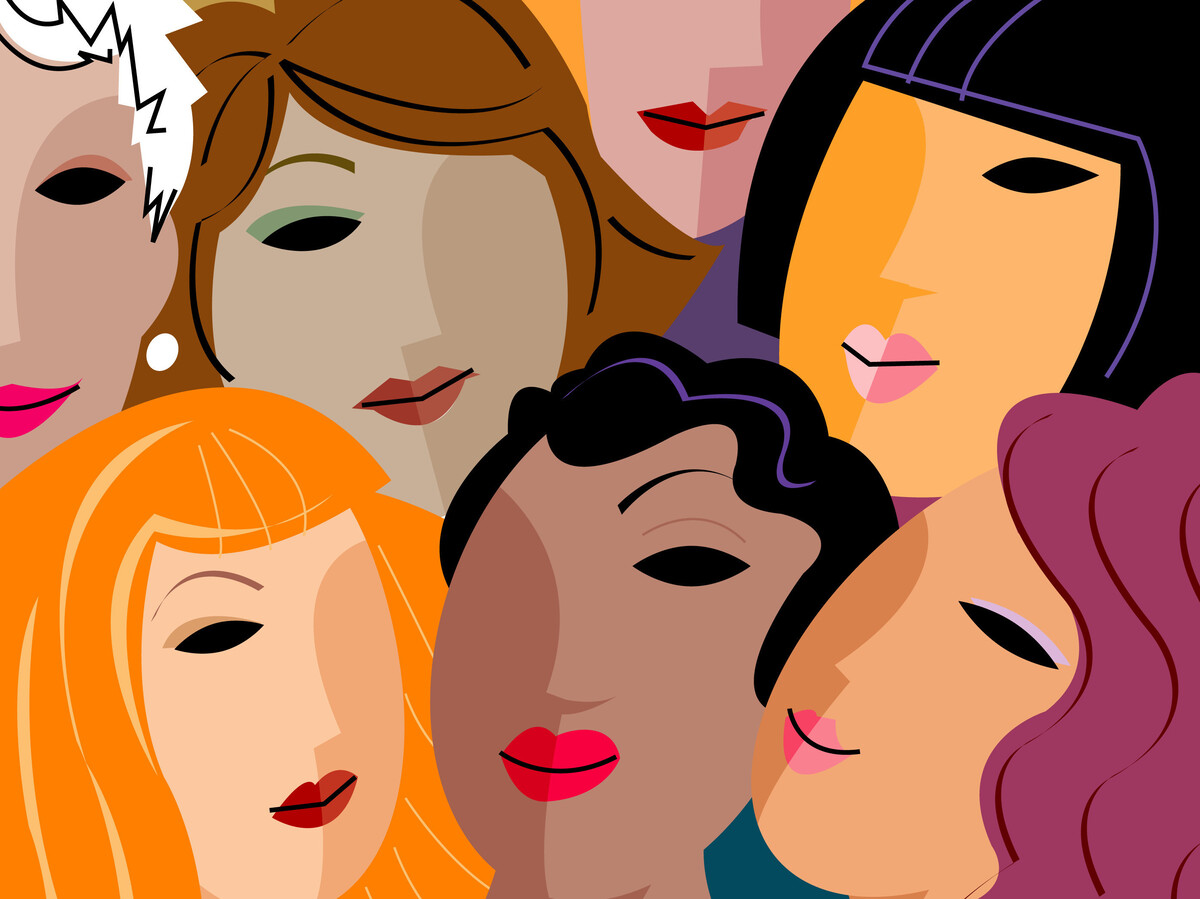 There needs to be more diversity in feminism, writes Lindsey Yoo. (And, apparently, in stock photos, too.)

For the next part of our roundtable on the tensions and challenges in feminism along issues of race, we picked the brain of Filthy Freedom's Lindsey Yoo. Yoo had been following the sprawling #solidarityisforwhitewomen conversation, and felt that Asian-American women were often sidelined or overlooked when people talk about issues affecting women of color.

"In my sophomore year in college, after I learned of Japanese-American activist Yuri Kochiyama's role in the civil rights movement and asked a sociology professor why none of our classroom discussions included any mention of her role, she told me that 'bringing an Asian into the discussion on civil rights would just confuse people,' " she wrote. "When I pointed out to another sociology professor that the statistics we were studying that day, on the parenting styles of black and Hispanic parents versus white parents, did not take into account the unique perspective of Asians, she told me bluntly that 'the Asian perspective can be found in the stats on white people.' "

If you haven't read the previous entries in our series from Roxane Gay, Jill Filipovic and Mikki Kendall, they're really worth your time. And if there are other people writing about these ideas with compelling takes, we'd love if you could share them with us in the comments. — G.D.

After I shared an article that addressed the conspicuous lack of women of color on magazine covers, a friend exclaimed, "Let's not forget there is a lack of our Latina and Asian sisters." That comment, while coming from someone with all the best intentions in the world, prompted me to ask a series of awkward and sobering questions: When people say "women of color," am I included in that equation, or does it not apply to Asian-American women? What about Hispanic women? Do they have more of a claim to that label than Asians do? Or do they also not count? Do people really want to hear from someone who looks like me when they engage in conversations about racial justice?

Advocates for a more inclusive feminism cannot be content with calling attention to the tendency of feminist circles to focus solely on the issues that matter to privileged, white women. We must also rethink the ways we use the term "women of color." Our community needs conversations that explicitly demonstrate how the struggles of Asian, Latina and other women who fall outside the black-white binary are inextricably linked with the oppression of others. While I thoroughly appreciate the discussions that came from #solidarityisforwhitewomen, we must work even harder to ensure solidarity with all women who experience life at the intersections of race and gender.

As a Korean-American woman, I am sometimes hesitant to participate in conversations like #solidarityisforwhitewomen, because all too often, no one seems to be quite certain where I belong. In college sociology classes, when I asked to see the perspectives of Asian-Americans in our studies, some professors told me to look at the statistics on white people, or insinuated that Asian-Americans had no bearing on racial justice. I've been told since high school that Asian-Americans are not relevant, that our voices and experiences matter only when high-schoolers turn their pages to the obligatory paragraphs in their world history readers that briefly address Chinese railroad workers. The Asian-American experience, despite spanning several generations of struggle and oppression, is rendered invisible.

When I confront my friends and family — Asian-Americans are just as capable of internalizing and perpetuating anti-Asian racism as anyone else — for participating in casual, anti-Asian humor, I am told I have no right to be offended, since we are doing so much better than everyone else and should be grateful (as if our ethnicity, which comprises a multitude of racialized experiences and socioeconomic backgrounds, can be generalized into one, harmonious, high-achieving blob). Mikki Kendall states that "we use umbrella terms referencing race, class, gender, sexual orientation, etc., but we are all aware (or should be anyway) that no community is a monolith." In my experience, however, the Asian-American community has always been portrayed as a monolith of kung-fu fighters, loose women and unscrupulous small-business owners.

I am aware that certain segments of the Asian-American community do enjoy more privileges than other people of color. But I am also keenly aware of the ways that I, like other people of color, am yoked and burdened by the existing structures of power and privilege. I am oppressed both as a woman and as a person of Asian descent. My body is constantly orientalized and hypersexualized by people who are more comfortable seeing me on television as a giggling, sexually repressed schoolgirl or whip-carrying dragon lady/tiger mom than they are with seeing me as an empowered individual with a dynamic history and voice.

This dismissive attitude toward Asian-Americans causes a dangerous rift in the ever-evolving journey toward true solidarity and the dismantling of racial and gender hierarchies. It's difficult, for instance, to feel like an ally when so many prominent feminists around me choose to praise and write about Orange Is the New Black for its portrayals of gender and race, but make almost no mention of the lazy, racist depiction of the lone Asian female character. Unlike the other characters in the series, Chang is given no substantial backstory or opportunity to redeem herself. She functions only as a vessel of cheap humor that draws from her awkward, accented English.

Similarly, it's hard to say I stand in solidarity with my feminist allies when feminists have railed against singer Chris Brown for his misogyny and violence, but have said very little about his incredibly racist song and music video, "Fine China." When Chris Brown releases a popular song that exoticizes Asian women, takes all the liberties in the world with "Asian culture," and perpetuates every racial trope that has ever existed in the Asian-American community, his actions should warrant further conversations about racism, appropriation and misogyny.

The idea of working "outside the binary" — not looking at race as a simple matter of black and white — has been hashed and rehashed within the social justice world, but we need to push for more than the occasional misguided ode to the "model minority" of "hard-working Asians." Roxane Gay is right: "We have a painful, infuriating history to reconcile — one where the concerns of heterosexual, able middle-class white women have too often been privileged at the expense of everyone else." But in our respective fights to be heard and empowered as women of color, we must be careful not to further stigmatize and marginalize other voices in our midst.

I am writing from the perspective of a college-educated, Korean-American woman who was privileged enough to be asked to join this conversation. Because I have felt excluded from discussions concerning women of color, I am certain that there are many other voices out there — Latina, Southeast Asian, Vietnamese, Native American — that also have felt left out, even under the all-welcoming label of "women of color." Joining Mikki Kendall's "endorsement of listening, of not always trying to be the leader, and instead handing the proverbial reins over to others" is the only way we will ever build a culture of true solidarity. Our efforts and agitation toward the dismantling of racial hierarchies make sense only when we include, legitimize and strengthen the voices of all women of color.