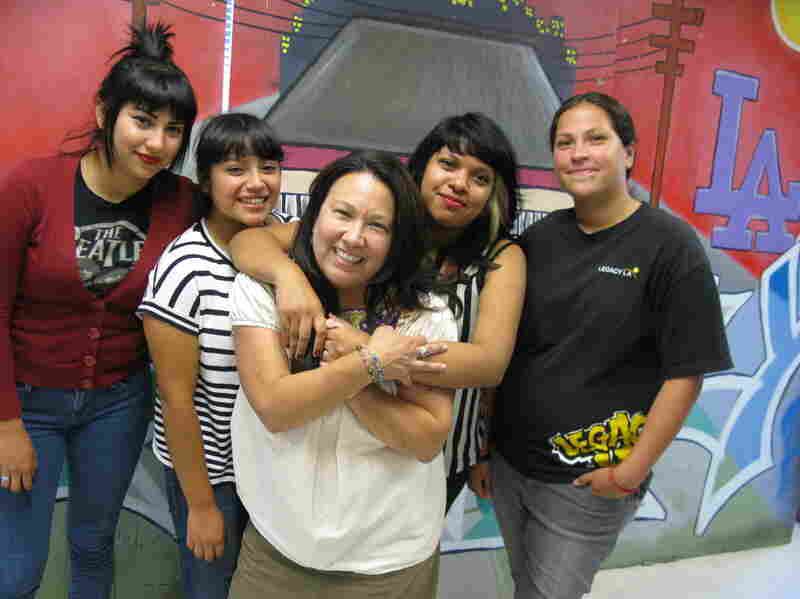 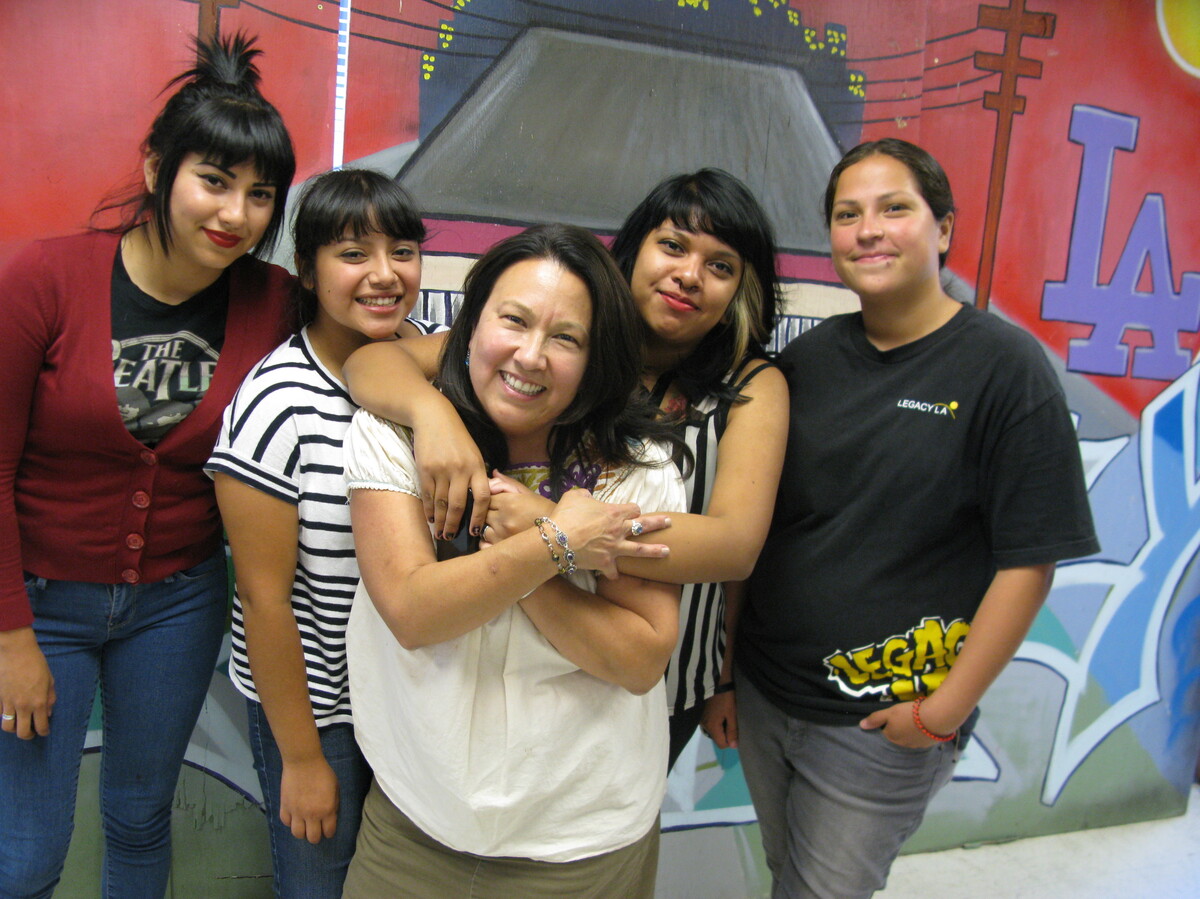 Evangeline Ordaz is no ordinary Hollywood show runner. When she's not teaching constitutional law or rehabbing historic buildings, she's writing for a racy soap opera about Latino teens in East Los Angeles. East Los High was a big summer success for the TV-on-demand website Hulu, and much of the credit for keeping the show real goes to its multitalented main writer.

Ordaz was born and bred in East Los Angeles — East Los, as it's known. She still lives there, and you can hear the neighborhood cadence in her voice.

"You know, I grew up saying things like, 'Oh, we're going to go down her house'; 'Al lay' instead of 'el lay' [LA]," she says from her home in Highland Park. "We elongate our vowels like crazy. So it's like, 'Brendaaa, com'ere!' It sounds like a whine to everybody else, but to us, it's just the way you talk."

Though she's tried to lose the intonation and lingo, Ordaz used it to great effect for the dialogue she wrote for East Los High. Check out this classroom fight scene:

"You're in my chair, skonka," says villain Vanessa to the new girl, Maya.

"Hello, you're in her seat," echoes fellow mean girl Ceci.

"Who are you, her pit bull?" Maya asks Ceci.

"Hey, I don't know what Pan Bimbo truck you fell out of, but you need to get out of her seat," says Ceci.

"Careful," adds Vanessa, "you might just lose one of those Sinaloa press-ons."

From the cheap press-on nails to the Spanglish word for skank ("skonka"), Ordaz nails the East Los references. She borrowed them from some of the local teens she mentors at Legacy LA, a youth development center. Nineteen-year-old Rebecca Hernandez and her friends schooled Ordaz in the latest street slang:

"For instance, instead of liar, we'll call somebody a Chuey," says Hernandez. "It's an old project story. This guy would lie a lot, and his name was Chuey. So we started calling everybody who lied a Chuey."

Ordaz managed to put the whole neighborhood near the Ramona Gardens housing project into East Los High. She persuaded the producers to shoot the high school scenes at Legacy LA and to hire hundreds of locals as extras. Some of them even worked with the lighting, makeup and wardrobe departments. Ordaz also brought in local street vendors to feed the cast and crew.

"It wasn't just like most filming, where you just kind of use the space and don't care about the people that live there," says Calanche. "Evangeline was our advocate. She made sure the crew was really sensitive to the needs of the youth. That never happens. And I think it's changing how Hollywood sees doing work in a community."

So many people got in on the act that there's now a new drinking game in East LA, says Ordaz. "The kids watch the show and every time they see somebody they know, they take a drink."

East Los High, with its messages about safe sex, was created by the Population Media Center NGO. The show's producer, Carlos Portugal, praised Ordaz for helping keep the show real. "She brought so much soul and spirit, and so much of what it's like to live there," he says. Co-writer Chris Franco says Ordaz's experience as a community organizer also helped in the production.

There are a lot of people who thank Ordaz for representing East LA, but she returns the appreciation. "I'm just stealing their stories," she says. "I'm putting them on paper and taking credit."

Ordaz grew up like many of the characters she writes about: poor, with Mexican immigrant parents. Her mother worked in factories, her father was an aircraft mechanic, and in high school, she helped out by cleaning houses. She was the first in her family to go to college, and she became a lawyer with a social justice mission.

"Yeah, I got out," she says, "but there's plenty of people still there who need help, and having a law background and being an attorney, it's a really good tool."

In the 1990s, Ordaz was a legal aid attorney. At night, she performed at poetry slams with a collective called "¿Y Que Mas?"

"We had a following," Ordaz notes. "I really started to realize that there's this need to lift up our community through words."

Ordaz morphed from attorney to playwright and married theater director Armando Molina. She wrote about her hippie-Mexicana family, about struggles along the U.S. Mexico border (A Visitor's Guide to Arivaca), even a comedy about a drag queen who gets married for a green card (Bordering on Love). A few years ago, Ordaz helped script the short-lived CBS police drama Eyes. She's now working on a theater piece for the Center Theater Group about changing demographics in Los Angeles.

In the Boyle Heights neighborhood, Ordaz checks in on the old Boyle Hotel, recently rehabbed by the East LA Community Corp., or ELAC, which she founded with her old poetry writing friends. It's next to a plaza where freelance mariachi musicians wait for work. ELAC transformed the dilapidated, historic hotel into affordable apartments and a space for the musicians to rehearse. Ordaz says the place was so bad that ELAC had to clear out layers of dead pigeons and chase off drug dealers.

"I had come from suing slumlords, and really in essence, when ELAC bought this building, they became a slumlord," she notes. "So we as soon as we bought the building, we tried as best we could to fix things for the people who were living here.

Ordaz channels her legal background to teach a constitutional law class at the Chicano studies department at California State University, Northridge. And when she's not writing, she still finds time to hang out with some of her favorite local teens.

Cruising through the streets with her 19-year-old friends, singing and joking, Evangleline Ordaz is still an East LA homegirl at heart. Por siempre, and por vida, she says, East Los forever.