Accessibility links
The Last Tweets From An American Jihadist In Somalia : Code Switch Omar Hammami was a bright Alabama kid who turned into a self-described terrorist in Somalia. In the months preceding Hammami's sudden death, journalist J.M. Berger struck up a conversation with him on Twitter. 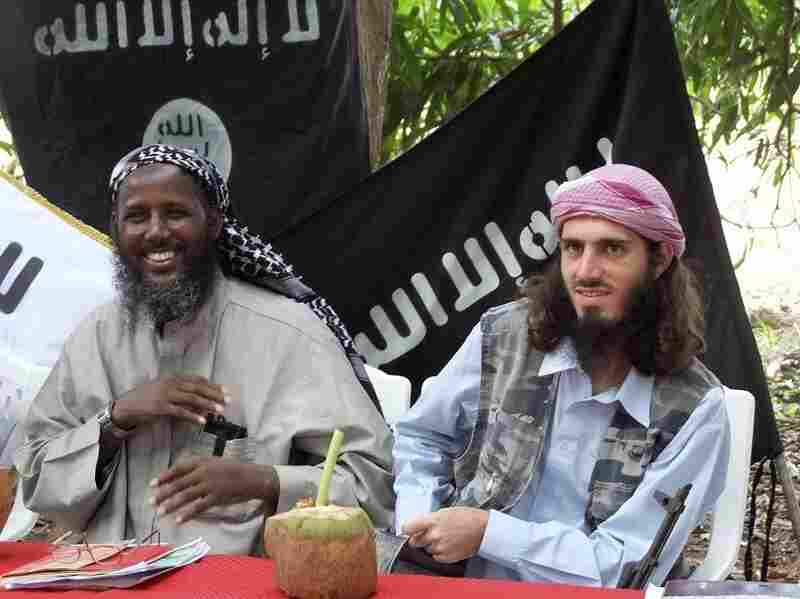 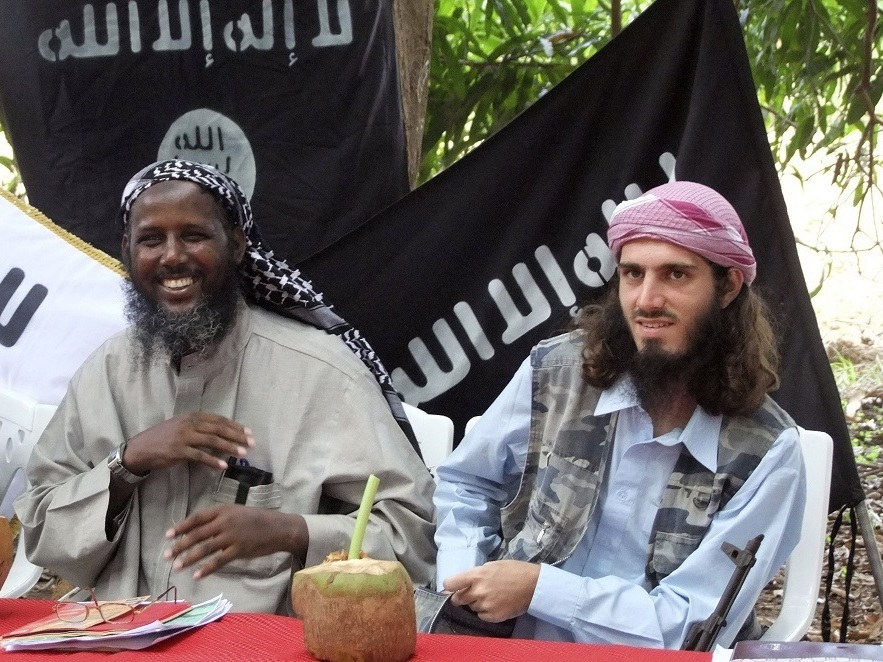 Omar Hammami grew up in the small of town of Daphne, Ala., but ended up in southern Somalia on the FBI's Most Wanted Terrorist list. Last week, Hammami was reportedly killed by members of al-Shabab, the al-Qaida-linked militant group, after a falling out with its leadership.

He was known for rapping in an al-Shabab propaganda video and was the subject of an extensive profile in The New York Times Magazine. He also went by the name of Abu Mansoor Al-Amriki, or "the American."

The story of how a young, charismatic kid from Alabama became a self-described terrorist has fascinated many people, including counterterrorism expert J.M. Berger, author of Jihad Joe: Americans Who Go to War in the Name of Islam.

Berger struck up a relationship with Hammami on Twitter, and wrote about it for Foreign Policy in a piece called "Omar and Me: My Strange, Frustrating Relationship with An American Terrorist." Weekend Edition Sunday's Rachel Martin talked to Berger about Hammami's death and their "strange kind of camaraderie."

On Hammami's conversion to Islam

Omar was a very popular young man. He grew up in Daphne, Alab. His father was a Syrian Muslim who was not very observant at the time that he was born, and his mother was a Christian of Irish descent. And basically he grew up in a fairly secular, Christian-leaning kind of environment and took an interest in his father's religion as he started to get older. He went from being a very popular kid — he had been class president and he was very bright, and very socially adept. And he went from that to being kind of an outcast, as he became very serious about Islam.

The more he got into it, he sort of approached it with the zealousness of a convert. Over the course of time, he drifted into a more and more militant reading of the religion and began to associate with people who had more militant readings. There wasn't any one dramatic moment for him where he suddenly became radical; it was more of a steady trip from being an enthusiastic convert to the religion to being somebody who felt that he had to take part in the idea of jihad as he understood it.

It was a pretty interesting process, getting to know his personality ... He was bright, and he was funny. We often don't give our enemies credit for being as human as they are. Certainly, there are jihadis and terrorists who have a sense of humor — sometimes a pretty dark one. Omar's sense of humor was unusual; it was goofy. He would make strange references to pop culture and he could be very childlike in one moment and childish in the next. And above all, he was just very much committed to the cause that he believed in, but also very enamored of his own role in events.

On why they talked

Having ongoing information about him was interesting to me professionally. Beyond that, when I started engaging with him in public, one thing that happened pretty quickly is we would get into sparring matches over his ideology — over the use of violence, over the use of terrorism as a tactic, over the goals of the movement and his perception of what the West wanted. And a lot of those exchanges I took part in part because I thought that this was an interesting place to go, in terms of countering violent extremism.

There's been a move in recent years from just fighting terrorism as a violent tactic, to, sort of, trying to get at the extremism — the beliefs — that underlie it. So, to some extent, there was an appeal to doing that, and doing it in public had a lot of side benefits.

In private conversations ... I started it because I had a professional interest and it became kind of routine. We often talk about the ways that social media is transforming the world and transforming extremism, and I think this is really a strong example. [It just became] part of my daily routine to check in with Omar, to check in with a terrorist with a professed love of al-Qaida in Somalia on the other side of the world.

His reaction to Hammami's death

Omar's situation in many ways was so self-inflicted that it was hard for me to sympathize with him properly. But I felt bad, because I was talking to somebody who was going to die eventually in the middle of one of our conversations, which is ultimately kind of what happened. And it's hard. When you talk to somebody on a routine basis, day after day, over the course of months, you develop a sense of them as a human being and not just as a subject of study.

So, you know, I felt bad for him. I was not sympathetic to the situation he had gotten himself into, but I thought that there was some value to be had in encouraging him to try and seek a deal. I would have liked to see the government aggressively offer him a deal, because we don't really have a mechanism for people to leave al-Qaida. If you join al-Qaida, you're kind of screwed for life, because you sign up and you can't come home again, basically, without facing the prospect of life in prison and being compelled to turn in all of your friends. We have no exit strategies for a guy like Omar, and I would like to see us put some attention into something like that.

About a week before he died, he ... put out one last tweet on his public "Abu M American" account, in which he just commented that he was still a terrorist, despite breaking with al-Shabab.

So, I contacted him privately ... and I asked him why: 'You've just said that you've broken with al-Shabab, you've broken with al-Qaida. Why insist on still being a terrorist? What meaning does that have for you? What does that accomplish for you that does any good?' And he deflected that. We talked a little bit. He said that he expected an attack soon, and that his martyrdom might be near. I asked him the question about why he called himself a terrorist again, and never responded to that. So, that was where we left it.

Reacting to his death

It's very difficult to find the right words for it. I think his death was a terrible waste of a young life ... I can't really say we were friends, because I don't spy on my friends in my spare time and I don't send information about my friends to the government, which, while I treated our conversations as being privileged, any other information I got on Omar through these other methods, I would share from time to time.

If he had been a real friend to me, and me to him, I would have told him to run. I would not have insisted that he turn himself in. I would have just said "Run." And I didn't say that, because I was afraid if he ran and escaped and started up somewhere else, that it would end in him taking part in a serious act of terrorism that would be difficult to live with. At the same time, though, our interactions were not nothing. He was a strange guy and there was a strange kind of camaraderie that we developed. So, it's a little strange to think that I won't be trading snarky tweets with him again.