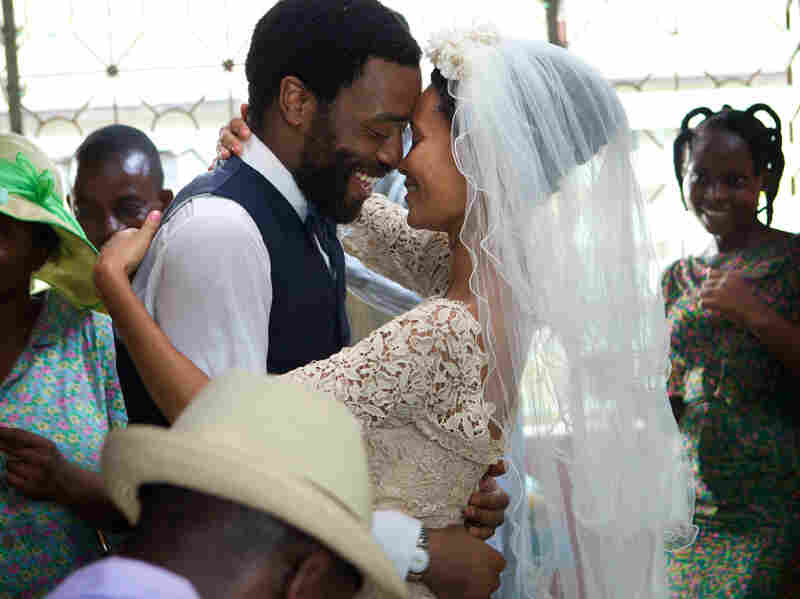 Chimamanda Ngozi Adichie's novel Half of a Yellow Sun, one of the films to premiere in Toronto this year, is part of a new wave of films with roots in Britain about the black experience. TIFF hide caption 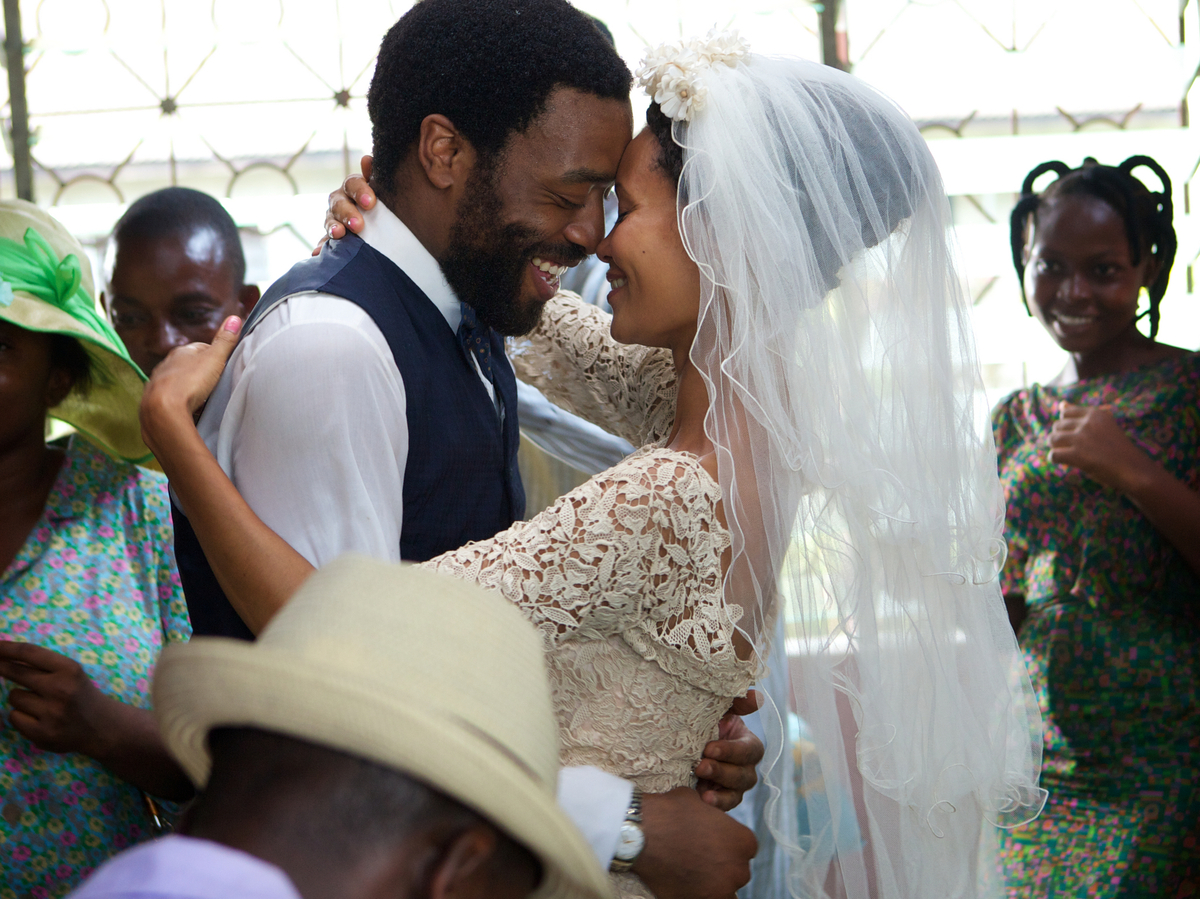 Chimamanda Ngozi Adichie's novel Half of a Yellow Sun, one of the films to premiere in Toronto this year, is part of a new wave of films with roots in Britain about the black experience.

Following the premiere of the film 12 Years A Slave at the Toronto International Film Festival, reporter Johanna Schneller of The Globe and Mail asked British director Steve McQueen, "Can we talk about race in North America? Are we all too careful, are we all too fearful?" McQueen bristled in response: "I don't know what kind of conversation you're talking about."

12 Years A Slave is McQueen's upcoming portrait of American slavery that opens on Oct. 18. It follows the story of Solomon Northup, a free black man from Saratoga Springs, N.Y., who was kidnapped and sold into slavery. Critics at Toronto immediately hailed the film as a landmark achievement — "necessary and essential," the Schindler's List of slavery films. The film is brutal, unflinching and unsentimental in its portrait of a theme that remains deeply charged for an American audience. But McQueen, who is black and has previously spoken out about Hollywood's deficit of black filmmakers, said his film is about more than America's history with race. "Of course it is about race, but at the same time it goes beyond the boundaries of that ... in a way that life always does. We always want to put ourselves into boxes or put sort of frames around things. But actually most of the time things break out of those frames," he said.

McQueen's film was one of several international productions with black British actors front and center to premiere at Toronto. Idris Elba came to the festival with co-star Naomie Harris to premiere Mandela: Long Walk to Freedom.

Chiwetel Ejiofor, who also appears in 12 Years A Slave, accompanied Thandie Newton for the premiere of their film adaptation of Chimamanda Ngozi Adichie's novel Half of a Yellow Sun.

But instead of seeing these films as a banner of new black filmmaking, "absolutely none of these movies are about race," Newton said, despite their predominantly black casts.

Gary Younge, who covers America for the British newspaper The Guardian, says the unwillingness of black Britons to have themselves and their work categorized by race is a reflection of a fundamentally different historical experience. "There is a demand sometimes when black Britons come to the U.S. to speak a different language of race, a language that they were not raised with, that they are not necessarily fluent in — and that they may not also respect and that by and large, people will resist and say well, I don't want to use those words and I don't want to talk in that way."

Unlike the defining chapters of African-American history — enslavement, emancipation, the great migration to the North, and the civil rights movement — the black British experience carries with it an immigrant sensibility. It's a community with roots and intact links to Britain's former colonies. Younge says: "We are fewer in number. We have been in Britain less long. Our civil rights movement took place abroad, in India, Jamaica, Nigeria and elsewhere. I grew up with a map of Barbados on the wall, with a flag of Barbados on the door and I was 17 before I would admit that I was British."

Ejiofor grew up shuttling between Nigeria and London. Newton says her mother "literally grew up in Zimbabwe." But as filmmakers with international aspirations, America remains the promised land. Younge says that "America is still where the money is, so if you want to make films — which cost a lot of money — then chances are you are going to end up in America for some time." And even though coming to America can mean being classified as "black actors," it can also allow for a kind of freedom and critical distance when addressing uncomfortable truths.

Early in her Hollywood career, Newton played Sally Hemings in the film Jefferson in Paris and then took the role of the daughter of a slave in the big-screen adaptation of Toni Morrison's novel Beloved. "One of the reasons why I had a perspective that freed me up to play the role of a slave without a very powerful sense of betrayal and the baggage of that was because it wasn't in my history," she says. "I saw it from a completely sort of fresh perspective."

Adichie, the Nigerian novelist and winner of a MacArthur Fellowship, was at Toronto for the premiere of the screen adaptation of Half of a Yellow Sun. Her latest novel, Americanah, explores a Nigerian woman's journey to understanding the American contours of race. Adichie says if there's one thing she's learned crisscrossing among Africa, London and America, it's that to address these issues, you have to be willing to be uncomfortable:

"People are so uncertain about how to deal with it because on the one hand it's a very good thing that America is a country that tries to nurture the idea of being inclusive, being sensitive, that sort of thing, but then you wonder at what point does it clash with the idea of being truthful?"

When I asked director McQueen if he felt any responsibility to engage in the American conversations that will inevitably emerge from 12 Years a Slave he said, "I don't have to. I'm a filmmaker. My responsibility is to the film and that's it."

A previous version of this story misspelled Solomon Northup's surname.