Accessibility links
A Rapid Shift For Jews Away From Religion, But Not Jewishness : Code Switch A new survey by the Pew Center found that a growing number of Jews identify as nonreligious and are marrying non-Jews. And despite the shift in religious affiliation, the vast majority say they are proud to be Jewish. 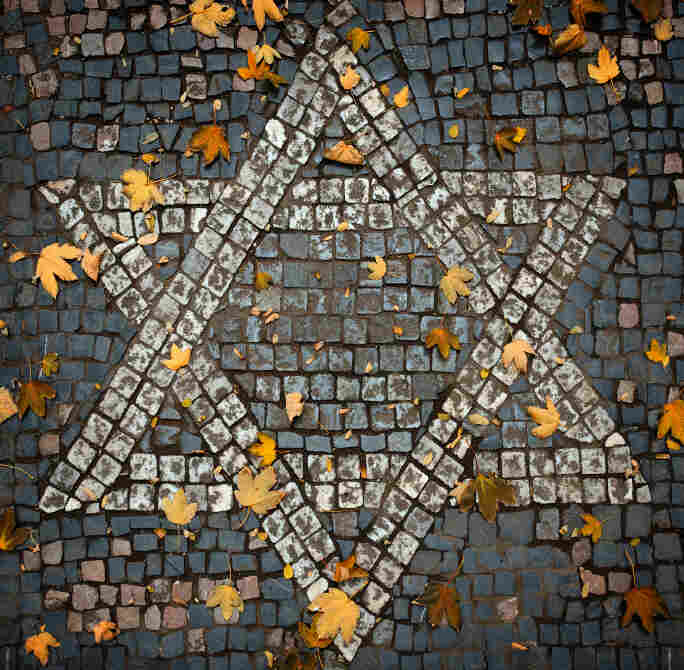 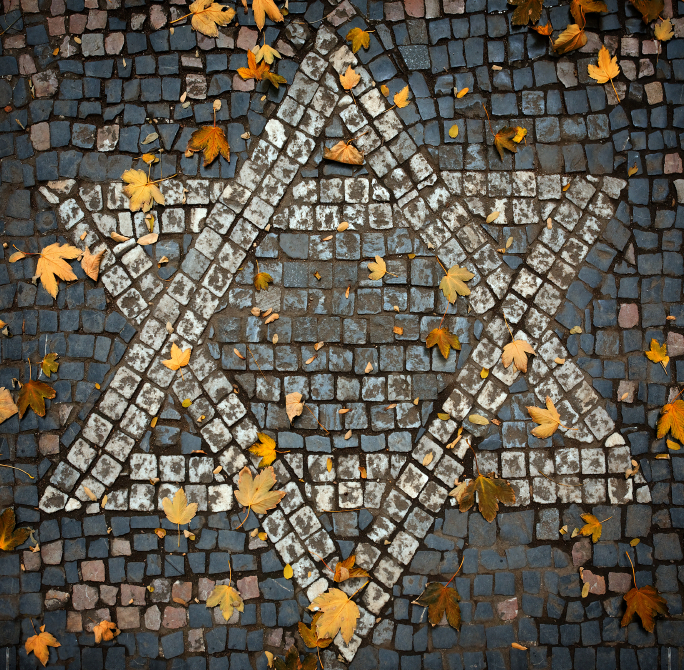 A big survey by the Pew Center is out today on Jewish life in America, and it shows a stark shift away from religious belief and toward cultural identification.

Nine in 10 American Jews born before World War II identify themselves as Jewish by religion, but nearly a third of Jewish millennials — that is, people born after 1980 — identify as having no religion at all.

And just as starkly (and perhaps relatedly), the rate of Jews marrying outside the faith has been steadily on the uptick. Among Jews who married before 1971, only about 17 percent were married to non-Jews. But for those who married after 2000, 60 percent married people who weren't Jewish.

The study found that 80 percent of Jews who married outside the faith considered themselves not to be religious. And nearly two-thirds of that group were not raising their kids as either religiously or culturally Jewish. That shift echoes a broader move by Americans away from claiming membership to a religious faith.

The researchers couldn't tell what was cause and what was effect: Were Jews identifying as less religious because they were marrying out or vice versa?

In some ways, the association seems to be circular or reinforcing, especially when child rearing is added into the picture. Married Jews of no religion are much more likely than married Jews by religion to have non-Jewish spouses. Jews who have non-Jewish spouses are much less likely than those married to fellow Jews to be raising children as Jewish by religion and much more likely to be raising children as partially Jewish, Jewish but not by religion, or not Jewish at all. Furthermore, Jews who are the offspring of intermarriages appear, themselves, to be more likely to intermarry than Jews with two Jewish parents.

But that move away from religion shouldn't be construed with not wanting to be Jewish — indeed, 94 percent of the people Pew surveyed said they were proud to be Jewish.

Interestingly, nearly 70 percent of all those interviewed, whether they identified as religious or not, said they participated in a Passover Seder in the past year, and more than half said they fasted during Yom Kippur.

The survey also suggested that Orthodox Jews were poised to become a bigger share of the Jewish population. While the Orthodox make up the smallest of the three major denominational movements, the researchers said that the Orthodox were generally younger and had many more children than those who were not. And while Orthodox groups used to have a hard time holding on to younger people as they aged, that attrition rate is dropping, and it's dropping especially among younger people.

The researchers cast a wide net to figure out who might be a Jew — a fascinating, nettlesome question as old as Judaism itself.

"Is an adult who has Jewish parents but who considers herself an atheist nevertheless Jewish, by virtue of her lineage?" they asked. "What about someone who has Jewish parents and has converted to Christianity? Or someone who has no known Jewish ancestry but is married to a Jew and has come to think of himself as Jewish, though he has not formally converted to Judaism?"

Respondents said that Jewishness was both about history and about the way folks orient themselves around certain ideals. Just over half said that they knew the Hebrew alphabet, but only around 13 percent say they read or understand most Hebrew words when they read the language. Large majorities thought that remembering the Holocaust and living ethically were central to their sense of Jewishness.

More than 4 in 10 said that concern for Israel was central to being Jewish.

Four in 10 also told researchers that a sense of humor was an integral part of Jewish culture.