Accessibility links
How Far Is It To The 'Boondocks'? Try The Philippines : Code Switch For more than half a century, Americans have used "the boondocks" or "the boonies" to refer to a place in the middle of nowhere. But few people know that the phrase is a relic of American military occupation in the Philippines that was brought into the mainstream by a fatal training accident. 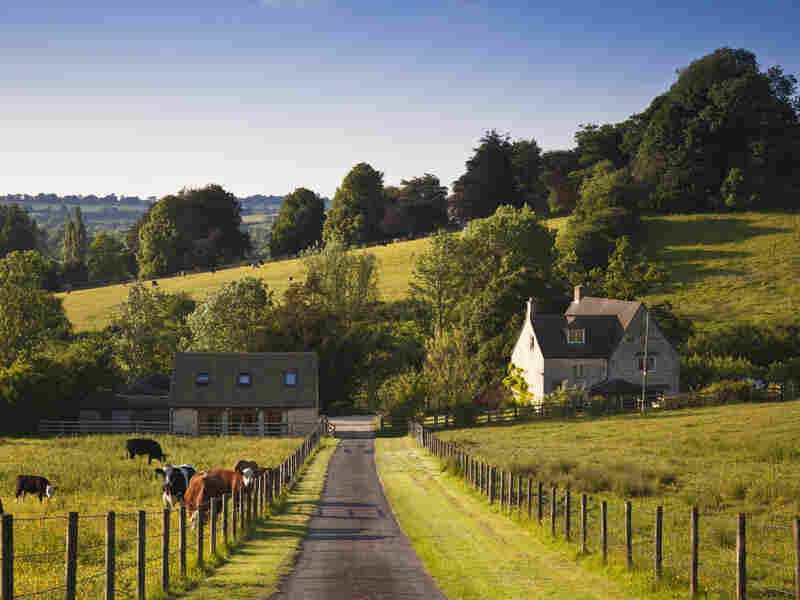 The "boondocks" or "boonies" refers to places that are in the middle of nowhere. But few people know that the phrase was made mainstream by a fatal military training accident. iStockphoto.com hide caption

"Ugh, I have to visit my aunt out in the boondocks this weekend."

How often have you said or heard something similar? For more than half a century, Americans have used the phrase "the boondocks" or "the boonies" to indicate that a place was in the middle of nowhere. However, few people realize that the phrase is a relic of American military occupation in the Philippines, and that it was later brought to mainstream attention because of a now largely forgotten, fatal training accident on Parris Island.

First, some history: The 1890s were a troubled time for the Philippines and marked by several conflicts, and the 1896 Philippine Revolution marked the start of the country's fight for independence from Spain. The United States would go on to acquire the Philippines from Spain in 1898 following the signing of the Treaty of Paris, which ended the Spanish-American War. The Philippine-American War immediately followed a year later and would continue until 1902.

According to the Oxford English Dictionary, the phrase "the boondocks" is derived from the Tagalog word bundok, which means mountain. (Tagalog is one of the two official languages of the Philippines; the other is English.) American soldiers stationed in the Philippines adopted the word in the early 1900s, shifting the meaning to refer to "an isolated or wild region."

Some might wonder why soldiers picked up on the Tagalog word for mountain, rather than another term. The Philippine-American War was a brutal conflict, resulting in the deaths of more than 4,200 American soldiers and over 20,000 Filipino fighters. The Filipino combatants, led by Emilio Aguinaldo, adopted guerrilla warfare tactics in late 1899 after more traditional warfare tactics proved ineffective to them. The combatants would retreat into the jungles and mountains after the surprise attacks. (The U.S. Department of State's Office of the Historian notes that American soldiers would burn entire villages down, torture suspected militants and force civilians to live in camps.)

But while the phrase would occasionally appear in newspaper coverage of the military in the early 1950s, it wasn't until the aftermath of the events of April 8, 1956, that the average American heard of "the boondocks." That night, Staff Sgt. Matthew McKeon roused his platoon and ordered the men to march to Ribbon Creek on Parris Island, in South Carolina. The sergeant then jumped into the creek and ordered the recruits to follow, forcing them to march across the creek with him. Chaos soon followed when many of the recruits were swept away. Six of the young Marines drowned.

The Ribbon Creek drownings created a media firestorm and a national conversation about how Marines were trained. Several newspapers and magazines covered every detail of McKeon's subsequent court-martial and trial. McKeon was charged with manslaughter, cruelty and drinking in violation of regulations. The word "boondocks" was frequently used in the coverage of the incident, with newspapers noting that McKeon led his platoon "out into the boondocks and eventually into tragedy."

Recruit Richard W. Asker, who was 17 at the time, gave this description of what happened: "[T]he instructor said we were going out in the boondocks. We thought he was kidding, because we were all laughing. Then he told us to fall out."

Defended by the civilian lawyer Emile Zola Berman (who in 1969 would join Sirhan Sirhan's defense team), McKeon would eventually be acquitted of the manslaughter and oppression-of-troops charges and was found guilty of negligent homicide and drinking on duty. He was originally fined $270, reduced in rank to private, sentenced to nine months of hard labor and given a bad conduct discharge. These charges were later reduced to three months of hard labor and no fine, and he was allowed to remain in the Marine Corps. McKeon died in 2003 at the age of 79.

Given the emotionally charged associations that many people had with "the boondocks" in the 1950s because of Ribbon Creek, it is surprising how quickly the public associations with the word began to shift. A little less than a decade after the Ribbon Creek tragedy, singer Billy Joe Royal reached No. 9 on the Billboard charts in 1965 with his song "Down in the Boondocks," the lyrics of which detail the story of a young man who strives "to find a way, to move from this old shack." Royal's song reflects the rural American associations most people have with the term to this day.

Perhaps the most famous pop culture reference to the boondocks was the comic strip created by Aaron McGruder in 1996. The strip followed the stories of two young boys who leave the South Side of Chicago to live with their grandfather in a sleepy and predominantly white suburb in Maryland. The comic was adapted into an animated television series in 2005.

More than half a century after the Ribbon Creek incident, the definition of "the boondocks" had completely shifted from its military-based meaning to one that embraced the American heartland. Perhaps nothing reflects how the boondocks is now equated to rural America better than the lyrics of the country group Little Big Town's 2005 song "Boondocks":