Accessibility links
Asian-Americans To Evangelicals: We're Not Your Punch Line : Code Switch A joking Facebook post by Saddleback Church's Rick Warren was the catalyst for a pointed letter from some 700 evangelical Asian-Americans.

Asian-Americans To Evangelicals: We're Not Your Punch Line

Asian-Americans To Evangelicals: We're Not Your Punch Line 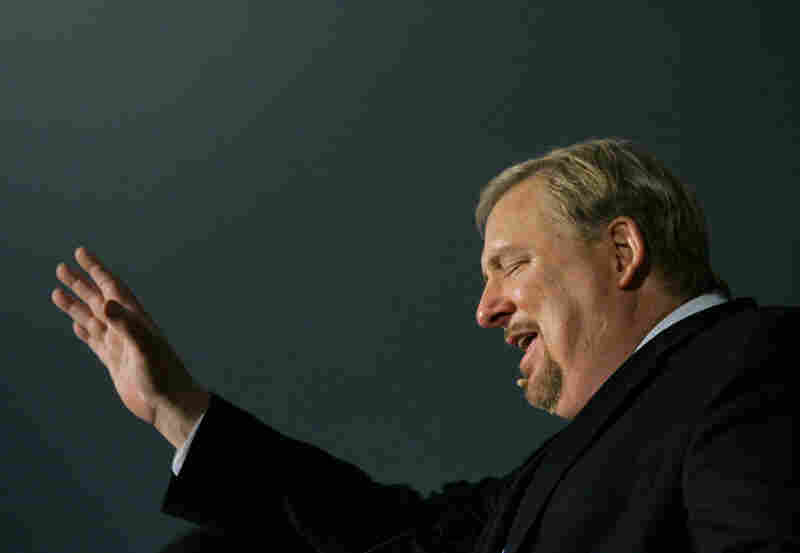 A joking Facebook post by Saddleback Church's Rick Warren was the catalyst for a pointed letter from some 700 evangelical Asian-Americans. Donna McWilliam/AP hide caption 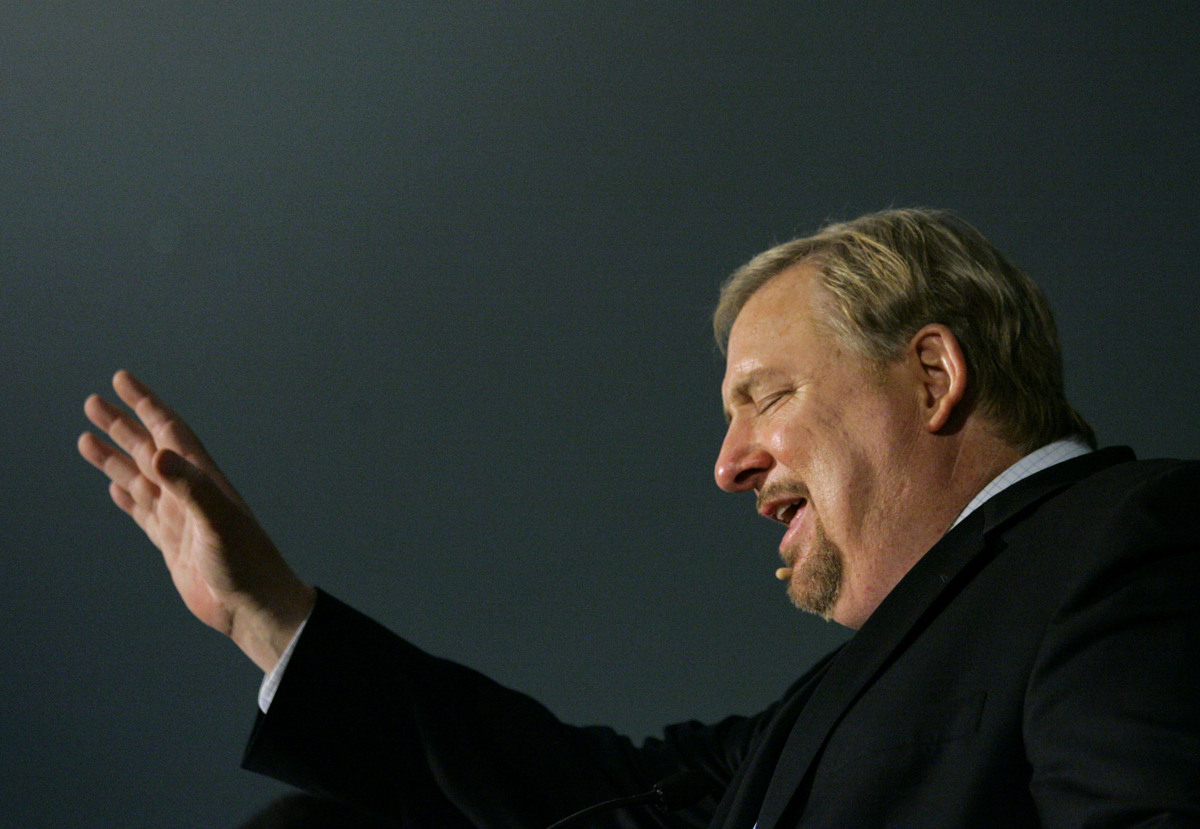 A joking Facebook post by Saddleback Church's Rick Warren was the catalyst for a pointed letter from some 700 evangelical Asian-Americans.

"We the undersigned, are distressed about the continuing divide that persists in the North American evangelical church in the area of racial harmony."

That's the first line of a four-page open letter to American Evangelicals ("On Cultural Insensitivity and Reconciliation in the Church") from a coalition called Asian American Christians United. The letter was released earlier this week.

The roughly 700 signatories are a who's who in Asian-American Christian circles: a seminary head, several professors of religion, dozens of pastors, even a few popular bloggers. It was drafted after a few weeks of painful missteps by one of the evangelical community's most prominent members.

Rick Warren is the author of The Purpose-Driven Life: What On Earth Am I Here For?, which stayed on the best-seller list for years. He's also a pastor of the Orange County-based Saddleback Church. Saddleback is considered a crown jewel in the American evangelical diadem and Warren is one of the country's most visible evangelical pastors.

(The first McCain-Obama debate in 2008 was held at Saddleback — a prestigious precedent-breaker, since no modern presidential forum had ever been held in a church.)

Warren has spearheaded outreach to multiple ethnic groups and invited them to join him in the cause of Christ. And he's opening myriad Saddlebacks abroad, to spread the Gospel to what he calls a dozen "Gateway Cities" on several continents.

Pastor Warren returned from opening the church's Hong Kong campus last month. Soon after, he posted a photo of a Red Guard, the young Communist cadres that policed their communities during Mao Zedong's Cultural Revolution. The poster showed a smiling, rosy-cheeked young woman in the drab gray uniform the Red Guard typically wore.

His post (since taken down) said "The typical attitude of Saddleback Staff as they start work each day."

Although the Saddleback pastor said he intended the photo to be a joke, many Asian-American evangelicals were not amused. Many come from Chinese immigrant families, some of which suffered greatly during Mao's Great Leap Forward and the Cultural Revolution that followed. (More than 15 million people are estimated to have died during that Great Leap, from "discipline" administered by the Red Army and from outright starvation, the product of nonsensical agricultural practices that, literally, bore no fruit. Hundreds of thousands more perished during the Cultural Revolution, as Mao's young followers adhered to his instructions to eradicate the taint of Western culture and values that were anathema to Chinese Communism.)

The Joke That Launched A Letter

Warren's initial response on his Facebook page was to tell readers that sometimes people on the Internet didn't get irony: "It's a joke people! If you take this seriously, you really shouldn't be following me!" That, in turn, was followed by what many consider to be a pro forma apology.

But a few weeks later, Warren spoke at a conference that featured a video in which a white pastor talked in a fake Asian accent, and engaged in goofy Karate with another character, replete with bows, and tinny "Asian" music.

That was too much for many Asian-American Christians. Hence, the letter.

"Over the past decade," it pointed out, "Christian evangelicalism has been the source of repeated and offensive racial stereotyping, and Asian Americans have been inordinately affected... Asians have been caricatured, mocked or otherwise treated as foreigners outside the typical accepted realm of white [evangelicals]. And the situation has not improved over time."

In fact, the letter cites about a half-dozen offenses in recent years. And it points out these are only the incidents that have been highlighted by the media. For every one of those, the writers believe, there may be myriad others that never capture the public's attention.

Some of the letter's signatories were as (or perhaps more) disturbed by the reactions they encountered when they expressed offense.

"Get A Sense Of Humor"

Kathy Khang, a minister and the author of More Than Serving Tea: Asian American Women on Expectations, Relationships, Leadership and Faith, wrote to Warren, saying his apology was about as offensive as the initial mistake. Khang asked Warren to "please reconsider your comments that essentially told many of your brothers and sisters in Christ to get over it, to get a sense of humor, to lighten up, etc....because you don't get to tell me to laugh about the Communist Red Guard, because it isn't funny."

"If you were hurt, upset, offended or distressed by my insensitivity I am truly sorry," he wrote. "May God richly bless you."

The point of the letter, according to many of the people who signed it, is to begin a much-needed, long-delayed dialogue within the evangelical church. And to acknowledge that although they are all one Christian family, Asian-American evangelicals are feeling a lot like unloved step-children at the moment.

An earlier version of this post neglected to mention the Cultural Revolution as a discrete movement in the People's Republic of China that caused great suffering.