Accessibility links
Football Player Boycott At Grambling Highlights Budget Woes : Code Switch A boycott by student-athletes on the storied but struggling Grambling State football team has had consequences for other schools, including Jackson State, which is now suing over millions in lost revenue from a canceled game between the two teams. 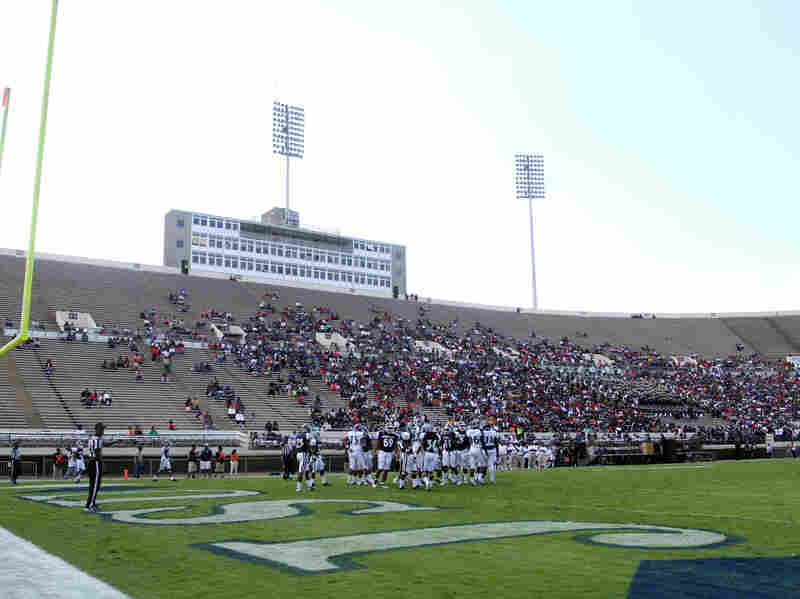 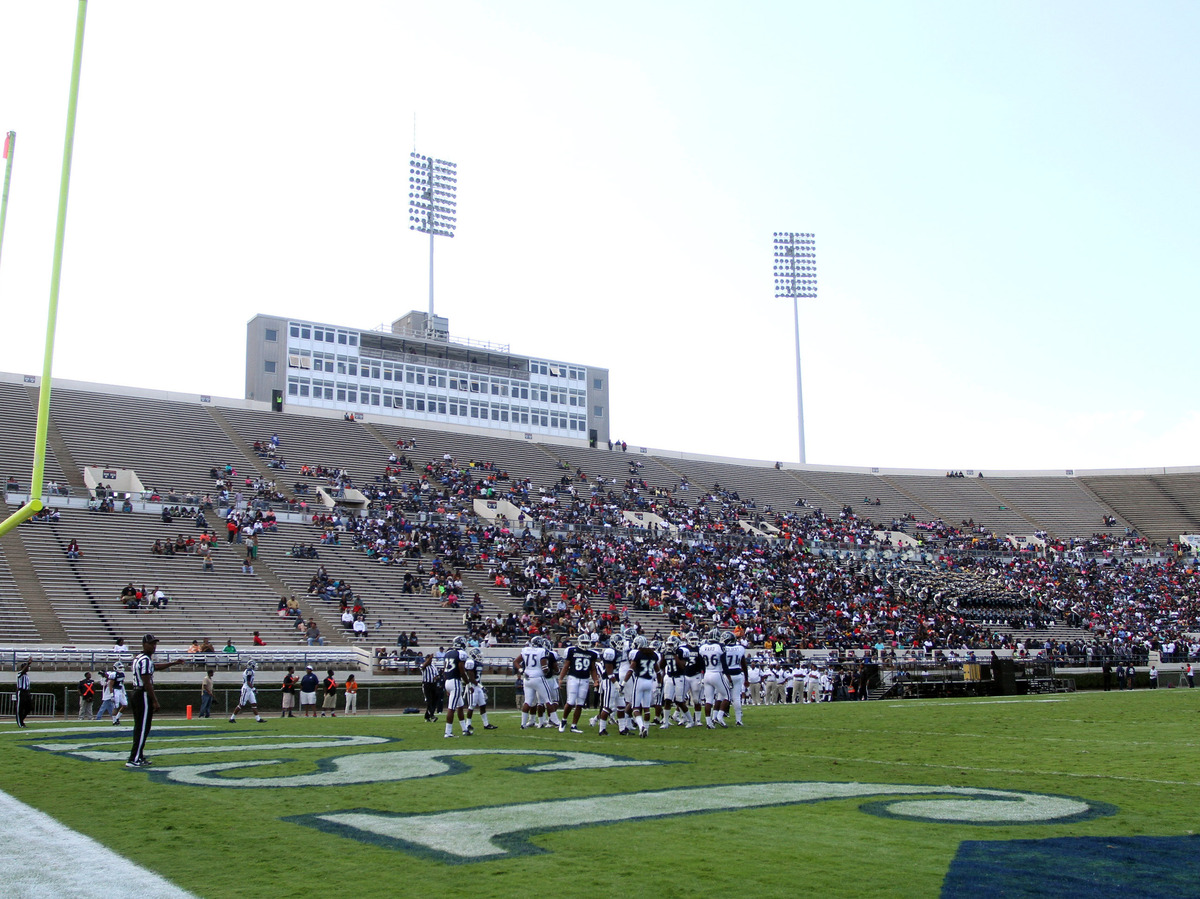 If you're not a big college football fan, you may have missed the story of an unprecedented player revolt.

The players at Grambling State University, a historically black university in Louisiana, were angry about a bunch of things. Their beloved coach, the former NFL quarterback Doug Williams, was sacked without explanation by the administration, and the team said that the practice facilities were in such shoddy condition that players routinely got staph infections. The players protested by refusing to practice or to travel to conference rival Jackson State University, a historically black university in Mississippi, to play a scheduled game. That game was forfeited.

On Tuesday, Grambling's players said they felt that progress had been made on addressing their concerns, ended their boycott and resumed practicing for the team, which remains winless at 0-8 on the season.

But that player boycott was hardly the end of the story. The game the Tigers forfeited happened to be Jackson State's homecoming game, and the university said that canceling it cost Jackson State and the city of Jackson millions of dollars in revenue. Jackson State has had to refund tickets, which it said were sold up until the night before the game because Grambling officials had assured Jackson State that players would show. Now Jackson State said it's going to sue Grambling and "others."

"The JSU family was damaged. Our homecoming game draws tens of thousands of fans. The university intends to use litigation to be made whole for our direct and indirect financial losses," Eric Stringfellow, a Jackson State spokesman, said. "We have a fiduciary responsibility to Mississippi taxpayers and the JSU community to mitigate our ongoing and substantial losses. Jackson State plans to pursue litigation against Grambling State and others."

It's hard to tell who the "others" might be, but the move by the Grambling players has unleashed some larger questions about college sports. Coming not long after several former athletes sued the NCAA and others because their likenesses were used in licensed products like video games — players are unpaid — the Grambling State revolt might be remembered as a pivotal moment in how student-athletes organize.

"No one has to wonder anymore," Ramogi Huma, who runs an advocacy group for college athletes, told New York Times sports columnist Bill Rhoden. "The powers that be in the N.C.A.A. are taking notice because their worst fear has just happened, at Grambling State."

Grambling State's yearly football budget is around $2 million, according to USA Today. Its endowment is only $4.5 million. ESPN's Gene Wojciechowski wondered aloud if it wasn't time for Grambling State to scuttle its storied football program:

"Grambling wasn't founded because of football. Football was founded because of Grambling. But its players have exposed a financial truth that can't be ignored: Grambling lacks significant television revenue, ticket revenue and alumni/booster revenue. Its financial model doesn't work. That's why the weight room floor is an embarrassment. And why there is mold on shoulder pads. And why the coaching staff is low on numbers."

But the issues that spurred the players' complaints at Grambling weren't just due to a lack of TV dollars or ticket sales. They're more directly a result of budget shortfalls. And they're emblematic of what's happening at many state-funded HBCUs, which we've been writing about a lot lately. Jackson State's decision to sue Grambling over the forfeit may seem overly harsh, but it, too, finds itself in a financial bind for many of the same reasons.

Alvin Hollins Jr., who was the spokesman for the sports programs at Florida A&M University for decades, told Slate's "Hang Up & Listen" podcast this week that small college football programs like those at Grambling and Jackson State help cover the costs for other sports and academic programs at their institutions, which regularly face budget cuts by their states.

"Louisiana has really slashed higher and secondary education over the last five years — from $31 million to $13 million," he said. "Many of these schools are laying off faculty, closing down academic programs, and yet you're still trying to maintain an athletic program, which outside of football and basketball isn't generating any revenue."

Rollins said that football teams at historically black colleges are often pressed to take "guarantee games" — away contests against football powerhouses where they'll almost certainly be demolished — because those games come with substantial cash payouts from the bigger schools. "If you saw a few weeks back, Florida A&M lost 76-0 to Ohio State, Savannah State got 77 hung on them by Miami ... schools are getting to the point where they have to play these bigger schools to float their budget."

(In case you were wondering, Florida A&M received $900,000 and Savannah State got $375,000 for the honor of being glorified tackling dummies.)

The boycott by Grambling's players and the shock waves it sent has seemed to bring fresh attention to the economic woes at the university, and state officials said that alumni and private donors have pledged more financial support.

"We are hopeful that some additional private money from those who care about the plights of Grambling will come in to help us with some of the issues," Lisa Woodley, the president of Louisiana's state university system, told ESPN.