Accessibility links
Here's The Funny Thing About Black Women On 'SNL' : Code Switch The late-night sketch comedy show is coming under new criticism. Should Saturday Night Live include more black, female comedians because it's the "right thing to do?"

Why The Dearth Of Black Commediennes In 'SNL' Cast?

Listen
Here's The Funny Thing About Black Women On 'SNL'

Here's The Funny Thing About Black Women On 'SNL' 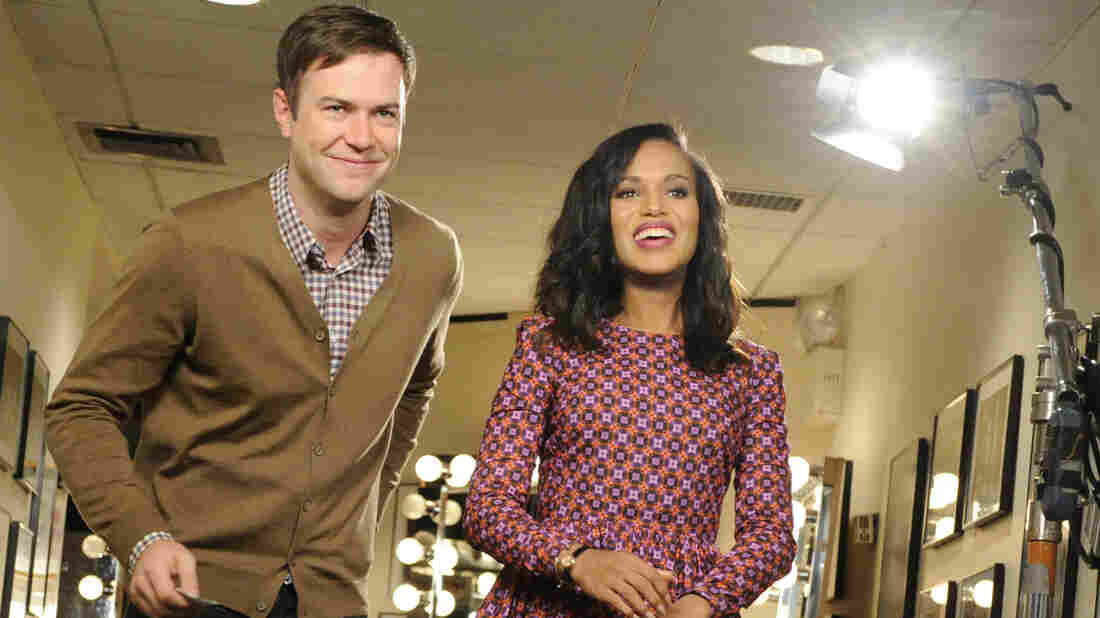 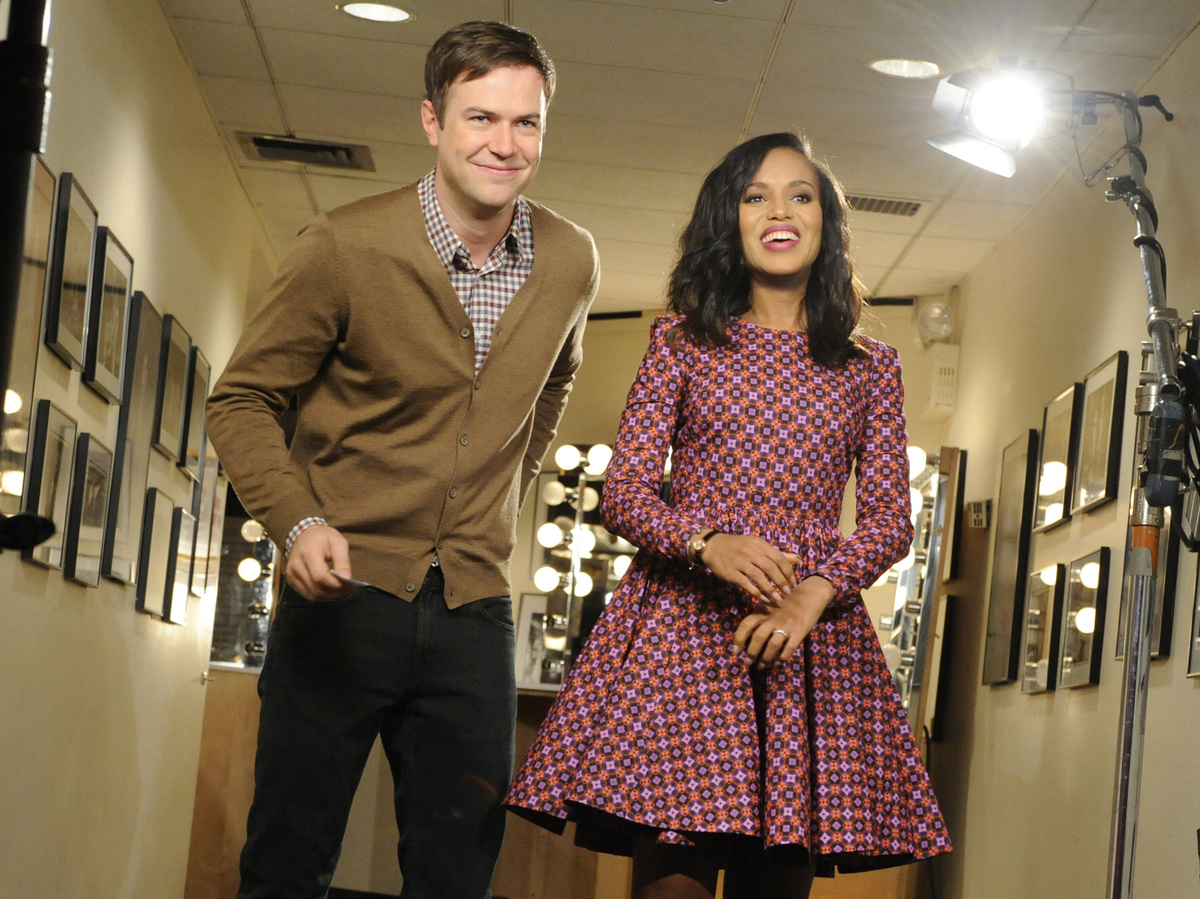 Why should Saturday Night Live care that there are no black women in its cast of comedians?

That question has percolated through my Twitter feeds and Facebook pages over the past few days, thanks to some questions I asked on social media before talking over the issue Friday with Robert Siegel on All Things Considered. And it's an understandable reaction.

Why The Dearth Of Black Commediennes In 'SNL' Cast?

The issue surfaced — again — because Kerry Washington, star of ABC's hit drama Scandal, is hosting Saturday Night Live on Saturday. As one of the few African-American women to star in a successful network TV series, Washington has spent the last few years breaking all kinds of race-based boundaries in Hollywood.

But her presence on SNL tonight will also highlight what the show's lacking when she — or someone like her — isn't center stage.

Lots of SNL fans, wary of notions that something subjective as comedy can be yoked to a racial quota system, are pushing back. They ask, bluntly, why should we care?

My answer is pretty simple: Because it will make the show better.

I'm, um, experienced enough to remember when Eddie Murphy lit up SNL's stage in the early 1980s, pretty much taking over the show with humor rooted in the heart of what made black America laugh.

Murphy's bits were classic: sidesplitting imitations of James Brown; a ghetto-centered take on Mister Rogers; a jailhouse poet who only wanted to 'C-I-L-L" his landlord; musings on what life is like for white people when black people aren't around (hint: it included free bus rides with champagne and confetti).

It was a fresh blast of funny for a show which desperately needed to feel relevant again. And as a young, black comedy nerd who soaked up all things hilarious anywhere on TV, I began turning to SNL regularly, waiting for its young, black wunderkind to turn my generation's sensibilities into classic sketches.

Tina Fey notched similar achievements for women when she took over as the show's head writer and ascended to the "Weekend Update" anchor desk in 2000.

So why doesn't SNL see the value in cultivating one cast member with a perspective it doesn't already have in spades? Why did the show hire six new people this season and wind up with five white guys and a woman who — despite a heritage which includes Tunisian and Latina roots — has seemingly played just white characters onscreen?

Why hasn't it tried to find a Latino comedy voice since Horatio Sanz left the show back in 2006?

It's true that talented performers can and should be allowed to play characters of different ethnicities and cultures. But there's a long history in American entertainment of locking out talented performers of color by letting white entertainers play racial and ethnic minorities. In the 21st century, it would be nice to see a sketch comedy show with 16 cast members find a way to allow a Latino or black performer to play such characters, at least occasionally.

Thompson added that one reason the show doesn't have a black female cast member is that "in auditions, they just never find ones that are ready."

That line, which sounded suspiciously like blaming the performers for the show's lack of diversity instead of its producers, rocketed across blogs, newspapers columns and social media a few weeks ago.

Given that the show has had only four black women among its cast in 38 years, it also sounds like he's cutting his employer a little too much slack.

Bringing diversity to corners of life where it doesn't come naturally is often hard, requiring specific effort and sustained work. In other words, it's time executive producer Lorne Michaels and company made a mission of bringing a black woman into the fold.

If there's resistance here, I suspect it's because this issue has mostly been talked about in altruistic terms, arguing that diversity is simply the right thing to do.

For example, not having black women in the cast means black women are mostly absent from SNL's impact on America's cultural conversation. No other cast member has played Michelle Obama since Rudolph — the biracial daughter of R&B star Minnie Riperton — left the program in 2007. Doesn't the first lady deserve to be represented in White House sketches?

And alums from the show — including Murphy, Wiig, Adam Sandler, Will Ferrell, Chris Rock, Dan Aykroyd, Chevy Chase and Mike Myers — have been some of the most popular comedy film stars of the last three decades.

All of that stuff mostly explains why critics like me care about seeing a talented black woman on SNL. We know it can make a difference to the culture in ways many of us can't even predict; teaching a new generation of viewers that, yes, humor with impact can come from a woman who looks more like Kerry Washington than Tina Fey.

But there's only one reason why Michaels and his crew should care: If they do it right, it could put the show's finger right back on the pulse of what's happening now in American culture.

I wonder why that argument isn't enough?