Accessibility links
New Mayor Asks Compton: What Can Brown Do For You? : Code Switch Aja Brown made history in the city this past summer when she became the youngest mayor to ever be elected there. She has strong family roots in the place made famous by "gangsta rap," and a long list of ambitious reforms for the long-struggling city south of L.A. 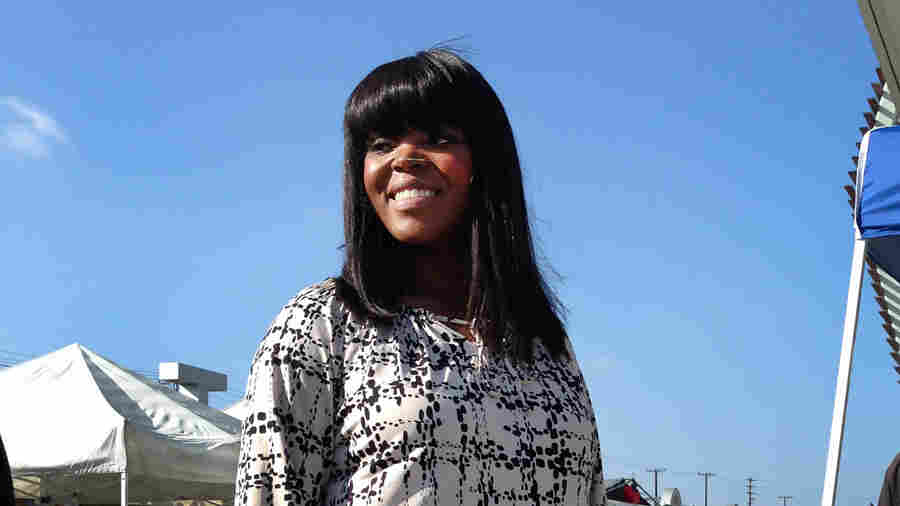 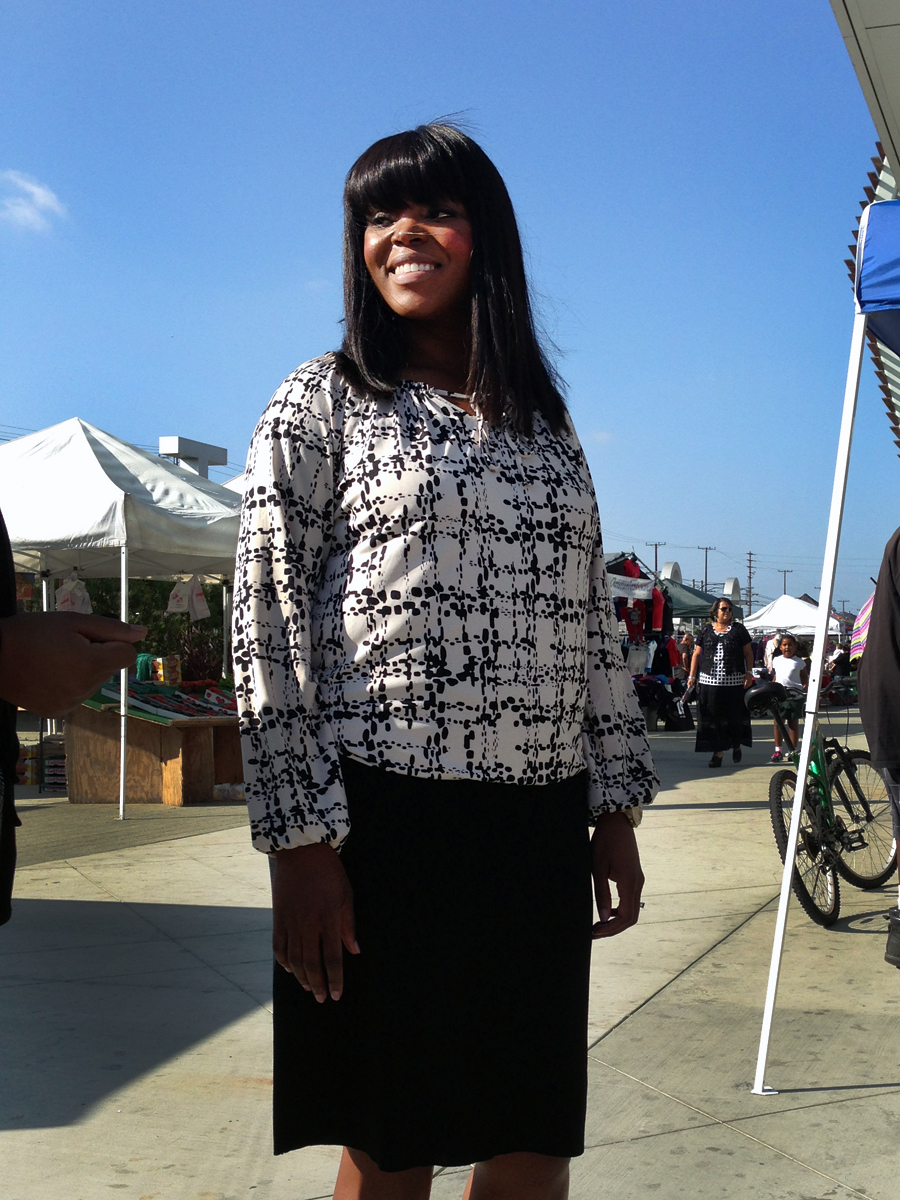 Mayor Aja Brown of Compton, Calif., has big plans to turn the city around.

Aja Brown made history this past summer when she became the youngest mayor in the history of Compton, Calif. There is a lot of buzz there around the charismatic 31-year-old.

The city of about 100,000 people just south of Los Angeles has long struggled with gangs and street violence. But it wasn't always that way. Compton flourished in the '50s and '60s, when its factory jobs were a beacon for African-Americans fleeing the South.

That's the Compton Aja Brown heard about from her family when she was growing up. Now, her grand plan to turn the city around is turning a lot of heads inside and outside of City Hall.

From Rap To Radishes

Most people around the world have heard of Compton in rap lyrics, embedded in drum beats and lines like: "I'm from Compton, where the wrong colors be cautious, one phone call will have your body dumped." 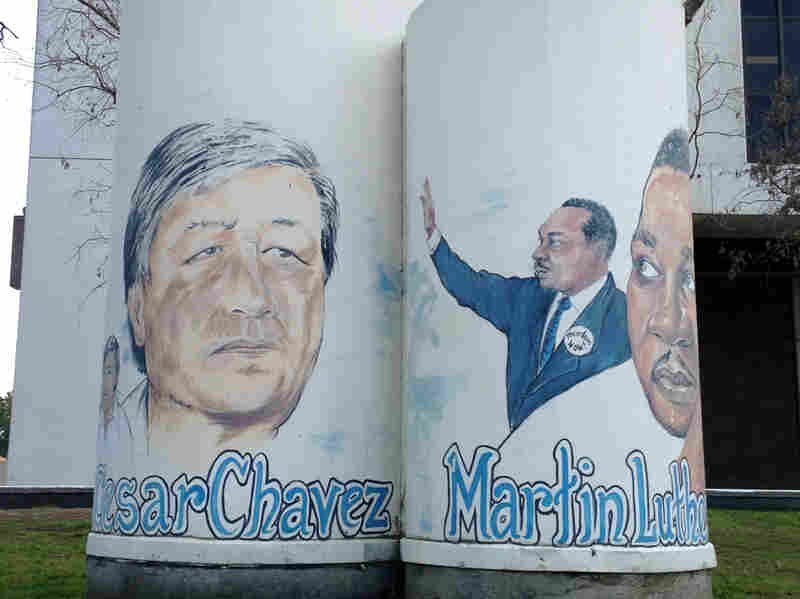 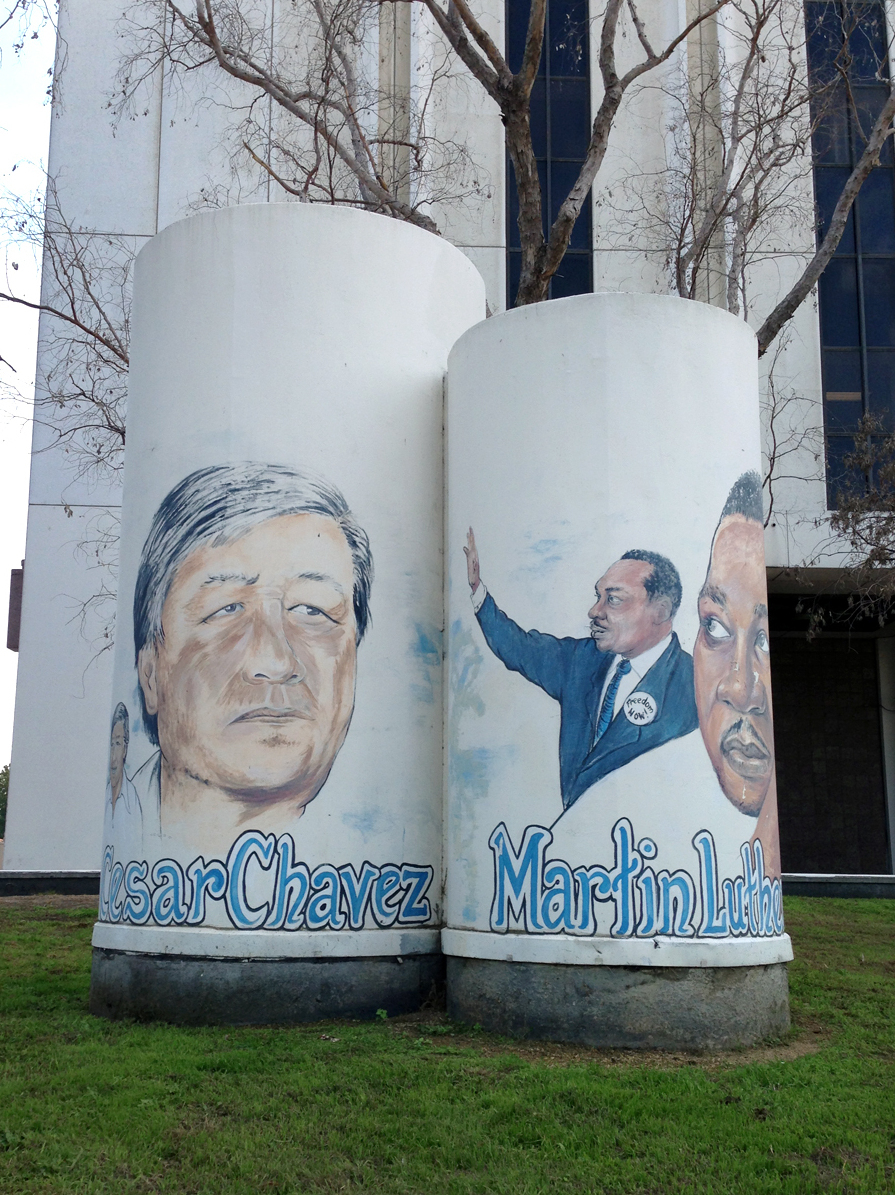 A mural in downtown Compton, Calif., puts Cesar Chavez and Martin Luther King Jr., side by side. The historically black city is predominantly Hispanic.

Rappers put this city on the map in the '80s and '90s. According to Brown, the reputation is still dragging the city down today.

"I think that as long as people can recognize Eazy-E and Dr. Dre, we have to work twice as hard to put a new image in front of the world," says Brown, who residents voted in handily in July.

Brown says if that image gets fixed, then other, tangible changes will follow. Her rebranding of Compton is already underway on a newly redeveloped stretch of Willowbrook Avenue.

Walking around Compton's new weekly farmers market, the mayor has shed her signature pumps for flats. Getting the market going was one of the first things she did when she took office. There hasn't been a farmers market in Compton for 25 years.

Brown grew up in nearby Pasadena, but has family roots in Compton. She has two degrees in urban planning from the University of Southern California and isn't lacking in confidence. And there are some early successes beyond just the farmers market to back that up.

Brown has already cut Compton's deep budget deficit nearly in half. She's started a gang intervention and community-policing program, an effort to smooth out decades of mistrust between this community and the L.A. County Sheriff's deputies who patrol it. She's also using tax incentives to lure more businesses — and young professionals like her — back to the city.

It's all an ambitious agenda that Brown says rests on image and community empowerment. In other cities, she says, citizens have a different relationship with their surroundings.

"In other communities, people don't throw their trash on the ground. If they see graffiti, they report it," she says. "And so, it really is going to be a change at the citizen's level."

It's a little too early to draw comparisons between Brown and fast-rising black politicians like Cory Booker or even Barack Obama in his early days. But there's a wide sense here, in this city plagued by years of corruption at City Hall, that she is going places.

One afternoon, at a new "Coffee with the Mayor" event at a local Starbucks, the buzz around Brown in the room is electric. People practically trip over each other to meet her and snap photos with her. Sarah Pendiman, a retired teacher, and her friend Jackie McGee, a retired nurse, stand at the back of the cafe, beaming.

"We have the capability of being a great city, and we were once," McGee adds.

A Deadly Year for the City of Compton

A Lot Of Problems Linger

Make no mistake, there are still a lot of problems here. Unemployment is stubbornly high. A recent weekend brought a slate of deadly drive-by shootings. It was a grim reminder that Brown's new gang and youth development initiatives have their work ahead of them. And earlier this year, the perennial racial tensions between blacks and Latinos were again thrust into the spotlight with two hate crimes.

Lifelong Compton resident Julius Franklin, who describes himself as half-black and half-Latino, was among hundreds to attend a unity rally in the days after those hate crimes. He says the new mayor is someone who can unite both sides.

"Sometimes it gets portrayed as something more serious than what it is. And a lot of those events are just isolated events," Franklin says. He says personal feuds are easily magnified into "an African-American against Latino thing."

Brown says her support base spans both sides.

"The Latino community and African-American community are very supportive," she says. "And we all want the same things."

She bristles a little at the topic of racial tension here, saying a lot of the violence can be attributed to "people outside the community."

"And you can't stop that, but you definitely can keep cohesion within the city," she says.

Brown says emphatically that City Hall has to start looking more like the city itself. She points out that in this past summer's election, voters also elected Compton's first Latino council member.

In front of City Hall, there's a huge mural of President Obama. It's hard not to draw at least one comparison — that like him, in these early days in office, people are pinning a lot of hope on her.