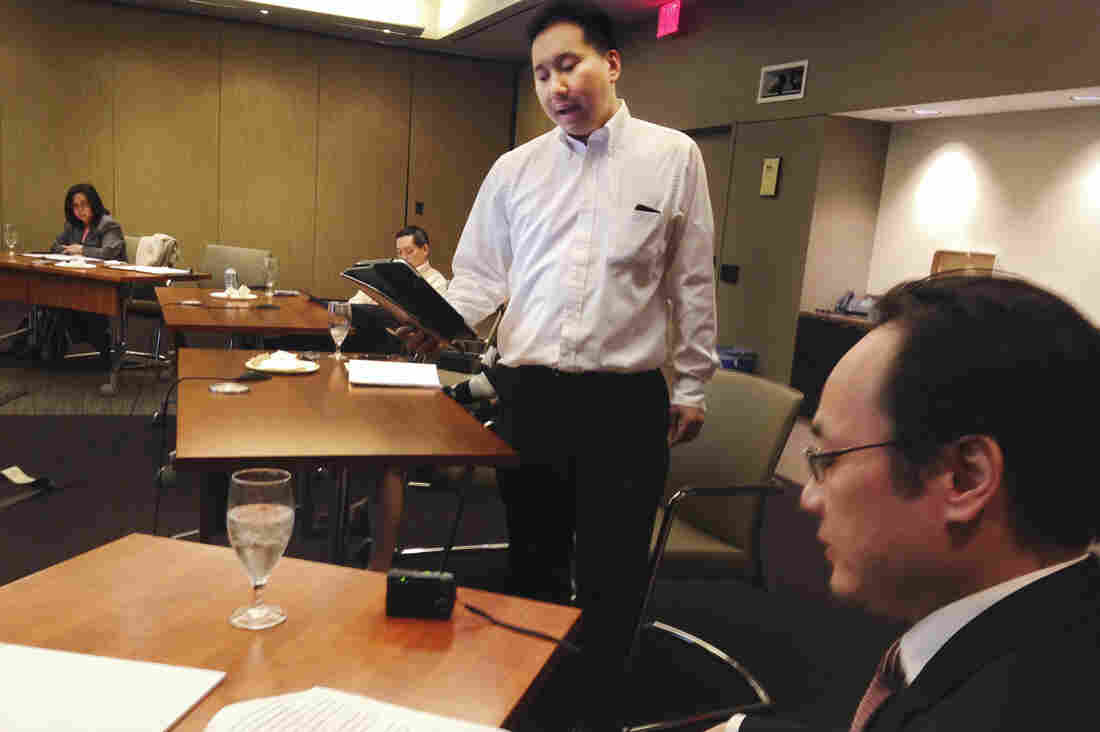 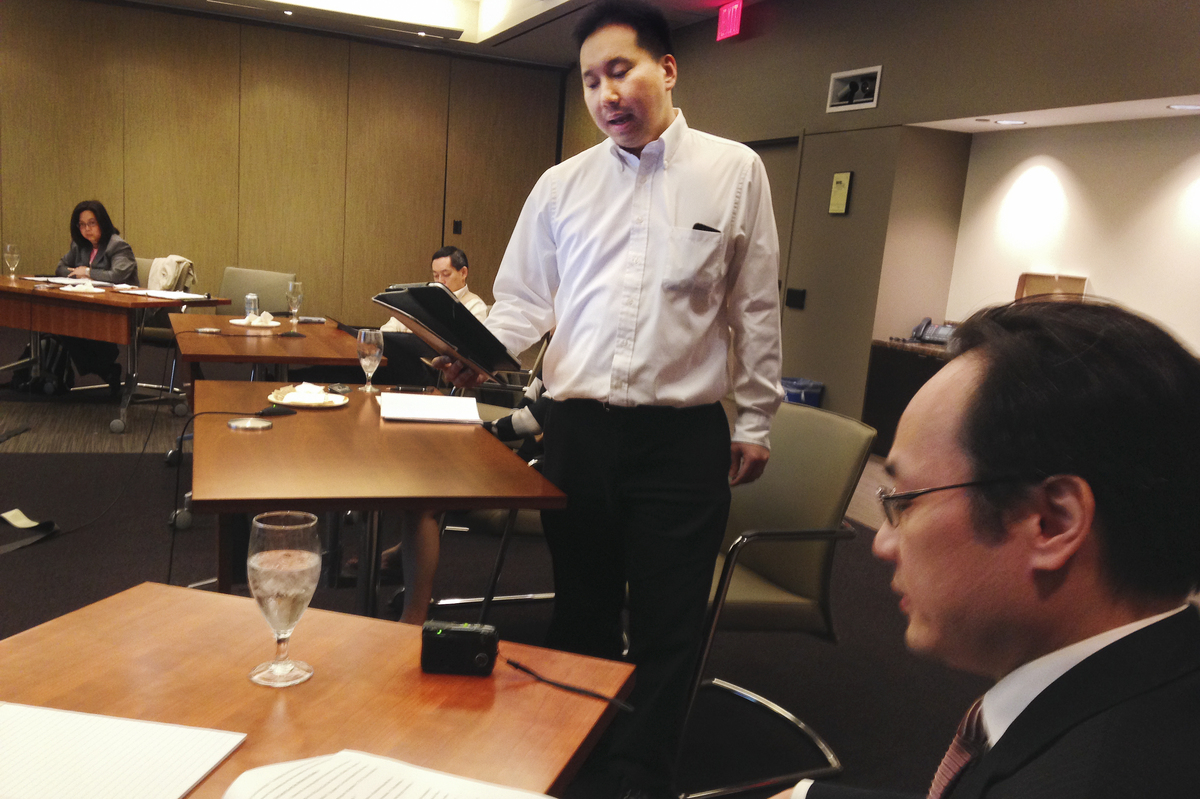 Attorney Francis Chin (center) runs through his lines with Yang Chen at a rehearsal for 22 Lewd Chinese Women, the latest trial re-enactment by the Asian American Bar Association of New York.

A cast of New York lawyers and a federal judge debuted a new production on Friday off-off Broadway — all the way in Kansas City, Mo.

Attorneys have gathered there for the National Asian Pacific American Bar Association's annual convention. For the past seven years, the meeting has featured dramatic re-enactments of historic trials involving Asian-Americans.

The latest courtroom drama by the Asian American Bar Association of New York is 22 Lewd Chinese Women. The production focuses on the 19th-century Supreme Court case Chy Lung v. Freeman, which involved a group of women from China who sailed to San Francisco without husbands or children.

California's commissioner of immigration at the time deemed them "lewd and debauched," and a state law banned the women from entering the U.S. unless each paid $500 in gold. The state law was ruled unconstitutional in 1875 by the Supreme Court, which reaffirmed that immigration laws are for Congress to decide.

Cast members recently held rehearsals for 22 Lewd Chinese Women in a 38th-floor conference room above the Hudson River at the law firm Cadwalader, Wickersham & Taft in Lower Manhattan. Some actors, too busy to leave their desks, conference-phoned in their lines, while those present, still in suits and high heels from a full day at the office, scrolled through email on their smartphones in between their scenes.

Costuming and sets are minimal. Actors stand in front of a projection of historical photos and carry scripts with them as they read their lines. But hundreds of hours are spent, often during weekends and vacations, to piece together scripts from old newspaper accounts, court transcripts and other historical documents, says attorney Kathy Chin, one of the key organizers of the productions.

Chin helps to write and narrate the re-enactments with her husband, Denny Chin, a federal judge on the 2nd U.S. Circuit Court of Appeals.

And these re-enactments may be coming to a stage near you. Chin says they've already received inquiries about their latest script from college theater departments in New Jersey, North Carolina and Kansas.

If you can't wait, check out some past re-enactments below.

The Murder Of Vincent Chin

The 1982 murder of Vincent Chin, a 27-year-old Chinese-American man, just outside Detroit launched a legal saga that galvanized the Asian-American community.

University of California, Hastings College of the Law YouTube

The Draft Resisters Of Heart Mountain

Sixty-three Japanese-Americans, who were interned at the Heart Mountain Relocation Center in Wyoming during World War II, were put on trial after refusing to serve in the U.S. military until their citizenship rights were restored.