Accessibility links
What Do We Mean When We Talk About 'Latino Art'? : Code Switch The question of categorizing art by ethnicity or gender is at the center of a very public debate surrounding a new show at the Smithsonian called "Our America: The Latino Presence in American Art."

"Meaningless," wrote critic Philip Kennicott in The Washington Post. In a review of the Smithsonian show, Kennicott was referring to the label "Latino art." (Yes, his word choice ticked off a lot of people, but more on that shortly.) Kennicott's point was that by grouping art by ethnicity, throwing together works by artists of different styles, periods and backgrounds, "you get a big mess."

Speaking to NPR, Kennicott defended his critique of the Smithsonian show:

"If we look at the art included in this exhibition, it includes everything from a Cuban exile who spent a lot of time in Paris and worked in a very cool, lovely, abstract style to Mexican-American artists who were doing a very political kind of art in Los Angeles. And one begins to wonder if there is, in fact, a lot in common between what they're doing."

So is there such a thing as "Latino art" or "Asian art" or "African-American art"? Are they "racial hang-ups," as African-American artist Raymond Saunders put it in his 1967 essay "Black is a color"? Or are they necessary categories that force white-run museums, publishers and concert halls to recognize artists of color?

These questions are at the heart of the debate ignited by Kennicott's word "meaningless." 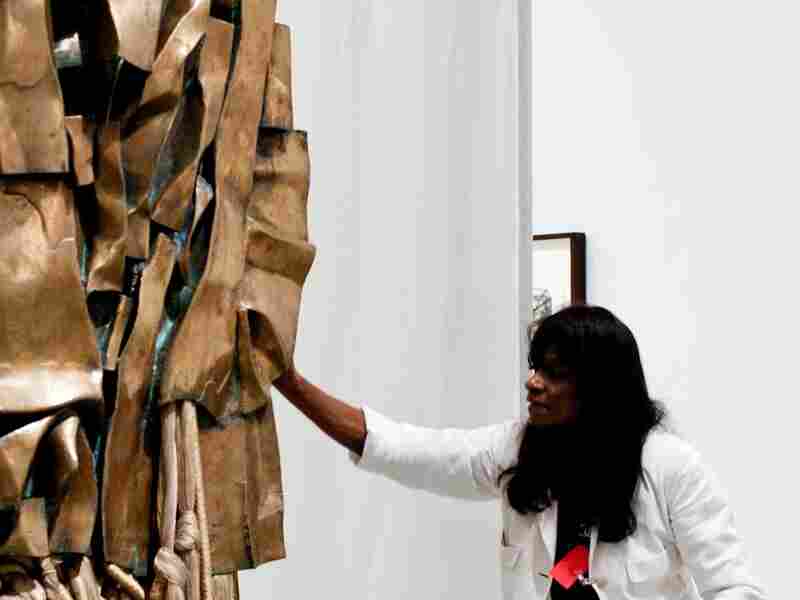 toggle caption
Courtesy of the Philadelphia Museum of Art 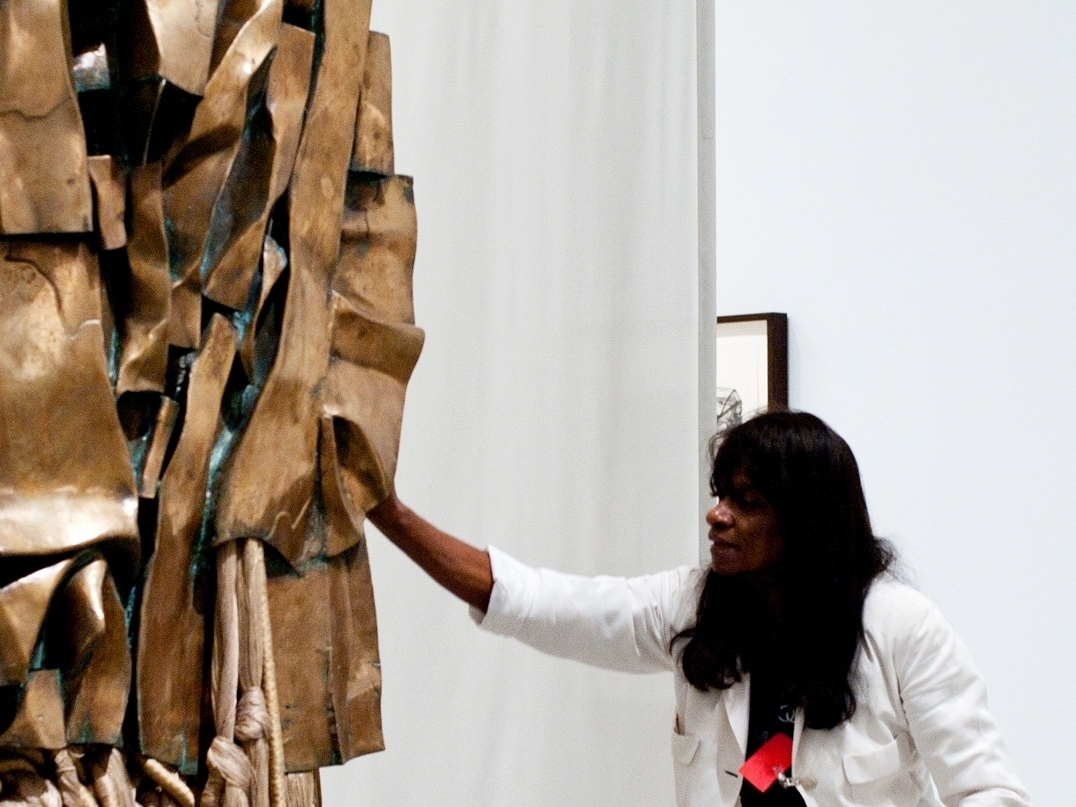 Sculptor and writer Barbara Chase-Riboud is troubled by race-based groupings. She currently has an exhibition of work inspired by Malcolm X at the Philadelphia Museum of Art.

Courtesy of the Philadelphia Museum of Art

"I was pretty stunned," says New York-based artist and filmmaker Alex Rivera. So he posted some angry comments about Kennicott's review on his Facebook page. Rivera told NPR that he and other artists have seen these reviews before. "Every so often there's a show, kind of like the one at the Smithsonian, that gathers our work together and gives it a venue," Rivera says. "And every time that happens, there's a review that says putting our work together is a bad way to organize art." Yet, Rivera says, critics rarely review the work itself. Rivera also notes that critics do not question such equally broad categories as "American" or "European" art.

It was a lively Facebook thread with several people in the Latino arts community chiming in. Artist Judithe Hernández wrote, for example: "When was the last time the Guggenheim, Whitney or MOMA, exhibited contemporary Latino American artists?"

Even Kennicott chimed in. "I was kind of the skunk at the party in those discussions," he says. "But I was interested because it was a good conversation." Kennicott was so interested, he invited Rivera to square off with him in The Washington Post.

Someone who didn't weigh in on the volatile discussion was Smithsonian curator Carmen Ramos. It took her three years to put together "Our America." With 92 artworks by 72 artists who have roots throughout Latin America, it's an extensive survey that covers the period from the mid-20th century to the present.

Ramos fully agrees the term "Latino art" is extremely broad. It's also extremely rich, she says, yet many of the artists in the Smithsonian show — regardless of style — have been ignored by mainstream museums. "We use the term 'Latino art' as a construct, as a handle, really, to talk about an absence in the way that we think about American art and culture. That's why the word 'presence' is in the subtitle. Presence is the opposite of absence," Ramos says.

But that brings up a larger issue: Are museums doing an artist a favor or a disservice when they group shows together around ethnicity or gender rather than aesthetics? Adrian Piper believes it's a disservice. She's a conceptual artist whose work is in the collections of major museums, including the Museum of Modern Art in New York. She recently demanded that a film of hers be removed from a show of black performance art. Piper preferred not to be interviewed, but she sent NPR the email she sent to the show's curator. In it she wrote that "as a matter of principle," she does not allow her work to be exhibited in "all-black shows," because she believes these shows "perpetuate the segregation of African-American artists from the mainstream contemporary art world."

I would love to be in a universe where we don't need to have culturally specific museums because we do have a diverse museum world that represents all of us. ... But I don't live in that society right now.

Sculptor and writer Barbara Chase-Riboud is equally troubled by race-based groupings. She currently has an exhibition of work inspired by Malcolm X at the Philadelphia Museum of Art. She's also the author of Sally Hemings: A Novel. From her home in Paris, Chase-Riboud says these categorizations happen not just in the visual arts, but in music and literature, too.

"I don't think people really understand the almost humiliation of being a creative person who thinks and believes he is doing something original and doing something universal, to suddenly be lumped in with anybody or everybody who has the same skin color. There's no logic to it," Chase-Riboud says.

She believes it also lets institutions off the hook. "So if they had one black show per year, they could go on doing business as usual for the rest of the year, which is why certain black writers have stopped publishing in February," she says. Black History Month might have been created "for good reasons," but Chase-Riboud says it now feels like "tokenism."

Nonetheless, some in the Latino arts community say that the show at the Smithsonian is a major milestone. New York University professor Arlene Davila says "the whiteness" in the art world exists "at all levels." So identity-based shows like "Our America" are the only ways Latino artists can stand on such a big stage.

In fact, Davila supports the ongoing campaign for a Smithsonian museum dedicated to Latino culture. "I would love to be in a universe where we don't need to have culturally specific museums because we do have a diverse museum world that represents all of us," Davila says. "But I don't live in that society right now. I don't know if we're going to be living in that society a hundred years from now, the way we are."

The Smithsonian exhibition "Our America: The Latino Presence in American Art" is on view in Washington until early March. Then it begins a national tour.