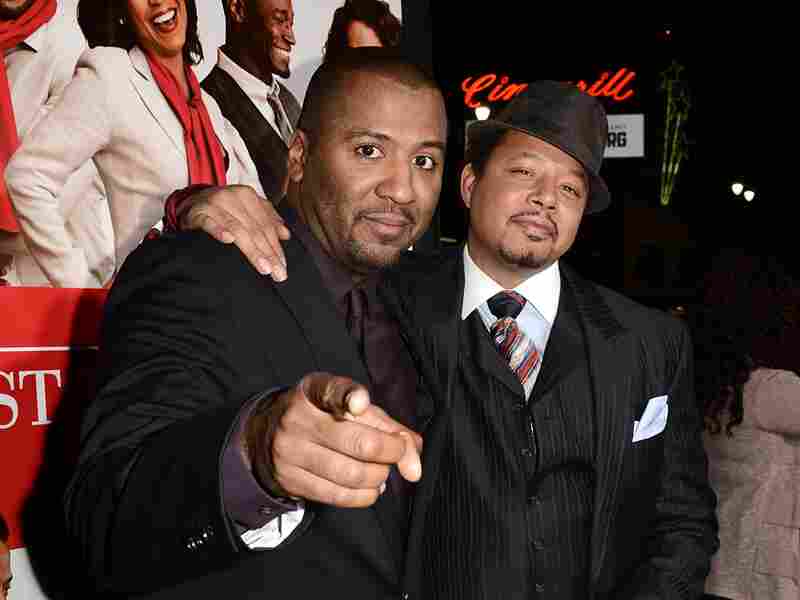 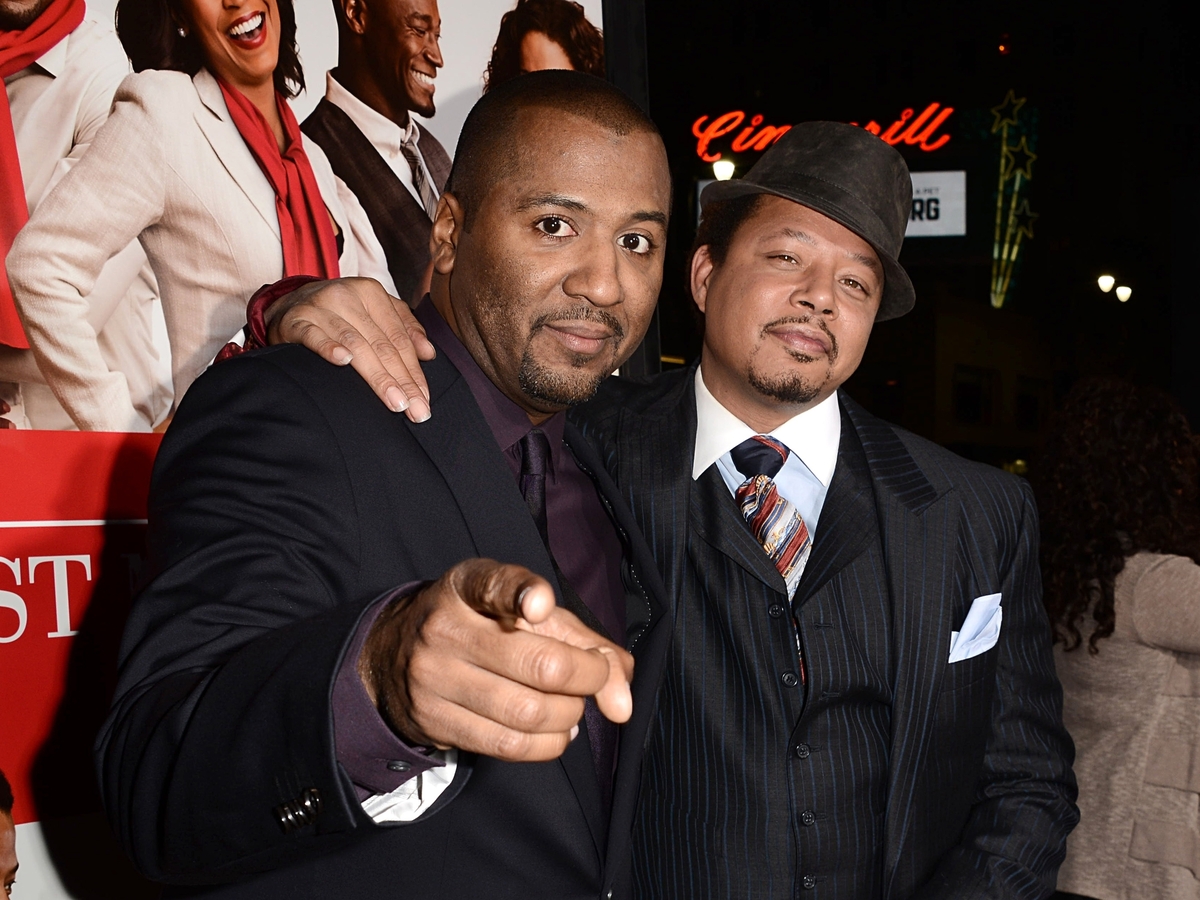 Director Malcolm Lee (left) and actor Terrence Howard on the red carpet for the world premiere of their movie, The Best Man Holiday.

Somewhere between Gray Thursday, Black Friday and Cyber Monday, a lot of us pulled ourselves out of our turkey-induced stupors to go to the movies. And one of the top performers over the long weekend was a movie that's been around for a couple of weeks and is still pulling viewers in. Malcolm D. Lee's The Best Man Holiday is a sequel to his 1999 sleeper hit, The Best Man, and despite having opened last month, it had the fourth-highest box-office tallies this weekend.

The movie stars an almost all-black ensemble cast, with some very recognizable names — Taye Diggs, Terrence Howard, Nia Long, Sanaa Lathan — but if you want to stay on Lee's good side, you will not refer to this as a black movie or a race-based movie. Several early reviewers received a cascade of scalding tweets, Facebook posts and emails from the movie's fans when they did. That reaction is an updated version of the cultural cluelessness that occurred when The Best Man debuted in 1999.

Director Malcolm D. Lee says he probably could not have made The Best Man if other movies about middle-class black life hadn't primed audiences to consider that such people really do exist.

The suburban affluence pictured in 1995's Waiting to Exhale was an eye-opener for many viewers, and a cross-racial success.

Lee deeply believes that in both movies his cast is grappling with life issues that are universal — finding the right mate, searching for professional success and gratification, wondering how to craft a secure future — and not at all race-based.

"I always tell people when the first Best Man came out, I wrote the right script at the right time: It was an opportunity for people to see African-Americans as just people."

"It's so refreshing to see yourself on-screen, and to see yourself in the way that you actually live your life," Donloe says. When that's done, the box office really responds. Yet, she says, Hollywood still treats each successful film about normal black life as a happy fluke.

In 1997, black bohemian life in Chicago was the foundation for Love Jones, a much beloved romantic drama that starred Nia Long and Larenz Tate.

In fact, race qua race was brought up only once in The Best Man Holiday, when writer Harper Stewart (Taye Diggs) comes by to see old friend and almost-girlfriend Jordan Armstrong (Nia Long) at her spacious office, where she's a programming executive at MSNBC. Harper is startled to be introduced to Jordan's boyfriend — a charming, dimpled, easy-going lawyer named Brian McDaniels (Eddie Cibrian). Who happens to be ... white.

After Brian leaves the two old friends together, Harper can't resist ribbing Jordan, as he puts on his "white guy" voice to imitate Jordan's new man.

"Brian McDaniels," Harper smirks, in a plummy baritone, "I like to ski in Vermont." (Apparently Vermont instantly telegraphs The Whitest Place Possible.) "I like dating chocolate girls ..."

McDaniels is symbolic of the changing choices black women are making, Lee says. "There are a lot of black women, professional, who are very ambitious, who don't always have that black male counterpart. So I thought it was completely believable to have a person outside Jordan's race be interested in her." And in this case, Lee's art is imitating life: The skyrocketing numbers of interracial couples indicate that dating outside one's race is becoming more and more common. (And Long actually suggested that Jordan's significant other be nonblack as recognition that things are changing.)

Soul Food, released the same year, chronicled the ups and downs of an extended family that comes together when a crisis strikes — and inspired a subsequent television series.

Although early numbers of The Best Man Holiday indicated the film's audiences were almost entirely black, later reports have been more ethnically varied. Reports from several Los Angeles theaters say the crowds to see the movie have been multiethnic, and heavily female.

Lee is happy that black audiences recognize themselves in the film and that nonblack audiences are getting a look at black life that isn't often shown in mainstream media. He's particularly happy that they're seeing a more balanced vision of black men. That's been his mission since forming his production company, Blackmaled, two decades ago.

Lee believes black men feel culturally blackmailed, as they are often portrayed as hyperaggressive, violent, surly, thuggish. Basically, to borrow another filmmaker's title, they're a menace to society.

And, he adds: "Not only are black males blackmailed from the general public, they also blackmail themselves into believing there's a certain way black males have to be in order to be really black."

With the characters from The Best Man Holiday and his other movies, Lee says, he wants audiences to see that real black men are tender as well as tough, protectors of their women and children and unafraid to stand up for what's right, even when it costs them. He wants them to be seen as best men in every sense of the word.